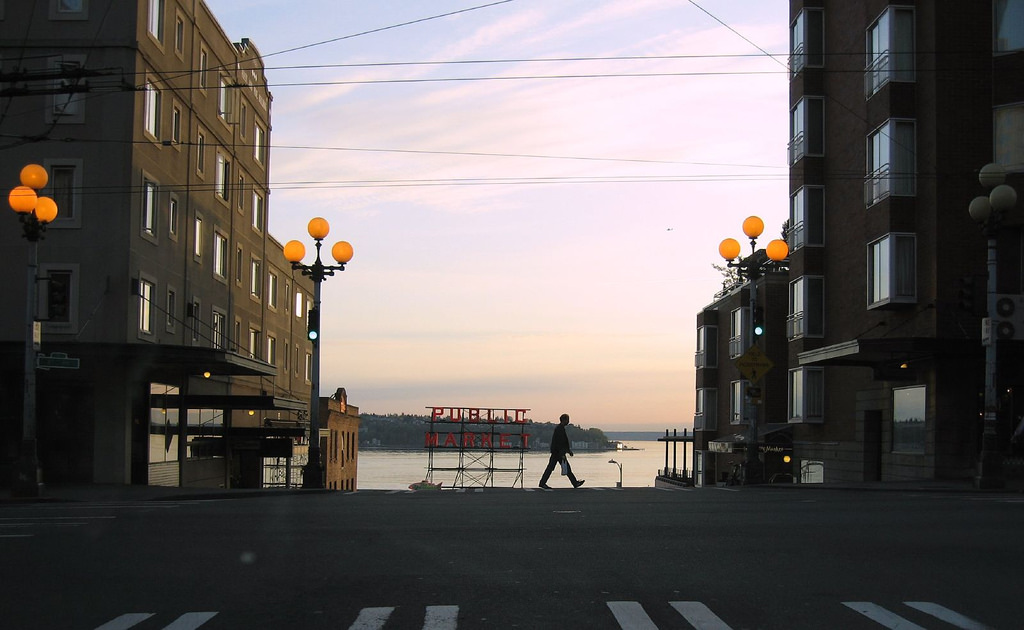 A few weeks ago, the good people at CityLab, the Atlantic’s website celebrating all things urban, asked me to get out my crystal ball and predict what the big headlines will be in Seattle in the year ahead. You can read my full response here, but it won’t surprise anyone who follows the news in this town. The three biggest issues that will dog Seattle in 2017, I said, will be skyrocketing housing costs, homelessness and police reform.

All three are at critical pivot points right now. The coming year will show us if we have the fortitude to take action that could lead to real change, or whether we’ll be content to slap Band-Aids on them as we have in the past.

Ruminating on that question set me to thinking about a larger challenge that Seattle faces right now — a conundrum captured recently by longtime Seattle sportswriter Art Thiel, writing for Crosscut about the University of Washington’s winningest football team in years. He quipped that the toughest part of coach Chris Petersen’s job wouldn’t be leading his team to the Pac-12 Conference championship (he did that, ably).

“The heaviest lift for Petersen will be managing success,” Thiel wrote. “In big-time college sports, being the best can bring the worst.”

He then reminded Huskies fans of the devastating scandals that engulfed past teams, such as the Rose Bowl-winning 2000 squad that, it was reported only later, included players suspected of domestic violence, rape and robbery.

While I’m not much for sportsball metaphors, this one seems particularly apt: Seattle is currently an economic powerhouse, but success brings its own set of perils.

Just look at this place: We're living the dream. The economy is booming. People and employers are arriving in droves. But it has become abundantly clear that not everyone is profiting from this explosion. Our middle class has been hollowed out. The historically African-American Central District is now less than one-fifth black. The gayborhood just isn't what it used to be.

Just this week, the Seattle Times provided a stark reminder that the apartment-building boom has been largely “luxury units” that bring developers the most money, while the parts of the city that need living quarters the most are not getting them.

While the housing market has shown signs of softening lately, no one is predicting a bust, at least not soon: Housing costs and rents are just projected to increase more slowly than they have in the past few years.

Of course, any longtime Seattleite will tell you that every boom is inevitably followed by a bust. And with President-elect Donald Trump raising the specter of trade wars and cooling relations with China (and threatening to cancel Boeing’s contract for Air Force One), it’s anyone’s guess what the future will bring.

But the good times are rolling, at least for now, and at least for some. So how does a prosperous city manage this success?

Having lived through a few booms and busts myself, here’s what I would suggest: Use what’s left of the boom to prepare for the next bust — and to help those who never benefited from the boom in the first place.

Get serious about funding, and building, affordable housing. Put in place more protections for mom-and-pop businesses. Rebuild the public schools. Do more to draw immigrants and refugees into the city’s social and civic fabric. Get a grip on the homeless crisis. Fix the damned streets. Invest in that much ballyhooed, but still tattered, bike infrastructure.

Prepare for the Really Big One — and the Even Bigger One. Nothing says bust like a megaquake.

Maybe even consider deliberately dampening the boom a bit. North of us, in Vancouver, B.C., the provincial government last summer instated a 15 percent surcharge on foreign buyers who have been blamed for skyrocketing home prices. Foreign investors walked away; many of them headed south to Seattle. Still, it’s something worth considering in this town that has ridden an economic rollercoaster for much of its young life: Success may not be worth the price we’ll inevitably pay.

Seattle has started, however sluggishly, to think about many of these issues. But have we done enough? Have we addressed the root causes of the problems that continue to dog this region year after year? Not by half.

The coming year will tell us just how serious we are about backing our progressive values with action.