One of the vocal Seahawks is really annoying 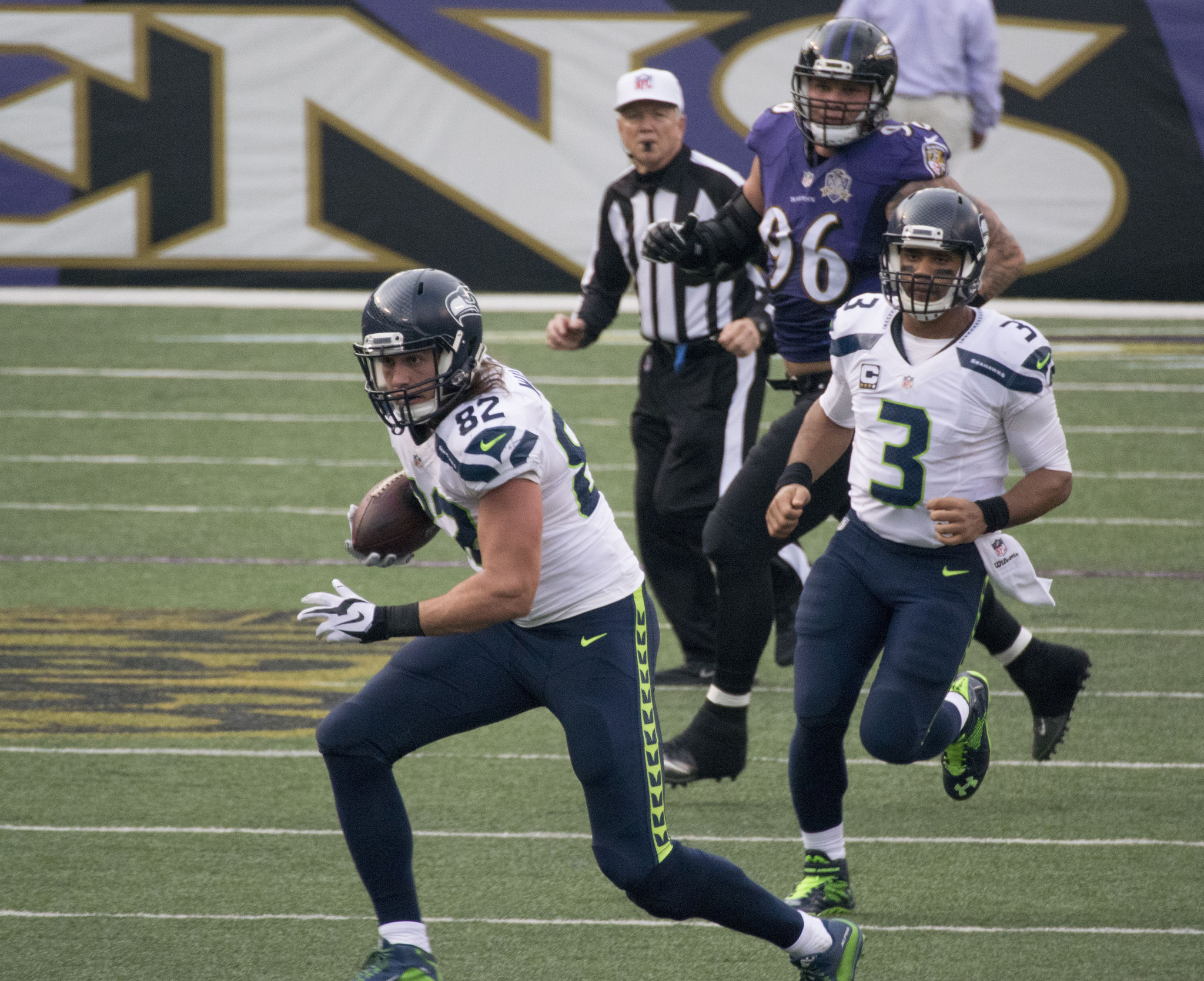 Many of the Seattle Seahawks are outspoken, and I love them for it. Richard Sherman, Doug Baldwin, Michael Bennett, to name a few, are often insightful and passionate on race, politics, football and society. Marshawn Lynch, when he was here, was like a work of performance art critiquing the whole culture of football with his words — and non-words.

Whether I agree or disagree with them, I’ve generally appreciated the substance of their commentaries. I love the Seahawks’ knack for hiring players with strong convictions and personalities. In a very un-military way, they see this as strength, not weakness.

There’s one Seahawk who is outspoken who I like as a player, but when he talks about matters outside of football, I wish he’d stay quiet. It’s Luke Willson, the journeyman tight end recently re-signed by the team.

Willson, you see, loves conspiracy theories, zigging when others are zagging.

Willson is skeptical about vaccinations. He suspects there’s a conspiracy in the food industry to intentionally poison Americans with sugar. Dumbest of all, he is a so-called “truther” on the subject of the moon landing, which he suspects never happened. It was all a hoax, fake news. For someone who has “researched” the subject, apparently he’s never heard of Snopes.

Such ideas make for fun talk radio fodder, and he airs these views on stations like 710ESPN and KISW. The hosts, even when they disagree, egg him on, tease him. Maybe his embrace of conspiracies is shtick, though it sounds pretty genuine to me.

When I hear him speculate about how the Apollo 11 landing was a Hollywood production, I wish he would say that to Buzz Aldrin’s face. Aldrin, who landed on the lunar surface with Neil Armstrong as the world watched, is a tough guy — I think the kind of individualist Luke Willson might like if he wasn’t obsessed with speculating that men like him are frauds.

Aldrin is also an ambassador for science and space exploration around the world, even into his ’80s. Aldrin once punched out a guy who accused him of being a liar, thief and coward for claiming to have gone to the moon.

Willson is not alone in questioning reality these days. Reality is under attack from top people in Washington — climate change deniers for example, like the new head of the EPA. President Trump lies almost continuously. Robert Kennedy, Jr. has spoken to J.Z. Knight’s followers and says he’s going to be part of a Trump-organized anti-vaccination commission.

In the sports world, some NBA basketball players have recently said they believe the earth is flat because they’ve done their own research on the subject. Though some, like Shaquille O’Neal (a PhD holder), have backed off saying they were only joking or putting one over on the media.

Cleveland Cavalier player Kyrie Irving has justified his round-earth skepticism by saying, “I’ve seen a lot of things that my educational system has said that was real that turned out to be completely fake. I don’t mind going against the grain in terms of my thoughts.”

Hey, I can be contrarian too, but when I sent away for flat-earth literature 50 years ago and got a mimeographed letter in response from a P.O. Box in Arizona, I didn’t have to think too hard about who was more credible, a guy in a trailer suffering from heatstroke or my science teacher.

Questioning authority, I think, is more what this is about than the absolute conviction that the earth is a pancake or Buzz Aldrin made his fame on a soundstage.

If the 1960s were about challenging the establishment, the early 21st century is seeing a resurgence of people who want to replace facts “with alternative facts.” And the Internet gives them some fire-power to do so. It can be effective: Look who’s president.

But conspiracy theories, rather than genuinely challenging conventional wisdom more often seem like comfort food for the confused and paranoid, a manufactured “reality” where one can soothe oneself by claiming that nothing, after all, can be known and that your “own thoughts” are enough to settle any matter. We used to call this phenomenon “Ignorance is bliss.”

I wonder how Luke Willson would feel if there were a group that didn’t believe he or his teammates had won Super Bowl XLVIII? That insisted it was made up by the networks and the NFL to keep Paul Allen — who is probably a super alien working on mind control — happy.

Can Luke Willson prove that the Super Bowl wasn’t just some VR event? That he was even there? Eyewitnesses and filmed evidence, as with the moon landing, can’t be believed, right? Most of the millions who saw it weren’t actually there. That grand Seattle victory parade, it must have occurred on a Vancouver, BC soundstage!

It is true that we are often taught things that turn out to be false or incomplete. Ideally, we change our views as we learn more facts. Science works that way: testing, adjusting, questioning, finding answers. But there’s a difference between honest skepticism and the faux skepticism of embracing conspiracies because you prefer to live in a world in which there are no answers but your own.

Luke Willson is charming and can be very insightful when talking about his personal experiences as a player. And, of course, he has the right to believe or say whatever he likes. But his moon denialism is one large step out of pace with a town promoting STEM education for young people and where the next phase of the Space Age is being shaped.

I don’t think he does his own reputation — or the Seahawks or Paul Allen’s reputations — any credit when he suggests that national heroes like Buzz Aldrin, NASA and the many thousands of other people who have made the space program go, are in effect, liars. There are enough people out there shredding reality already.