Why can't Seattle and the rest of WA just get along? 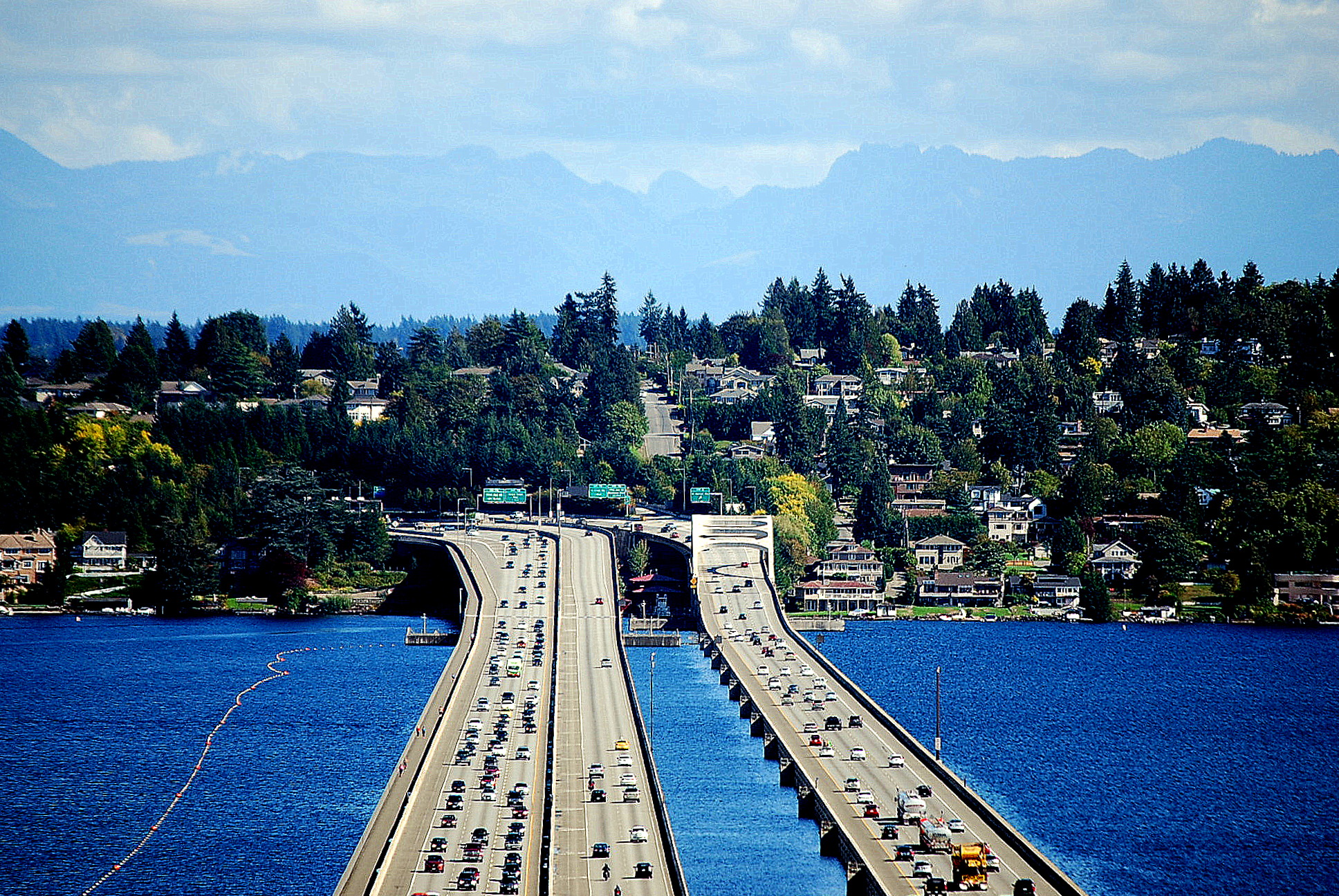 Mercer Island and the I-90 floating bridge: How connected are Seattle and the rest of the county and state?

Why do they hate us?

Olympia simmers with dislike for Seattle. The 900-pound gorilla of state politics and the economy is hard for many to be friends with.

We’ve thrown our weight around, demanded resources, sucked oxygen out of the room. We flourish while some other parts of the state lag.

Demanding an expensive waterfront tunnel for a state highway was one example that alienated others. We got the funds because the Legislature said we’d have to pay for cost-over runs on the project, but we immediately balked at abiding by the letter or spirit of that legislation. It’s unclear who will pay for them, only clear that many, many lawyers will be paid.

Some non-Seattleites just think we’re nuts. The state has rejected, many times, a progressive income tax. Supporting such a tax is fatal to statewide political ambitions — which is why Gov. Jay Inslee won’t back one. Yet the Seattle City Council is now planning a test case to challenge a 1930s court decision that said a progressive income tax—charging the rich more than others—was unconstitutional. Seattle would like to impose such a tax on its residents, figuring that there’s a lot of money in a city where the median home price is over $700,000. It’s a tall legal hill to climb to get to an income tax, and at this point only tax-friendly Seattle is climbing that hill.

Ultra-conservative Republican state Sen. Phil Fortunato of Auburn, who is working with a Republican in the House on proposals to explicitly block any option for Seattle to enact an income tax, had this to say about Seattle in a recent KING-TV interview: “Seattle has gone so far off the left cliff that the rest of the county is paying for Seattle's craziness.” He seems to think we’re Kim Jong Un crazy.

As a result, he wants to make it easier for counties to split up and re-form and has a bill he hopes to pass in the next few sessions that would do that. Fortunato would really like to see the rest of King County to split off from Seattle — kind of like cutting off a family’s out-of-control black sheep member. “They could have a $25 minimum wage. They could give away free needles. They can do whatever the heck they want, they just can't do it with my money," he says. Let the inmates run their own asylum seems to be the message.

One reason for such divisive thinking is the trend for people to “cluster.” Liberals live in cities, conservatives in rural areas — it’s the geographical reality that mirrors the divides on the internet and cable where viewers tilt their good ear toward their ideological soulmates, red or blue or off-the-rails.

Urbanists tend to dismiss suburbs as a moral and environmental problem (sprawl) and rural residents as ignorant, plus unappreciative that urban taxpayers send much of their tax money to support parts of the state they’ll never see. Many non-urban residents think Seattleites are arrogant, profligate and part of a selfish liberal elite.

But in an April statewide poll by Seattle’s Stuart Elway, the pollster found that there were really only three major areas of disagreement on issues between voters in counties that went for Donald Trump and Hillary Clinton. These were on environmental regulations (the majority in Clinton counties said they were worth it), government waste (majority in Trump counties said “government is almost always wasteful and inefficient”), and whether government should ensure that people have food and shelter (majority in Trump counties said “no”). Important as these issues are, one would think that all could be negotiated — the percentage gaps in agreement are fairly narrow.

A declining trust trend, which probably aggravates our differences, predates the “clustering” phenomenon. Since the late 1950s polls have found that trust in national government has declined steadily. In the John F. Kennedy and early Lyndon Johnson years in the 1960s trust that the U.S. government would do the right thing was high, at about 77 percent. That number has plummeted in 2017 to only 20 percent. The approval rate for Congress is also 20 percent as of April. This makes governing hard in a democracy.

Not all modern, industrial countries are experiencing such trust declines. Many high-tax, high-growth, liberal democracies have seen trust grow — Germany and Sweden are examples. Having decent healthcare helps, and good labor laws.

Seattleites like to raise their taxes for social good, believing that even imperfect or expensive plans still net out positive (the waterfront tunnel, light rail, the $15-and-hour minimum wage). But, Seattle’s comparative confidence in government is not shared by many in Olympia or the rest of the state. The result is legislative gridlock on such big issues as education and taxes, and monkey-wrench-style statewide initiatives.

Sowing trust is a long-term thing, and it won’t be achieved by initiative or the next election. It’s a generational problem. Getting people out of their red and blue bubbles is one positive step — decreasing regional ignorance on everyone’s part. At least it’s a place to start.