Seattle needs to bake a bigger housing pie, not slice it up with rules and fees that fail to create affordability. 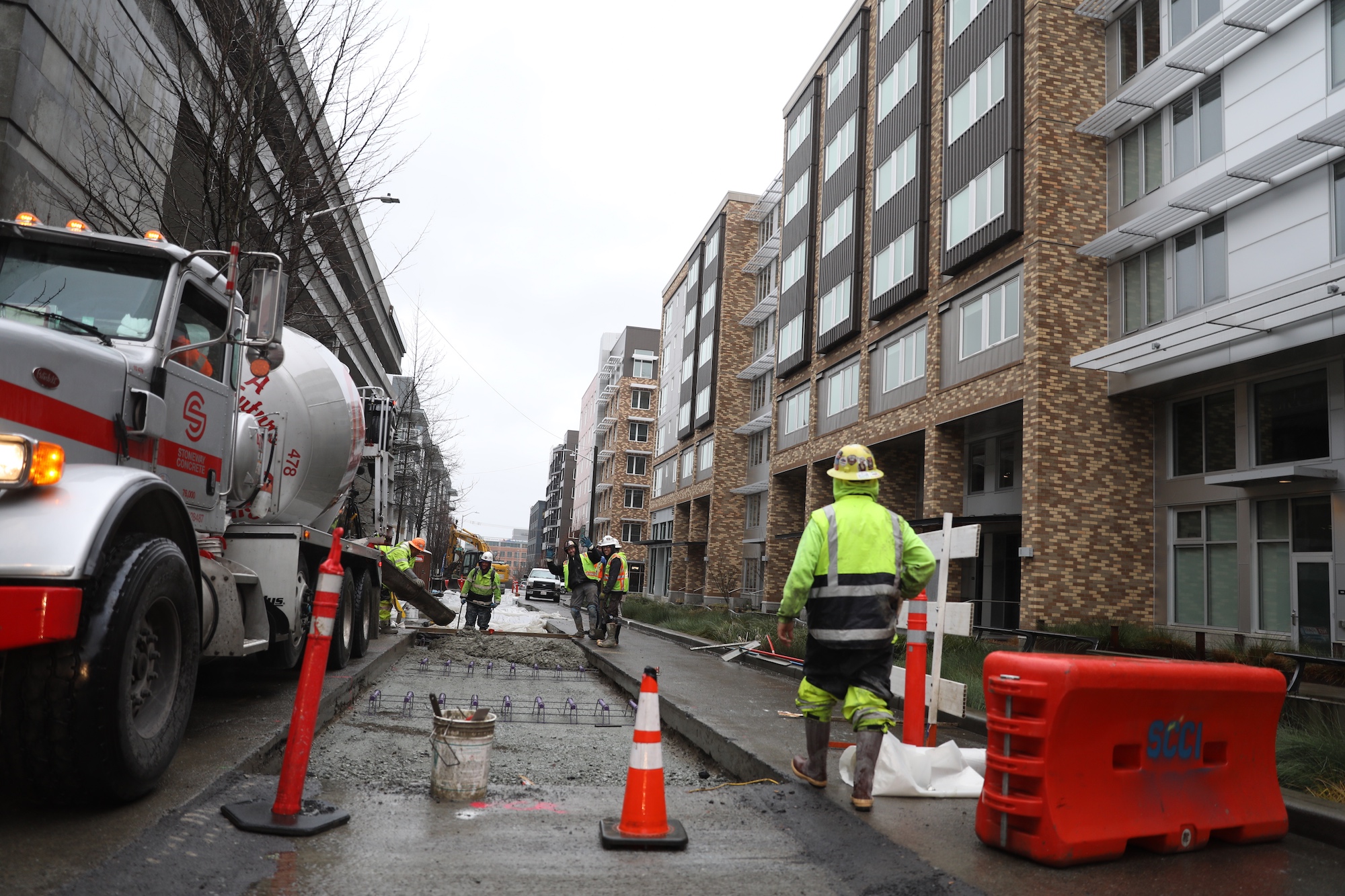 The Stack House Apartments in South Lake Union are being built to include affordable units under a program that offers a tax exemption to encourage inclusion of people with a wider mix of incomes. (Photo by Matt M. McKnight/Crosscut)

When I talk to audiences about housing issues I often start by talking about pie. If you’re preparing dessert for a dinner party and you have an unexpected surge of guests, you have two choices: Slice the pie you’re making thinner and thinner to accommodate the guests, or bake more pies. The world, I suggest, is divided into the Thin Slicer and Bake More camps.

When it comes to housing, what makes sense is to get out of the way of the market and make more housing. But Thin Slicers see new housing as a problem, an impact. So, they want to put fees on any new housing to discourage its production, and then slice up the housing pie into some smaller pieces of subsidized housing. But this means the pie won’t get large enough to fill everyone’s needs. So, it just makes all housing scarcer and more expensive.

In the manner of Thin Slicers, the Seattle City Council and the mayor are pursuing something the city calls mandatory housing affordability, or MHA. The MHA program is a version of mandatory inclusionary zoning (MIZ), a scheme that grants additional development capacity to producers of housing in exchange for setting aside some housing that is “affordable” — that is, priced less than most market-rate housing. If a Seattle builder doesn’t want to include this kind of housing in their projects, they can instead pay a fee based on the square footage of new construction. These funds then go to the city’s Office of Housing, and then, later, the money is granted out through a process called a “notice of fund availability,” which nonprofit housing agencies can seek.

This approach — what its supporters proclaimed as the “Grand Bargain” when it was unveiled during Ed Murray’s time as mayor — will supposedly create densely built housing, because builders would add more units (including ones with lower rents) to a proposed project. The density, it’s claimed, will mean both more profit and more subsidized housing.

So, you’d think developers would clamor for all that extra density, right? But, the city’s own environmental impact statement (page 4.12), issued in November, admitted that developers likely wouldn’t build subsidized housing on the site of new projects, so they must be forced to pay fees.

So people who build housing will mostly pay the fee, which ranges from $10 per square foot to more than $30 per square foot depending on the location. Supporters reason: “Well, they pay the fee but they make more profit to offset that fee.” Supporters also argue that we get more housing because of the extra capacity granted and the funds generated for nonprofits. More density and more money for nonprofits that provide housing is a win-win, right?

I’ve been saying for years — especially when I was part of a coalition of builders and developers opposed to a voluntary density-for-cash-payment program — that the additional costs and risk associated with building more, along with the fee, made projects infeasible. It took the Sightline Institute, which studies sustainability and prosperity, years to do the math, but they came to the same conclusion: Forcing the purchase of additional square footage will make many projects infeasible, and when they do work, it will be because prices for housing will have to go up to rationalize the additional costs. This is the exact opposite of what we need.

But doesn’t all that money squeezed out of the market for subsidized housing still help?

Consider the economics of nonprofit housing development in Seattle — a well-intended model but one that recently produced just 88 units at a project called 12th Avenue Arts for a staggering $47 million, or about $500,000 per unit. That’s the purchase price of a townhouse in north Seattle or a condo in Capitol Hill (this figure is disputed by nonprofits and is currently under legislative review). But the project must house homeless people or people who are very poor, right? No. To make the project work, rents had to be set to the subsidy limit, 60 percent of area median income (AMI) — or about $1,100 per unit for a person earning $40,000. A person working full time making $15 an hour earns about $30,000 a year. So, a lot of people, especially among those who most need housing, are priced out from the start.

Why is this housing so expensive to build? For the same reason market-rate housing is: too many barriers, limits, rules and costs like design review and parking requirements that are self-imposed by the City Council. At a recent executive committee meeting of the board of directors of Capitol Hill Housing, a public development authority, a board member said of higher costs: “We could give examples of why it might be more expensive and that those things should be changed [i.e government regulations].”

Still, this is the Thin Slicer solution: Impose more limits on housing production to protect people who live here now. Then, as prices rise and more people struggle and qualify for subsidies, put a fee on the production of housing and give that to nonprofits (who labor under the same regulatory regime) to build some more subsidized housing. This pushes prices higher, creating a need for more subsidies.

While this makes for great political talking points, this cycle of exaction and subsidy is unsustainable and inflationary — making it more and more difficult for people with less money to live in cities.

On the campaign trail, Mayor Jenny Durkan was fond of saying that Seattle needs more affordable housing. Wrong. We need more housing so that it will be affordable.

Yes, many in our city need help. But programs we already have like the Multifamily Tax Exemption (MFTE) have created in recent years more than 2,000 units of housing for people earning about $20 per hour, the same people served by pricey nonprofit projects. The MFTE program is efficient and, because it wisely uses tax exemptions rather than fees, it doesn’t boost the overall cost of housing and the private sector takes on the risk of building.

If Seattle is in a housing crisis, it is a manufactured one. Why not manufacture more housing on the ground of all kinds, in all our neighborhoods for people of all levels of income rather than a crisis? Let’s make more pies — and lots more housing. 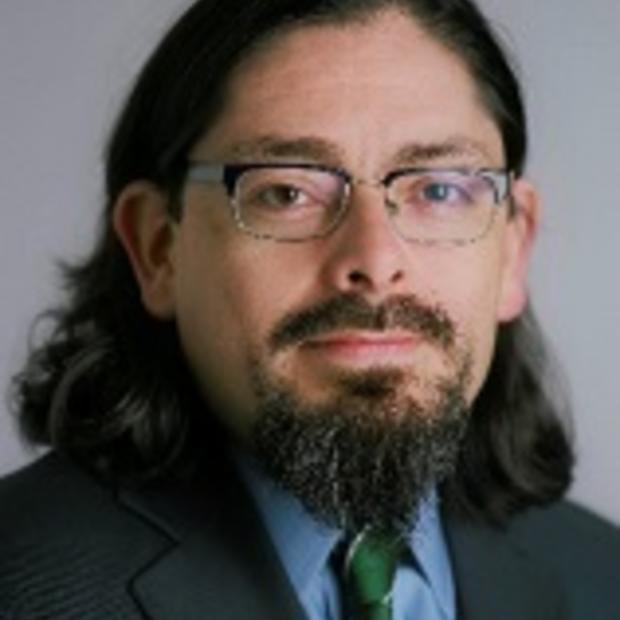 Roger Valdez is director of Seattle for Growth.