Not a done deal: Convention center expansion could face fight in city hall 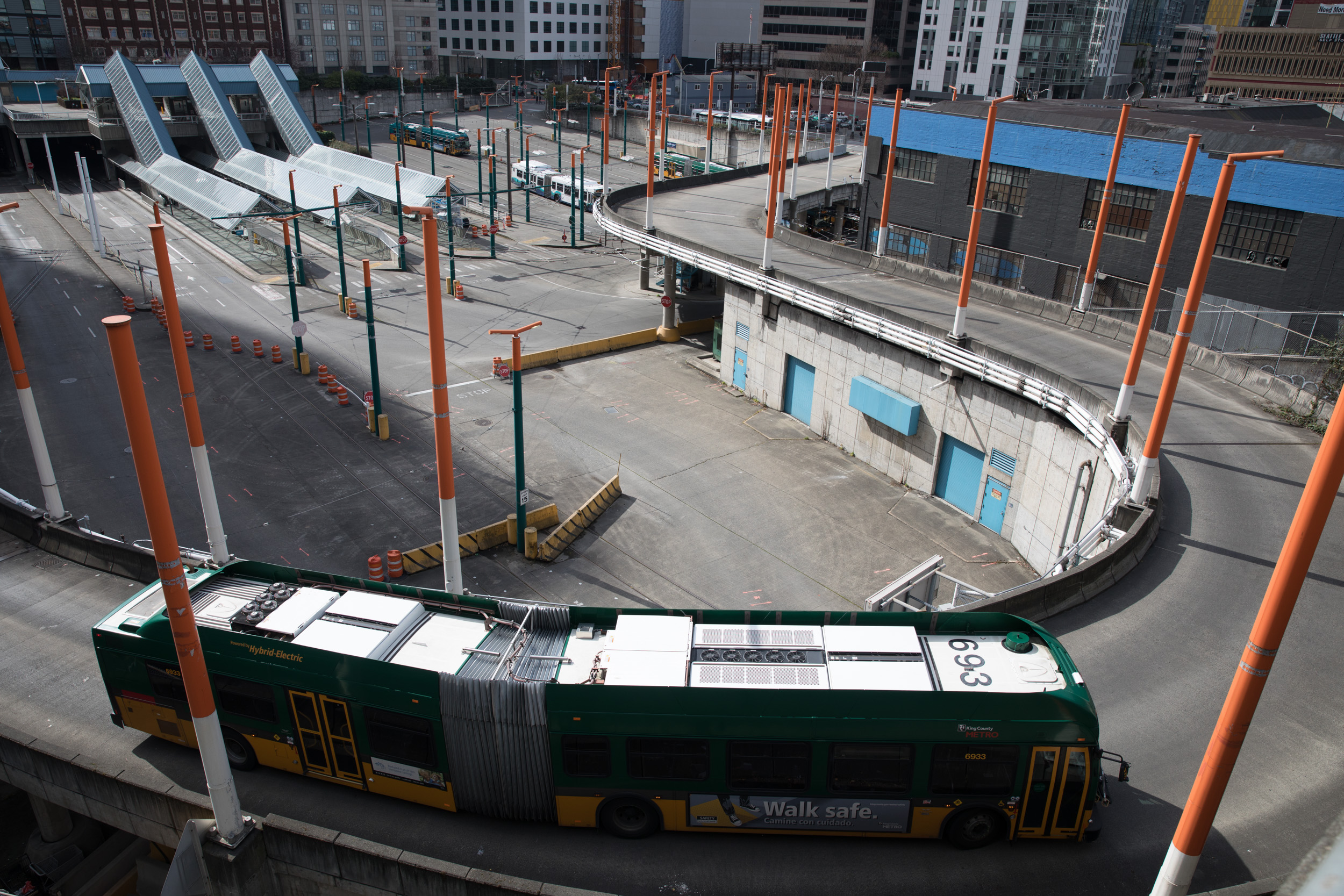 Small and unswept, you'd hardly notice the three alleys on Downtown’s eastern edge, let alone put them to use. But these apparently unremarkable pieces of city-owned concrete could soon land at the center of a debate far beyond simple throughways, instead reaching into discussions of Seattle's essential problems: housing, transportation and income inequality

Blocks from Capitol Hill and Pike Place Market, the largest construction project in Downtown Seattle's history is not the city's to direct. The $1.7 billion expansion of the Washington State Convention Center — more than Safeco Field, CenturyLink Stadium and the Key Arena renovation combined — is funded by the state and overseen by a public development authority. The city is more of a bit player than the central character.

But after years of planning and negotiations, it's now the city's turn to get involved. And what it holds as leverage are the three alleyways near 9th Avenue as well as the ground beneath Olive Way and Terry Avenue. If the convention center is to expand, it needs this property. And if the city is going to hand them over, it wants something in return.

The expansion comes as Seattle looks for any opportunity to combat the discomforts of growth. For City Councilmember Mike O'Brien, whose Sustainability & Transportation Committee will be the first stop for the project's developers next week, handing over the publicly owned land must help the city in that goal.

When the private developers, who are handling the convention center expansion under contract with the public development authority, come before the Seattle City Council next week to ask for the alleyways' use, they will come bearing a suite of public benefits, already negotiated with members of the community. But, to their surprise and frustration, that package does not guarantee O'Brien's support or his vote. 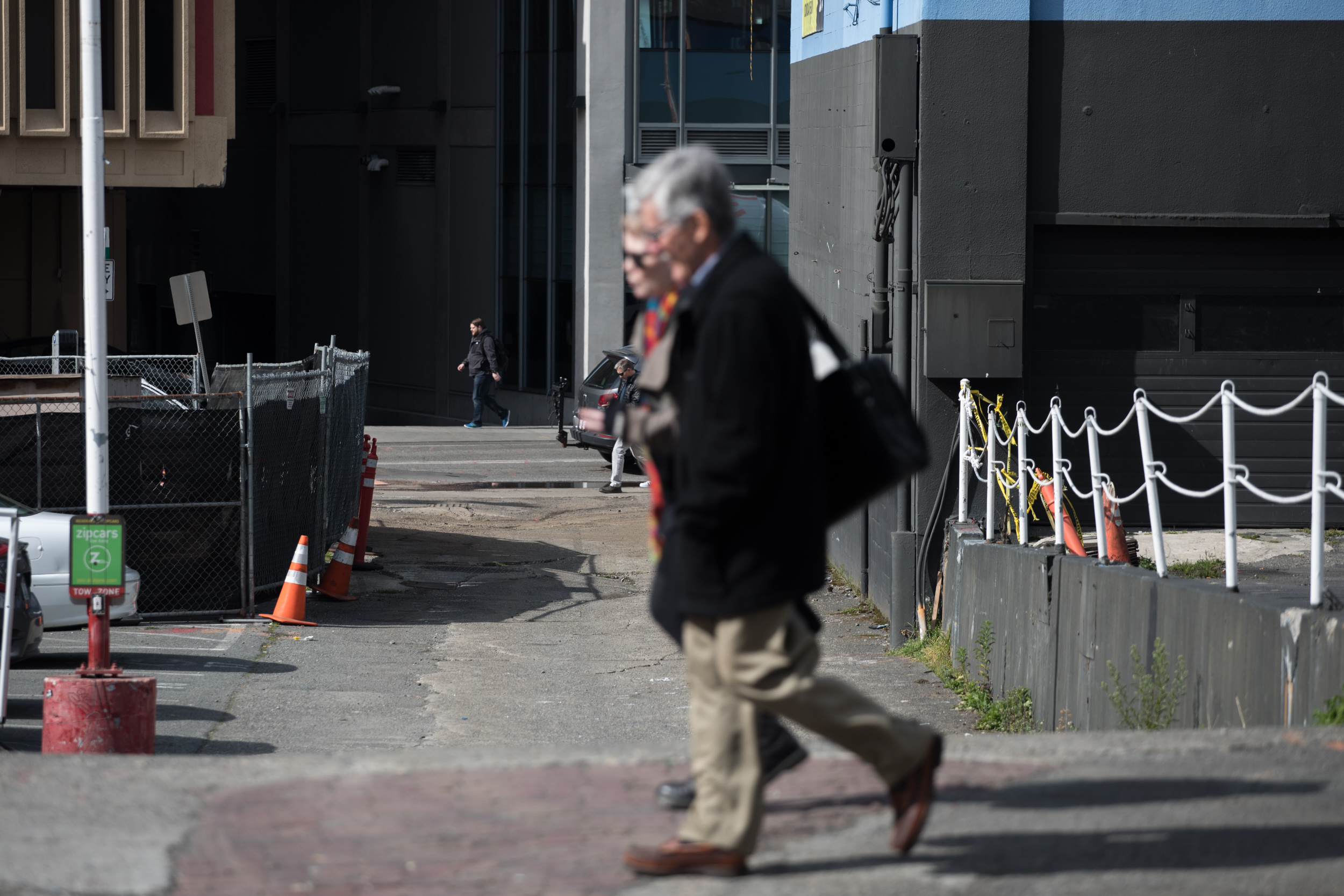 In May 2017, O'Brien told lead developer Matt Griffin he would only consider vacating the alleys if they garnered support from the community, support that must come backed up by dollars. "This is a massive project and if this doesn't have community support, don't even bother bringing it to the council," O’Brien recalled telling him.

The developers —  Griffin’s Pine Street Group — agreed and proceeded to negotiate with a group of community members calling itself the Community Package Coalition (CPC). Over a year, they put "thousands of volunteer hours" into negotiations, said Alex Hudson of the CPC. The final package included $82 million in public benefits, more than Hudson had imagined from the beginning.

In that package: $29 million for affordable housing; $10 million for the neglected Freeway Park; $16 million for the city's bicycle plan; $4 million to turn Terry Avenue into a promenade; and more. The rest is spread among such projects as examining whether it’s possible to lid I-5, public art and improvements to open space.

But there seems to have been some confusion surrounding whether those negotiations were the condition for council approval or simply a prerequisite before the legislative process began.

While O'Brien applauds the efforts, that package, he says, was never meant to be the end of the conversation. "There was a necessary threshold to get buy-in from certain members of the community, but that threshold is not the same as getting through our legislative process," he said.

"The council,” he added, “has a perhaps overlapping responsibility with those community members, but it is a distinct responsibility. The legislative process is not just for show."

When council conversations begin in early April, O'Brien's demands of Griffin and Pine Street Group will fall into three categories: transportation, housing and who gets the work.

Transit is going to be a nightmare regardless: To make way for Sound Transit, buses are slated to leave the bus tunnel for the streets in September 2019. But Griffin said he hopes to begin construction on the Convention Center in March, which would essentially force buses onto streets six months earlier (the center is at the north end of the tunnel).

O'Brien's first demand: Griffin must offer a "robust" plan to make that extra six months less stressful, for commuters and those trying to get around downtown.

O’Brien’s second demand relates to housing. The Convention Center project technically began before the city started requiring developers help build affordable housing in exchange for denser developments. But O'Brien wants the developers to voluntarily opt in to the new requirements, which he believes would add an extra $17 million toward affordable housing.

In Seattle in 2016, 20 percent of city contracts went to women- and minority-owned businesses, exceeding its 17 percent goal. The city also passed "priority hire" laws in 2015, followed in recent weeks by the county, meaning public works projects need to draw from specific zip codes, a means to keep work local and to benefit disadvantaged people who might not otherwise get the work.

So far, only 4 percent of the Convention Center's contracting work has gone to disadvantaged businesses.  And under the public development authority’s classification system, that figure counts "small businesses," which includes Pine Street Group. Griffin is white. O’Brien finds that designation, which wouldn’t apply to Griffin’s firm under the city’s contracting system, suspect. 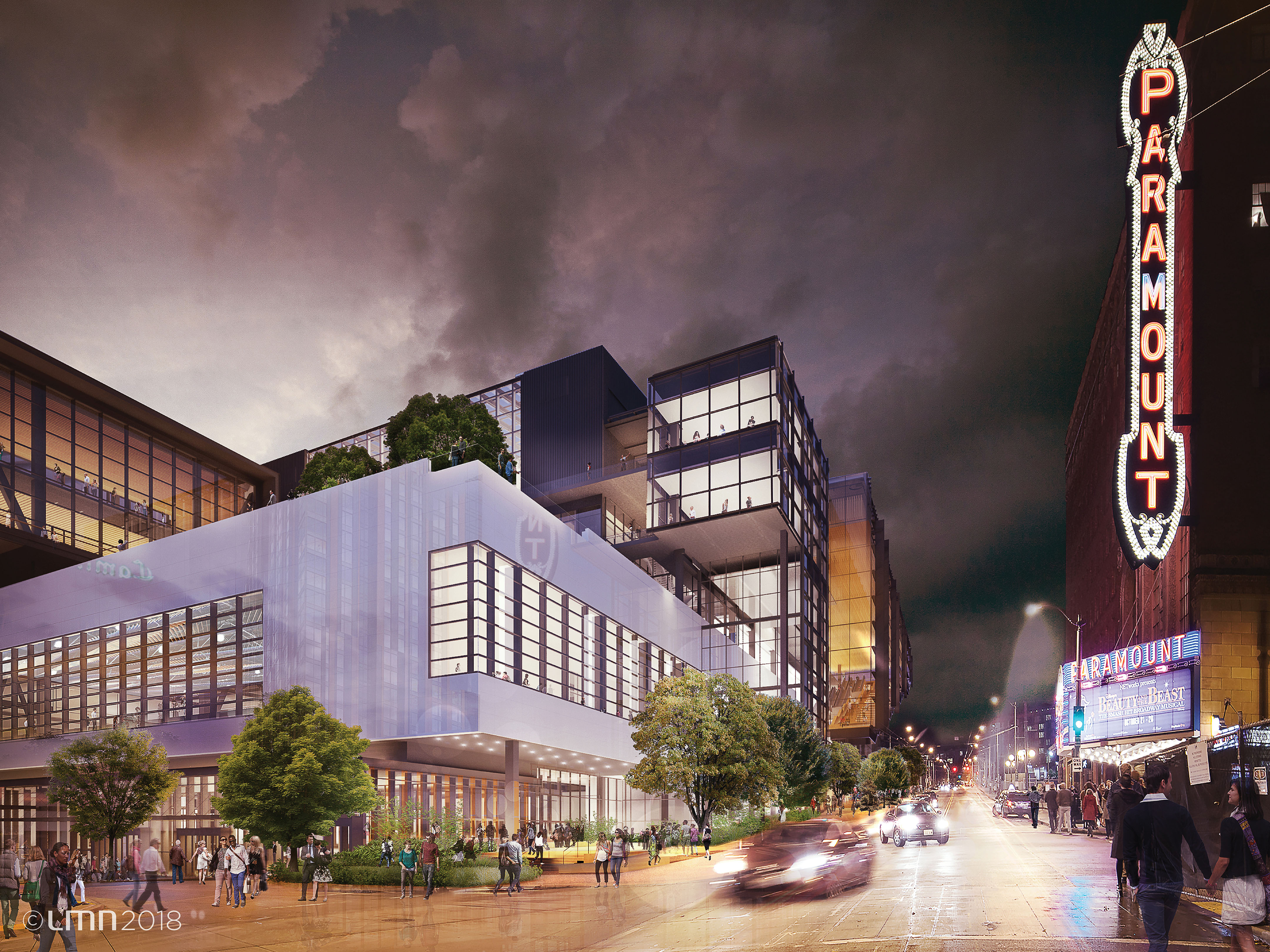 Griffin professes genuine confusion about O'Brien's increased demands. In his mind, the expansion of the Convention Center is nothing but a good thing, even separate from the affordable housing contributions: As brick-and-mortar retail withers just blocks to the west, Griffin views the expansion as a boon for jobs and revenue for many years.

On the public offering already negotiated, he points to the affordable housing contributions and to commitments to improve Third Avenue for bus traffic, which will increase with the tunnel’s closure. He also points to commitments to participate in apprenticeship and pre-apprentice programs; and he points to dollars earmarked to make the area more pedestrian friendly.

Any more delay, he says, is blocking those public benefits from moving forward.

Alex Hudson with the CPC was a little more circumspect, but said, "We want to make sure that the city council understands the incredible amount of work that went into this, that the community was able to negotiate benefits on our own really."

O'Brien doesn't once express doubt about the project itself. But he does repeatedly bring up its size (more than 400,000 additional square feet), unfolding in tandem with a housing and inequality crisis that is nearing unmanageable.

"I know that those community groups put a lot of time into negotiating a package that they should be proud of," he said. But O’Brien adds, "When we're talking about a nearly $2 billion project, I'm talking about, Can some of that work go to folks in the community?

“Maybe that costs a little extra, but we're not talking hundreds of millions of dollars. When we're talking about transit, maybe they just start [convention center construction] six months later. I don't know what the cost of that is, but not hundreds of millions of dollars. The affordable housing requirement that I outlined was an additional $17 million, so that's 1 percent of the project. Again, I don't think that's the thing that will make or break this project."

Griffin was hesitant to say what, if anything, he's willing to agree to with the council. He did say, however, that he believes his company could have purchased the land necessary for the expansion at a cheaper cost if the city’s mandatory affordable housing contributions had already gone into effect.

He also said he "philosophically agrees" with the goal of hiring diverse businesses and local workers, pointing to agreements Pine Street has with local unions to train people. But when asked if he'd agree to a specific benchmark, he said, "Would we accept a requirement? We'd have to look at the numbers."

Debates over street vacations in City Hall can get ugly, cleaving the City Council into factions. Recall the City Council voting down a vacation to make way for a new SODO basketball arena, 5-4. (All the no votes happened to be women, who were then attacked with waves of hateful and sexist comments.)

Before then, in 2013, former Mayor Mike McGinn sought to block a vacation for a West Seattle Whole Foods because it's a non-union chain. The council eventually granted the vacation after he'd left office, 5-3.

And in 2016, the City Council demanded Amazon guarantee free speech rights in its soon-to-be-built courtyard in exchange for a street vacation.

This fight has the potential to grow tense as well. Councilmember Sally Bagshaw, whose district includes Downtown, wouldn't say exactly how she would vote, but voiced approval for the package already negotiated and concern about demanding more.

"In the years I’ve been on the council, there’ve been many projects where I said, a deal's a deal," she said. "You can’t keep going back with a hand out, asking for more; There comes a time where people won’t trust you. There’s a point where I think we have to be appreciative and honest."

She added, however, that there were certain areas where she could see some wiggle room, especially around diversity benchmarks.

When asked if he worries about imploding the whole project and therefore losing out on any of the public benefits, O'Brien said, sure, that's a concern. "I want to do everything I can to make sure this is a really successful project," he said, but added, "I don't believe we're asking anything unreasonable of the convention center. Between here and the end place where we're all standing together [celebrating the completion of the center’s expansion], I think there are going to be some tough moments, but I think we'll get through it."