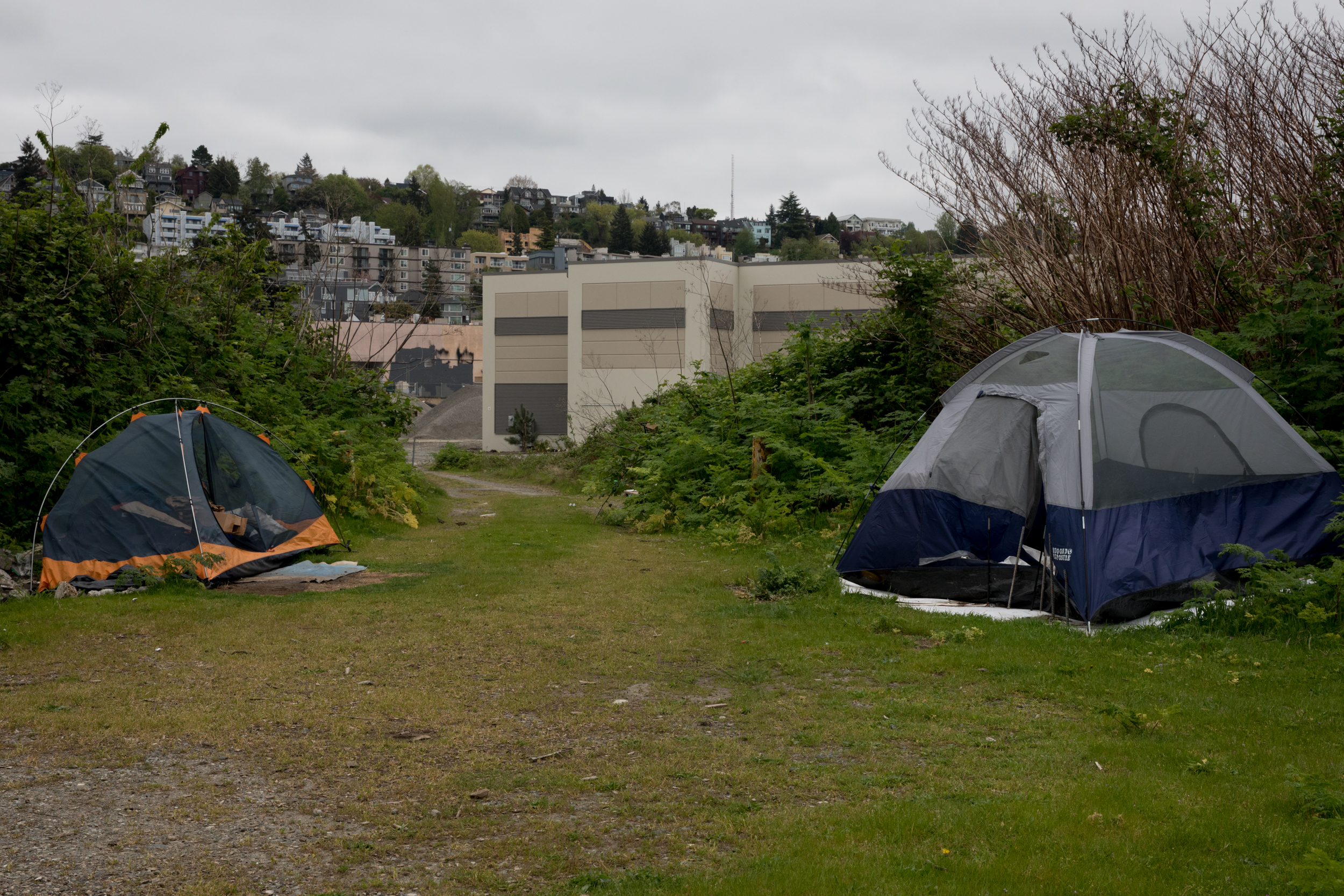 As the city looks to overhaul its approach to homelessness and hold its providers more accountable, officials in Seattle’s Department of Human Services are worried administrative support is not keeping up, and the city won’t be able to provide the necessary oversight.

The Human Services Department (HSD), which is tasked with leading the fight against homelessness, behaves more like a grant administrator than a direct service provider. In a given year, the department signs and manages more than 450 contracts with service providers around the city.

Those contracts are monitored by so-called “contract specialists,” who develop and negotiate the agreements and make sure the providers are meeting goals and staying within budget.

According to department officials, the recent increases in budget — now $65 million a year, up from $40 million in 2014 — have swamped those specialists. Where a given employee should ideally have between 8 and 10 contracts, the specialists overseeing homeless strategy and investments monitor twice that on average, an issue that could potentially stretch their oversight capabilities and slow down negotiations.

“What’s happened is over the course of the last five years, the agency’s budget has grown, but we haven’t gotten the staffing to support that growth,” said Deputy Director Audrey Buehring.

This off-ratio comes on the heels of the city’s recent announcement for how it would re-invest $34 million in homeless services. It’s a reshaping of the city’s priorities and expectations of service providers that comes with a renewed focus on results: the city expects providers to move 7,400 people into housing in 2018, more than double the 3,000 it moved in 2017.

Further, the city is funding the switch from “mats on the floor” emergency shelter — open only at night — to more “enhanced shelter,” which will be open 24-hours.

As these complicated tasks unfold, said Buehring, contract specialists should ideally be proactive in knowing whether providers are meeting their goals. But if they’re overworked, that becomes harder. “We don’t want to get in the position where we get to September and we find out the providers are not meeting performance standards and we have to scramble to figure out why,” she said.

Beyond just checking for compliance, contract specialists should also be, as HSD spokesperson Meg Olberding said, “a partner in problem solving.” That means taking a holistic view of the contractor landscape and offering solutions to problems they’ve already seen somewhere else.

For example, as emergency shelters switch to 24-hour shelters, contract specialists could draw on experience opening the city’s Navigation Center in the International District. “Our contract monitors would certainly say, here’s an example of someone having an issue, here’s this other provider who also had this issue,” said Olberding.

“If the ratio is too high, it means that it’s just too much for them to monitor for compliance and performance, let alone for efficiencies or to be those partners.”

She added that the ratio can also slow down contract negotiations, meaning providers occasionally operate without an official agreement with the city. In 2017, only 20 percent of contracts were executed on-time. When the contract finally is struck, the providers then bill retroactively. It’s not the end of the world, she said, but can open up the city to some legal risk.

It’s not just a concern in relation to homelessness investments. In the aftermath of sexual-abuse allegations against Ed Murray, the City Council earmarked more money for sexual assault and domestic violence. The Mayor’s Office on Domestic Violence and Sexual Assault (housed inside HSD) is slated to get $9.5 million in 2018, up from about $7 million in 2017. Its 54 contracts with nonprofits invest in things like prevention, intervention and more accountability.

But there’s only one person to oversee all 54 contracts.

For their part, service providers haven’t noticed a huge drag yet. “By and large the people in those roles are knowledgeable and focused on making sure the public funds are being spent as intended,” said Daniel Malone, Director of the Downtown Emergency Services Center.

“Generally speaking, our relationships with our contract monitors are excellent,” said Tamara Brown, a Residential Manager with Solid Ground, in an email. “They listen when we ask, and we listen and respond as well. I don’t feel a lack of support from our monitors. They are usually very helpful and supportive.”

But Buehring said the city has never been so focused on performance measures as it is now and the issues of an overwhelmed staff could present themselves later in the year.

The city council recently signed off on an extra two contract monitors in its last budget, which could be used to bring the current contract ratios under control.

But they will not be enough to hit the stated 1:10 ideal ratio.

The lagging administrative support in HSD gets at a larger issue inside city government: Keeping up with growth. Expanding the bureaucracy is not a sexy issue for an elected official to stand on. But HSD is not the only department to complain that they’re struggling to keep up.

Seattle City Light has had several delays in construction grid hookups and service transfers, which the department has blamed, in part, on the exploding population. Between January 1 and March 6, the department had already spent nearly $700,000 on overtime in the customer care division alone, according to data provided through a public records request.

The Seattle Police Department has also crusaded against the city for not giving it enough officers. Under Ed Murray, they won an extra 200, but on-boarding has been slow.

Compared to other departments, said Buehring, budget increases at HSD do not come earmarked with resources for administrative support. However, she said they’ve been in conversations with the Durkan administration to figure out what it would take to make sure the department can keep up going forward.