Is biking a Catch-22 situation? 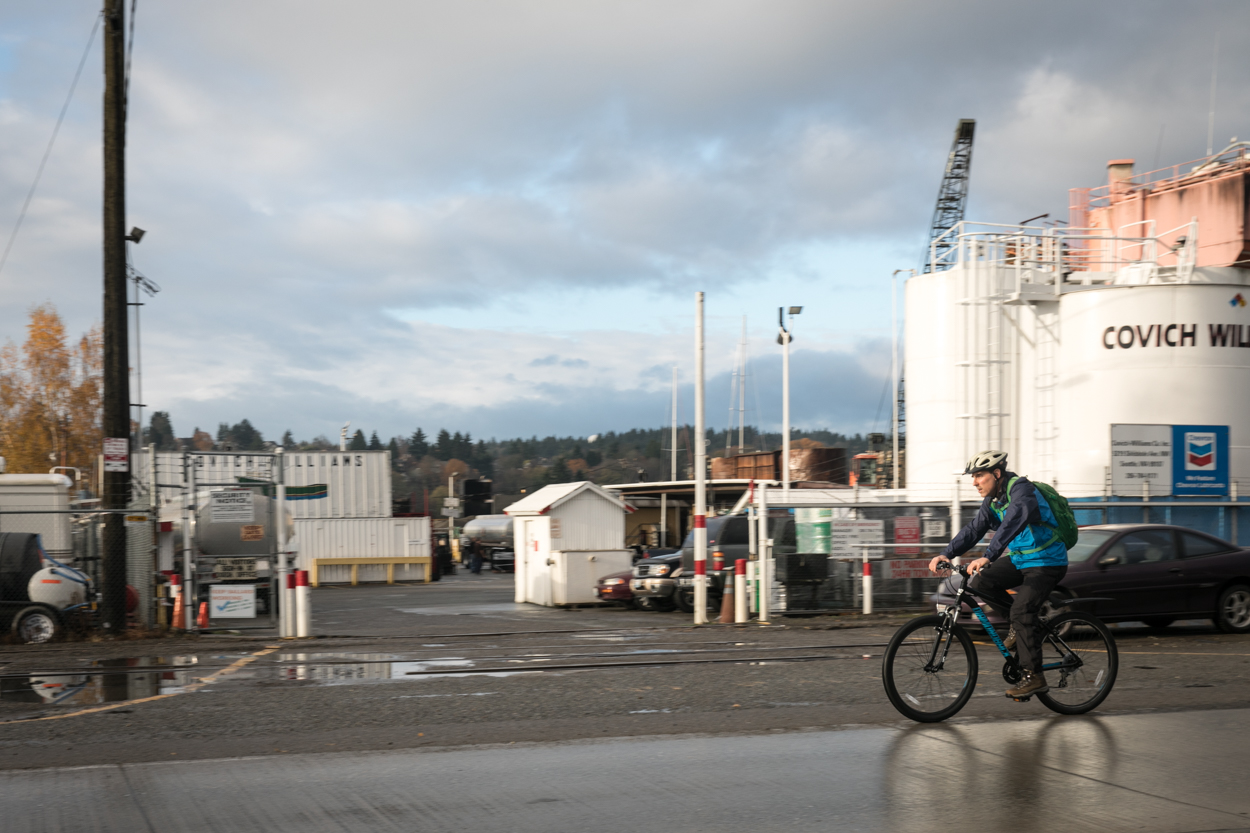 A biker crusies down Shilshole Avenue through Ballard's industrial area during the Wednesday morning commute. (Photo by Lizz Giordano for Crosscut)

I bike to the UW every day. I love riding to campus; it’s my morning and evening meditation time and exercise.

While I ride on the Burke-Gilman trail most of the way, there are several segments on roads. Obviously, biking on busy, car-filled streets presents immediate physical dangers.

Just as worrisome to me is the air pollution I inhale as I take deep breaths alongside cars and buses. Luckily, I’m not affected by asthma or other respiratory problems. Yet I can’t help but think about the link between air pollution and other health issues, including cardiovascular disease and dementia (the subject of my Ph.D. dissertation).

It’s an “occupational hazard” for me as a toxicology PhD student in the UW Department of Environmental & Occupational Health Sciences. I spend my days learning and writing about all things environmental health, so naturally, I’m worried about my own exposures to the pollutants around us.

I do what I can to minimize my exposures by buying organic, avoiding processed and packaged foods, minimizing my use of plastics, choosing fragrance-free products and searching for flame retardant-free furniture.

Yet city biking is one lifestyle choice that I’m not willing to give up.

Am I causing myself more harm than good on my bike commute? Why am I willing to impose strict controls on what I eat and buy, yet allow myself to breathe noxious miasma every single day?

What am I breathing on my daily commute?

My daily dose of air pollution includes particulate matter, nitrogen oxides, volatile organic compounds, ozone, carbon monoxide, and sulfur dioxide. That alphabet soup is a not only a mouthful, but also a toxic brew! These chemicals and particles, some of which are released from vehicles directly and others which are formed through chemical reactions in the air, have been linked with harmful effects on the heart, lungs and brain.

During vigorous exercise, we breathe in these pollutants at two to five times higher rates and more deeply than we do at rest.

In studies of cyclists, researchers have found that biking in traffic is associated with short-term increases in inflammatory blood cells, decreased lung function and alterations in heart rate variability.

We don’t yet fully understand the long-term consequences of these changes. While research to date suggests that the long-term benefits of biking likely outweigh the potential risks, current reviews may underestimate the long-term costs to my health for many reasons.

First, most focus on the impact on mortality alone, rather than on other health effects from air pollution that could lead to decreased quality of life. Also, many only consider the effects of a single pollutant rather than the effects of real-world combined exposures to multiple traffic-related air pollutants.

I’m still trying to understand the calculations that led me to decide to expose myself to substantial pollution every day.

Maybe it is because I have control in this situation? It is, after all, my choice to bike.

Maybe it’s because Seattle appears to have relatively clean air compared to other places I’ve lived, like Atlanta and Bangkok?

Or, maybe I just love biking too much, and this is where I draw my personal line. While it is important to me to minimize harmful exposures, I can’t live in a bubble. Life involves risk, and I’ve somehow decided that this is one I’m willing to take. Biking every day brings me too much happiness to give up, at least for now.

The case for improving air quality

While I continue to bike, there are some actions I can take to reduce my exposure.

In addition to consistently wearing the air pollution mask I bought last summer, I check local air quality (like through this pollution app) and avoid riding on particularly bad days. When bike paths are not available, I find alternate routes to prioritize low-traffic roads where I will be less exposed to dirty air.

But as individuals, we have limited control over our own exposures. In the end, we need systemic, societal changes to make cities safer and healthier, including stricter controls of vehicle emissions, increased use of electric vehicles, improved public transportation, better bicycling infrastructure and more green space.

Ultimately, I hope that my own research can demonstrate the importance of strengthening air quality regulations and inform policies to reduce exposures. 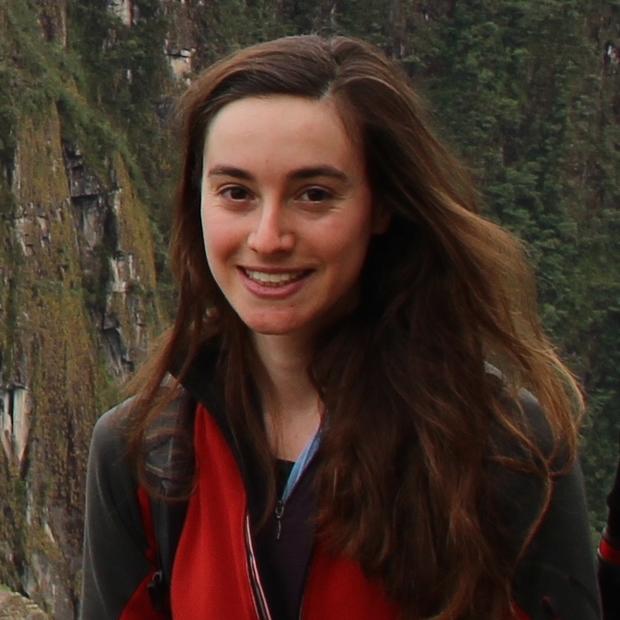 Rachel Shaffer is a third year PhD student in the Department of Environmental and Occupational Health Sciences at UW.