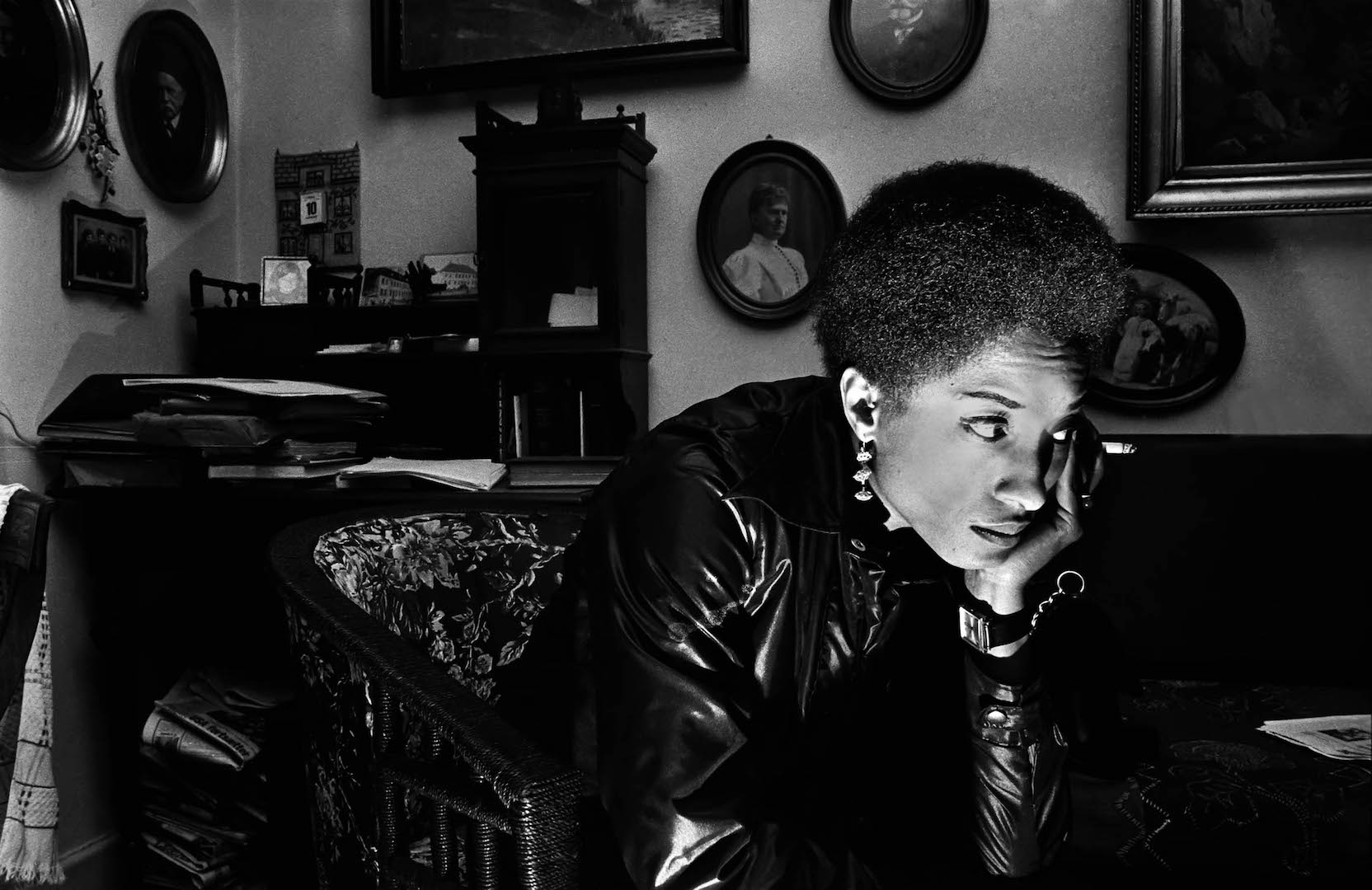 Connie Matthews by Robert Wade. Copenhagen, Denmark 1969. (Photo courtesy of the photographer from All Power: Visual Legacies of the Black Panther Party, PCNW 2018)

The Black Arts Movement, wrote scholar Larry Neal in 1968, is the “spiritual sister” to the Black Power movement. It is “radically opposed to any concept of the artist that alienates him from his community.” It also “envisions an art that speaks directly to the needs and aspirations of Black America.”

This philosophical underpinning can be seen throughout the current exhibition, All Power: Visual Legacies of the Black Panther Party at Photographic Center Northwest. In the exhibition, you see a range of work by contemporary African-American artists, including enlarged images of the FBI file of postal worker Rodney Ellis Barnette; a black and white photo of “Long Live Huey P” graffiti on an Oakland street; and an image of the Afro-American center at the Pan-African cultural festival in Algiers, Algeria, in 1969.

The work of 17 artists explore the themes of resistance and resilience, self-determination, community-centeredness and truth-telling — themes that were central to the Black Panthers.

As Seattle celebrates the 50th anniversary of the founding of the Seattle Black Panther Party this year, the All Power exhibition and related public programs explore the visual and cultural impact of the Party through art. The influence, range and impact of the Black Panthers is evident. From the streets of Oakland to corporate America, the images in All Power sing loud and proud, like a Black Power fist held high.

The exhibition originated as a book published in 2016 and co-edited by Michelle Dunn Marsh, executive director of Photographic Center Northwest and artist and curator Negarra Kudumu.

In today’s Black Lives Matter era, the issues raised by the Panthers are still relevant, Kudumu says. “The issues around which the Panthers organized starting in 1966 have not yet been solved. Both remind us of the power of youth and youth-led movements and the indelible impact they can have on pop culture. Both prove that African-American artists have always looked to their peers and predecessors for inspiration, rather than solely the Western canon.”

Included in the show is Tacoma-based artist and activist Christopher Paul Jordan’s “Edges of a Silhouetted Earth” collage, which is a complex piece combining images from NASA with a Black male body in profile. The work is a response and a form of resistance to the scarcity of Black voices in the 2015 Art AIDS America show in Tacoma, where only five of the show’s 107 artists were Black. The piece grew out of the anguish over the show’s erasure of Black experiences; Jordan created art and organized a grassroots campaign that centered Black lives, using die-ins and the hashtag #StopErasingBlackPeople to spread awareness.

“Silhouetted Earth” was created as Jordan worked through the trauma of that experience.

Art, Jordan says, should speak to the needs of the community, which was the approach taken by artist Emory Douglas, whose work is also part of the exhibition. Douglas was the Black Panthers’ Minister of Culture who was best known for his iconic posters and images published in the Black Panther newspaper.

“Emory Douglas is a public artist in every sense of that concept,” Jordan says. “He was creating and placing and designing his posters to speak to and affirm Black communities. He was designing to make that media as accessible as possible to working-class Black folks everywhere. This poster format … was a technique to do mass media and to proliferate the affirmations that he was articulating.” Some iconic examples of Douglas’s work are seen on the covers of The Black Panther newspaper, which featured messages such as “Our Fight is Not in Vietnam — Free the GIs” along with numerous posters such as the one declaring “You Can Murder a Revolutionary, But You Can’t Murder the Revolution.”

A prominent feature of the show is the text of the Black Panthers’ 10 Point Platform, which emphatically calls for freedom, housing, employment for Black and all oppressed people as well as the end of police brutality.

The platform is no less relevant today. In conceptualizing the book and exhibition, Marsh says that for her, the visual legacy of the Black Panthers is “a bold declaration through uniform, style, powerful illustration, photography, language that the subjects of the Ten Point Platform [of demands by the Black Panther Party] were and are relevant demands.”

The exhibition, which was recently on display in New York, continues at Photographic Center Northwest through June 10.

It’s the continued relevance of these questions and the perpetual lack of progress that make this exhibition a powerful must-see for all who want to see the next 50 years end up differently than the last 50. 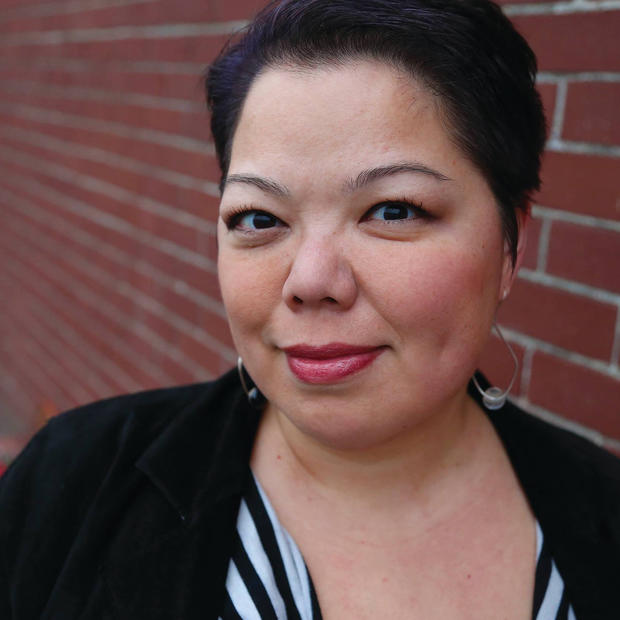