In today’s dark political times, remember the hope of 1968 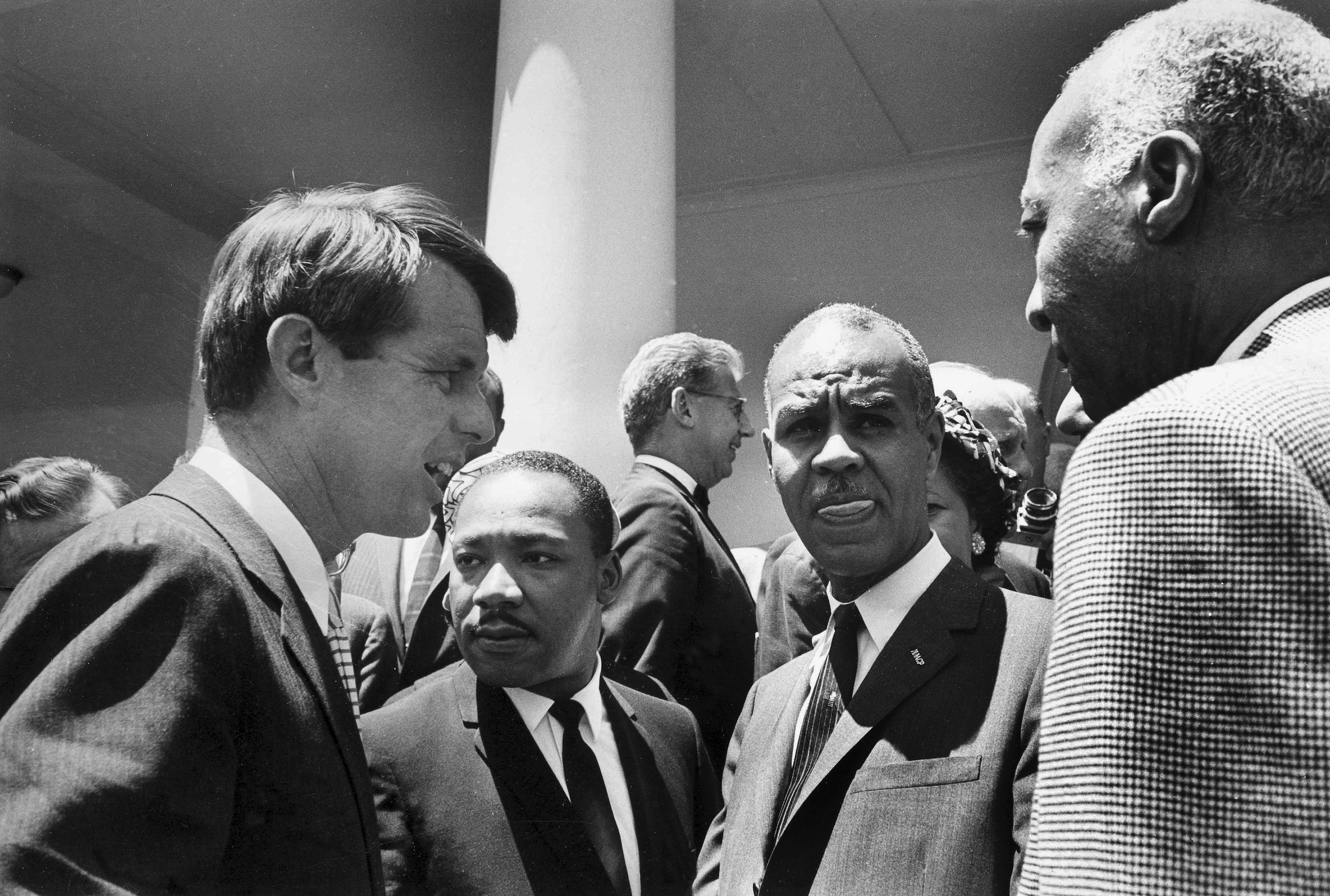 When T.S. Eliot wrote that April is the cruelest month, he could have been writing about the spring of 1968.

Fifty years ago, America felt like it was coming apart at the seams. The incumbent president, Lyndon B. Johnson, was unpopular and had announced that he would not run for reelection. Protests over the war in Vietnam surged. Racial violence had wracked inner cities across the country. Hardline Republicans like Richard Nixon promised to restore “law and order” while segregationist Alabama Governor George C. Wallace ran a presidential campaign based on racial division.

My parents, who had lived through the Great Depression and World War II, kept telling me, “These are historic times.”

On April 4, the historic times got even worse. Dr. Martin Luther King Jr. was assassinated on the balcony of his motel room in Memphis. The civil rights leader preached love and peaceful protest. When he died, the world shifted on its axis. Mine shifted, too.

I was attending Asa Mercer Junior High on Beacon Hill that spring 50 years ago. I was 14 years old. Mercer was a racially mixed school with large percentages of African-American and Asian-American kids. It had all the characteristics of a troubled inner-city school: violence, vandalism, apathy. I remember my seventh-grade language arts teacher, Miss Diama, reading Up the Down Staircase, the best-selling novel by Bel Kaufman about the trials of a language arts teacher in an inner-city school. I remember days when Miss Diama fled our classroom in tears, frustrated by unruly students who refused to learn or listen.

Racial tensions were rife. Black and white students, who might have been friends in grade school two years before, could hardly be seen socializing. Junior high students are clique oriented, but a racial wall had gone up, too.

The administrators of the school tried to keep order by doling out “swats” with hard wooden paddles and appointing some of the worst bullies as “hall monitors” with almost free rein to harass kids at will. It was an environment where it was easy to lose your lunch money, and your mind.

Racial tensions were high too at nearby Franklin High School, where students protested the unfair treatment of two black students disciplined in an altercation. They held one of the first Seattle high school sit-ins. Several young civil rights leaders, including Larry Gossett — now a King County Council member — were arrested for their role in the protests. Gossett was a Franklin grad and head of the Black Student Union at the University of Washington. He’d been a friend of my eldest sister in high school. We lived across the street from Franklin, so the turmoil was literally at our front door.

I remember the eruption of pain and anger after King’s assassination — which happened the day Gossett and his fellow sit-in organizers were arrested by Seattle police. There were other school protests and walkouts. There were assemblies and public expressions of grief. There were cries that white Seattle had to finally do something about civil rights. A few weeks after King’s killing, the Seattle City Council passed an ordinance banning racial discrimination in housing — a measure that had been turned down by voters by 2 to 1 only four years earlier.

The gulf between black and white students at Asa Mercer got bigger. One day that spring, while walking home from school near Jefferson Park, I was beaten by a group of black students because I was white.

I didn’t resist, fearing the beating would be worse if I did. I was helped afterward by another black student, someone I knew who happened by. I walked home with a large goose egg on my forehead. I was angry at being singled out — but I also felt that I understood some of that anger. I knew they were beating me as an expression of something that was deeply wrong.

In 1968, I was coming of age politically. I was enthusiastic about the presidential prospects of Robert F. Kennedy. A friend of mine, Alan, had skipped school in March of ’68 to hear Bobby speak at Hec Edmundson Pavilion at the University of Washington, where a mob of some 11,000 greeted the candidate like he was one of the Beatles. Alan asked me to go with him, but I chickened out, to my eternal regret.

Kennedy was a social justice candidate who appealed across racial lines. He told the UW audience, “We can do better in this country if we use the best talent, the best energy and best generosity.”

I came into political consciousness at a historic moment. Our system was broken, but dynamic Americans offered hope to counter the dark patterns of the past represented by Nixon and Wallace.

Bobby was assassinated in Los Angeles after winning the California primary. It was early June, just two months after King had been killed.

I remember reading the newspaper that morning, eager to get the primary results. The headline in the Seattle Post-Intelligencer read something like “Bobby shot down in LA,” and I thought it was a metaphor for his losing the primary. I didn’t learn it was literal until I read the story. Even then I found it hard to believe. JFK, King and Bobby?

From that moment, I was a politically engaged youth — volunteering, attending protests, putting up signs, wearing buttons, urging my friends to do the same. I believe some of the politics of today — division, racism, belligerence, cynicism — have some roots in that deadly spring. At least they do for me.

But I didn’t then, and haven’t yet, given up hope. That seems the right thing to do, if for nothing else than to honor the people like King and Kennedy who died for hope.