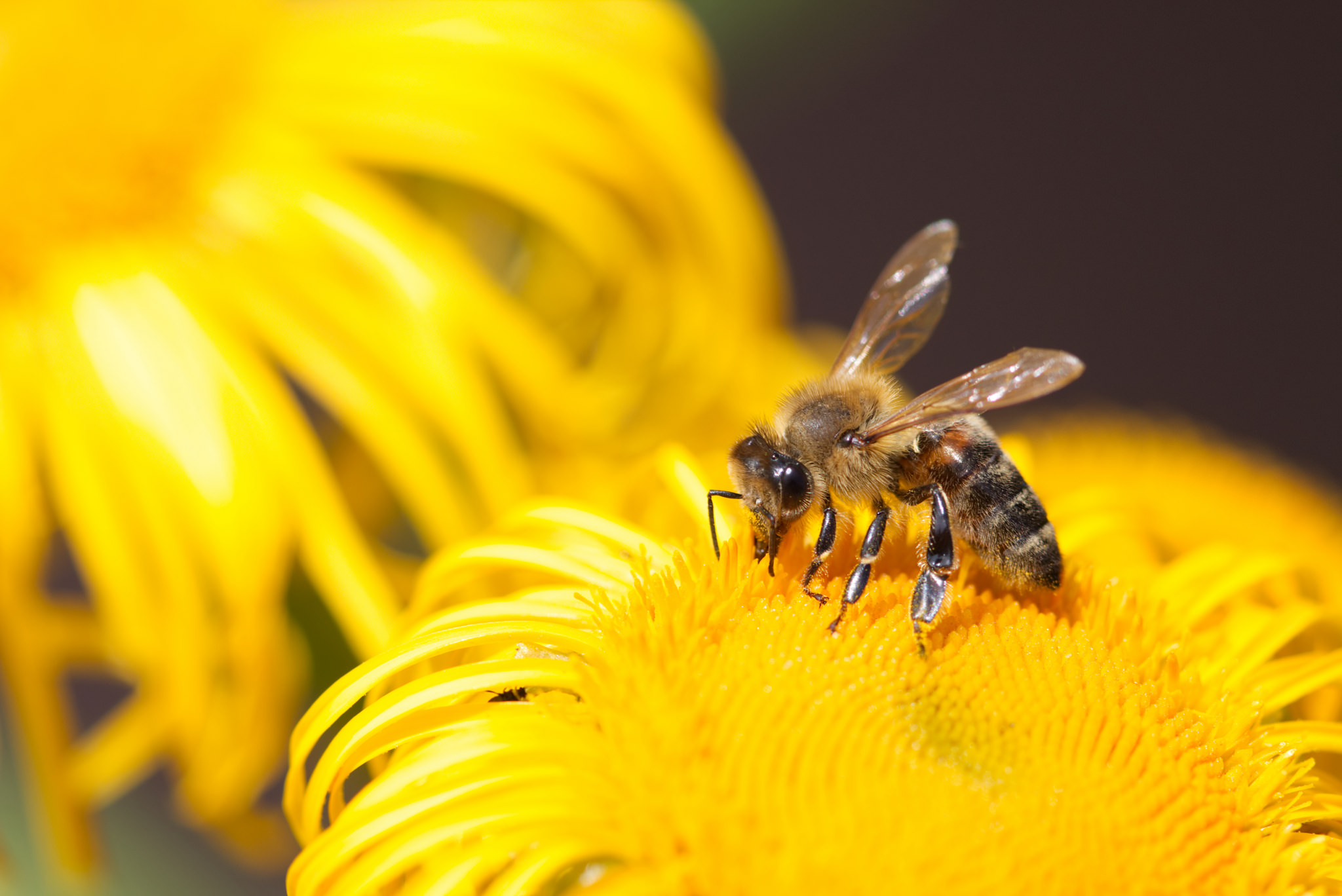 Next week is National Pollinator Week. (Photo by Ervins Strauhmanis/Flickr)

You’ve heard you should be worried about the bees, but what can you actually do to protect and promote the wellbeing and habitat of local pollinators? As a part of the annual Pollinator Week, head to the Beacon Hill Food Forest on Monday, June 18, to learn about the status of the local and global wild bee population with Washington State University Ph.D candidate Elias Bloom. On Tuesday, Rainier Arts Center hosts a special Seattle Pollinator Week Symposium, presented by Town Hall with nonprofit art and nature organization The Common Acre. Panelists include Bridget McNassar of Oxbow Farm and Conservation Center, science educator Raymond Williams and Claudia Castro Luna, Washington State Poet Laureate. They'll talk about the pollinator groups that help our area to thrive and discuss what we can do to protect and restore pollinator habitat. Top it all off with a Meet the Bees Party, plus refreshments, on Thursday, June 21 at Centro de La Raza.—N.C.

Do you know the name of the mummy that resides in Ye Olde Curiosity Shop? How about who built the Fremont Troll? Or what nickname JP Patches was commonly known by? Study up and get ready for some trivia and bingo on Friday night. Knower of all things and Crosscut columnist Knute Berger will host a round on Seattle and Washington state history. Come for the trivia, but stay for the BINGO featuring even more local oddities, landmarks and prizes.

Sometimes great silliness can be great art. Case in point: “Ohio,” with its plaintive refrain: “Why-oh, why-oh, why-oh? / Why did we ever leave Ohio?” That’s from the Tony Award winning 1953 musical, Wonderful Town, by composer Leonard Bernstein and lyricists Betty Comden and Adolph Green. Ludovic Morlot and the Seattle Symphony are presenting a concert version of the musical to celebrate the upcoming 100th anniversary of Bernstein’s birth. Lending a hand are conductor Joseph Crnko and the Seattle Symphony Chorale, plus choreographer Katy Tabb and almost a dozen vocal soloists, including popular local tenor Ross Hauck. The program also includes Bernstein’s eight-minute jazz/classical powerhouse, “Prelude, Fugue & Riffs,” and the world premiere of “Significant Others,” a Bernstein-inspired piece by Seattle Symphony composer-in-residence Alexandra Gardner, which she describes as “a party with a bittersweet streak running through it.” —M.U.

This year, the annual showcase highlighting PNB’s younger and emerging talents takes things out onto the grounds of Seattle Center, with pieces by choreographers Donald Byrd, Christopher D’Ariano, Noelani Pantastico and Miles Pertl. Then it heads into McCaw Hall, where work by PNB dancers Guillaume Basso, Nancy Casciano, Christopher D’Ariano, Cecilia Iliesiu, Amanda Morgan, and Dylan Wald will be staged. Pop-up performances by an outfit called Purple Lemonade Collective and a piece by international choreographer Bruno Roque are also on the program. Seattle Youth Symphony Orchestra, conducted by Stephen Rogers Radcliffe, will accompany some of the works. —M.U.

While the story may not sound terribly original — grown woman reminisces about the tumultuous summer of her coming of age — the real reason to see Intiman’s production of Allison Gregory’s play is local actor Dedra D. Woods. As the star of this one-woman show (directed by longtime Seattle theater superstar Sheila Daniels), Woods shifts seamlessly through many characters, from best friends to bullies to parents to crushes. She details the season of her discontent, when teenage wilding was sobered by cold, hard truths of adulthood, with humor and pathos, and reminds us of the unbreakable connection we all have to our younger selves. That person who looked and behaved so differently from you is also you, so give ‘em their due. —B.D.

To see the MOHAI exhibit, “On the Spot: The Photographs of Al Smith” is to experience a Seattle that seems so long ago — one set in a barely recognizable Central District, where the African-American population was thriving. Photographer Al Smith began taking pictures on-the-side, after work from his job at the post office, capturing the life and times of his community, which included routine moments and big moments like seeing Duke Ellington and Louis Armstrong. The exhibit, curated in part by his children (who still live in Seattle) closes this Sunday, but not without a final party. On Saturday night, join Styles of Steppin for dance performances, along with a workshop, live music from Nate Orndal and a world throughAl Smith’s hitherto, unique lens. —N.C.

Exquisitely strange and marvelously polished, the nature paintings of Seattle artist Linda Jo Nazarenus often come with an allegorical twist. In “Irreplaceable,” a tree’s bare branches share the fluid character of the swirling clouds above it and the rippling grasslands below, as if they’re all manifestations of some common inalterable spirit. “Ascension” flirts with religious iconography, as a strikingly illuminated bird bursts up from a craggy landscape into a turbulent sky, its wings spread in a crucifixion pose. Nazarenus has a sense of humor, too. In “Hey,” for example, a stately quail surveys a rugged coastline as if laying imperial claim to it. These oils show a reverence for Northern European Renaissance painting technique, and a dazzling command of it. Nazarenus may draw from nature, but she transports you to elusive realms of the mind. Secret places, indeed. —M.U.

If you go: Linda Jo Nazarenus, Harris/Harvey Gallery through June 30

If I didn’t know that Seattle artist Zac Culler was one third of the experimental art trio SuttonBeresCuller, my guess would be that he was a botanist/entomologist/ornithologist who’d taken an unexpected turn toward Buddhism by way of mandala painting. The titles of Culler’s latest works — “Scarlet Lily Beetle, Scotch Broom,” “Himalayan Blackberry, Gypsy Moth,” etc. — tell you plainly what you’re seeing. But they don’t convey the obsessive, symmetrical treatment he gives his impeccably observed flowers, birds and insects. Nor do they evoke his subversive wit. Trust Culler to give a dandelion pride of place in “Backyard Mandala,” or to have a tennis ball, grapefruit and frosted doughnut serve as heavenly bodies against a circular night-sky of crows’ heads in “Map of the Solar System.” The show also includes terrific watercolor portraits, both huge and small, of Culler’s friends and family. “Ken,” with his black eye and forehead cuts as though he just stepped away from a brawl or the boxing ring, is the standout. —M.U.

If you go: Zac Culler, Linda Hodges Gallery through June 30

Yes, there’s a dandy display of Joan Miró etchings and lithographs at Davidson Galleries through June 30. But the real excitement, to my mind, is at the rear of the gallery with this survey of work made in the 1970s by native Zapotec artist Rufino del Carmen Arellanes Tamayo (1899-1991). Tamayo’s prints have appealingly rough, cracked, fresco-like surfaces. His compositions seem to blend pre-Columbian art influences with a touch of Paul Klee. Early on he rejected the social realism of such famed Mexican muralists as Diego Rivera, focusing instead on more subtle imagery. In works like “Two Figures” and “Man in Front of the Sky,” he distills living forms to their essence. In “Perro (Dog),” you can practically hear his artfully stylized canine barking. This is a rich, striking body of work. —M.U.

If you go: Rufino Tamayo, Davidson Galleries through June 30