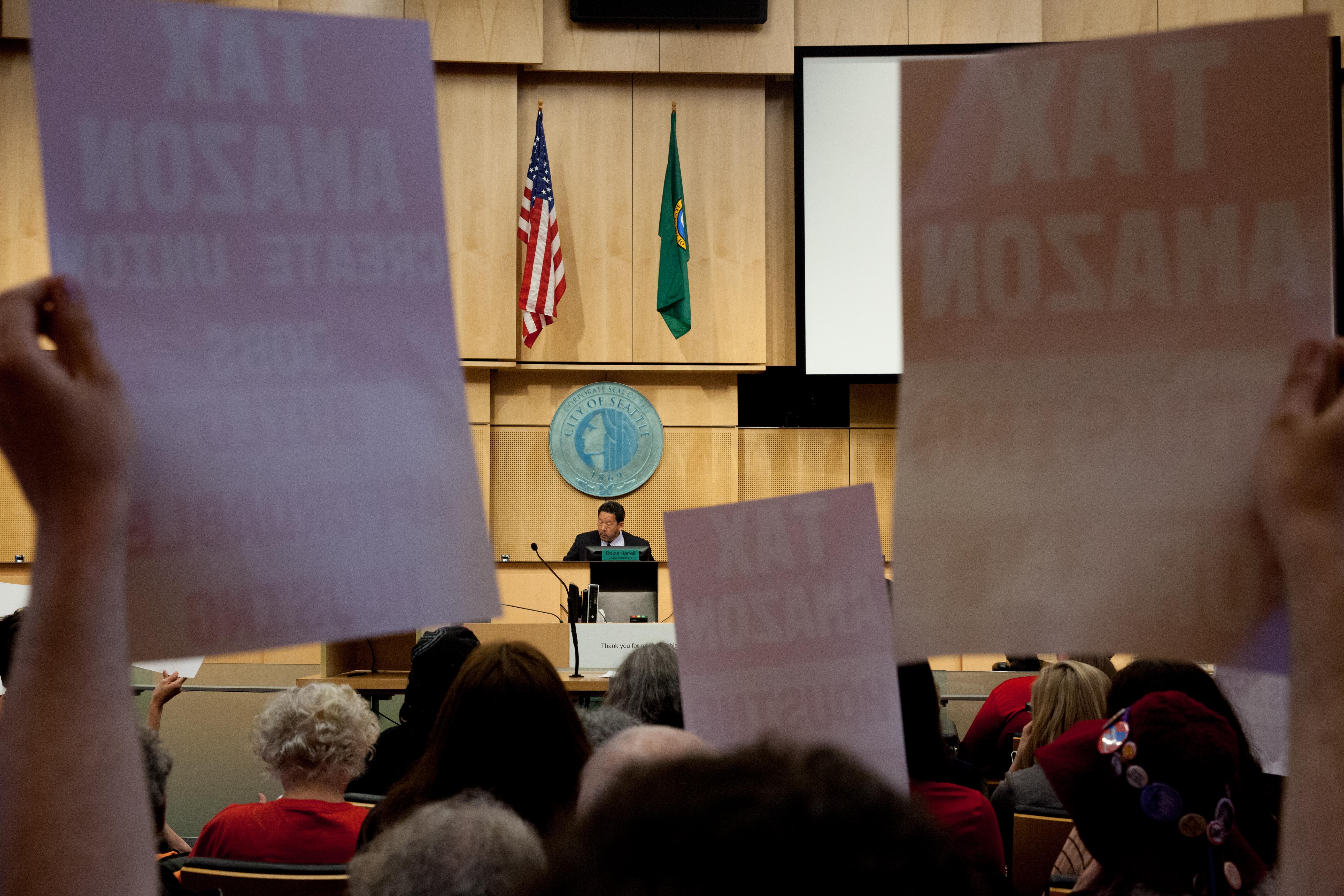 The campaign to repeal the recently approved business tax has gathered more than 20,000 valid signatures, according to three sources close to the effort. That’s more than what the campaign needs to put a referendum on the ballot next fall, leaving it to voters to decide whether to keep or repeal the tax.

The campaign has vetted the signatures and considers them valid, but it has collected even more than that using both paid and volunteer signature gatherers, sources say. The deadline to submit the petition is June 14.

Boosters of the anti-tax referendum have been predicting for days that it would qualify for the ballot. “The signature gathering for the referendum is moving at a rapid pace,” wrote CEO of the Seattle Metropolitan Chamber of Commerce Marilyn Strickland in an email to supporters. “All indications are that the campaign will meet its June 14 deadline to submit over 17,000 valid signatures — making it very likely that the referendum will be on the ballot this November.”

“Our goal is to exceed what we need by as much as possible,” said spokesperson for the No Tax on Jobs campaign John Murray, who declined to confirm or deny the 22,000 number. The purpose, he said, is “so there’s not a chance of legal challenges and, two, we want to make a statement.”

The Seattle City Council approved the tax last month. It would charge businesses with revenues of $20 million or more $275 per employee per year. City officials estimate the tax would raise an average of $47.5 million per year over the next five years. It would sunset after 2023 and the city council would need to vote to keep it in place.

The council approved the new revenue stream to combat a ballooning homelessness and housing crisis. The most recent count of people struggling with homelessness found over 12,000 people in King County — a 4 percent increase from the year before.

The money raised would be spent on some mix of temporary shelter and permanent housing.

The road to the tax's passage marked one of the tensest periods in Seattle politics. Businesses and construction unions fought it for fear of losing jobs. Amazon threatened for a time to slow hiring in the city in response.

Supporters have pointed to waning federal support, a restrictive state tax code and an increasing number of homeless deaths as reasons why it’s necessary.

The final measure was billed as a compromise — the $275 tax is down from the original $500. But that didn’t slow the stampede to put the tax to a vote. Within days, the repeal campaign had raised over $350,000, with backing from Amazon, Starbucks, Kroger and a slew of other large corporations. The effort also received donations from smaller businesses, like Uwajimaya. The most recent filings show the campaign well on its way to exceed $400,000.

Speaking at Seattle City Club's Civic Cocktail on Wednesday, Strickland said the city should be making more fiscally difficult decisions before turning to the city’s business “ATM.” “It’s a conversation about priorities and making some really hard choices,” she said.

Recent polling, published by Crosscut Wednesday, suggests City Hall is facing a level of voter skepticism it has not seen before. Since 2016, trust in elected officials has dipped and voters appear less willing to provide new taxes.

González, though, maintained the funding source is necessary. “We have researched this, we have analyzed this, we have identified solutions," she said at Civic Cocktail. "What we do not have is money.”

In previous weeks, pro-tax groups have accused signature collectors of spreading misinformation. Katie Wilson of the Transit Riders Union and the "Decline to Sign" campaign in favor of the tax said she wasn't going to take the word of the repeal campaign and will "keep close watch as King County elections releases the exact count."

Still, in preparation for a vote next fall, she said, "Our challenge is going to be to make sure that the people of Seattle actually know what they’re voting on. With all the money floating around that’s going to be a challenge."

"We have a formidable opponent in this, but we’re going to do our best," she added. "I think this is just so important."

If the signatures are approved, the referendum will go to voters this November.