Incarcerating families is the American way 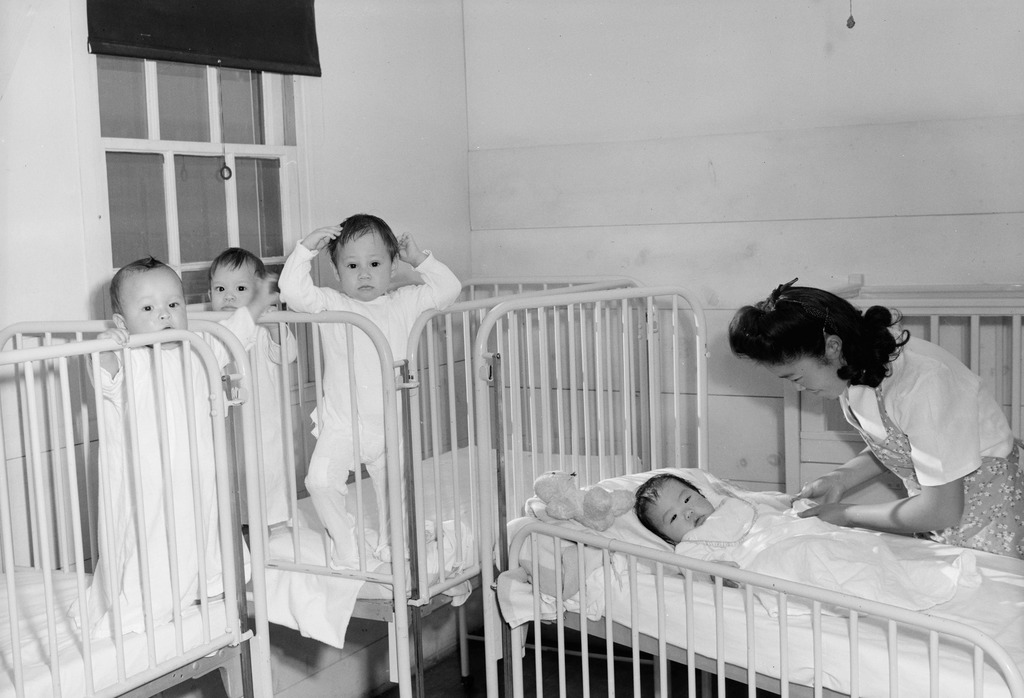 Orphaned children, including infants and toddlers, of Japanese descent were imprisoned at the Manzanar Children’s Village during World War II. (Photo by Ansel Adams, Courtesy of the Library of Congress via Densho)

Over the past week, a torrent of images, audio and heartbreaking details of family separation along our southern border made it impossible to deny that a humanitarian crisis was unfolding in the “land of the free.”

After the public and politicians from both sides of the aisle mobilized, President Trump finally responded Wednesday by issuing an executive order that will end the cruel practice of family separation and instead detain families together. Meanwhile, no plans have been made yet to reunite the thousands of children who have already been separated from their families.

The Executive Order might signal a tepid victory to some, but when the bar is set as low as outright terror inflicted on families, we can’t settle for moderate compromise. And the president’s proposed “solution” to this crisis sets the clock back 76 years, to a moment in our history we really ought to leave in the past.

In order to detain families together while also militantly policing the borders — on land that, unless you’re Native, isn’t ours to begin with — the president urges a “modification” to the 1990s consent decree, known as the Flores Settlement, to allow for immigrant minors to be held for more than 20 days. The administration’s attempt to supercede the law promises to be met with a tangle of legal complications in the days and months to come, but one thing is clear: Trump’s intent in the order is to detain families of immigrants and asylum seekers indefinitely and arguably without due process.

We’ve been here before. In 1942, President Franklin Delano Roosevelt's Executive Order 9066 unlawfully incarcerated some 120,000 Japanese American citizens and Japanese immigrants, indefinitely and without due process.

Approximately 40,000 children were included in these numbers, and their stories offer a bleak forecast for what might lay ahead for the children who have been swept up in the draconian “zero tolerance” immigration policies today.

About 100 of the incarcerated children were “unaccompanied minors” who were rounded up from orphanages and foster homes in the West because they were assumed to be bound by blood to some inherent loyalty to Japan and therefore a threat to American national security. Half of these kids were less than 7 years old; 29 percent of them were infants and toddlers. They were imprisoned in the Children’s Village at Manzanar concentration camp for the duration of the war. Images of this prison-within-a-prison bear a stark resemblance to the photos of a room crowded with neatly cornered tiny beds that journalist Jacob Soboroff published on Twitter last week.

Beyond the Children’s Village, the majority of Japanese American children were allowed the “luxury” of being incarcerated alongside their families, first at temporary detention facilities and then at one of the ten War Relocation Authority concentration camps that sprouted up across the American West and Arkansas. Others were not so lucky.

Within hours of the Pearl Harbor attack, Japanese immigrant men who had been under FBI surveillance for years were immediately placed into custody. These men were leaders of their communities, priests, intellectuals and Japanese language teachers. Many of them were also fathers. Their removal from their families was confusing and traumatic for their children.

Lilly Kobayashi Irinaga was out with her family at a community event in Portland on the day of the Pearl Harbor bombing. All of a sudden, FBI agents showed up and started calling out names of men who were being targeted for mass arrest. In an interview with Densho (the organization where I work), she recalled:

“And I was just shocked when my father's name was called, 'cause I thought, ‘Oh, my goodness, they said the FBI (agents) were here to take them away,’ but we didn't know to where or anything. But I was so sad when he was taken.”

Lilly and her family were eventually reunited with her father at Minidoka concentration camp, but many other families had to travel to the Department of Justice-run Crystal City detention facility in Texas in order to be together again. But the months, and sometimes years, of separation took their toll in many ways.

Etsuko Ichikwa Osaki’s father was a Buddhist priest in Seattle when he was apprehended. By the time he was finally reunited with his family at Crystal City, his own son called him ojisan (uncle) because he didn’t recognize the man who had been taken away when he was just a few days old.

Satsuki Ina was also reunited with her father at Crystal City as a young child. She was born at California’s Tule Lake concentration camp, but her family was separated after her father had the audacity to give a speech claiming his constitutional right to freedom. He was accused of sedition and sent to Crystal City.

Today, Ina works as a psychotherapist and speaks openly about her own lingering trauma and the trauma she has witnessed in her community, including lifelong anxiety and high blood pressure. And as a living witness to the trauma of family separation and incarceration, she sees stark parallels between her own experiences and what’s happening today. In a recent interview with Splinter News, Ina noted:

“One of the worst traumas for children is to be separated from their caregivers and then placed in what they calling ‘temporary detention facilities.’ But it’s indefinite detention — they have no idea how long they’re going to be held. They have no idea if they’ll ever see their parents again. That level of anxiety causes tremendous emotional stress, and we know from the research in neuroscience that constant release of these stress hormones can affect a child’s ability to learn, a child’s ability to self-manage, to regulate themselves.”

Even Laura Bush, whose husband created Immigration and Customs Enforcement as president, conjured this trauma in an op-ed for the Washington Post, citing a study that showed the long term effects of WWII-era incarceration, including significantly higher rates of cardiovascular disease and premature death.

After touring the California youth detention facility known as El Cajon, Breitbart news reporter Joel Pollak assured his readers that the children there were being provided “comfortable” accommodations and claimed that they “seemed genuinely happy.”

Similarly, Homeland Security Secretary Kirstjen Nielsen downplayed media reports of the cages and inhumane conditions at the detention facility by encouraging people not to believe the press and insisting that children are “very well taken care of.” Fox News pundit Laura Ingraham even went so far as to refer to the facilities as “essentially summer camps.”

And the parallels don’t end there. Then, as now, euphemistic language obscured the harsh reality that America was treating innocent children like criminals. The government said it was “evacuating” Japanese Americans, as if they were sweeping them to safety from some looming natural disaster. The “Children’s Village” of WWII has been replaced by “shelters” for the immigrant children of today. In reality, both are concentration camps and we should name them as such.

The justification for the unconstitutional mass detention of Japanese Americans started well before WWII with language that made immigrants and citizens alike out to be unfit for life in America. Throughout the 20th century, racist “yellow peril” rhetoric framed Japanese Americans as “rats” and “vermin;” “diseased” and “dangerous men.”

Dehumanizing and criminalizing language paved the path toward WWII family separation and incarceration, and it helped lay the foundation for the similarly inhumane acts we are witnessing today along our southern border.

This crisis has been years in the making, but the executive order signed into law on Wednesday is not a solution. It threatens to revive the system of family detention we saw at Crystal City and other American concentration camps in the 1940s. And, according to historian Roger Daniels, it will mark the first time since World War II that the military has been used to detain families on US soil.

While the order will surely be met with legal challenges, the fact that we are even having these debates 30 years after our country officially apologized for Japanese American incarceration shows just how much we have yet to learn from our history. 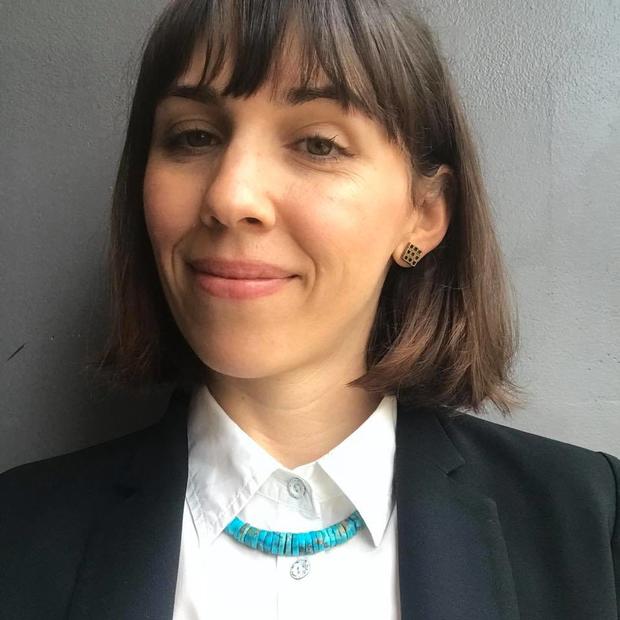