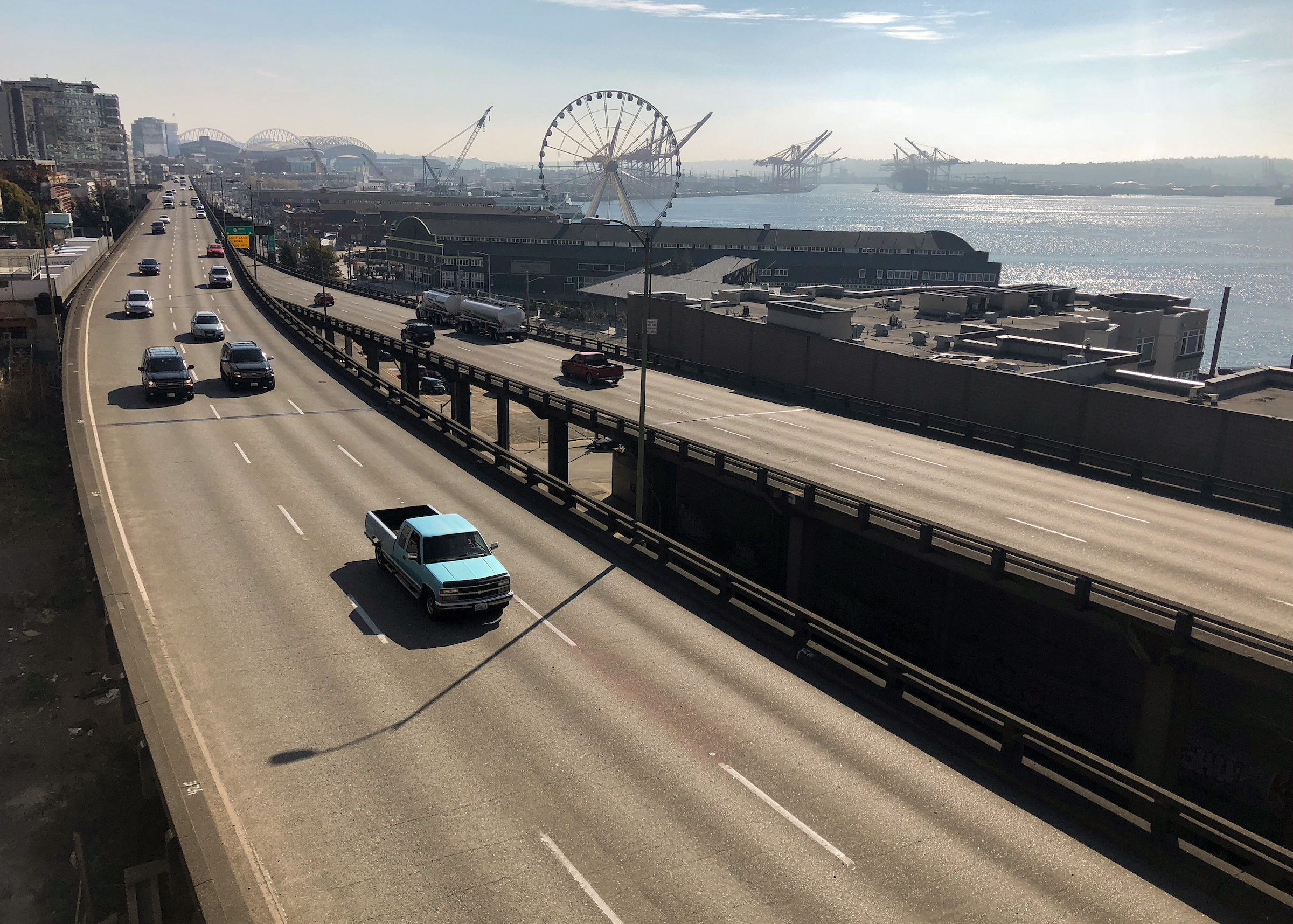 The Alaskan Way Viaduct with the Seattle Great Wheel and Elliott Bay in the background on Oct. 11, 2018 (Photo by Matt M. McKnight/Crosscut)

I’m going to miss the viaduct.

I know, I know, it’s a God-awful eyesore, a 1950s-era brutalist architectural scar separating the downtown from the waterfront. It’s dangerous. It needs to go, and soon it will — viaduct traffic will close in January, and crews will begin demolishing it, section by section. By the end of next year, the Alaskan Way Viaduct will be gone.

But having spent the past two years stuck in interminable traffic on the viaduct, often crawling in rush hour traffic, I’ve developed a grudging appreciation. It’s not just the magnificent view of Elliott Bay and the Olympics. In the mile between the Battery Street tunnel and SODO, practically the whole story of Seattle — past and present, grand and depressing — is laid out before you.

Heading southbound on Highway 99 into Seattle, you emerge from the Battery Street tunnel and look west to Elliott Bay. Container ships from around the world arrive daily, bloated with our iPhones and books and cheap toasters. Our iconic ferries come and go. Kayaks, sailboats and fishing vessels fill the voids. Cruise ships dock tight against the seawall. Coast Guard cutters lie in port. Planes line up their approach to Sea-Tac and Boeing Field. Rail lines, the spoils of global trade, parallel the highway. All of this in one glance to the west! It’s a scene straight out of children’s author Richard Scarry’s Busytown.

Some 200 yards out of the tunnel, the waterfront buildings come into view, and the icons of Seattle past appear. There’s Ivar’s, Red Robin, and Kidd Valley, staples of every Seattle childhood. Ye Olde Curiosity Shop, the Seattle Aquarium, Pike Place Market. Seattle’s central steam plant, still supplying heat to some 200 buildings throughout the downtown, sits next to the viaduct, a stubborn holdout amid the frenzied redevelopment. Look down to the right, just past the ferry terminal, and an old steel arch from 1920 heralding the now defunct Seattle Harbor Department still frames a view of the working waterfront. Further south, Pioneer Square and Smith Tower, the last vestiges of Seattle’s early days. And when you’re going the other direction, driving north on the viaduct, the Space Needle is among the first landmarks visible on the horizon.

Mixed among all these old Seattle landmarks are the shiny new trophies of the modern city. The Seattle Great Wheel’s mesmerizing light show, our first installment on a Blade Runner neon metropolis, towers incongruously above our otherwise our historic waterfront. Russell Investments Center, one of scores of new towers transforming the skyline, is home to Zillow, one of scores of tech firms transforming our economy. Immediately north of the Battery Street tunnel: the Gates Foundation and Lesser Amazonia. Immediately south of downtown: Starbucks’ headquarters and the new stadiums.

The heartbreaking symbols of new Seattle are also on display. Homeless encampments line areas under the north end of the viaduct, specters of Depression-era Hoovervilles somehow returning amid all our progress. And of course, there’s the dreadful traffic itself. The irony is not lost: Traffic, the most pervasive symbol of the price we’re paying for new Seattle, is the very thing forcing us to slow down, look around, and take in this diorama of Seattle’s history.

But in a few months  — Jan. 11, if current plans hold — even that will be gone. Perhaps the new tunnel will shorten our commutes, though I’m skeptical. Years of construction and umpteen million dollars spent to fix the Mercer Mess resulted in commute times that budged not at all. Instead of a slow tour through the splendor of Elliott Bay and the arc of the city’s history, I fear I will soon be paying for the pleasure of crawling through a dreary gray tunnel, taking in nothing but taillights and concrete. 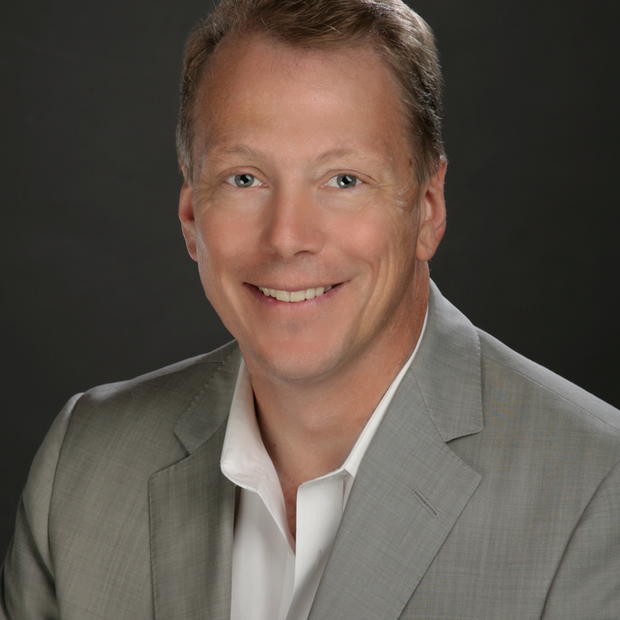