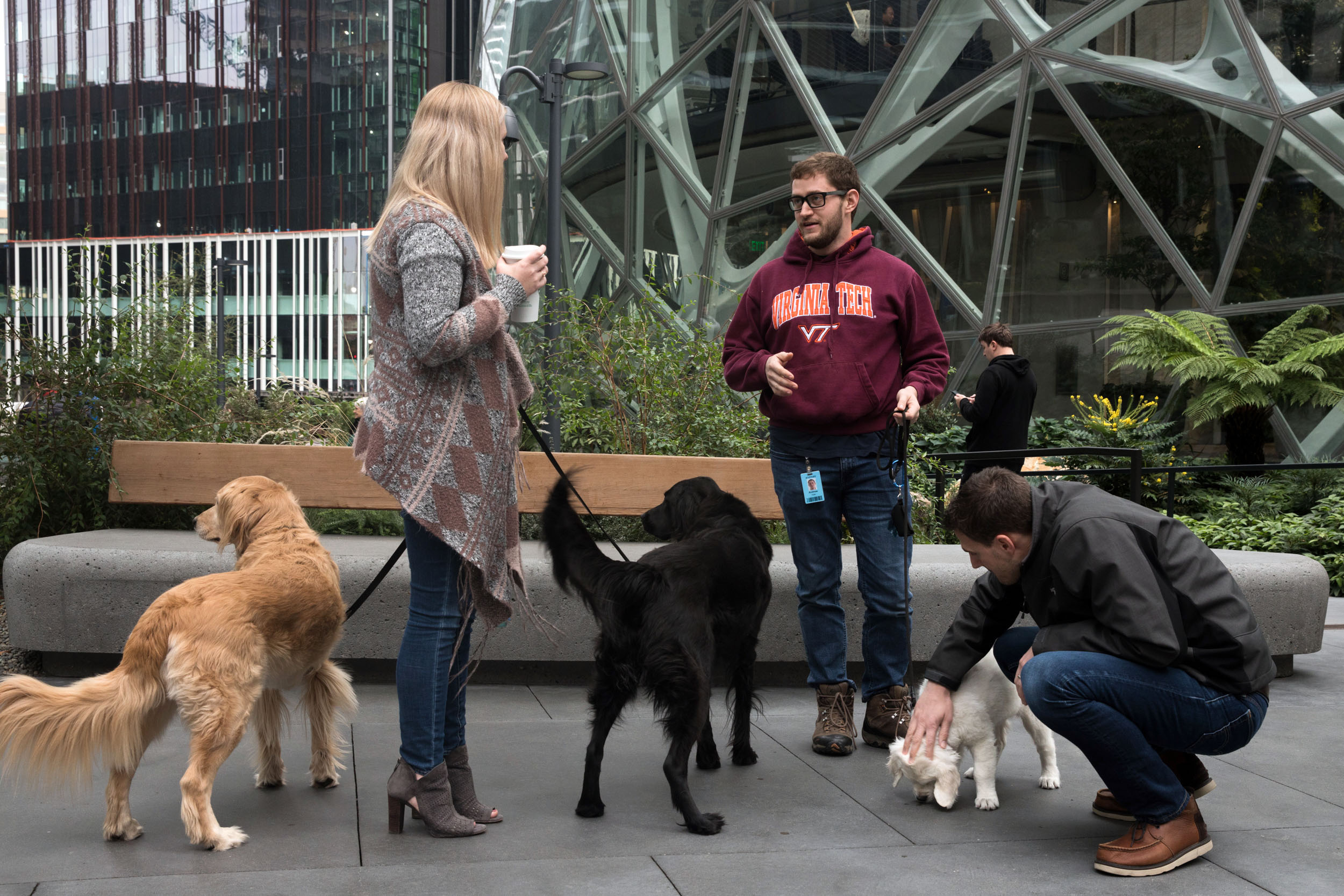 Amazon’s decision on its next big moves gives Seattle a chance to relax about itself.

It makes good sense for Amazon to enter the phase of producing replicants in other cities. A global company needs to spread risk and increase options. Amazon never needed to stay in Seattle as Boeing once did when it needed cheap aluminum and, before that, the spruce forests to make its planes.

Amazon needs intelligent bodies who can do knowledge work, and knowledge work can be done almost anywhere that knowledge workers like to congregate. Amazon’s decision to put two mini-HQ2s — one in Virginia outside Washington, D.C., at National Landing and one in New York City in Queens — indicates the company wants to be where smart, influential people are. Both are power centers in ways Seattle never has been. Both have and can attract scads of the knowledge workers — especially if the gloss of hipness can be cast over these semi-urban/suburban targeted zones that sound like South Lake Unions in the making.

That said, both locations offer urban amenities Seattle cannot. These new campuses — or hubs — will have mass transit and room to grow from day one. When is light rail reaching south Queen Anne? ST3 is a 25-year project. While Amazon went into its HQ2 search thinking it would create one 50,000-employee rival to its Seattle’s HQ1, instead — and I think wisely — Amazon learned some lessons from its Seattle experience and decided to try something new.

Fifty thousand jobs is tough for a city to accommodate, like a python trying to swallow a hyena — not pretty. The two new mini-mes promise their hosts 25,000 jobs each, a number New York City Mayor Bill de Blasio says is “the single biggest development deal in the history of New York City.” That’s a stopper. Seattle has been flagellating itself because we have been choking on 45,000 Amazon jobs in the area (with openings for some 8,000 more employees), and New York’s mayor is going gaga over half that many?

If it’s going to be a challenge for New York at half the number of jobs, Seattle has done pretty damn well accommodating as much as we have. Another 50,000 would have been impossible unless we undertook something on the scale of World War II’s Manhattan Project. Now, New York and Washington can attack the challenge.

Amazon has clearly learned something from the Seattle experience: Don’t do that again. The blowback and civic surprises are tough (income inequality, homelessness, unmet infrastructure needs, gridlock). And here’s one Amazon disruption that has been a boon for displacement: In its new HQ2s, the company is promising not only 25,000 jobs, but jobs with an average of pay of $150,000 per year. You plunk down that many folks making that kind of money and you’re going to have a tight housing market. If Seattle’s median household pay is $78,000 and if your neighbors are making $150,000, you’re moving to Burien or Lake Stevens.

Already folks in New York and the D.C. area are concerned. The Jeff Bezos-owned Washington Post reports that there is concern over further displacement of blue collar and service workers to places without good transportation options. In New York, newly elected Rep. Alexandria Ocasio-Cortez, is sounding warnings about the subsidies and tax breaks her city has offered to secure an Amazon branch. “Amazon is a billion-dollar company,” she says. Actually, its stock value this fall hit a trillion, but who’s counting? “The idea,” she continues, “that it will receive hundreds of millions of dollars in tax breaks at a time when our subway is crumbling and our communities need more investment, not less, is extremely concerning to residents here.”

Unfortunately, that is today’s corporate formula. Here in “socialist” Seattle, we have largely rejected public subsidies for billionaire sports franchise owners, but we’ve bent for Boeing and been cowed by Amazon. Amazon has realized that such incentives are important in making civic entities into subservient "partners." The company is run by the richest man in the world, and he got that way because he knows how to make you want him more than he wants you. He’s playing that game everywhere, and it works. So does every successful mogul.

Amazon is not only taking slightly smaller urban bites, but is establishing the template for its further expansion: In return for jobs and investment in construction, Amazon will get multimillion cash grants and billions of dollars in tax breaks from New York and Virginia. Amazon doesn’t pay a head tax; taxpayers pay a tax to Amazon for bringing its knowledge workers to town. The same holds true for Nashville, which will get a new “Operations Center of Excellence” with some 5,000 workers, and pay for the privilege. I have the feeling we’ll see a similar deal when Bezos opens his moon colony.

Amazon sprouted in Seattle somewhat organically, from a small garage operation to a global colossus. Seattle has been a good incubator for tech giants, Microsoft, for example, and has proven to be an appealing haven for techies fleeing the Silicon Valley. Amazon outgrew us. That is good news. Let it scale itself elsewhere. Let it flourish like the hot-house plants in the Denny Triangle’s Spheres.

I think Seattle should be relieved that the pressure is off us to be Amazon’s one-and-only. It has new places to grow and conquer.