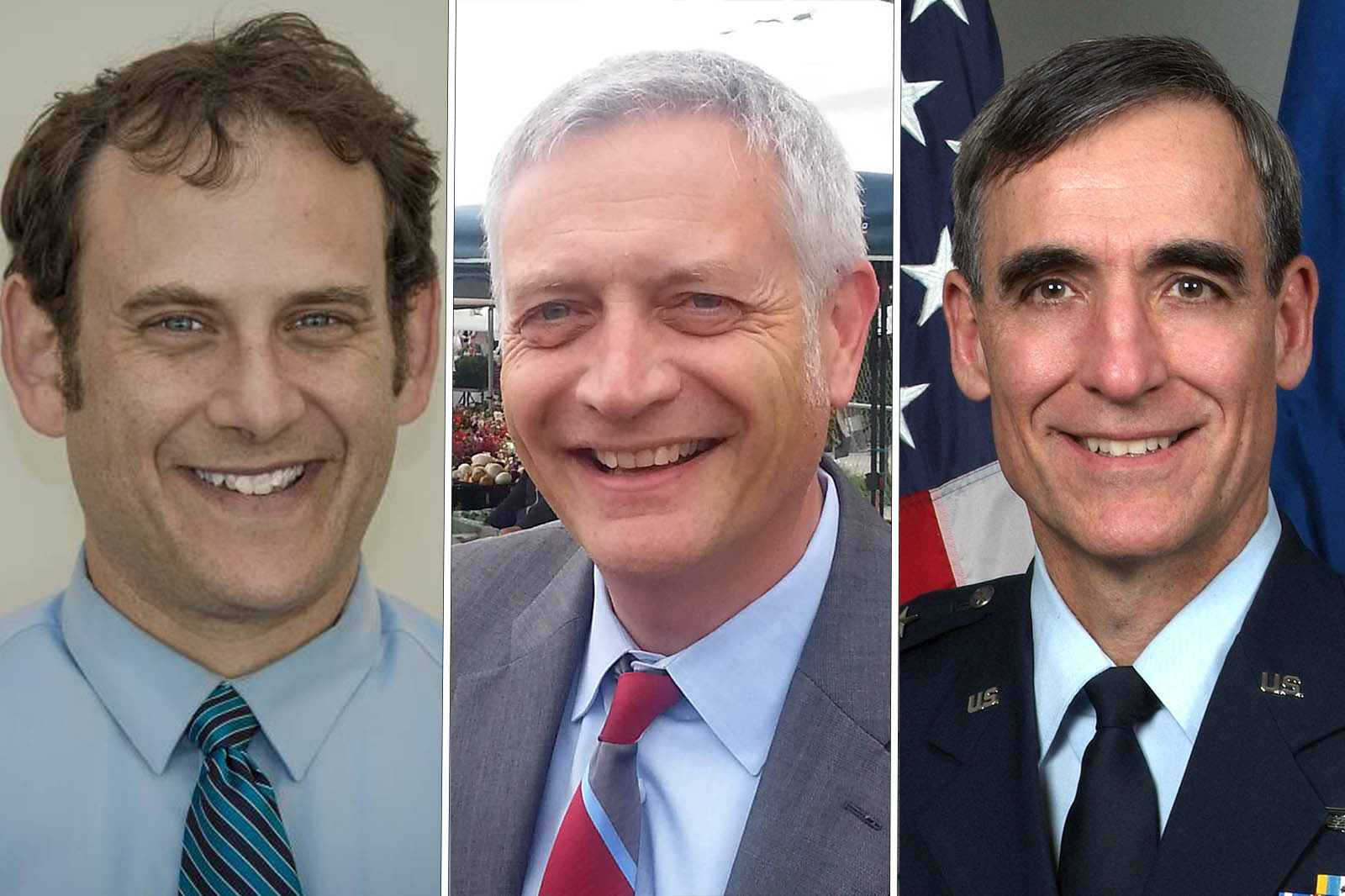 Mayor Jenny Durkan has met with three finalists for the role of director of the Seattle Department of Transportation. Her office says the city charter prevents them from providing details — or even names — of the three candidates, but Crosscut has learned from multiple sources they are Sam Zimbabwe of the District Department of Transportation in Washington, D.C., Kamuron Gurol of Sound Transit and retired Air Force Maj. Gen. Mike Worden, a consultant with a background in the aerospace and defense industries, including with Lockheed Martin.

The three names come from a list of seven candidates initially interviewed by an 11-member search committee. The committee forwarded more than three names to the mayor for final consideration, but Durkan only interviewed Gurol, Zimbabwe and Worden. Crosscut has not confirmed the reasons why no one else was interviewed.

Durkan has said she intends to make her choice by the end of the year. The director will take over a department with more than 900 full-time equivalent employees and a budget of more than $600 million. The city's last permanent director, Scott Kubly, made $180,000 per year.

The transportation department has been without a permanent leader for the past year, since Kubly resigned shortly after Durkan took office. For most of 2018, the acting director has been Goran Sparrman, who was tasked with reviewing operations within SDOT. Sparrman left for the private sector at the end of the summer, passing the interim role to Linea Laird, a former WSDOT engineer.

With a lengthy list of transportation-related issues facing the city in the years to come, selecting a nominee to lead SDOT will be among Durkan’s biggest appointments since taking office. In July, she nominated Carmen Best to serve as chief of the Seattle Police Department. In August, she nominated Debra Smith to lead Seattle City Light. Both were easily confirmed by the Seattle City Council.

The three candidates Durkan has interviewed for the SDOT position come from varying backgrounds and locales.

Sam Zimbabwe is currently the chief project delivery officer at the District Department of Transportation in Washington, D.C., a job he’s held since March 2017, according to his LinkedIn. Before that he was the same department’s associate director of policy planning and sustainability.

Zimbabwe has a background in urban design. After studying urban and regional studies at Cornell University, he went on to earn a master’s in city planning and urban design.

He worked for a period of time as a designer in the private sector, working with an Oakland-based architecture firm before focusing on transit-adjacent development for a D.C.-based non-profit, Reconnecting America.

Zimbabwe works on issues in D.C. that should sound familiar to any Seattle resident. He’s currently helping to develop the city’s approach to dockless bike- and scooter-sharing, deciding whether there should be a cap on the number of bikes and scooters and how much the city should charge companies that provide them. He also works on traffic issues, including the creation of dedicated bus lanes, which sounds very similar to Seattle’s struggles with adding a bus lane on Denny Way.

Kamuron Gurol is the homegrown candidate. According to his LinkedIn profile, Gurol graduated from Nathan Hale High School, studied geology at the University of Washington and earned his master’s in public administration at Harvard University.

His time in Burien ended without explanation in September 2016. After a closed door discussion, the Burien City Council voted 4-3 to fire Gurol, but did not offer any explanation for why, according to the B-Town Blog.

In February 2017, Gurol took a job as Sound Transit’s corridor development director. According to a Facebook post from Gurol, the job involves “working on light rail expansion, a new bus rapid transit line, and on commuter rail projects in North King County and in Snohomish County.”

Worden’s resume is a stark contrast to the more traditional trajectory of the other two candidates. A graduate of the Air Force Academy, Worden was a commander in the academy’s “Warfare Center.” According to his LinkedIn profile, he was responsible for the academy’s “advanced combat training, testing, and tactics development and integration of air, space, and cyberspace.”

He is also a history buff who has written extensively about leadership in the Air Force, including a 1998 book titled Rise of the Fighter Generals.

Worden moved into private consulting in 2016, relocating from Denver to the Greater Seattle area. His areas of focus are aviation, intelligence, recognizance, defense and business strategies.

The new director will take over one of the city’s largest departments and inherit a long list of daunting challenges. The goals of the nine-year, $930 million Move Seattle property tax levy approved by voters in 2015 have been scaled back amid rising costs and what Mayor Durkan has called poor planning. The fate of the new downtown streetcar is still unknown. Construction crews are weeks from beginning the demolition of the viaduct. Hordes of buses are about to be forced out of the tunnel by light rail construction. The city must coordinate with Sound Transit as it rolls out its massive tax levies to expand bus and light rail transit across the region. And the city’s long-promised network of bike lanes has yet to materialize.

Traffic in and around the city is expected to get so bad in the next couple of years that a series of nicknames for the oncoming slowdown has emerged — “Period of Maximum Constraint,” “Seattle Squeeze,” “Jenny Jam” and likely others.

Durkan’s office has sought to keep the finalists confidential, arguing an open process could discourage qualified applicants from stepping forward. Staff specifically point to a clause in the city charter that offers, "Assurance of fair treatment of applicants and employees with proper regard for their privacy and constitutional rights as citizens."

Spokesperson for Durkan, Mark Prentice, declined to comment on the finalists.

"For the search for the next Director of the Seattle Department of Transportation and other department leaders, we have sought out and been guided by community input, including building a robust search committee to review and interview applications while also honoring our obligation to protect the privacy of all job applicants.

"The City of Seattle is committed to protecting the privacy of all employees and job applicants."

It's not uncommon for the city to shield applicants from public view. For example, when Kubly was appointed in 2014 under former Mayor Ed Murray, the finalists were kept confidential. Similarly, applicants for Seattle City Light CEO were never publicized, even after the mayor tapped Debra Smith for the job.

The exception is the hunt for a police chief. Finalists for that position are required by city charter to be made public.

In addition to SDOT, the departments of Information Technology, Parks and Recreation, Human Services, Human Resources and Civil Rights still do not have confirmed permanent leaders. Durkan has said repeatedly that she is taking her time to get it right.

Calls to two finalists had not been returned by the time of publication. The third, Worden, declined to comment.