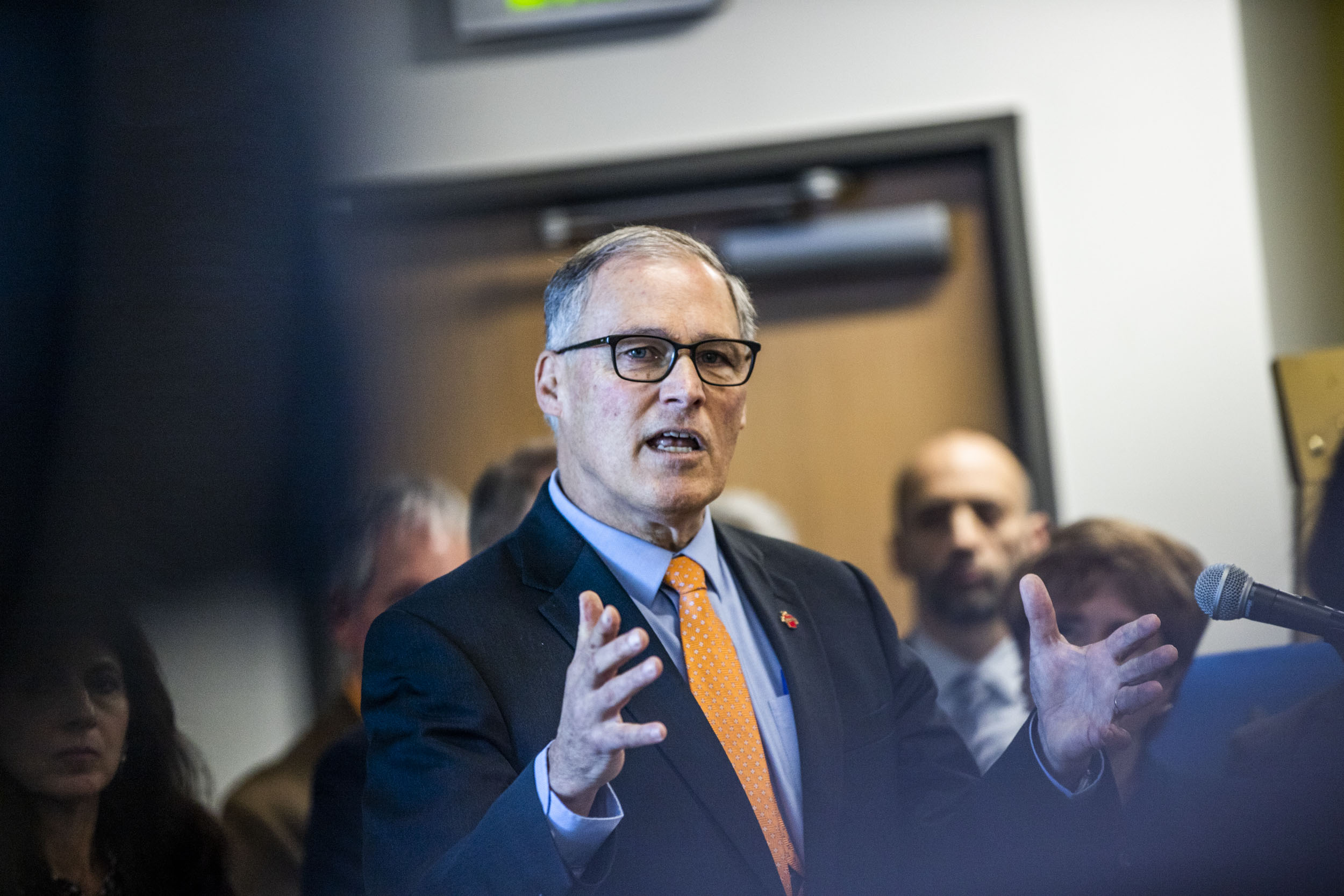 Two years into his second term, Gov. Jay Inslee’s approval numbers are better than they’ve ever been, according to a new Crosscut/Elway Poll. But as he creeps closer to declaring what promises to be an uphill bid to become president of the United States, his home-state fans aren’t necessarily all-in on Inslee 2020.

In a survey of 502 registered Washington voters across the state, 48 percent gave Inslee a “good” or “excellent” rating as governor, while 46 percent classified his performance as “only fair” or “poor” — two categorizations lumped together by pollster Stuart Elway as “disapproval.” The margin of error is plus or minus 4.5 percent.

Although the numbers show Inslee falling short of majority approval, it’s the first time an Elway poll has had Inslee’s favorable numbers outpacing his unfavorable — including immediately after he was first elected in 2012. His previous best was a 45 percent approval rating in January 2014, but his disapproval at the time was 50 percent.

Not surprisingly, his support is highly partisan and geographical. Seventy-nine percent of Republicans polled said they disapproved of Inslee’s performance; 76 percent of Democrats said they approved. The bulk of his favorability comes from Western Washington and urban areas, while residents of Eastern Washington and more rural parts of the state are dissatisfied.

Inslee’s bump comes as the governor very publicly considers joining the race for president. Inslee, a member of the U.S. House of Representatives before he was governor, has set up a political action committee, or PAC, to raise money in the event he moves forward with a run. He has so far stopped just short of declaring, but some national publications have taken the liberty of essentially declaring on his behalf. 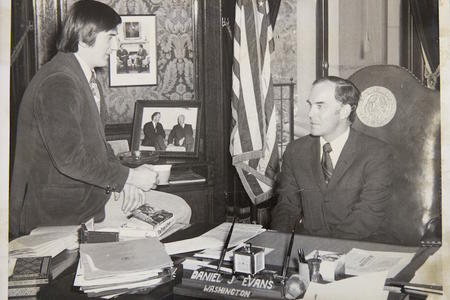 Stuart Elway has been surveying Washingtonians for decades and he’s never seen so much partisanship — and so little optimism.

If he does jump in, Inslee can’t necessarily count on the Washington voters who sent him to Olympia to back him for the Democratic nomination, the poll shows. When asked how he would do as president, his support drops — 35 percent of those polled said he would be “excellent” or “good” in the role; 56 percent said “only fair” or “poor.”

Contacted after taking part in the poll, Kate Jones said she likes the job Inslee has done as governor, but falls into the camp of Democrats waiting to see who else declares in what likely will be a crowded Democratic field. The 69-year-old Spokane resident said her top priority is nominating someone who can beat Donald Trump and “heal” the country. “I want to see who else is out there,” she said, adding, “I don’t know if he has enough national exposure to be able to have a viable campaign.”

In the event a bid for the presidency falls short, or never materializes, it’s unclear whether Inslee would seek a third term as governor. But, as the Yakima Herald-Republic recently pointed out, governors who run for president often suffer back home. Chris Christie, Bobby Jindal and Scott Walker all saw their approval numbers sink in their home state as they ran for President. The exception was Ohio Gov. John Kasich.

Inslee has already faced the attack from Washington Republicans that his national aspirations would be a distraction from local matters. But those jabs haven’t yet stuck — only 20 percent of poll respondents said they thought an Inslee run for president would hurt the state. Thirty-three percent said they thought it would be good for the state, while 41 percent said they didn’t think it mattered one way or the other.

The Crosscut/Elway Poll did not test Inslee’s numbers relative to other national figures. If the option was Inslee versus Trump in the general election, for example, the number of voters who back him would certainly go up. If it was Inslee versus, say, Massachusetts Sen. Elizabeth Warren in the primary, it’s unclear how that might affect his support.

Running for president or not, Inslee will have a new legislative session to monitor beginning next week. Olympia will look much different than last year: Democrats now have large majorities in both houses. Be it this newfound political backing, his possible presidential campaign or both, Inslee has taken more aggressively progressive policy positions in recent weeks. His budget includes a tax on capital gains, he’s offered pardons for thousands of people with marijuana convictions on their records and on Tuesday he proposed legislation to develop a public health-care plan in Washington.

Voter priorities have shifted as well. According to the Crosscut/Elway Poll, which also addressed the coming legislative session, addressing social service needs is now the top voter priority in 2019 — a category that includes mental health and homelessness. Education had held that honor since 2014, as the Legislature grappled with the court-ordered mandate to fully fund education. The state Supreme Court said last summer the Legislature’s current plan meets that obligation. Before 2014, the economy was the top issue for voters as the country grappled with the aftermath of the 2008 economic collapse.

Environmental issues saw a notable jump as a priority as well, with 14 percent of respondents saying the Legislature should focus on those issues during its 2019 session. Just 7 percent said the same last year.

In what will be an inch-wide, mile-deep Democratic primary, Inslee has laid the groundwork to be the environmental candidate — an extension of his message as both governor and a member of Congress. As the environment becomes a greater priority for voters, that would almost certainly benefit Inslee. Whether it is a winning issue, as Inslee contends, is yet to be seen.

Meanwhile, the question remains of whether the governor will actually enter the race. Inslee has another opportunity to provide an answer this weekend as he heads to Las Vegas to keynote a summit put on by progressive organization Battle Born Progress. At the same time, he’s had no shortage of chances so far and yet the public continues to wait.

The Crosscut/Elway Poll is property of Cascade Public Media

Crosscut has partnered with Stuart Elway, who has been providing independent, nonpartisan analysis of public opinion in Washington and the Northwest since 1992. The Elway Poll is rated as one of the top six election pollsters in the United States, with an “A+” grade from fivethirtyeight.com. The complete results of the Crosscut/Elway Poll can be found here.

Stuart Elway has been surveying Washingtonians for decades and he’s never seen so much partisanship — and so little optimism.