Motel 6 to pay $12M for leaking guest info to ICE 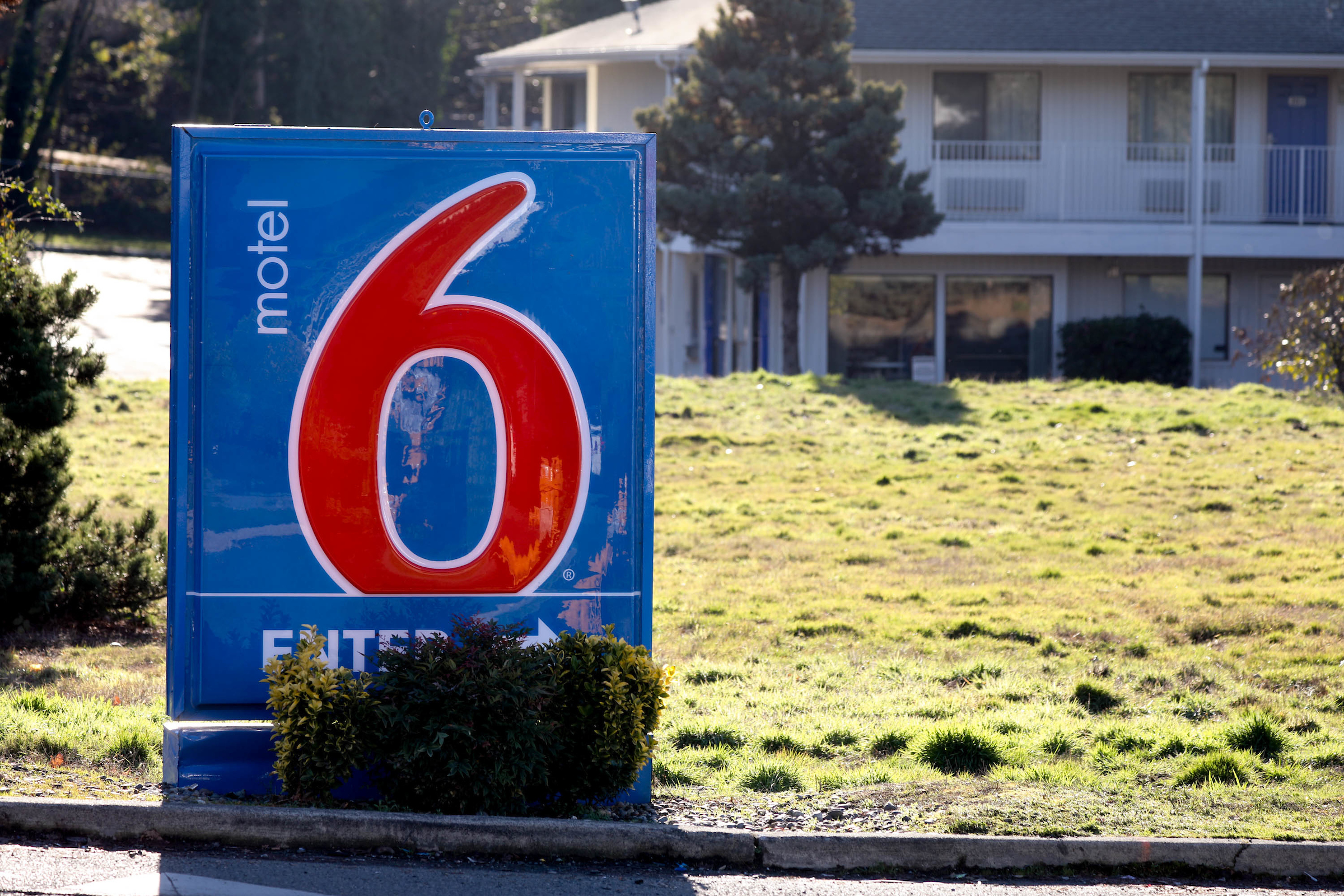 Washington Attorney General Bob Ferguson sued the Motel 6 hotel chain regarding violations of privacy for thousands of Washingtonians. Shown is a Motel 6 in SeaTac. (Photo by Matt M. McKnight/Crosscut)

Motel 6 has also agreed to no longer hand over guest lists to ICE without a warrant. The company will also provide training for its employees to ensure guests’ private information is no longer unlawfully released. Ferguson’s office will monitor Motel 6’s policies and training for the next three years.

“Motel 6’s actions tore families apart and violated the privacy rights of tens of thousands of Washingtonians,” Ferguson said in a press release.

When the lawsuit was filed in King County Superior Court in January 2018, Ferguson accused the hotel chain of disclosing the personal information of at least 9,000 guests in Washington state. A subsequent investigation by his office found that, from 2015 to 2017, seven Washington locations shared the personal information of approximately 80,000 guests. They included locations in Bellingham, North Everett, South Everett, South Seattle, SeaTac and South Tacoma.

ICE agents visited the motels early in the morning or late at night. Agents then requested the day’s guest list and circled any names that appeared to be Latino.

As a consequence of the hotel’s practices, ICE  detained at least nine individuals, actions that had serious consequences for several families in Washington state, Ferguson said.

For example, one Seattle man, who was wrapping Christmas presents for his four children at a Motel 6, was deported after ICE approached him in the hotel’s parking lot. He had been the family’s sole provider.

Another Washington man who has lived in the U.S. since he was 1 year old also was detained in a Motel 6 parking lot. Although eventually released, the man reportedly lost his job as a result of his detention.

The Attorney General’s Office began to investigate Motel 6 after news reports in 2017 revealed that two of the hotel’s locations in Arizona had voluntarily provided personal guest information to ICE without a warrant, leading to the detention of at least 20 people in that state.

As part of a class-action lawsuit in Arizona, Motel 6 agreed to pay up to $8.9 million last year.

Ferguson argued that Motel 6 violated its own privacy policy, which assured customers it would protect personal information, such as driver’s license numbers, license plate numbers and dates of birth. His office also said the release of the information constituted a deceptive business practice and violated the Consumer Protection Act.

Ferguson also asserted that Motel 6 knew that ICE used the chain's guest lists to “target customers based on national origin, including customers with Latino-sounding names,” violating the Washington Law Against Discrimination.

According to the Attorney General’s Office, Motel 6 has more than 1,200 locations across North America. In Washington state, the company owns and operates 26 locations in Washington, including company-owned and franchise-owned motels.