Blocked from Boeing Field in Seattle, ICE flies to Yakima instead

City leaders in Yakima are now discussing whether they want to continue to service the federal agency. 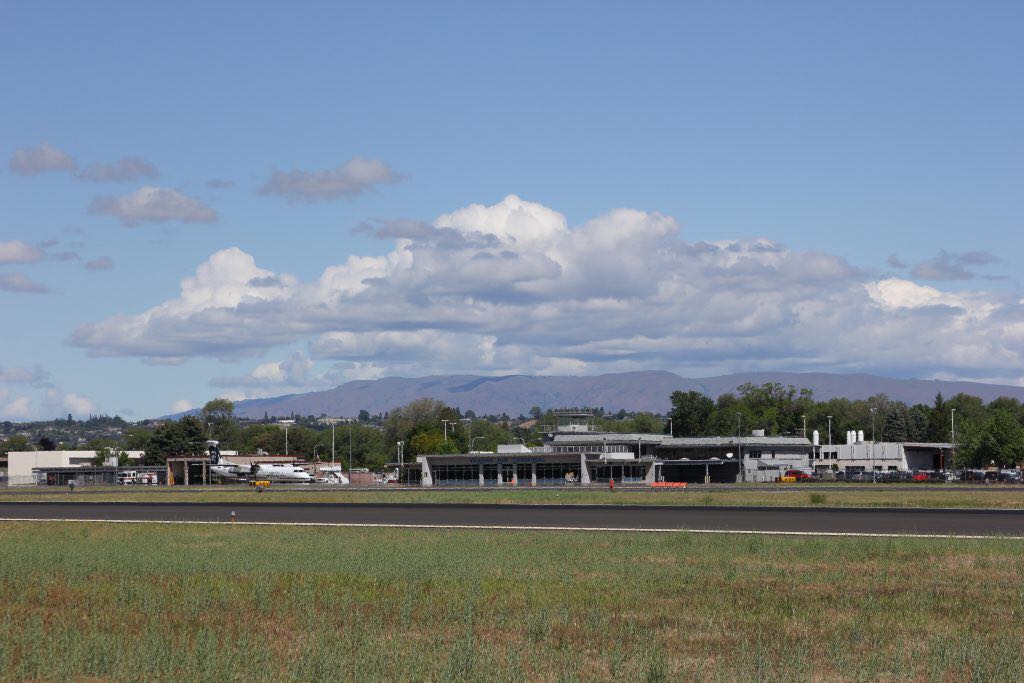 Yakima Air Terminal at McAllister Field. (Photo courtesy of the city of Yakima)

On the heels of King County’s announcement that Boeing Field will no longer service ICE Air flights, a plane dropping off and picking up undocumented immigrants landed in Yakima on Tuesday morning.

Yakima City Council members received advanced warning from the city manager on Monday that a plane carrying 40 immigrants would be flying from Phoenix to Yakima Air Terminal at McAllister Field. The plane landed at 9:39 a.m.

The plane was on the ground for approximately two hours while it picked up 92 detainees. According to an email sent to Yakima City Council members, those who had been on the flight boarded a bus headed for the Northwest Detention Center in Tacoma. At 11:16 a.m., the plane left for El Paso, Texas.

According to the University of Washington Center for Human Rights, an ICE Air flight had not landed in Yakima since 2016, when a large group of Haitians were detained on behalf of the federal agency and taken to Yakima County jail.

Phil Neff, program coordinator at the UW center, said the plane appears to be the latest in a regularly scheduled flight that previously landed at Boeing Field, before King County, out of human rights concerns, put pressure on operators to stop servicing such planes.

When asked about the flight to Yakima, Tanya Roman, a spokesperson for ICE in the Pacific Northwest, said: “U.S. Immigration and Customs Enforcement (ICE) has available, and has utilized, a variety of transportation options to achieve its mission requirements.”

Like King County International Airport, familiarly known as Boeing Field, Yakima Air Terminal is a public airport. Federal agencies are free to use the airport, explained its director Rob Peterson.

But Yakima Air Terminal has only one company that provides landing and fueling services to flights there: McCormick Air Center. The company notified airport administrators of the scheduled ICE Air flight, said city spokesperson Randy Beehler. The airport in turn then notified the city.

“I do think it’s alarming,” said Dulce Gutiérrez, a Yakima City Council member who on Monday learned of the ICE Air flight.

Both she and Beehler said council members are trying to learn more about whether ICE Air flights might land in Yakima more frequently, given the decision by operators at Boeing Field to stop working with the federal agency.

The city of Yakima already has what is referred to as an Inter-Governmental Service Agreement with ICE. The Yakima County jail receives money from the federal agency for holding detainees.

In 2016 and 2017, for example, the jail held at least 690 immigrant detainees from at least 25 counties across Washington, Montana, Idaho and Oregon, according to ICE detainer forms reviewed by the UW Center for Human Rights.

Peterson, the Yakima airport director, said it would be up to local leadership in Yakima to decide whether to continue to service ICE Air flights.

“We are a public use airport,” Peterson said. But the Yakima City Council and the city manager “set the policies within the city.”

When asked whether the city council and manager might be supportive of servicing such flights, Beehler said: “It’s a little too early to know right now.”

He said the city has asked the legal department to look into the matter, especially with regard to whether federal funding for the city could be impacted by any city actions regarding the flights.

Last week, all three fixed-base operators at Boeing Field pledged to cease working with ICE. The decision came after King County Executive Constantine announced he was planning to put a stop to the flights.

Constantine first pledged to shut down the flights in 2018, but didn’t make good on that promise until a report revealed last month that 34,400 detainees had been deported from Boeing Field in the past eight years.

Boeing Field is believed to be the first airport in the country that refuses service to ICE Air flights. 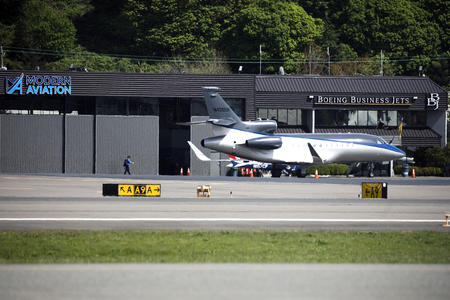 Airlines have agreed to cease transporting undocumented immigrants via the south Seattle airport. Observers worry that flights could shift to Everett.

by / May 3
Article continues below

Airlines have agreed to cease transporting undocumented immigrants via the south Seattle airport. Observers worry that flights could shift to Everett.