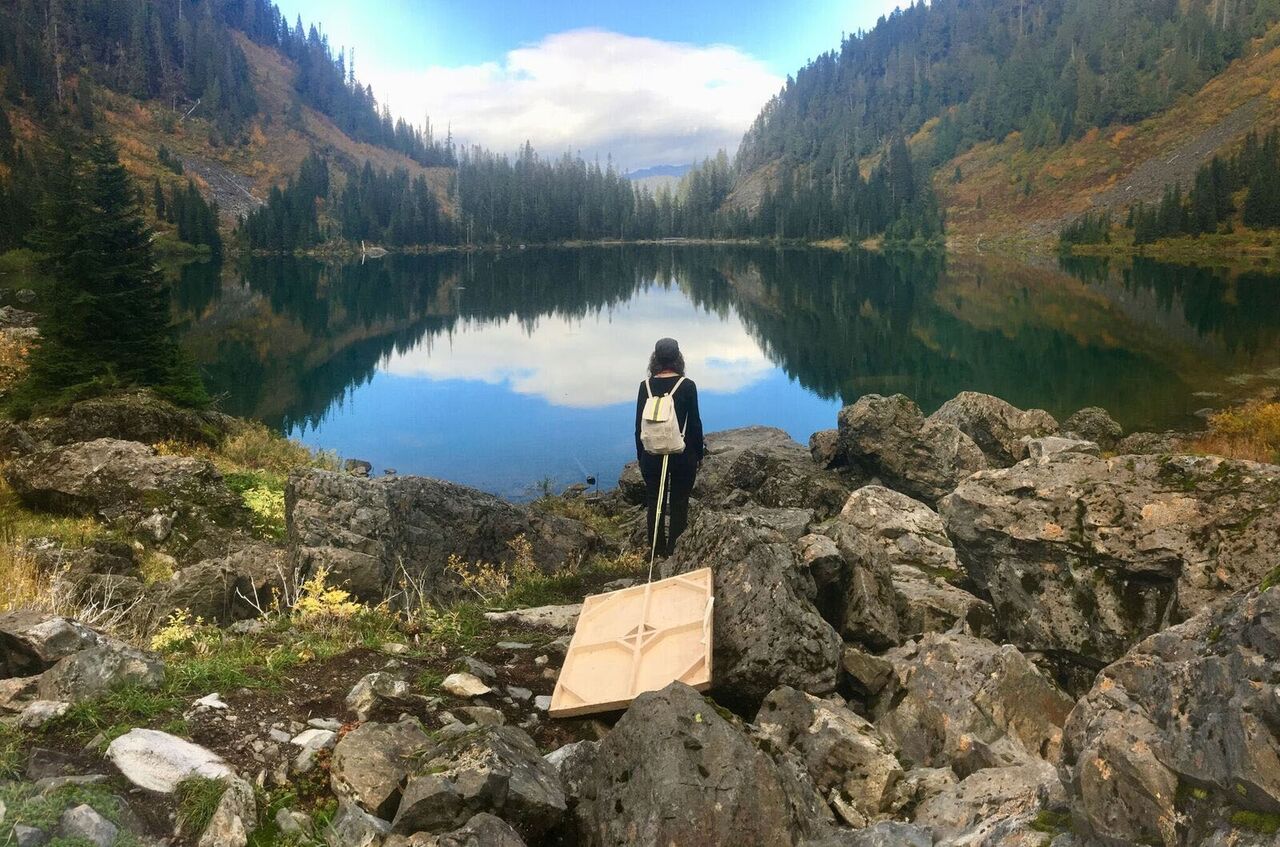 Since the time of cave paintings, artists have been translating the state of their environment. There are a ton of bison out there today, one such painting might convey. Archaeologists say this art form is evidence of an evolutionary shift: the onset of symbolic thinking, a marker for the modern mind.

How might those ancient artists have translated the U.N.’s 1,500-page report on the environment that landed last week? “One Million Species Face Extinction. And Humans Will Suffer as a Result,” read the headline in the Washington Post. The accompanying photo showed a beached whale in the San Francisco Bay. “Humans Are Speeding Extinction and Altering the Natural World at an ‘Unprecedented’ Rate,” wrote the New York Times, next to a photo of a sea turtle, its neck disfigured by a piece of fishing rope wrapped tight as a noose.

The news was dire, and overwhelming. It seemed like it should’ve been the primary topic of conversation everywhere, and yet I couldn’t bring myself to read the entirety of the articles. It was too bleak, too frightening, too much. I thought maybe I could approach it in small bites, so I took breaks, which stretched into days.

But pushing the environmental reality off until some future date is what characters always do in the flashbacks of dystopian sci-fi movies (before they grow accustomed to living in underground tunnels). Denial is how we arrived at this urgent climate situation in the first place.

I felt like I needed a translator — a way to approach the information in a more symbolic way. So I looked back to the panel I moderated at the recent Crosscut Festival, which featured local artists working to break through the paralyzing sense of environmental overwhelm. Like many artists whose work is ecologically informed, these creatives are aiming to reach people with a message about climate change that inspires engagement, rather than mental shutdown.

“One of my goals is for people to not feel extremely agitated when they’re thinking about climate change,” said panelist Judy Twedt, a climate data sound artist based at the University of Washington. She recalled the mistake she made when teaching her first class on global warming to a group of undergraduates. “We flooded them with data, in slide after slide,” she said. “We have so much evidence.” But she soon realized the students were overwhelmed. “There wasn’t any space for processing it,” she said.

So Twedt used her scientific training and musical background to transpose data (about rising temperatures or shrinking sea ice, for example) onto a musical score. The resulting soundtracks are hauntingly beautiful. But most important, they are illustrative in a way that feels more intuitive than reams of stats. “The soundtrack can help you slow down and open up for an emotional connection to the science of climate change,” she explained.

Multimedia installation artist Ryan! Feddersen works to achieve the same result, with a different approach. Her art is interactive, incorporating elements of play — stickers, crayons, paint that “disappears” to reveal a message when a warm hand presses against it — that encourage participation across generations and backgrounds. “I definitely started with work that was more confrontational, provocative and shocking,” Feddersen said. “But I don’t think that’s the way you win an argument very often.”

In her immersive Coyote Now installations, Feddersen creates huge comic-book style panels and invites audiences to color them in. A member of the Confederated Tribes of the Colville, she places the Native American trickster animal (whose missteps are meant as lessons in what to avoid) in contemporary conundrums. (In one story, Coyote is addicted to the internet and misses out on experiencing the outdoors.) She creates art “to give people space to talk about things in a way that allows them to make other choices,” she said. “The mindset becomes much more conducive to discovery and introspection when you’re being creative," Feddersen added. “It gives people the opportunity to have new thoughts about a subject without feeling threatened.”

Panelist Chris Jordan had his own revelatory moment during a recent creative project. The photographer originally gained acclaim documenting the excesses of human consumption, in series such as Running the Numbers: Portraits of Global Mass Culture, for which he amassed our daily castoffs (cellphones, cigarette lighters) in artful ways — such as a whale image constructed of 50,000 blue and white plastic bags, the estimated number of plastic pieces floating in every square mile of the oceans. Jordan talked about his recent project in the remote Midway Islands, 1,300 miles northwest of Honolulu. He traveled there to photograph the albatross population, which is dying off due to the birds’ consumption of plastic detritus in the Pacific Ocean.

“It began as a witnessing of a tragedy,” Jordan said. “I was only interested in the plastic inside their stomachs, as a commentary on mass consumption.” His portraits of their decaying bodies are a gut-punch: countless birds whose desiccated bellies reveal bright pink, yellow and blue plastic caps and doodads. But after years spent on the project, Jordan experienced a sea change. “I fell in love with the live birds,” he said. “My project morphed from a horror story to a love story.” His attention shifted from the shock of the albatrosses’ deaths to the majesty of their existence. “If I can really witness [the birds] with reverence, and show people, here’s how much I care,” Jordan realized, “I’ll tap into something universal.” In the end, he made a documentary about the albatrosses so as to share their remarkable beauty with the world.

The panelists agreed that reminding us of the world’s natural beauty — in the midst of enormous threats to it — is one of the most obvious but essential ways art can serve the future of the environment.

“As a curator, one of the things I’m always searching for is the beauty,” said panelist Barbara Matilsky. “Beauty is what we all respond to as humans. Beauty is what’s going to connect us.” She emphasized that this is hardly a new idea. One of her previous exhibitions at the Whatcom Museum in Bellingham, Vanishing Ice: Artists on the Front Line of Global Climate Change, showcased some of the 18th, 19th and early 20th century artists who strove to capture natural landscapes in paintings and photographs as a way to engender awe and appreciation of such wonders. Such artwork, she said, “gives people a sense of transcendence.”

It might seem too-little-too-late to argue for sublime beauty in the face of urgent statistics about habitat loss, mass extinctions, droughts, wildfires and coastal erosion. But the introspective state that art is so adept at conjuring might be the only angle from which our modern brains can process and address the monumental facts.

“We shut down when we think there’s a foregone conclusion,” Twedt said. “But beauty has a way of keeping cynicism in check.”

Perhaps we aren’t doomed to be the characters in the dystopian sci-fi flashbacks, the ones who never seem to read the writing on the wall. (There are no bison out there any more.) I’d certainly like to believe in a future that doesn’t require underground tunnels. But as Feddersen pointed out, merely hoping to avoid apocalyptic scenarios isn’t enough. “We need to start pointing somewhere positive, where we want to be,” she said. Can art can help us paint that picture? “There is a lot of room, creatively, for imagining a better future.”