Is Seattle freeing itself from the automobile age? 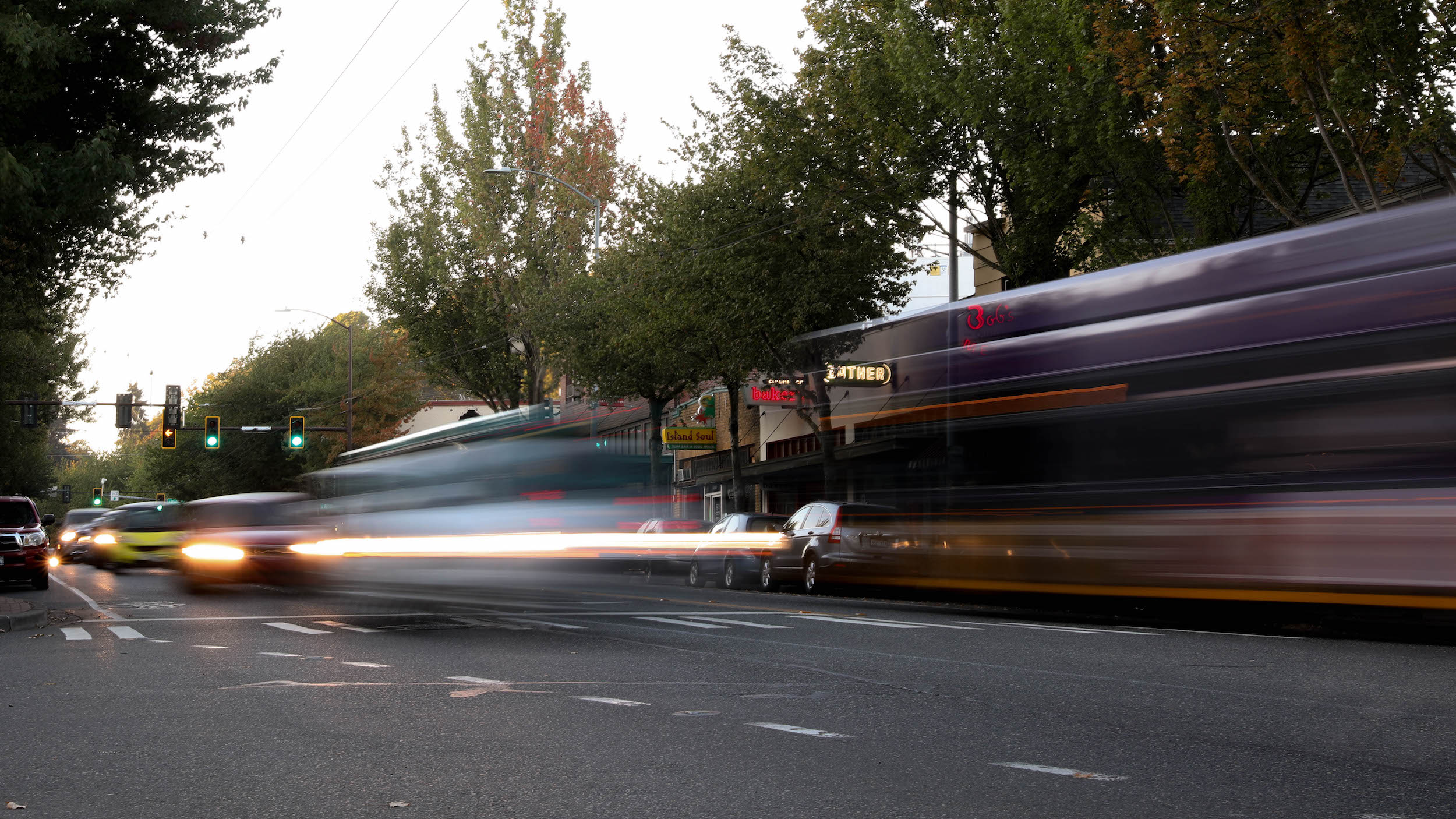 Cars drive along Rainier Avenue South in Seattle's Columbia City neighborhood on Sept. 28, 2017. Will the automobile be less dominant in Seattle someday soon?

An automobile first visited Seattle 120 years ago — a novelty that likely came with a visiting circus. We know what happened after that: The novelty became the backbone of our transportation system and, eventually, a gridlock nightmare.

Just as the horse did in the 19th century, the “horseless carriage” of the 20th century became the workhorse for building the city. But now we seem to be reaching what you might call “peak car.” Data indicates that automobile use in Seattle might be in decline. Census figures indicate that Seattle is one of only 15 of the nation’s 50 largest cities where households without a car are on the rise, reversing a decades-old trend. While we have more cars than ever, due to population growth, millennial apartment dwellers in particular are learning to live without them.

A Seattle Times poll conducted by Elway Research earlier this year indicated that the public in Seattle and King County is more interested in improvements in noncar transportation enhancements than in autocentric ones. Two-thirds of Seattleites are in that camp, as are a majority of county residents. Seattle is also working on rezoning to boost transit-oriented development. In short, a city once remade for the automobile is envisioning a different 21st century future.

The auto arrived in Seattle amid the city’s first boom, in the late 19th century. With the arrival of transcontinental rail lines, traveling circuses, like Barnum & Bailey and Ringling Bros., began to visit Seattle in the late 1890s. In the summer of 1899, Walter L. Main’s three-ring circus arrived in the city from its home base in Ohio as part of a grand tour of the country.

Ads in Seattle’s papers promised a “Mammoth Menagerie … Roman Hippodrome … 63 Horses … Kerslake’s Troop of Trained Pigs …” and more. While there is no mention of an automobile in these ads, advertisements and accounts of the circus’ visits to other cities — before and after its Seattle appearance — reveal that a “horseless carriage” appeared in the circus parade. In Salem, Oregon, the week after the circus’ Seattle visit, the horseless carriage was described as the parade’s “star attraction.” Main’s circus offered what was likely the first sight of an automobile for many people in the Pacific Northwest.

The first car owned by a Seattleite was brought to town in July 1900 by a “well known young Seattle business man” named Ralph Hopkins, who purchased a Woods electric vehicle in Chicago, reported the Seattle Post-Intelligencer. The article said the horseless carriage could travel as far as 30 miles on a single battery charge, and could be plugged in by a normal electric wire. The more practical question was whether autos would ever be able to climb the city’s hills, especially on muddy, rain-soaked streets.

After riding in a steam-powered car in 1901, a reporter from The Seattle Star wrote that “the auto has shown that it can go up almost any hill a horse can” and predicted that “it will be but a short time before horseless delivery wagons will be seen on the streets.” That same year, horseless carriages for business use were being touted alongside articles and advertisements for outfitting the Klondike goldfields.

The Star went on to predict that auto boulevards would be built along Lake Washington, that an interurban road might extend to Tacoma and that in the “progressive spirit so characteristic of Seattle people, the latest triumphs of the inventive genius will come into general use here.”

That proved true, and while the auto solved many problems for the frontier city, it has created many new ones for the modern city. The demolition of the Alaskan Way Viaduct this year and predictions by the city of a five-year “period of maximum constraint” — together with worries about carbon fuels and climate change — have accelerated the search for a way forward with fewer cars. Those cars will be around for a long time to come — it took decades, for example, for autos to replace urban horses — but we’re going through a time of technological experimentation not unlike the late 19th and early 20th centuries, when horses and mules, bikes and early autos combined with trains to change the urban transportation mix.

Tolling and congestion pricing (the idea of charging drivers who come downtown), the elimination of much street parking and dropping the parking requirements for new apartment developments: All of these policies are aimed at reducing auto use, along with increased densities and investments in bus transit, bike infrastructure, light rail, streetcars and improving conditions for pedestrians.

There’s also movement afoot at the individual level. In South Lake Union, you see folks zipping along on monowheels, hoverboards and electric bikes and scooters. These electronic gadgets seem less intrusive and more versatile than, say, a Segway, and some can be carried by hand or in a backpack.

Other innovations are in the works. Boeing is testing a pilot-less “autonomous” air taxi — a kind of flying Uber. Is the era of the flying car, as envisioned on The Jetsons, finally at hand? In Snohomish County, Amazon is testing a small delivery bot, named Scout, that can bring Amazon Prime customers their order. It looks like a robotic cooler on six wheels. It could someday be more efficient than fleets of street-clogging delivery cars and trucks.

The quest for car-free city living is speeding up, not slowing down. Seattle was reshaped and improved by a technology that arrived as a circus toy. Don’t be too quick to dismiss the driverless novelties that might be flying overhead or rolling along the sidewalk to deliver goodies in your neighborhood.

This article, in slightly different form, originally appeared in the May edition of Seattle Magazine.