Tolls to drive in downtown Seattle? New study examines the good and the bad

In other cities, congestion pricing has improved traffic and increased transit revenue. But equity concerns remain. 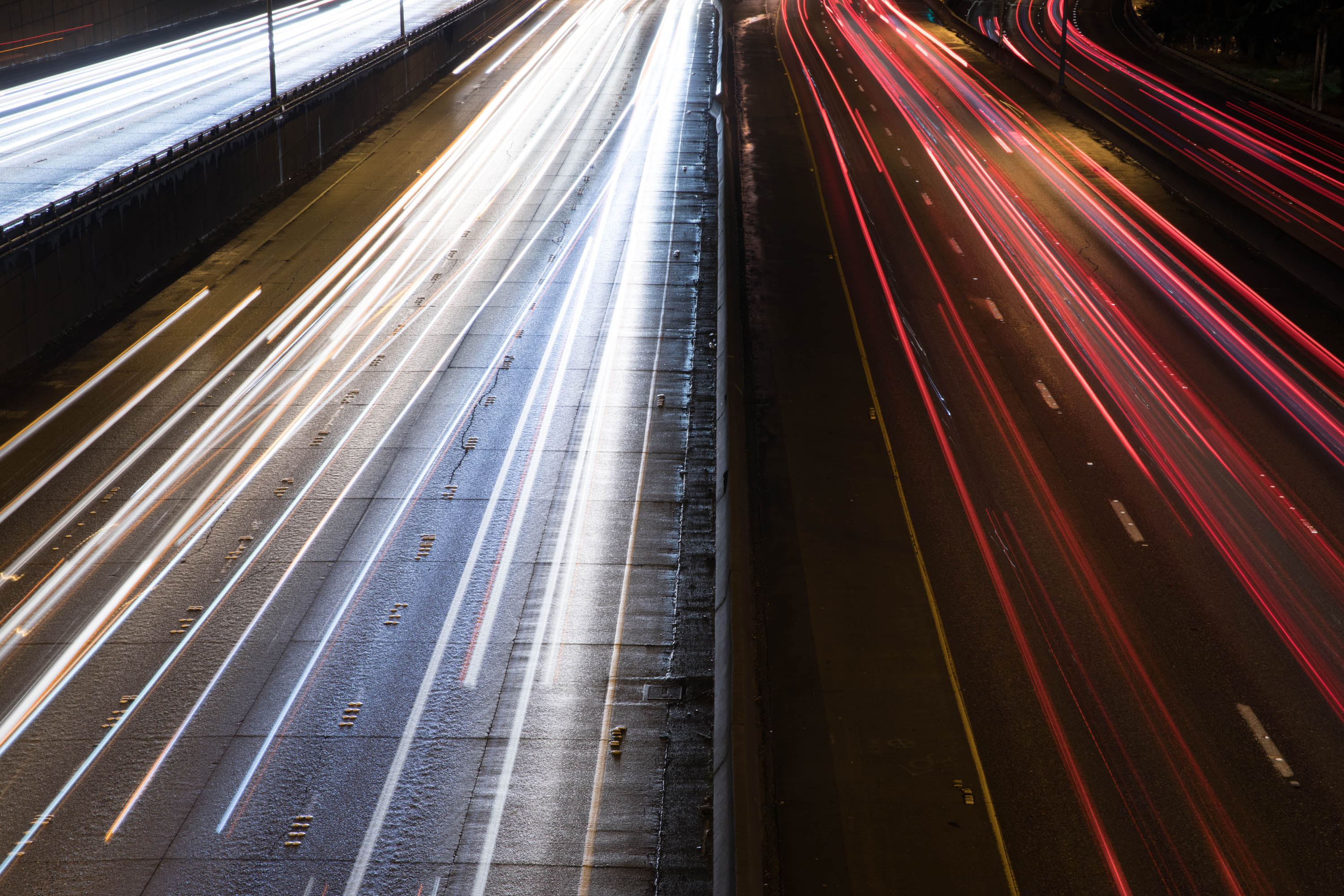 The blur of cars tail and headlights seen on Interstate 5 in Seattle. (Photo by Matt M. McKnight/Crosscut)

Anyone who’s driven through downtown Seattle at rush hour — or just before rush hour, or just after, or after a minor midday mishap leaves streets and highways gridlocked — knows that Seattle traffic is terrible.

The stats don’t lie: Since 2010, about 105,000 new residents have moved to Seattle, contributing to the clog. The Inrix Traffic Scorecard ranks the city sixth worst in the country for congestion and reports that Seattleites spend 55 hours a year stuck in traffic, contributing to an estimated $5 billion annual loss in productivity. Passenger vehicles generate about half of Seattle’s total emissions — a big problem for a city hoping to be carbon neutral by 2050.

Mayor Jenny Durkan thinks she might have a solution to get people to stop driving, while also raising money for alternative transportation. Already in use in a handful of cities around the world, congestion pricing charges a toll for drivers who use roads in gridlocked areas, like a city center.

In October, the city commissioned consultants Nelson Nygaard to study how other cities implement congestion pricing and to make recommendations on how Seattle could do the same without exacerbating socioeconomic inequities.

On Thursday, the Seattle Department of Transportation released the first report from Nelson Nygaard’s survey of the dozen cities around the world that either have congestion pricing programs or have seriously studied its implementation.

“As we build a city of the future, Mayor Durkan believes we must reduce our reliance on cars and develop plans to manage congestion,” wrote a Mayor’s Office spokesperson in an email. “Our goal is to make our downtown core a healthier place for all with fewer cars, a more equitable transportation system, and less climate pollution.”

The consultants look at 11 types of congestion pricing. The two most common are cordon pricing, which charges drivers for entering a certain part of the city, and area pricing, which charges for entering the toll zone as well time spent  driving within it. Fleet/vehicle class pricing charges certain types of vehicles — such as ride-hailing services or commercial vehicles — to enter the toll zone. The report also includes and considers tolled express lanes and demand-based parking pricing as versions of congestion pricing.

London, Stockholm, Gothenburg, Milan and Singapore are the only cities in the world with active congestion pricing programs. The impact has been significant in all of them: The cities saw 12% to 44% reductions in motor vehicle trips, which led to between 10% and 33% reductions in delays. Less driving led to a 2.5% decrease in CO2 emissions in the Swedish city of Gothenburg on the low end, and up to a 22% reduction in emissions for Milan. The tolls brought in $20 million a year for Milan, $100 million for Singapore and $230 million for London.

Recognizing that the idea could be a tough sell to Seattleites, the report discusses Stockholm, where residents weren’t particularly thrilled with congestion pricing at first. The public and the media heavily criticized a congestion pricing pilot program at first. But by the pilot’s end, a referendum to make it permanent passed with 53% of the vote. By 2013, more than 70% of residents said they supported it.

Equity is a central consideration of the report. Its authors write, “Without a clear focus on social and racial equity, pricing can burden low-income people with new costs, just when skyrocketing housing costs are forcing many to move to the suburbs, where driving may be the only option for most trips.”

The report looks at equity from two angles: planning and outcomes. The argument is that in order to create a program that does not harm low-income and other vulnerable communities, it’s important to engage those communities from the beginning of the planning process.

The authors suggest several tools Seattle could use to limit negative impact on low-income residents. They include discounts and exemptions for low-income drivers; reinvestment of revenues into alternatives such as bus infrastructure, bike lanes, sidewalks and other driving alternatives; carpooling programs; and more. The report estimates that reduced congestion and delays could result in as many as 55 extra hours of bus service each day for Seattle — equivalent to operating about one extra bus route.

This is just the first phase of congestion pricing studies Nelson Nygaard plans to do for the city. The authors recommend more in-depth study of four versions of congestion pricing that Seattle might consider: cordon pricing, area pricing, fleet pricing and a road user charge, which levies a per-mile charge on drivers, depending on time of day or location.

Durkan has said she hopes to have congestion pricing in place in Seattle before the end of her first term, in 2021. The report said Seattle has the authority to implement a congestion pricing program, but voters would have to approve it through a ballot measure.

Serebrin thinks it will be critical to do so.

“Streets aren’t free,” she said. “There are a lot of costs to driving that are not currently borne by drivers: stormwater, air pollution — all of the threats to human health and safety. Done the proper way, congestion pricing really helps us capture the harm and cost that driving has on our society.”