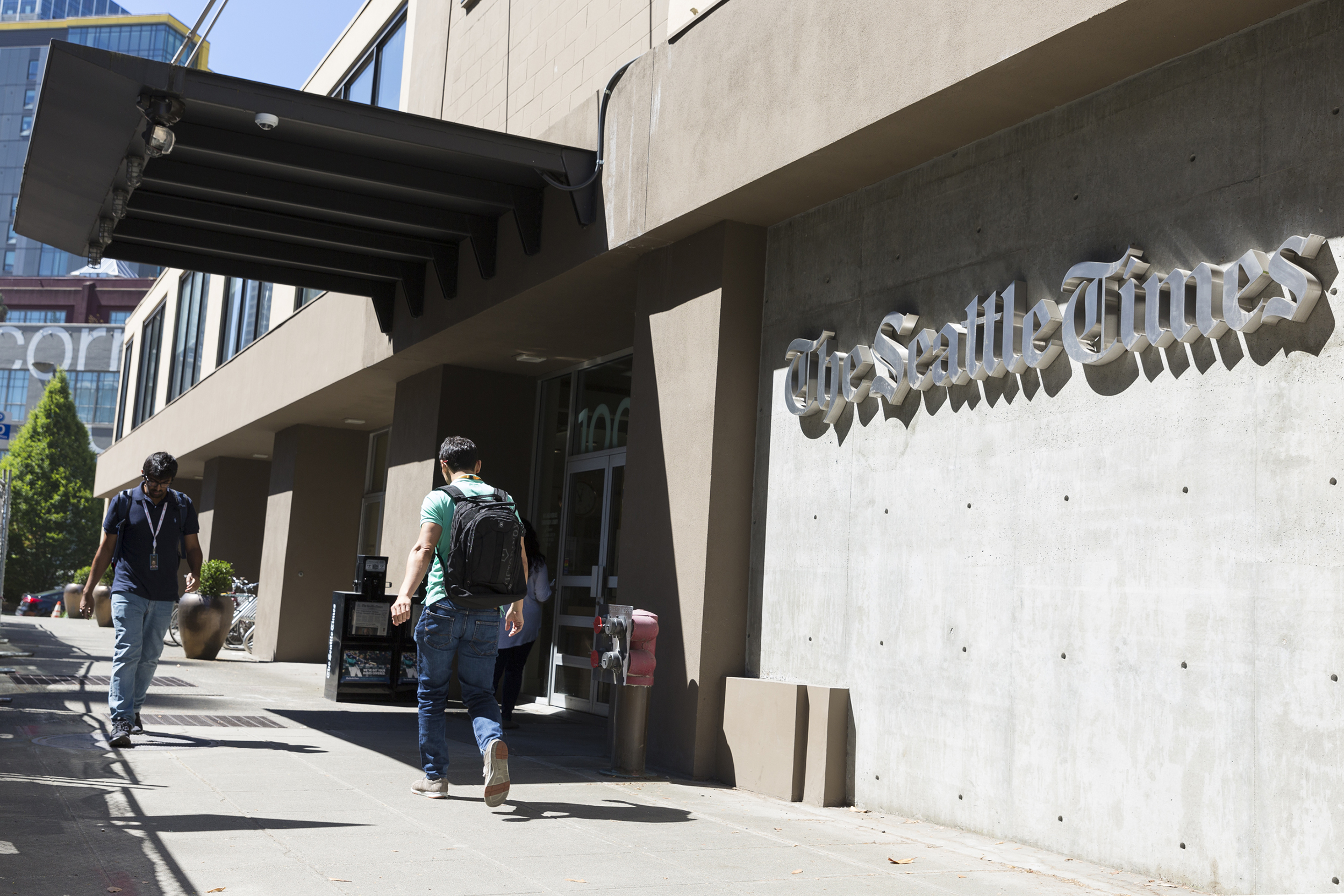 The entrance to the offices of the Seattle Times on June 11, 2019. (Photo by Paul Christian Gordon for Crosscut)

Mike Rosenberg, who had worked at the Seattle Times as a real estate reporter since 2016, resigned from his position on Friday, June 7, a little more than a month after being accused of sending sexually harassing messages on Twitter.

Kati Erwert, vice president of marketing and public service at the newspaper company, confirmed that Rosenberg had resigned, noting that The Seattle Times had initiated and completed an investigation on him.

“We are not disclosing details of those findings as it is a personnel matter handled directly by our human resources group,” Erwert said.

Asked whether the newspaper had asked him to resign, Erwert would only say, “I’d encourage you to connect with him directly for clarity on his motivations.” Journalist Erica C. Barnett first reported the news of Rosenberg’s resignation after learning of an email sent to Seattle Times staff on Monday.

Before resigning, Rosenberg had been on suspension for about 25 working days. According to Brad Sherman of the Pacific Northwest Newspaper Guild, which represents Seattle Times staffers, union rules would have allowed Rosenberg to be on unpaid suspension for three days before receiving paid administrative leave.

Crosscut was unable to immediately reach Rosenberg for comment. In May, when the Twitter messages were made public, Rosenberg told Crosscut that he had in fact sent them to a Brooklyn-based journalist, Talia Jane, but that they “weren’t supposed to go to her.”

When asked who the messages were intended for, Rosenberg said, “I would rather not say.” He then said he was at the hospital and promptly hung up the phone.

In reaction to the news of Rosenberg’s resignation, Jane said in a statement: “Every freelancer, new voice and marginalized body has experienced instances where power imbalances are abused. … Calling out inappropriate behavior shouldn’t be shocking. It should be standard.

“As the dust settles, I hope what is remembered of this situation is the importance of identifying inappropriate behavior and not laughing it off or pretending you didn’t see it, but rejecting it point blank. I hope Mike’s decision to resign leads him toward a happier, healthier future, however that may manifest,” Jane said.

Last month, Jane posted screen grabs of a private conversation between her and Rosenberg on Twitter. Rosenberg encouraged her to apply for reporting jobs before writing, “anyway, you’re so beautiful,” and then, abruptly, more than half an hour later, at 3:55 a.m., sending a sexually explicit message.

When Jane shared the messages with her more than 20,000 Twitter followers, she identified Rosenberg as the sender, and wrote that “being a woman is totally normal and very cool,” then, “do men realize they don’t *have* to hit send,” and “feeling supes chill that an established, married journalist is so comfortable using my lack of a job to get me to chat.”

Rosenberg consequently deleted his Twitter profile. At one point, he also offered to donate $1,000 to NOW, the National Organization for Women, Jane said.

Rosenberg is a well-known journalist in the region who, before deleting his profile, had tens of thousands of Twitter followers. He covered real estate and growth in the city, reporting on the sharp rise in the cost of living in Seattle, focusing specifically on housing. Before being hired at The Times, Rosenberg was a reporter in the Bay Area, working at the San Jose Mercury News.

He was also a board member of the Society of Professional Journalists for Western Washington. On Tuesday, the organization voted to oust Rosenberg.

“After careful consideration and failed attempts at obtaining a response from Mr. Rosenberg, a vote has been cast to effectively remove him from the Society of Professional Journalists - Western Washington Chapter (SPJ Wash) board," said the organization's president, Sarah Toce, in an email.

“Rosenberg's term was up in June, and he was not seeking reelection,” Toce said.

Rosenberg’s resignation comes at a time of heightened awareness of online sexual and workplace harassment, thanks in part to the #MeToo movement, which has galvanized women of various communities and backgrounds to speak up about sexual assault.

When asked about any changes at The Seattle Times that might come as a result of Rosenberg’s resignation, Erwert said: “We are, as we have always been, committed to fostering a respectful workplace.”

“The behavior of one individual among our more than 600 employees is not reflective of our culture. We have continued to invest in training and elevate awareness of our employee assistance program for counseling consultations as needed,” Erwert said. “We will continue to be responsive to employee needs around this issue.” 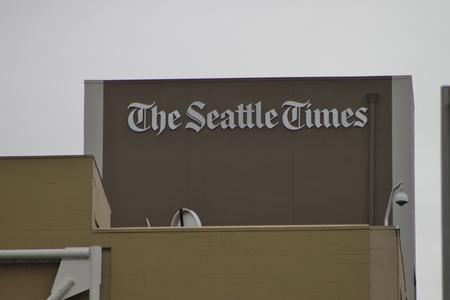