I've outgrown the hydros and Blue Angels — and so has Seattle

Once quaint, Seafair has become noisy, wasteful and inequitable. In this era of change, it's time for it to fly away. 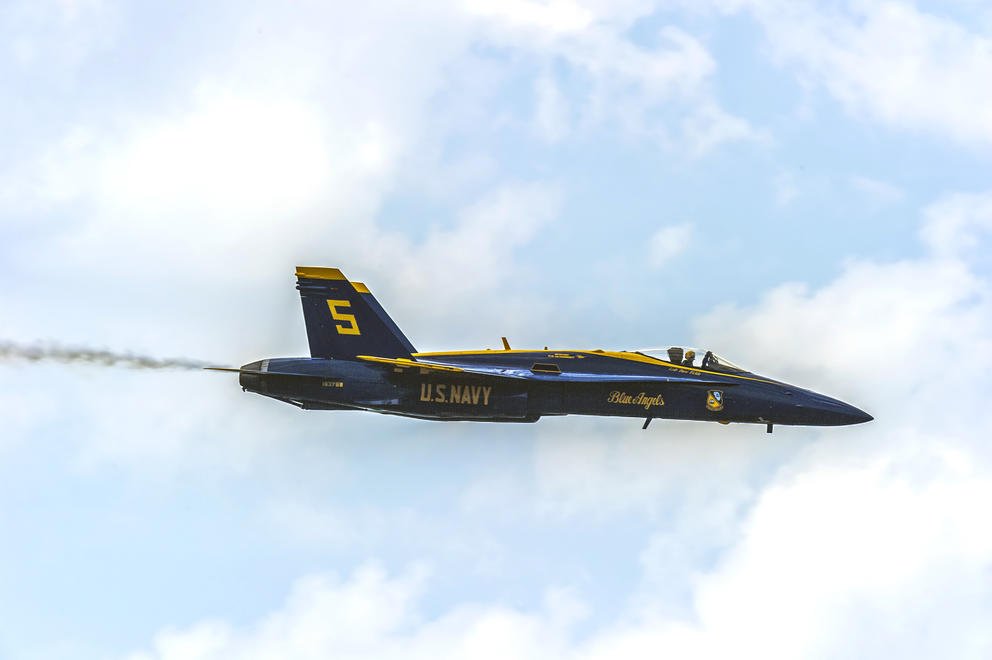 If you grew up in Seattle and are of a certain generation, you are thoroughly familiar with hydro mania, the collective psychotic break that we suffer during the official start of summer here, also known as the first weekend in August. You likely dragged wooden model hydroplanes behind your bicycle. You probably begged your father to take you to Pay ’n Pak or Valu-Mart or whatever other bygone retailer was sponsoring a race boat and handing out pins.

Back in the day, the only professional sports we had in backwater Seattle were University of Washington football and the hydros, or unlimited-hydroplane racing. And those races we had for a week, two if you count the ones that ran the weekend before on the Columbia River in the Tri-Cities. It was a big enough deal that three of the four channels we had on our TVs back then provided all-day or nearly all-day race coverage.

But the constant I’ve come to bank on during a lifetime in this city is change, which during the past decade has escalated to dizzying proportions. And this raises the question: After losing so much of our previous selves, like skin off a sunburn, why is there any sentimentality left in Seattle? We’ve suffered hurtful losses like the Central District, the Sonics and posses on Broadway, but we’re clinging to a relic like the hydros/airshow/sanctioned public bacchanalia known as Seafair Weekend. That makes no sense.

The three-ring circus along Lake Washington is starting to feel like that moth-eaten blanket your mother gave you as a housewarming present (back when there still were houses to warm). In this era of gentrification, stepping-back Mariners and Marie Kondo, it feels like time to let go.

The best argument I have going is that most of the people who live in Seattle today have no identification with what I’ve written so far. (Clue: the hydros were here before Teslas, bicycle lanes and “Hate has no home here” yard signs.) Let’s keep marijuana legal, but get rid of the killer B’s: boat racing and the Blue Angels.

My next best assertion is this: In the land of nonplastic straws and the climate-change presidential candidate, how in the name of the Duwamish, whose lands we occupy, do we justify a celebration of carbon-spewing jets thundering over our neighborhoods, kerosene-guzzling boats roaring along our shorelines and habitat-trampling humans streaming in to watch it all?

The “party” occurs in South Seattle, into which communities of color have been pushed or even originally segregated by redlining and other tools of institutional racism. The lack of value placed on our community (until it becomes gentrifiable) is reinforced by the way the rest of the city comes and trashes it every year.

I’ve lived near the race site and path of the airshows my entire life. While my daughters grew up, we watched a space that was a city dump when I lived across the street as a kid transform into Genessee Meadow. It’s hard to watch the cooler-toting masses march through that meadow every year, squashing fledgling native plants and wildlife habitat. The worst part is waking up the morning after to find your neighborhood appear as a battle zone, strewn with litter, discarded clothing and obvious lack of respect.

Seafair’s monthlong festival is a Seattle staple. Its numerous community events provide a window into the city’s vibrant cultures. It just has become difficult to tolerate the way the month ends, with a bang, the blast zone encompassing South Seattle and our environment.

The combination of noise, air and water pollution renders the race and airshow site into a microcosm of South Park and Beacon Hill, the city’s most polluted neighborhoods, both in South Seattle and both majority nonwhite. South Park sits amid a superfund site.

Consider the Yeti-like carbon footprint of the airshow, for which the Blue Angels are the star attraction. Each Blue Angel flight produced 31,044 pounds of carbon in 2007, according to a San Francisco woman’s citation of Navy and Blue Angel figures that have since been removed. That’s equivalent to the typical greenhouse emissions from three passenger vehicles driven for a year, according to an Environmental Protection Agency conversion. Moreover, these guys are Navy so apparently are not issued canteens or equivalent reusable water carriers. According to support manuals issued to airshow operators, those devilish Angels require 12 cases of bottled water per day.

Every Blue Angel run does more than burn toxic fuel. It rattles nerves, dishes and pets in a way that’s especially disturbing for some people. South Seattle has a significant refugee population and having jet fighters — F/A-18 Hornets — screaming overhead can be triggering.

How much of Seafair’s $4.5 million budget, plus in-kind contributions, is dedicated to its grand finale is not available, according to the nonprofit’s spokesperson. But it must be substantial, considering the cost of the entertainment, not to mention logistics and services purchased from the city. A guesstimate by PI.com pegged the cost of the Blue Angels alone to exceed $1.25 million.

An equitable gesture would be plowing some money back into South Seattle, for all the pain and suffering. The right move would be shelving the race and airshow for good. Replace it, maybe, with activities arrayed around the city during the weekend, with easy, connecting transportation, so we can enjoy and respect each other’s neighborhoods and cultures. That would be a Seafair Weekend I could get into.

I’m not a hydro hater. Covering the unlimited-hydroplane races at The Seattle Times was my first newspaper beat. A couple of friends I made back then — Bill Muncey and Dean Chenoweth, who both perished in their boats — probably are rolling in their graves after what I just wrote. But times and values have changed. The city has changed. It’s time for the once-quaint, now noisy, wasteful and inequitable weekend pool party to change as well.