Calling it a 'trap,' Washington sues to stop ICE from arresting people at courthouses

Since 2017, ICE and Border Patrol have arrested hundreds of immigrants in approximately 20 counties across Washington state. 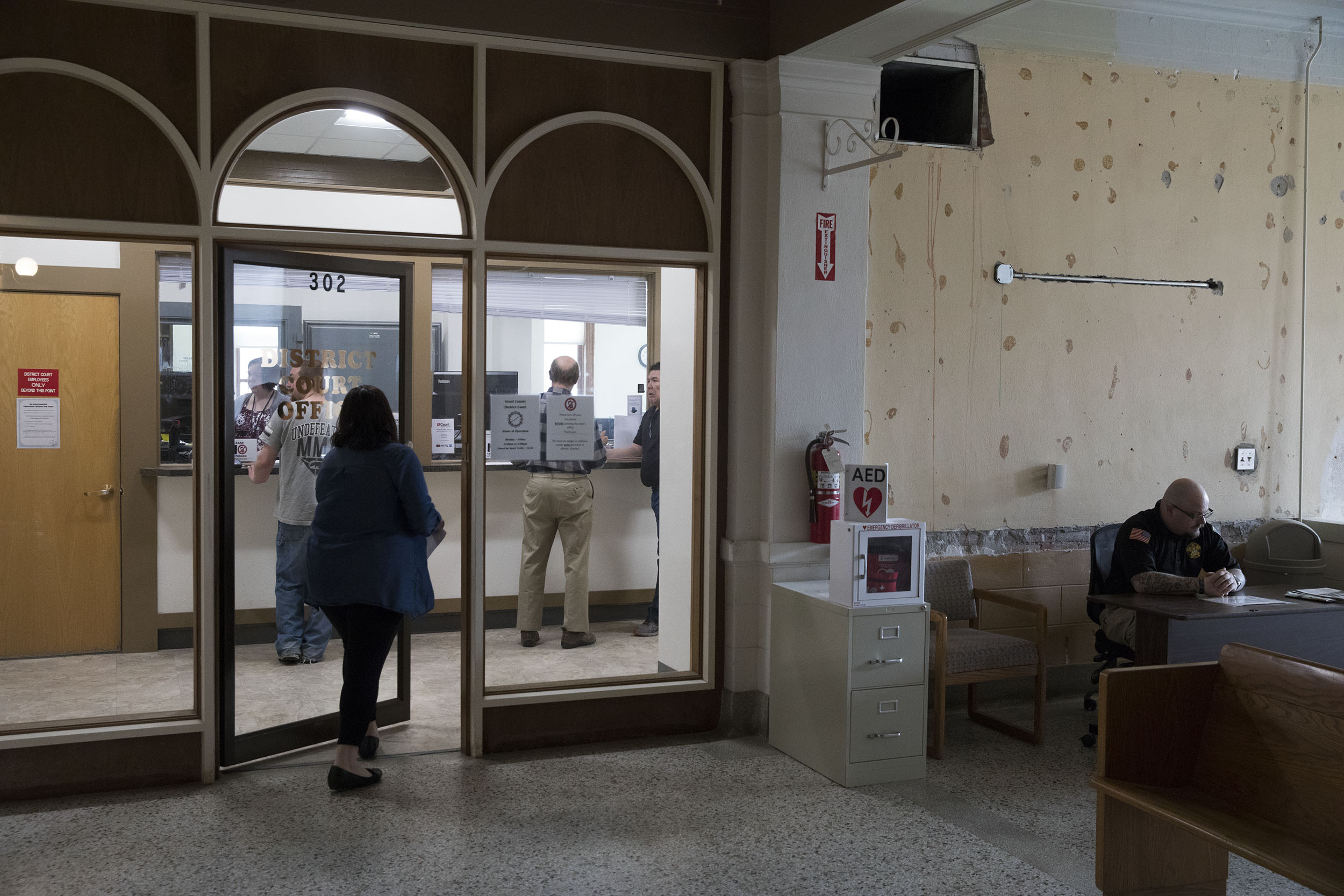 They could show up to court for any number of reasons: to pay a traffic ticket, serve as a witness or seek a protection order.

Increasingly, however, immigrants have been reluctant to visit local courthouses because they fear the presence of federal immigration officials and, consequently, a possible arrest.

Now, Washington state Attorney General Bob Ferguson, in what is the 53rd lawsuit against the Trump administration, is seeking to bar federal immigration officials from making arrests at courthouses. Ferguson's office wants immigrants to feel safe enough to access the justice system.

Although U.S. Immigration and Customs Enforcement (ICE) has argued courthouse arrests are necessary to apprehend hardened criminals, “the evidence that my team has gathered from many counties across the state of Washington paints a very different picture,” Ferguson said in a news conference announcing the lawsuit.

The lawsuit, filed on Tuesday in U.S. District Court for the Western District of Washington against ICE and U.S. Customs & Border Protection, as well as the Department of Homeland Security, claims approximately 20 counties in Washington state have been affected by the arrests, creating “a noticeable chilling effect on courthouse attendance.” The counties include, among others, Adams, Franklin, Grant, King, Kitsap, Okanogan, Pacific, Pierce, Snohomish, Spokane, Thurston, Walla Walla, Whatcom and Yakima.

“I take seriously our obligation to create a courthouse environment that is welcoming to all,” said King County Prosecutor Dan Satterberg, who joined Ferguson at the press conference.

“Many of the people who come to the court don’t want to be there. They’ve been summoned by the court,” Satterberg said, explaining that some visit courthouses simply to serve on a jury or because they are survivors of domestic violence and are seeking a protection order.

“ICE doesn’t care. They do not care that they’re doing this to our local justice system,” Satterberg said. “They think their work is more important than ours. I’m deeply offended by that.”

In examples of how the policy has impacted individuals, the lawsuit cites an undocumented immigrant who reported that federal officials in plain clothes “pulled him so hard that they tore his pants” and “taunted him as they told him they were going to make America great.”

The lawsuit also alleges that some immigrants have become so fearful after spotting what they suspected were immigrant officials at courthouses that they “have locked themselves in courthouse bathrooms for hours.”

In another incident, a single mother who last year went to an Adams County courthouse regarding a car accident never came home to her children, who ranged from 10 months to 10 years old. The children did not know what had happened to their mother until a federal immigration official called them two weeks later.

In a statement about the lawsuit, Tanya Roman, a spokesperson for ICE in the Pacific Northwest, said the federal agency “does not comment on pending litigation.”

“That being said,” she added, “officers have been provided broad at-large arrest authority by Congress and may lawfully arrest removable aliens in courthouses, which is often necessitated by local policies that prevent law enforcement from cooperating with ICE efforts to arrange for a safe and orderly transfer of custody in the setting of a state or county prison or jail and put political rhetoric before public safety.”

Roman also explained that unlike, say, churches and schools, “courthouses are not considered sensitive locations.” But, Roman added, “every effort is made [at courthouses] to take the person into custody in a secure area, out of public view.”

A spokesperson for Border Patrol would only say the agency “does not comment on pending litigation. However, lack of comment should not be construed as agreement or stipulation with any of the allegations.”

Since 2017, when courthouse arrests increased under the Trump administration, Washington state officials have made numerous attempts to put a stop to the apprehensions.

That same year, Mary Fairhurst, state Supreme Court chief justice, wrote to the Department of Homeland Security, noting that there had been reports of courthouse arrests in a number of Washington counties.

"These developments are deeply troubling because they impede the fundamental mission of our courts, which is to ensure due process and access to justice for everyone, regardless of their immigration status,” she wrote.

The Washington State Bar Association followed suit, becoming the first statewide bar association in the country, according to the American Civil Liberties Union, to formally oppose the increased presence of ICE agents at courthouses.

Currently, the state Supreme Court is considering two new rules that could curtail courthouse arrests. One would prohibit arrests at courthouses without a warrant, while the other would prevent lawyers in the state from sharing someone’s personal information for the purposes of immigration enforcement.

Earlier this year, a report by the University of Washington Center for Human Rights revealed that county prosecutors in the state have been facilitating the arrests of undocumented immigrants at courthouses by sharing schedules with federal immigration officials.

“Regardless of how one views our immigration laws, we should all agree that public safety should be of paramount concern,” Barr and Wolf wrote in the November letter. “Court rules that would purport to further restrict the lawful operations of federal law enforcement officials only serve to exacerbate sanctuary laws and policies that continue to place our communities at unacceptable risk.”

At the news conference, Satterberg referred to Barr as “arrogant and condescending.”

Ferguson also noted in the lawsuit that he met with ICE and Border Patrol lawyers last month, asking that the agencies halt courthouse arrests, but that they declined to do so.

The lawsuit argues that the Department of Homeland Security has “exceeded its authority” and that the agency’s policy on courthouse arrests  is “arbitrary and capricious.”

“It is vague and insufficiently explained, including by failing accurately to describe who is subject to the policy and how it can coexist with congressional requirements that certain non-citizens must attend state court proceedings to be eligible for certain forms of immigration relief,” the lawsuit states.

The lawsuit also claims the “policy violates the 10th Amendment, which preserves Washington’s core sovereign autonomy to control the operation of its judiciary and prosecute criminal violations without federal interference,” and that it violates individuals’ constitutional right to access courts.

The practice also exacerbates the waste of state resources, the lawsuit argues, because judges are forced to issue bench warrants for immigrants who, out of fear, fail to appear, which “only creates more criminal cases for judges, prosecutors, and defenders to handle, and sends more people to jail if they are released from immigration detention and then arrested on the bench warrant.”

Ferguson’s lawsuit isn’t the first to attempt to tackle the issue of courthouse arrests. Earlier this year, in what is believed to be the first judicial decision of its kind in the country, a federal judge in Massachusetts temporarily halted courthouse arrests in the state after public defenders and two district attorneys sued ICE.