The Seattle writer gave Asian American journalists like me permission to aspire. 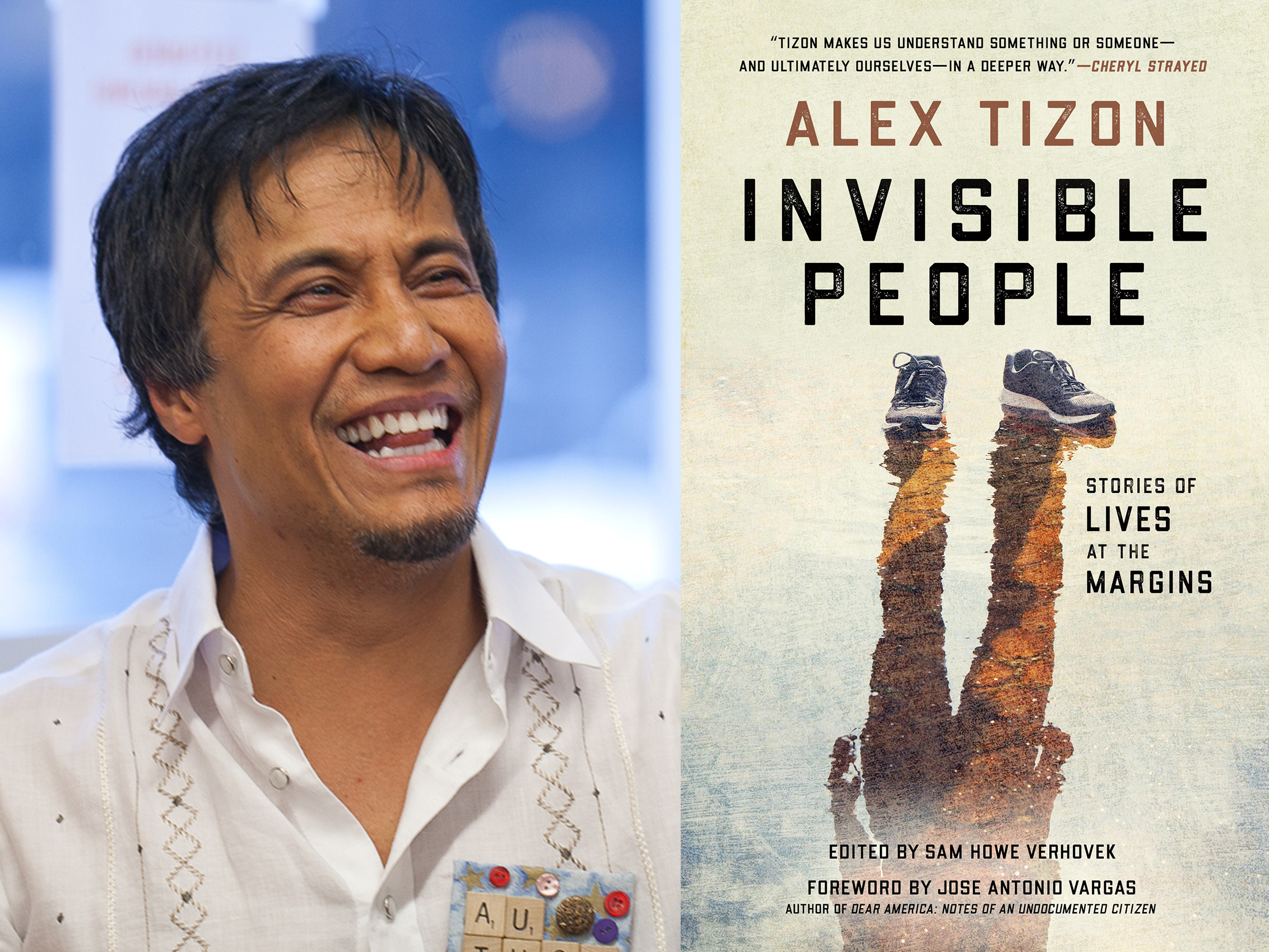 You never know if you’ll ever touch or even sniff greatness during a lifetime. Most of us never have and never will. In this I consider myself fortunate. I have wheeled around Oakland with Gary Payton, spent a week in Chicago with Michael Jordan and stayed with Ted Turner at his ranch in Montana. And those are just the headliners of a long career in journalism, much of it spent chronicling the lives and careers of overachievers with abundant celebrity.

All of them were already great, or well on their way. An even rarer experience is sitting with greatness as it unfolds, then walking with it as part of your everyday life.

How often, after all, does a sibling, a child, a friend become historic?

Through his actions — and utter brilliance — the late, great Alex Tizon gave a lot of Asian American journalists, including me, permission to aspire. There is a lot of Asian-ness in lying in wait — until someone is audacious enough to seize the grand stage, thereby signaling to the rest of us that it’s OK to practice a craft without limitation. Most of us don’t get there as Tizon did. But aspiring is living. He unleashed that because he was the best of us.

That certainly is on display in a collection of his most riveting works, Invisible People: Stories of Lives at the Margins, published by Temple University Press. I can only write about what I remember and felt about Tizon and these stories, most of which are familiar because I read them as they were published.

Tizon’s widow, Melissa, his daughters Dylan and Maya, and many of his former colleagues, including Sam Howe Verhovek, who edited Invisible People, will be at a special reading at Elliott Bay Book Company on Thursday at 7 p.m.

Back when we both worked for The Seattle Times, I was an NBA writer and mostly on the road. It’s difficult to keep up with your own publication on such a schedule. There was no internet at the time, so I missed almost all the stories published during my absence. I’d always look up Tizon’s in the Times archives when I got home.

Once in a while, we’d both be at The Times’ offices, where our presence otherwise was little more than rumor. We shared a wont for remaining undistracted during the writing process, which neither of us particularly loved. We considered the office needlessly distracting. The inevitable meetings and water-cooler socializing were time better spent working. We also shared a childhood obsession with keeping files and attempting to unflatten our Asian noses, and an adult insecurity about how our country and our profession regarded us. We were of similar age and both born in Asian island countries — he in the Philippines, I in Japan. I love that he once deconstructed the notion of Orientalism, a degrading term we Asian Americans detest, writing that “yellow was the perfect color for Orientals … the color of infirmity and cowardice.”

One year, 1989, remains particularly memorable. I was covering a Seattle SuperSonics team that was interesting but, at 41-41, the model of mediocrity in the NBA. Tizon had the Filipino affinity for boxing, followed sports and tried steering our occasional lunches toward a discussion of basketball. I preferred to talk about his reporting on far more intriguing subject matters — youth gangs and street subcultures. I wish this book had some of that work; it earned him a nomination in 1990 for a Pulitzer Prize. He would share that top honor seven years later for a series of investigative stories about corruption in a housing program for Native Americans.

I have to admit, Invisible People was a difficult read for me. I teared up through much of it. His stories moved me to confront both his physical absence, as well as his outsized intellect and how it reflected on the rest of us. The boy could flat-out write. And writing isn’t just the excruciating process that begins and ends with words on a page; it is the discovery, examination and interpretation that produce the precise and poignant. These were Tizon’s superpowers.

Here is his walk-off in a story about Zarif Khan, head of the only Muslim family in 98% white Sheridan, Wyoming, whom Tizon interviewed 10 days after 9/11: “As I left him, he was waving and scratching his belly. President Bush made the dead-or-alive comment and was winding up the machine for battle. War was creeping close and I feared that harder times lay ahead for the Khans of our country.”

My intention here is not a case of game recognizing game, mind you. I wrote about extraordinary people, which mostly required keeping out of the way. As a matter of course, Tizon mined extraordinary stories from ordinary people. He wrote of “this desire to be known” about a Hmong woman named Bila Xiong, but which could have applied to many of his subjects. His prose breathed life into the salty, pugnacious Billy Frank Jr., a Nisqually leader whose advocacy helped lead to the 1974 Boldt decision, which reaffirmed tribal co-management of the region’s salmon resources. His piece about Susana Blackwell, a slain mail-order bride from the Philippines, is unforgettable and therefore so is she.

Shortly after Tizon’s death, his piece “My Family’s Slave” was the cover story for The Atlantic magazine, a triumph of which he missed being apprised by mere hours. It was a mesmerizing tale of Eudocia Tomas Pulido, to whom he referred as “Lola,” or “grandmother,” but who actually was his family’s unpaid caretaker — “the slave” in the headline. The story was the most widely read on the internet during all of 2017 and posthumously earned him a National Magazine Award, the highest honor in the industry. It ignited a ferocious debate.

The Gotcha Gang attacked Tizon on social media for previously concealing his being a “slave owner.” Lola had been “given” to his parents, Tizon wrote, and he was in no position to challenge such a power dynamic when he learned the truth at

age 11. Eventually, after his parents died, he started paying Pulido. Inexplicably joining the refrain against Tizon was our own media family, The Seattle Times, which claimed Tizon misled them about Pulido when providing details for an obituary he had pitched after she died in 2011.

The Times’ story was to me both reprehensible and self-serving. Questioning a man’s motives when he no longer was alive to respond or explain seemed an inexcusable betrayal. I was enraged, too, at the racial insensitivity of the act. A white-led media outlet dispatched a white reporter to assess what neither could possibly comprehend: That being a person of color in America often requires a lifetime to process multitudinous versions of truth imposed on us.

These days, I’m more focused on holding on to Tizon and what he meant to me and our profession. Almost exactly a year after his passing, I had a speaking engagement at the University of Oregon, in Eugene, where he died, a much esteemed and beloved educator. During a break in the conference, I wandered over to the student-union building, hoping to somehow feel Tizon’s presence. It was supposed to be a dreary day, but the sun beamed brightly.

I messaged Melissa Tizon about what I was experiencing.

“He must have made the sun come out for you,” she responded.

I wrote back: “I’m not a big believer in coincidences.”

Alex Tizon and I had worked at The Seattle Times for the exact same number of years.