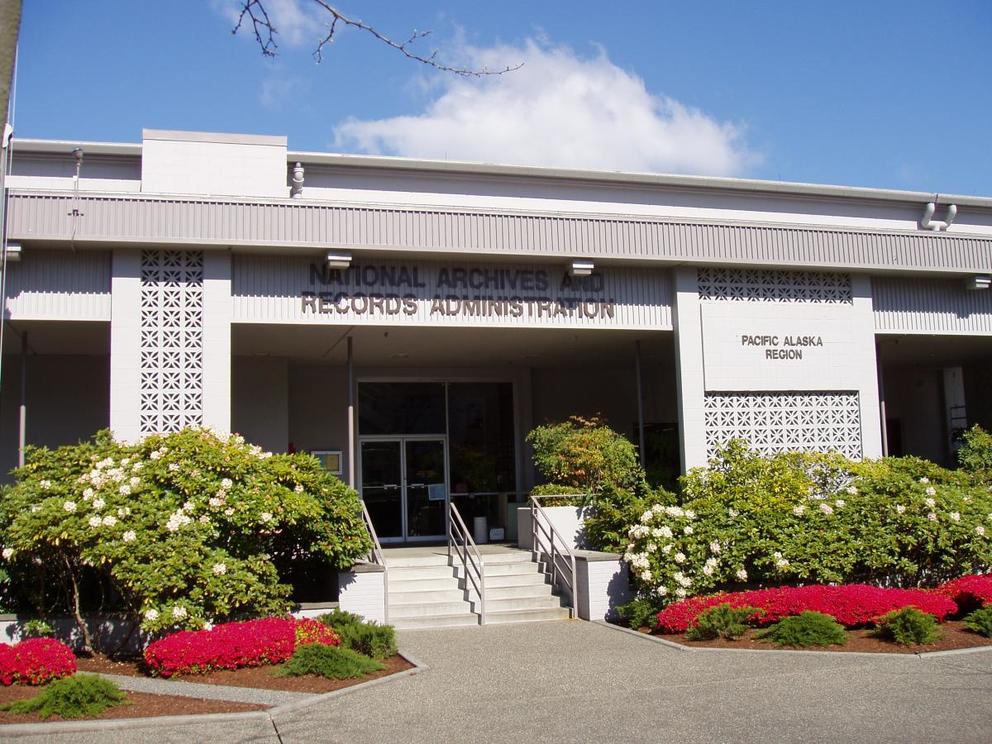 Historians and archivists have objected to the U.S. government’s decision, brought to their attention in late January, to shut down the National Archives repository at Sand Point. The outrage in the heritage community is intense, and there are hopes that flaws in the decision-making process can be challenged and the decision reversed. State Attorney General Bob Ferguson’s office is looking into a possible legal challenge.

For anyone who thinks this argument is simply about dusty old documents, a recent closed meeting between National Archives staff from Washington, D.C., and representatives of some Northwest tribes surfaced a powerful perspective. Not from what went on in the meeting — observers, including the press, were barred from it — but from a powerful protester outside the archives offices.

The protester’s name is Lana Jack and she is a member of a diminishing and unrecognized tribe called the Wyam of Celilo Falls on the Columbia River. The falls were an Indigenous fishing and gathering spot, situated on a narrow point in the river’s passage that was flooded and destroyed by the Dalles dam in the late 1950s. The Oregon Encyclopedia says Native peoples have lived at the site for at least 11,000 years. Lana Jack lives in Celilo Village, an unincorporated community near the once great falls, on the Oregon side of the river across from Wishram, a Washington community in Klickitat County. Celilo Village is reputedly Oregon’s oldest continually occupied community.

Last week, Jack stood apart from other protesters in the Sand Point facility’s parking lot, pounding her drum and chanting, talking and at times weeping. Her grief at the possibility of moving the archives was palpable.

Jack has relied on the archives before. Native peoples, she said, “were taken out of their longhouses and put in the files.” Tribal recognition and rights are enshrined in the documents held here in Seattle: treaties, agreements, recognitions, genealogies — the legal architecture governing much of who has rights, who doesn’t, who exists and who doesn’t. A 1957 agreement between the government and tribes “compensated” the Warm Springs, Yakama, Umatilla, and Nez Perce tribes for their loss of use of the falls for fishing. Not included were other Native peoples, like the Wyam, though Jack said she looked at that agreement in the archives and claims that it also recognizes the rights of other unspecified Native peoples who historically used the site. In other words, she believes the papers in the archive give her the right to belong to a place her people have lived for millennia. For Jack, preserving these papers amounts to preserving her right, and the rights of her people, to exist.

In displacing Native peoples, identities have been imprinted, often very imperfectly, on the documents here. David Z. Bean, chairman of the Puyallup Tribe, described in a letter objecting to the closure of the archives that they contain not only original treaties and drafts from the mid-19th century, but original correspondence with Indian agents and records “associated with litigation that document the Tribe’s effort to protect our treaty rights and territory.” Moving them, he wrote, would have a “profound, negative and irreparable impact.” Tribes, it should be noted, were not systematically consulted in advance of the decision to close the archives and sell off the property.

“The U.S. government made us paper Indians — our ancestors are here,” Jack proclaimed last week at Sand Point. To close and remove the archives is to physically remove the ancestors (word is the contents of these warehouses would probably be transferred to facilities thousands of miles away in Missouri and in Southern California). The papers, Jack said, tell “the story of a condemned people." Their removal from the region is a “paper genocide.”

Jack’s words brought to mind what I’ve heard and read about the beliefs of Salish peoples in and around Seattle. Ken Workman, a descendant of Chief Si’ahl (otherwise known as Chief Seattle), is also a member of a federally unrecognized tribe, the Duwamish. At a Ghosts of Seattle Past event a few years ago, I remember Workman speaking powerfully about the presence of his people, that they are literally embedded in the city. On that evening, in a historic building near Pioneer Square supported by old-growth wood beams, he said that many of his people were buried in trees. “We are in the trees and beams,” he declared, gesturing overhead. The presence of the dead is not simply figurative; they are enmeshed in the landscape and the materials we draw from it.

At the time, I remember being struck by comments Chief Seattle was said to have made during a treaty meeting in either 1854 or 1855. The origin of his oration is somewhat controversial, but contains insights that have resonated since they were published in the 1880s. Among them is the Duwamish chief’s bewilderment that the newcomer whites were transient people who willingly left their dead behind. He is said to have declared: “The ashes of our ancestors are sacred and their final resting place is hallowed ground, while you wander away from the tombs of your fallen fathers seemingly without regret.”

Seattle’s speech goes on to assure the white settlers that this was not the case for his people. The ancestors, he said, continue to have power. “At night, when the streets of your cities and villages shall be silent, and you think them deserted, they will throng with the returning hosts that once filled and still love this beautiful land. The white man will never be alone.”

He continued: “Let him be just and deal kindly with my people, for the dead are not altogether powerless.”

Last week’s meeting of the tribes and archive officials was an attempt to find ways to mitigate the closure of the archives; not to reverse it. Tribal consultation was lacking beforehand, now it is being done as a kind of damage control. Digitization is one possible way to lessen the blow of closure and moving. But anyone who works with original documents knows that it is an expensive, slow and imperfect process that loses much information in transition. As science advances, old documents are just now beginning to show potential as a source of DNA and proteins, the analysis of which can tell us something about their context and who made or handled them. Physical documents retain the power to inform; as physical artifacts, they can transport us to another time and place.

Lana Jack’s view seems to be that the documents are imbued with the tangible spirit of her Native ancestors. “Keep our people here,” she pleaded. “Everyone should be concerned with the truth — with history.” The archives are alive, and have something to tell us all.