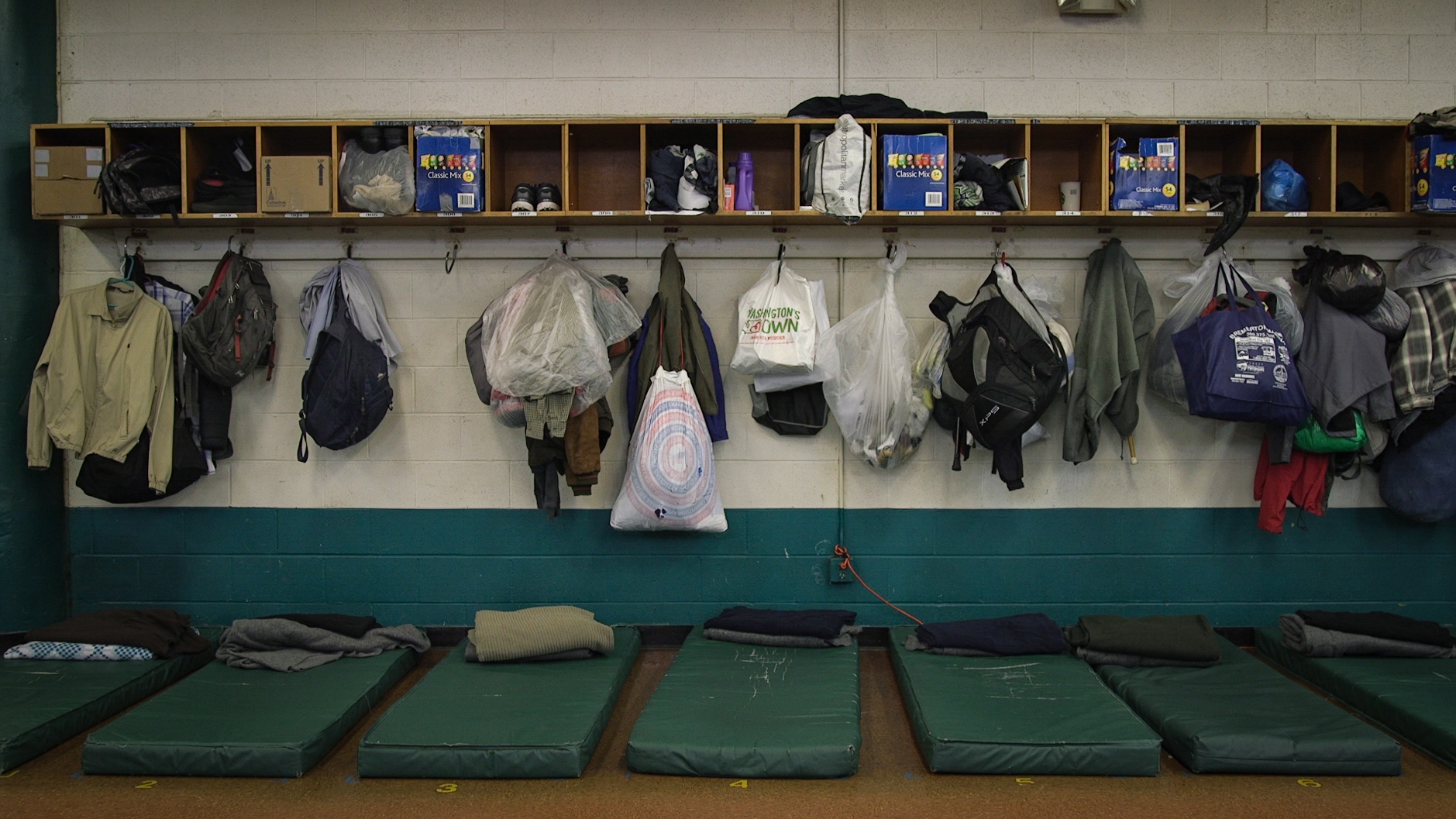 If the novel coronavirus continues to spread, King County’s homeless population could be among the most vulnerable to the worst effects of the illness.

The virus, which has already killed six people in Washington state, is mild for most patients. But for older and less healthy people, it poses a serious risk.

That description increasingly fits much of the homeless population in King County and across the country.

Years spent outside, inconsistent health care, substance use and living a generally hard life can age people to the point that they start experiencing end of life issues much earlier. Some people experience homelessness as a result of health issues. In a survey of 1,000 people struggling with homelessness last year, 64% reported living with one or more health conditions. Another 27% called their health issues "chronic."

“This is an extraordinarily vulnerable population,” said Dr. Margot Kushel, MD, director of the University of California San Francisco Center for Vulnerable Populations.

As the number of people experiencing homelessness along the West Coast has grown, the average age has also jumped. Where many people struggling with housing were in their 20s and 30s in the 1990s, a large number are now in their 50s and 60s. At the Downtown Emergency Service Center, the average age has increased by 20 years just in the past decade, its director of housing programs, Noah Fay, earlier told Crosscut.

Even before the arrival of the virus, service providers have struggled to handle the medical acuity of shelter clients — an issue that's grown worse in recent years — and a significant outbreak could further stretch an already strained system.

In Washington, much attention has focused on a single senior care facility in Kirkland, where nearly half of the 18 reported cases — and four out of six of the deaths — appear to have originated, officials from Seattle-King County Public Health said Monday.

Kushel said it would be wise to consider Seattle’s homeless population as equally vulnerable. While their average age is lower than that in senior care facilities, “physiologically, they probably have more in common” with that older population, she said.

Kushel pointed in particular to cardiopulmonary diseases that could leave people more vulnerable.

While the coronavirus — COVID-19 — is generally believed to have a mortality rate below 2 percent, for people with heart conditions, it can be as high as 10 percent. For patients over 70, it’s around 8 percent.

At the same time, isolating the illness may prove more difficult for people staying in Seattle’s shelters — which are already near capacity — and without the ability to self-quarantine.

To prepare, service providers and officials from Seattle and King County have scheduled weekly phone calls with each other. On Monday, they discussed hygiene and possible contingency plans for quarantine, according to Brittny Nielsen, communications manager for Compass Housing.

“There absolutely needs to be really close connection between the homeless system and the public health professionals,” Kushel said.

King County Executive Dow Constantine said Monday the county would shortly open a number of self-contained housing units, specifically for the homeless population. The county would also soon purchase a motel for quarantining people, he said.

“Many of us can shelter in place, we can go home, we can even work remotely,” Constantine told reporters. “That is not an option for people who are unhoused.”

In the short term, Constantine said he believed that effort would be sufficient. But he said they would need to expand that ability to quarantine going forward.

The City of Seattle's Human Services Department is also working with King County to identify additional shelter space, according to a post from the department Monday.

St. Martin de Porres Shelter in Seattle’s industrial district serves men over 50. Every night, over 200 mats line the floor of an old Coast Guard facility. Many of the shelter’s clients struggle with health issues.

“Obviously anything that affects folks with compromised immune systems, which is much of our population, is always concerning,” said Jennifer Newman, the shelter’s program director. “So we’re trying to plan and prepare for the possibility of somebody showing up positive in the shelter and how do we respond to that.”

Homeless service providers have been working with the county to prepare their shelters. King County, the city of Seattle and the Health Care for the Homeless Network have scheduled four trainings on hygiene in shelters, according to a blog post from King County’s Department of Community and Human Services. City and county departments will “implement a monitoring schedule to ensure compliance” with hygiene guidelines, the blog post said.

Nielsen with Compass Housing said, “We go through things like this every winter with the flu, so we’re always hyper aware of making sure people are healthy.” They will likely check in more often with their older and less healthy clients as a result of the coronavirus, Nielsen said.

In an email to staff Saturday, Daniel Malone, director of the Downtown Emergency Service Center, urged staff to continue with normal protocols around cleanliness and to stay home if they felt unwell.

“Undoubtedly the recent news is as concerning to our clients as it is to everyone else,” he said. “I’m sure many of them are taking comfort from seeing that DESC staff remain steady and available to support them.”

While outbreaks of tuberculosis and Hepatitis A have occasionally cropped up in unsheltered communities, there’s little precedent for a viral infection that spreads this quickly, said Kushel. The closest is likely when Severe Acute Respiratory Syndrome (SARS) broke out in Toronto in the early 2000s, she said. While that outbreak was limited, Kushel said it showed the importance of communication between service providers and public health professionals and setting up somewhere to quarantine people who’ve become sick other than in hospitals.

“I don’t think that the hospitals have the capacity to serve as a quarantine space,” she said. “If this reaches into the homeless population, it will mean that it’s reaching very far.”