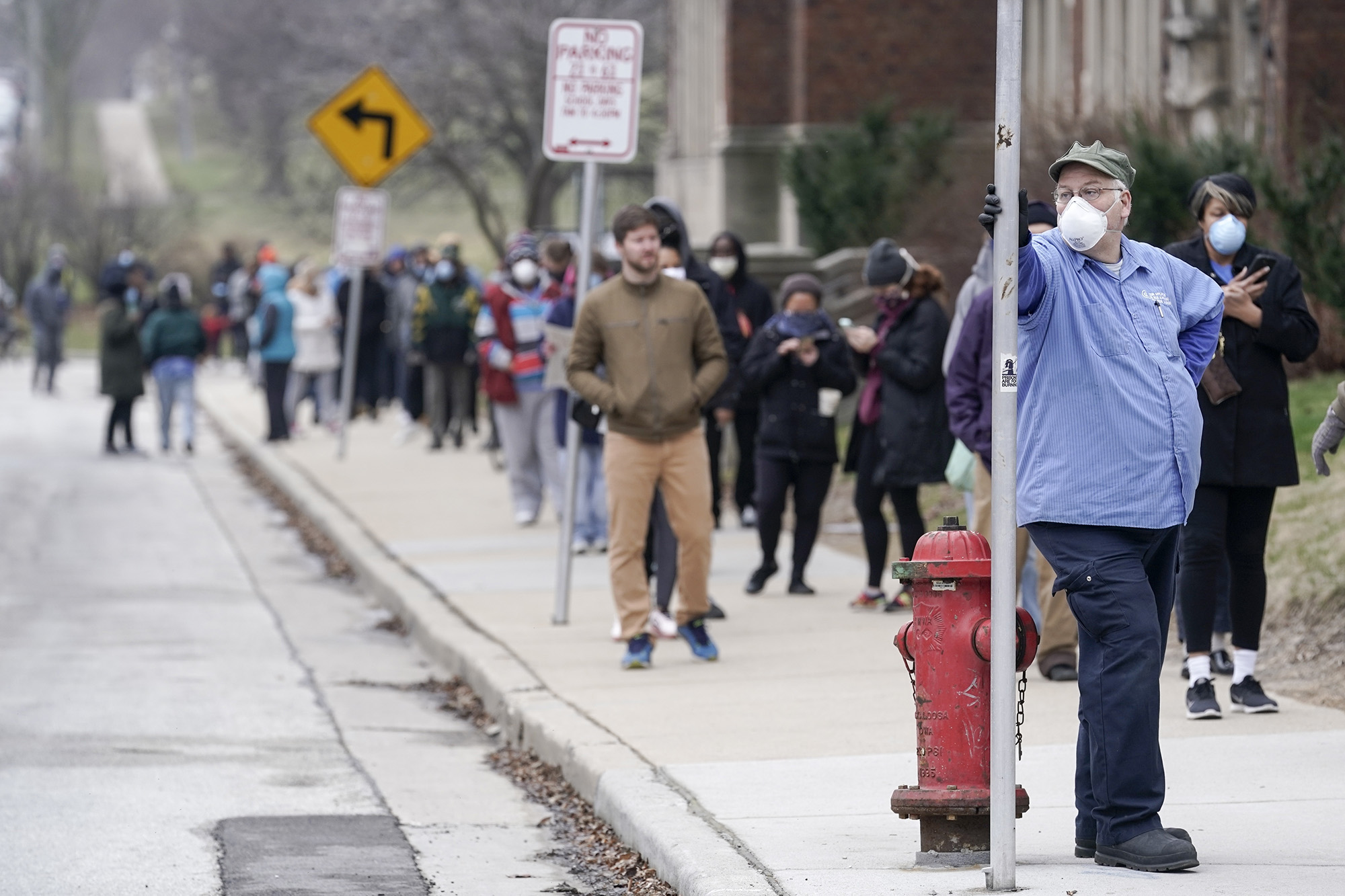 Voters observe social distancing guidelines as they wait in line to cast ballots in the presidential primary election in Milwaukee, April 7, 2020. More than 50 people who voted in person or worked the polls during the Wisconsin primary election have tested positive for COVID-19. (Morry Gash/AP)

As Americans deal with the stresses of self-isolation, struggle to pay bills after millions lose their jobs and grieve the losses of friends and neighbors, many are grappling with yet another urgent problem: how to safely make their voices heard in the most consequential election of our lifetime.

We’ve already seen heart-wrenching images of Wisconsin voters standing in long lines to cast their ballots. It was a stark wake-up call; nobody should be forced to choose between their health and their right to have a say in our democracy.

The solution, as any Washingtonian knows, is obvious. All voters should have the opportunity to mail their ballots from home. It’s secure, convenient and increases turnout among the working people hit hardest by this virus. Voting by mail is a common sense solution that should garner bipartisan support, especially in this moment of crisis.

But instead of taking action that could save lives, Republicans are resorting to their typical scaremongering tactics based on “alternative facts.” Even in the midst of a global pandemic, their newest political boogeyman isn’t a devastating virus. It’s not a cratering economy or a chaotic, bumbling White House devoid of policy expertise and empathy for the people suffering. No, they’re mobilizing against one thing: making it easier for Americans to vote.

To that end, Republican National Committee Chairwoman Ronna McDaniel has described voting by mail as a threat to our very democracy. Donald Trump has even taken time out of his coronavirus briefings to attack it as “a very dangerous thing,” despite voting by mail himself as recently as 2018.

Democracy isn’t strengthened by scaring voters or suppressing our voices. Our free system of government works only when everyone has an equal say.

That’s why Washington has been voting by mail for nearly a decade. We recognized that our strength lies in bringing everyone along. Mail-in voting helps make that a reality, and as time has gone on, we’ve only strengthened that system.

The only thing that’s partisan about mail-in voting is the way it’s been improved here in Washington state. Since Democrats took back control of the state Legislature in 2017, we’ve further expanded free and fair voting access through automatic voter registration, prepaid postage on all ballots and preregistering young adults so that civic participation is learned as a habit by every future generation.

That progress has made Washington’s democracy freer and more open, and it helped secure record-high turnout in our presidential primary, despite Seattle being one of the early epicenters of the coronavirus outbreak. Yet each of those milestones was reached over opposition from Republican leadership.

From the White House to Olympia, GOP leaders recognize that their agenda is deeply toxic. After more than three years of President Donald Trump’s broken promises on everything from health care to trade, voters are tired of a president whose record is defined by attacks on working families and giveaways to the rich and well-connected.

Republicans can’t spin that reality, so they would rather keep as many voters from the ballot as possible. They know that when more people vote, Democrats win. That’s why national Republican leaders like RNC Chairwoman McDaniel and Trump spread false claims about voting fraud to frighten people of the concept of national voting by mail.

It’s self-serving, it’s undemocratic and it’s far beneath the leadership that Americans deserve.

We can’t allow a handful of opportunists to threaten our right to vote. In the face of an all-consuming crisis, the power to have a say in our future has never been more important.

Washington has proved that voting by mail keeps that power in the hands of voters. Now’s the time for leaders of both parties in the other Washington to follow our lead. 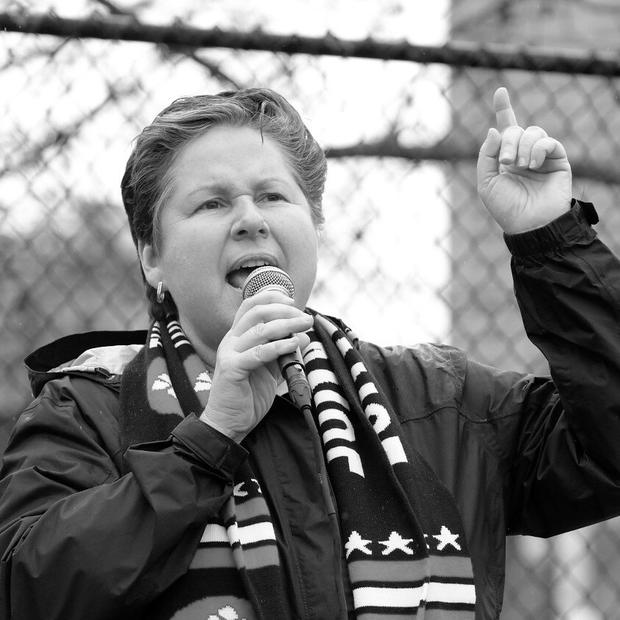