The Confederate legacy in Washington state

Local commemorations disprove the myth that the Pacific Northwest was untouched by the Civil War. 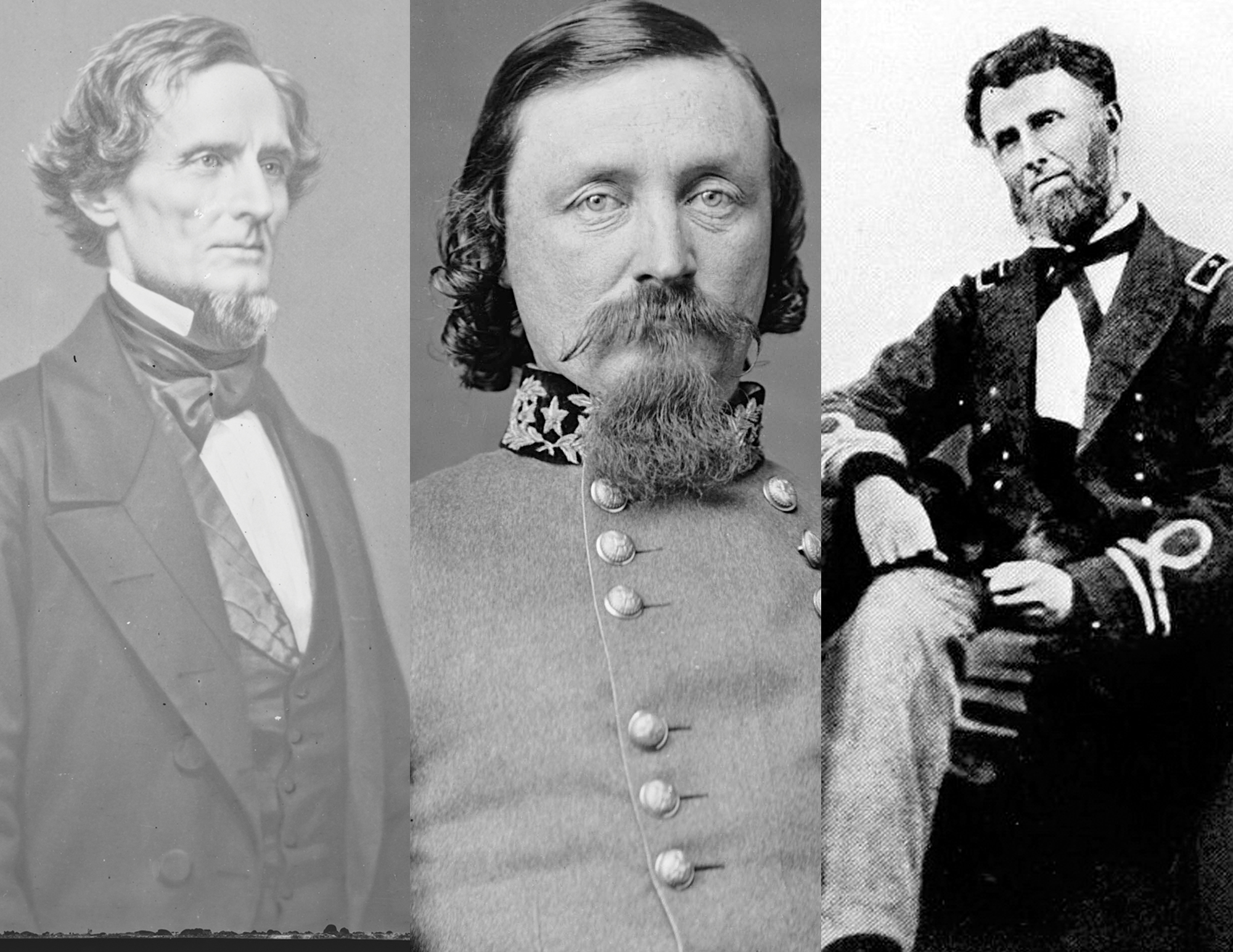 In the wake of historic Black Lives Matter protests following the killing of George Floyd, there is renewed interest in rolling back Confederate monuments and commemorations around the country, including in Washington state.

This is not the first time these issues have been raised here. Calls to remove Confederate monuments and memorial sites proliferated after Dylann Roof’s murderous rampage in Charleston, South Carolina, in 2015, and again following the white supremacist torchlight demonstrations in Charlottesville, Virginia, in 2017.

An even earlier debate over commemorating the Civil War era foreshadowed these controversies. In 2002, a Democratic legislator in Snohomish County — unsettled by a long stretch of Highway 99 honoring Jefferson Davis, the Confederate president — attempted to remove the designation. Those efforts drew national attention and fury from the right. Markers honoring Davis, placed at either end of the highway in the 1930s by the Daughters of the Confederacy, were eventually removed (one to private land along Interstate 5). It turned out the designation was never officially made, despite the markers. The Davis commemoration was part of a larger national project to honor Davis and the Confederacy with similar roadway designations, mostly in the Deep South and the Far West.

In the school’s case, officials decided in 2018 to remove the “Robert E.” from the school’s name, which is now simply Lee Elementary. A 2017 article in the Pacific Northwest Inlander pointed out that there was resistance to the change in East Wenatchee, a separate community across the Columbia River from Wenatchee because “during the Dust Bowl era, farmers, many of them Southern migrants, flocked to the region.” When it was built in the 1950s, the school was named for the Confederate general in an act of historical bothsidesism. It served, in the eyes of some, as a historical counterpoint to a nearby elementary school named after former President Ulysses S. Grant. Today, there is renewed interest in removing the Lee name entirely.

A 2015 analysis of records from the National Center for Education Statistics by Mother Jones found more than 60 schools named in honor of confederate leaders — mostly in the South, with one notable exception in Washington state. Since then, some schools have been renamed or had their names adjusted, such as Robert E. Lee Elementary in East Wenatchee which dropped "Robert E." from its name. (AJ Vicens/Mother Jones via Carto)

In Richland, there’s also newfound energy to change the name of Robert E. Lee Boulevard, which first became a subject of local debate in 2017, after Charlottesville. Defenders of the name argued that Lee had served in the military engineers, and the street was named in his honor at a time when the Army Corps of Engineers had done much to reshape Richland in the 1940s. This echoed a similar justification for Jefferson Davis Highway; Davis, defenders asserted, led the War Department at a time when military roads in territories like Washington were being built. Despite a remote involvement in military infrastructure, Lee and Davis had little or no connection to the Northwest, unlike Grant, Gen. George B. McClellan or Gen. Philip Sheridan, who served in the region before the Civil War. A new online petition started in June, demanding that Robert E. Lee Boulevard be changed.  “Racism has no place in our community and it is time to take a stand,” it says. The city of Richland has agreed to consider a name change.

Washington’s map features other places with names connected to the Confederacy. Maury Island, attached to Vashon Island near Seattle, was named after a member of the U.S. Exploring Expedition led by Charles Wilkes, which mapped and named many features in Puget Sound in 1841. Wilkes named a number of places for his crew, including the expedition's astronomer Lt. William Lewis Maury.

When the Civil War came along, Maury resigned his officer’s commission in the U.S. Navy and joined the Confederate States Navy. His duties included the command of the CSS Georgia, a commerce raider that captured or destroyed civilian Union vessels in order to disrupt the North’s economy. His family members also played key roles in the Confederacy. His cousin, a famous oceanographer named Matthew Fontaine Maury, served in the Confederate Navy, too. He was responsible for obtaining the vessel Georgia in Britain, which William took on his raids.

Another state feature named for a prominent Confederate is Mount Pickett on Orcas Island in the San Juan Islands. It’s named for George Pickett, a former officer in the U.S. Army who became a Confederate general, most noted for “Pickett’s Charge,” a  famed and futile advance during the Battle of Gettysburg. That event has been called the “high watermark of the Confederacy” and has been romanticized as an example of sacrifice for the South’s “Lost Cause.” Others have argued it was an extraordinarily reckless waste of human life in a terrible cause.

In addition to the Gettysburg disaster, Pickett was responsible for a lesser known case of butchery: the execution, by hanging, of more than 20 prisoners of war in North Carolina in 1864. The soldiers were North Carolinians who had joined the Union army. Some had deserted from Confederate ranks and, after capture, were court martialed for treason. Roughly half the men, however, weren’t Confederate army deserters, yet Pickett's command still executed them, including at least one prisoner whose crime was being a Black Union soldier. After the war, Pickett was investigated by the government and found to have committed war crimes. He fled the U.S. for Canada and was later spared prosecution through the intervention of President Grant, a former West Point classmate.

During his Army tour in the Northwest, Pickett famously led troops that occupied San Juan Island during the Pig War dispute with Great Britain over possession of the islands in 1859, just years before the outbreak of the Civil War. (A bridge in Bellingham was named for Pickett, but the city council voted to strip the designation in 2019.)

Mount Pickett lies just southeast of Mount Constitution and was previously named Doe Bay Mountain. A 1925 article about its renaming in The Seattle Times says it was named “for famous Confederate General George E. Pickett, who led a historic charge at Gettysburg,” and refers to his service in the boundary dispute. The 1920s were a period when many Confederate statues and monuments were erected.

Dixie, population 200, is near Walla Walla in southeastern Washington. According to William Denison Lyman’s 1918 history of early Walla Walla County, which once included modern Walla Walla, Columbia, Garfield and Asotin counties, a key group of settlers came to the area by wagon train in 1859. The party included the three Kershaw brothers, William, John and James. They were musicians — fiddlers — and brought with them a new song, “Dixie,” which they played together frequently, earning them the name the “Dixie Boys.” The name was given to their settlement.

Many settlers from states that allowed slavery, including Kentucky, Tennessee and Missouri, moved to the area at that time. “[D]emocratic views preponderated,” historian Lyman wrote of people who were “bitterly opposed to ‘abolitionists’ and ‘black Republicans.’ When the war broke out there was a considerable element that carried so far by their hatred of abolitionists that they even became rank ‘Secesh,’ ” meaning pro-Southern secessionists. The term “black Republicans” referred to whites who favored movement toward racial equality. As the war went on, Lyman wrote, pro-Union sentiments seemed to gain favor.

The song "Dixie" is said to have been composed by a white, blackface minstrel performer named Daniel Decatur Emmett, who first performed it in New York in 1859. It became a huge hit. But the song’s origins have long been contested. Recent scholarship has made a case that Emmett learned the song from a performing Black family in Ohio known as the Snowden Family Band. Emmett knew the family, lived nearby and performed with them. A pair of historians have advanced the theory that the original song was likely composed by a Black woman, Ellen Cooper Snowden, whose sons taught it to Emmett.

Emmett himself was said to be appalled that Dixie had become a symbol of the Confederacy. During the Civil War he supported the North and provided musical arrangements for the Union army. The song was popular in the North and South. President Abraham Lincoln loved the tune. The song has been called a “… popular minstrel hit, proud anthem of the South, [and a] hated symbol of racism …” by a historian who has studied the song’s origins.

There is a myth that the Pacific Northwest was untouched by the Civil War. It is true no battles were fought here, but the politics of the war and the years preceding it played an outsized role in shaping the region. There were supporters of both the North and South in positions of power and influence in the Northwest generally, including Washington. Attitudes before the war distinctly leaned to the South and in favor of racial exclusion in the region. Those fault lines are embedded in our landscape, often attached to the land decades, or in some cases nearly a century, after the conflict itself. Today, the stories behind those names can help us more clearly understand ourselves, our history and our collective values.