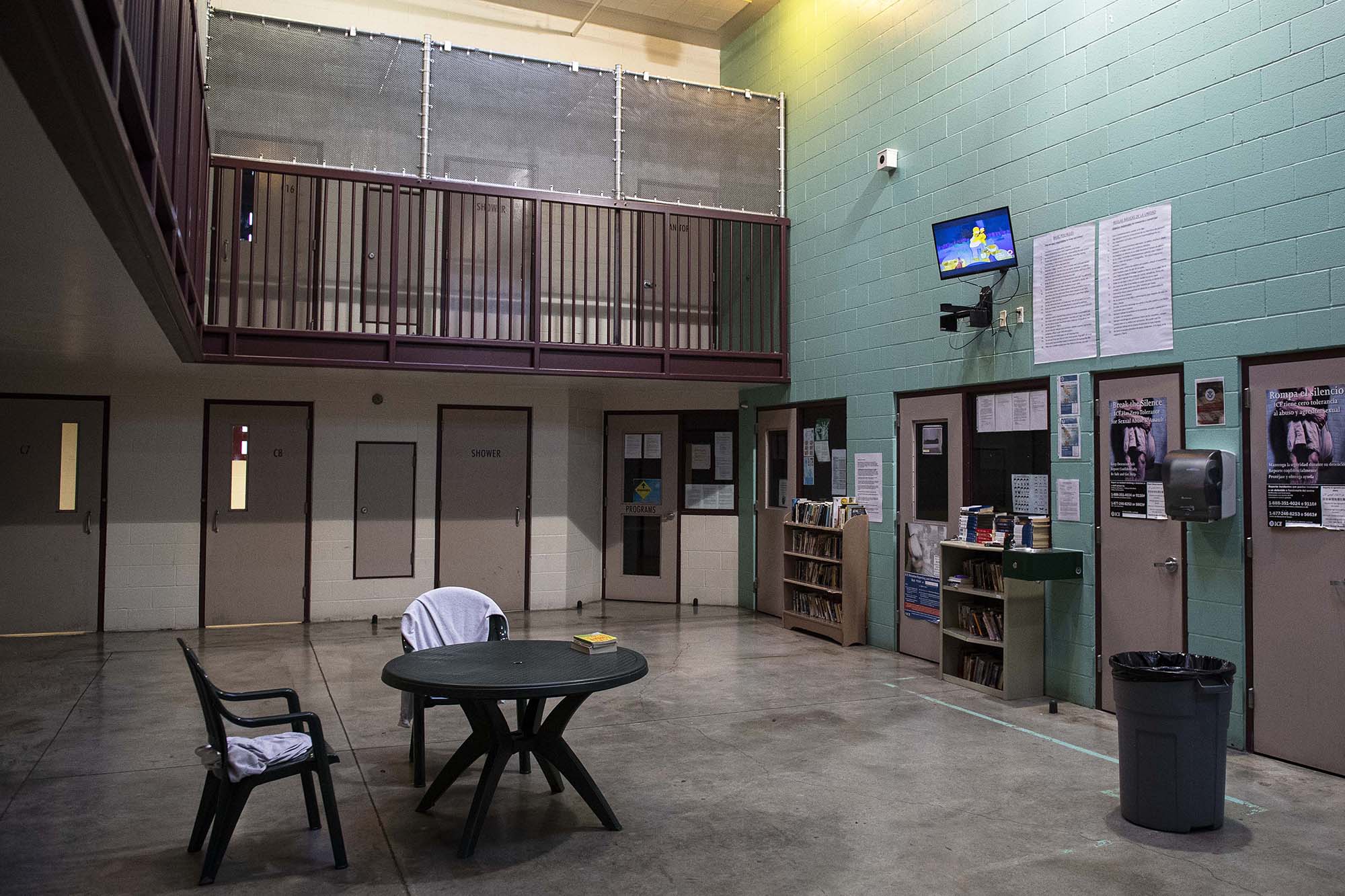 At the end of June, a federal judge in California ordered migrant children across the country to be released from immigration detention facilities because of the steep uptick of COVID-19 cases. This week, a teenager held at the Cowlitz County Youth Services Center in Longview was freed just after the clock struck midnight and he turned 18.

Attorneys and advocates had feared that the teen would be transferred to the ICE detention center in Tacoma, where at least four people have tested positive for COVID-19 and where detainees often linger for months or years as their immigration cases proceed. Undocumented teens who age out of juvenile detention centers are often transferred to adult facilities once they turn 18.

Family detention centers where undocumented parents and children are held together are “on fire,” read the order of Judge Dolly Gee of U.S. District Court for the Central District of California. “There is no more time for half measures.”

Now that decision is playing out in dramatic fashion in the Pacific Northwest.

More on teens in detention: Living in fear of COVID-19

Gee’s order demands that the U.S. government release migrant children held in the country’s three family detention centers by July 17 and asked for a report on two places migrant teens are being held by U.S. Immigration and Customs Enforcement, or ICE.

Children must be released with their parents or to "available suitable sponsors or other available COVID-free non-congregate settings" with the consent of their parents or guardians’ consent, Gee wrote. The ruling applies to children who have resided at three facilities — Berks in Pennsylvania, South Texas (Dilley) and Karnes County in Texas family residential centers — for more than 20 days.

The court order also required ICE to report on conditions at the Cowlitz County Juvenile Detention Center and the Northern Oregon Regional Correctional Facility (“NORCOR”) in The Dalles, the only two detention facilities in the country that house troubled teens for ICE. The report is due later this month and must explain why any children — now three total after the one teen was released on Tuesday — must remain in detention at these two facilities. In the meantime, none of the minors who age out are allowed to be transferred to an adult facility, the judge wrote.

In order for any youth under age 18 to remain in detention, ICE must demonstrate why they are a flight risk or a danger to the community.

Dozens of migrant children have tested positive for COVID-19. In an April court filing, the Cowlitz County teen said “since the pandemic began my experience has been bad because I don’t know when I will get sick or if someone else around me is sick.”

“I am afraid all the time,” he said. “I have not been told anything about what the Cowlitz Juvenile Detention Center is doing to protect us.” 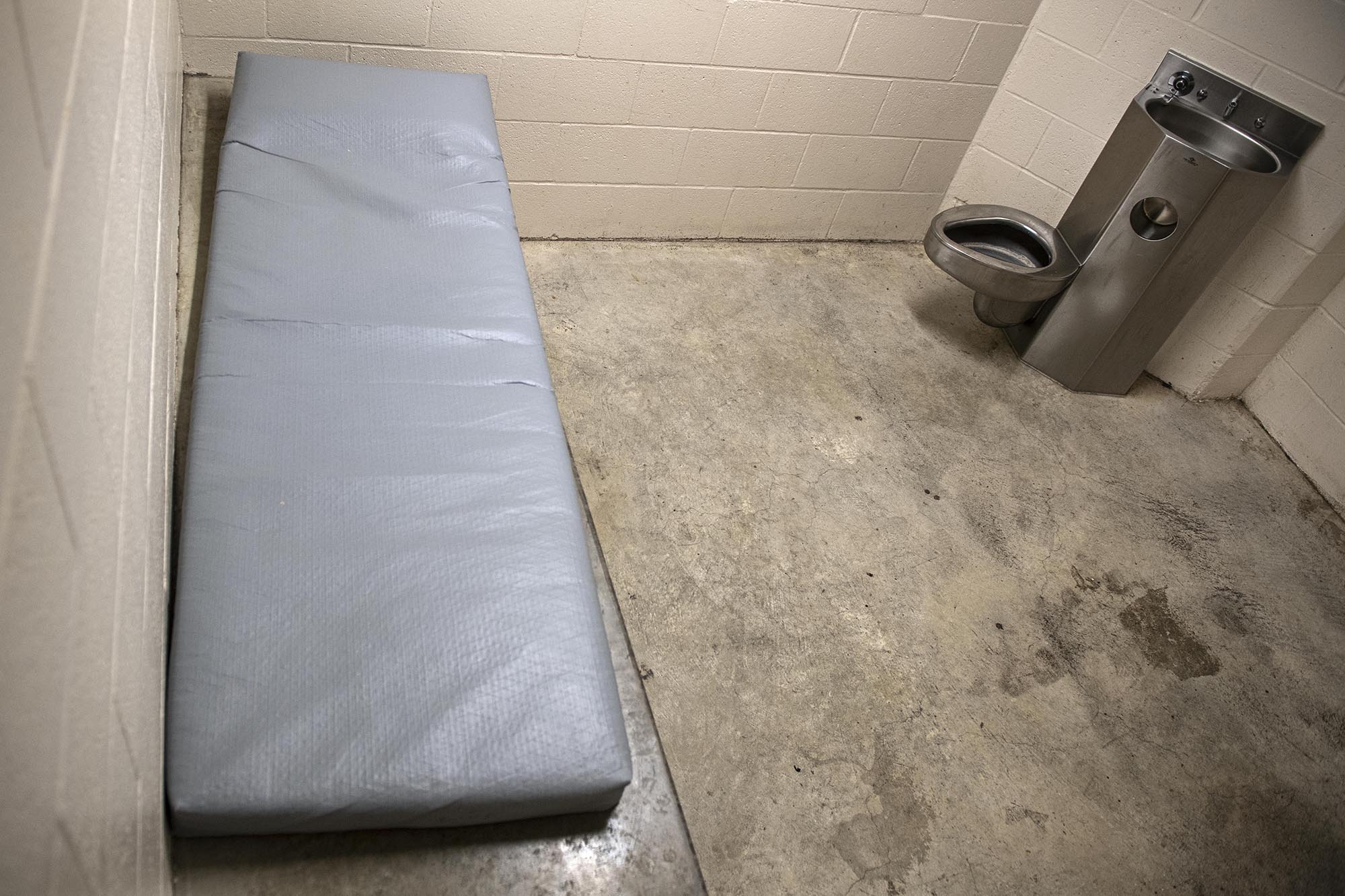 The observations room at the Cowlitz County Youth Center in Longview contains a sleeping mat and a toilet.

The observations room at the Cowlitz County Youth Center in Longview contains a sleeping mat and a toilet.

A report released in April from the University of Washington Center for Human Rights and the Lewis & Clark Law School noted that many of the children detained at the Oregon and Washington state facilities were arrested on the East Coast in anti-gang operations, which targeted the MS-13 criminal gang in 2017 and 2018. But while some children have committed serious, even violent, crimes, advocates say other teenagers have simply been swept up by overzealous ICE operations. The university researchers estimate the facilities receive approximately $170 per day for every child incarcerated for ICE.

In the case of the teen just released from the Cowlitz facility, ICE tried to persuade the judge to allow his transfer to an adult facility, arguing that he remained a danger to the community. But the agency also said the teen had no previous criminal history.

According to court documents, the teen, who is originally from Honduras, entered the U.S. as an unaccompanied minor in 2016 in Del Rio, Texas.

Years later, in 2019, ICE determined his detention was required “because he is a flight risk, and to ensure the safety of others because he was arrested while living on his own without his mother to whom he had been previously released, in a house of adult gang members,” the federal agency argued in a last-minute court filing. ICE also said the teen had tried to grab a 9-inch knife from a closet when officers had confronted him in a Maryland home and asked for his identity documents. ICE referred to a tattoo on his neck as proof of his gang affiliation.

The agency also noted that the teen was disciplined in October for tagging a wall at the detention facility with an MS-13 gang sign. Earlier this year, he received another disciplinary infraction for attacking an individual at Cowlitz, ICE said.

His lawyer, Samantha Ratcliffe, said the teen has never been charged with a crime. Ratcliffe, an immigration attorney with the Metropolitan Public Defender in Portland, represents undocumented teenagers in Cowlitz County.

The American Civil Liberties Union of Washington and advocacy groups such as the Washington Immigrant Solidarity Network are currently working for the release of all teens held in the Pacific Northwest facilities, especially given the COVID-19 public health crisis.

Advocates say public pressure to release kids in detention has proved successful, not only due to the pandemic but also because of public outcry over the Trump’s administration’s previous family separation policy.

The teen released this week will likely be placed with a family living in Washington, Ratcliffe said.