Before appearing at the Crosscut Festival, the Pulitzer Prize winner chats about the significance of the year 1619 and the backlash the project has faced. 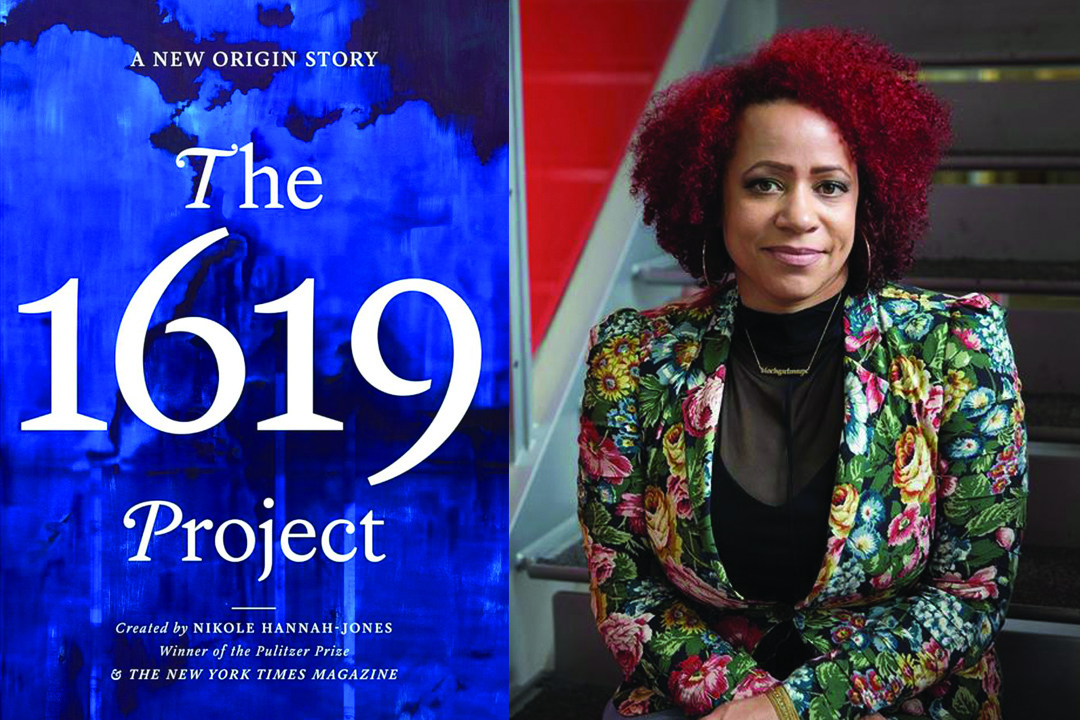 Nikole Hannah-Jones, a Pulitzer Prize-winner and creator of the landmark 1619 Project, will headline the Crosscut Festival, where she will discuss the project, new book and more.

When The New York Times Magazine’s 1619 Project originally hit newsstands in 2019, it quickly became a national phenomenon. People searched for physical copies of the magazine, shared it among friends, family and co-workers, and educators began using it in their classrooms. The project has continued to expand and recently became a book, The 1619 Project: A New Origin Story. Nikole Hannah-Jones, a Pulitzer Prize-winner and creator of the landmark project, will headline the Crosscut Festival, where she will discuss the 1619 Project, the new book and more.

Every year, journalists, politicians, authors and newsmakers from our Pacific Northwest community and around the nation come together at the Crosscut Festival to take a hard look at the people, policy and events that shape our lives. The 2022 Crosscut Festival will take place in a hybrid in-person and virtual format. (Intrigued? Get tickets.)

Hannah-Jones is the 2022 Crosscut Festival keynote speaker for our Saturday, May 7, event at Town Hall Seattle. The night’s discussion, “Retelling Our History with Nikole Hannah Jones,” will examine how the 1619 Project challenged our country to rethink and reframe American history to account for the brutal legacy of slavery. Now with her new book, Hannah-Jones returns with a lot more to say.

Before joining us next month at the Crosscut Festival, Hannah-Jones took the time to chat with Crosscut about the significance behind choosing the year 1619, backlash the project has faced and more.

This interview has been edited and condensed. Thanks to the South Seattle Emerald, our media sponsor for the May 7 live event.

We can’t start a conversation about The 1619 Project without discussing the choice of the year 1619. Could you explain the inspiration for the year 1619 — predating the American Revolution and even the Mayflower?

How does The 1619 Project reframe the foundation of this country and also American history in general?

The 1619 Project argues that slavery is a foundational American institution and that its legacy shapes much of modern American life in surprising and often obscured ways. This Project argues that we would better understand our nation if we considered 1619 as our origin point and not 1776 — our most vexing issues and tensions, our defining cultural contributions, our gravest hypocrisies, begin at that moment.

Why the expansion to a book? What inspired the evolution of the project and its many facets?

The expansion allowed us to deepen and expand our arguments, to touch on many other aspects of American life that have been shaped by slavery, to more than double the poetry and short fiction, and to respond to our critics. Also, a book just feels more substantial, more permanent.

While The 1619 Project has become a resource for educators, it also has become a target in the conversation about banning curriculum discussing how our country’s history is affected by racism and slavery. (This is mentioned in the 1619 book as well.) Why do you think The 1619 Project became a part of this conversation? Or what would you like to share about this experience?

The popularity of the 1619 Project and its use by many educators in the classroom, with the predictable backlash to the racial justice protests of 2020, combined to make the 1619 Project a political target of conservatives. It has been deeply distressing to see the work attacked in this way and to see legislators using state power to prohibit the teachings of texts and ideas they do not like.

You’ll be joining us at Crosscut Festival as our Saturday night keynote speaker at Town Hall Seattle. What do you hope this conversation will address?

I hope this conversation will address how fights over history are not new, because the histories we learn are really about power. And I hope that we will talk about why it is important for us to honestly confront our past and the way it shapes our nation so that we can build the great country we believe ourselves to be.

Don’t miss Nikole Hannah-Jones and other newsmakers at the Crosscut Festival. Get your tickets now.