Despite risks to salmon, EPA walks back protections for Alaska's Bristol Bay

In a reversal that likely transfers authority to EPA headquarters, southwest Alaska's Pebble Mine gets closer to being built despite concerns for the bay's productive fisheries. 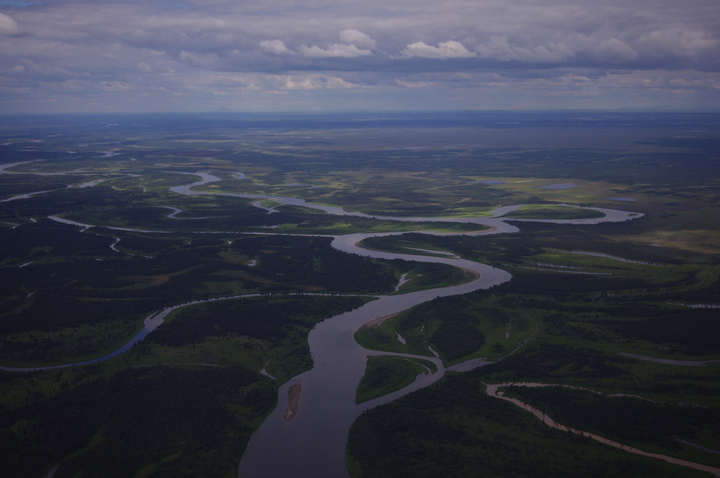 Southwestern Alaska is home to Bristol Bay, a major seafood hub that boasts the most productive wild sockeye salmon run on Earth. (Image courtesy of United Tribes of Bristol Bay)

A controversial mining project proposed in Alaska’s Bristol Bay, home to one of the largest wild salmon fisheries on the planet, is closer to being approved.

One month ago, Chris Hladick, the Environmental Protection Agency Region 10’s Seattle-based administrator, shared major concerns about the U.S. Army Corps of Engineers’ draft review of the mine's potential environmental impacts, based on a permit application from Pebble Limited Partnership. But on July 30, Hladick voluntarily elected to withdraw an Obama-era protective measure without a public comment period. The move helps transfer EPA authority over mine permitting to its headquarters in Washington, D.C. 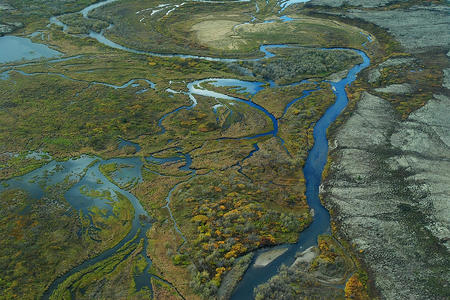 Tuesday’s announcement is in line with the Trump administration’s broad deregulation of environmental protections. Though anticipated for a month, the move is still a shake-up in a decades-long procedural drama playing out between Pebble, the state of Alaska, the federal government, Alaskan tribes, business advocates and environmental groups.

A late-June memo from EPA General Counsel Matthew Leopold urged Hladick to consider withdrawing the protective measure for Bristol Bay. If Hladick believed the mine would unacceptably impact the environment, Leopold counseled that EPA headquarters should be allowed to handle the matter. Getting the protective measure withdrawn has been one of Pebble’s goals since 2017, when the EPA settled a lawsuit Pebble brought in response to the measure.

While the Corps of Engineers has ultimate control over dredge and fill permits that allow for the removal and replacement of land for mining projects, the Clean Water Act authorizes the EPA to comment on a project’s forecasted environmental impacts under a statute called 404(c). The statute authorizes the EPA to effectively veto those permits, through four levels of decisions called determinations, if it finds that mining activities — like dredging or waste disposal — would unequivocally harm the environment.

In this instance, Region 10 is withdrawing a 'proposed determination'—the second of the four determination levels, followed by 'recommended' and 'final' determinations. The agency has started the determination process 30 times, and issued final determinations only 13 times, since that power became available in 1972. None has occurred during the Trump administration.

"It's an extraordinary power — it's been sparingly used,” says Dennis McLerran, EPA Region 10 administrator during the Obama administration. “But one of the reasons that you would use it like we did in advance of [Pebble’s] permit application is so that somebody doesn't go out and spend billions of dollars when the agency has concluded that there are unacceptable impacts on the fishery ... under the experience of large-scale mining.”

Of the ways the EPA could go about its business, the 404(c) process stands out for its transparency and public input, especially through comment periods.

A poll conducted by the United Tribes of Bristol Bay last year showed broad regional opposition to the mine, which would be located in southwest Alaska, near the world’s largest sockeye salmon run. In 2017 alone, more than a million people wrote to the EPA during a comment period in support of maintaining a hard line on environmental protection. Bristol Bay produces more than 40% of all salmon in the state annually, and Seattle and greater Washington have significant investments in its seafood industry.

Pebble's mine would unearth billions of tons of gold, copper and molybdenum deposits — precious metals essential to much technology we use today — that PLP could mine for 20 years.

“The fact remains that the Pebble mine will devastate the world-class salmon runs of Bristol Bay," Collin O'Mara, president and CEO of the National Wildlife Federation, said in a statement. O'Mara is one of many advocates stressing the inherent importance of protecting pristine environments with great biodiversity, not to mention a $1.5 billion fishing industry. "Every scientific analysis shows that mining for gold and copper upstream of Bristol Bay would poison pristine waters, degrade wildlife habitat and shatter the way of life of local tribes and communities.”

According to McLerran, his office elected to block the mine after completing an extensive scientific review conducted at the behest of Alaska tribes.

Most tribes stridently oppose the EPA’s reversal. “The EPA’s arbitrary withdrawal of these protections for Bristol Bay that our tribes fought so long and hard for is just another example of the Trump administration working hand in hand with Pebble’s lobbyists and paving the way for this toxic project to destroy the world’s last great sockeye salmon fishery for the profit of a foreign mining company,” Alannah Hurley, executive director of the United Tribes of Bristol Bay, said in a public statement republished in Alaska Native News.

“The fact that the EPA would withdraw protections for Bristol Bay after the very same agency stated that the proposed Pebble mine could devastate our region makes no sense,” Bristol Bay Native Association CEO Ralph Andersen said in the same public statement. “This is unacceptable and a clear example of politics taking priority over science at the federal level. The people of Bristol Bay deserve more from the federal government.”

Leopold, the EPA general counsel, released a memo last week suggesting Region 10 will move authority over the mine to EPA’s D.C. headquarters through yet another statute, called 404(q). The statute comes into play when the Corps of Engineers and regional EPA offices arrive at an impasse regarding a project's impacts; regional offices can elevate decision-making power to their headquarters.

“Leopold’s letter suggests that it was Hladick’s decision, but I don’t think anybody believes that,” says Joel Reynolds, a Santa Monica, California-based lawyer with the Natural Resources Defense Council. While not currently engaged in lawsuits against the mine, he has directed the council's top Pebble Mine campaign for the past decade, and represented his organization as an intervenor in Pebble's federal Clean Water Act litigation against the EPA.

Hladick and Leopold explained their reasoning in a recent press release from Region 10.

“By withdrawing the 2014 Proposed Determination, which was issued preemptively and is now outdated, the agency can continue its focus on fulfilling its responsibilities under the Clean Water Act to work with the Army Corps to review the permit,” Hladick said in a public statement.

“Region 10’s decision restores the proper process for 404(c) determinations, eliminating a preemptive veto of a hypothetical mine and focusing EPA’s environmental review on an actual project before the Agency,” Leopold added.

Crosscut reached out to the EPA for further comment from Leopold and Hladick. Through a spokesperson, both men declined interviews.

Pebble blames its inability to attract large investors to its mine in part on its permitting woes, but the recent moves by the EPA have emboldened the company.

“Finally, this Administration has reversed the outrageous federal government overreach inflicted on the State of Alaska by the Obama Administration,” CEO Tom Collier said in a press release.

In order to complete the transfer of authority over Pebble mine, EPA Region 10 must submit a letter to the Army Corps committing to the position that the mine is still a unique danger to the environment, and requesting that the matter be elevated to each agency’s headquarters. Then, the matter passes to headquarters for final review. Leopold has requested an extension from the Corps of Engineers for the EPA to deliver its necessary memo.

“I think, bottom line, is that the process [of moving decision-making power to D.C. while removing Obama-era protections] takes it out of the public process and puts it sort of in a behind-closed-doors, headquarters-level discussion at the political level,” McLerran says. “I'm not inside the EPA anymore, but what I'm hearing from folks is the whole culture of the agency has diminished the role of the regions in this administration.”

According to the Army Corps’ website for the project, it estimates it will issue a final environmental impact statement in early 2020.

“I think we can conclude that the Trump administration is going to do whatever it can to advance this mine to permitting,” says Reynolds, the NRDC attorney. “[But] however optimistic the Pebble [Limited] Partnership may feel at this moment in time, under this administration, it’s important to recognize that subsequent administrations may see this very differently.”

Update: We added the words "federal Clean Water Act" in the 11th paragraph from the bottom to clarify which Pebble litigation Reynolds was involved in; and adjusted language to reflect that Bristol Bay produces not just 40%, but often more than 40% of Alaska's total annual salmon catch.