A reader asks: Why don’t more runners and cyclists wear masks? Should they? 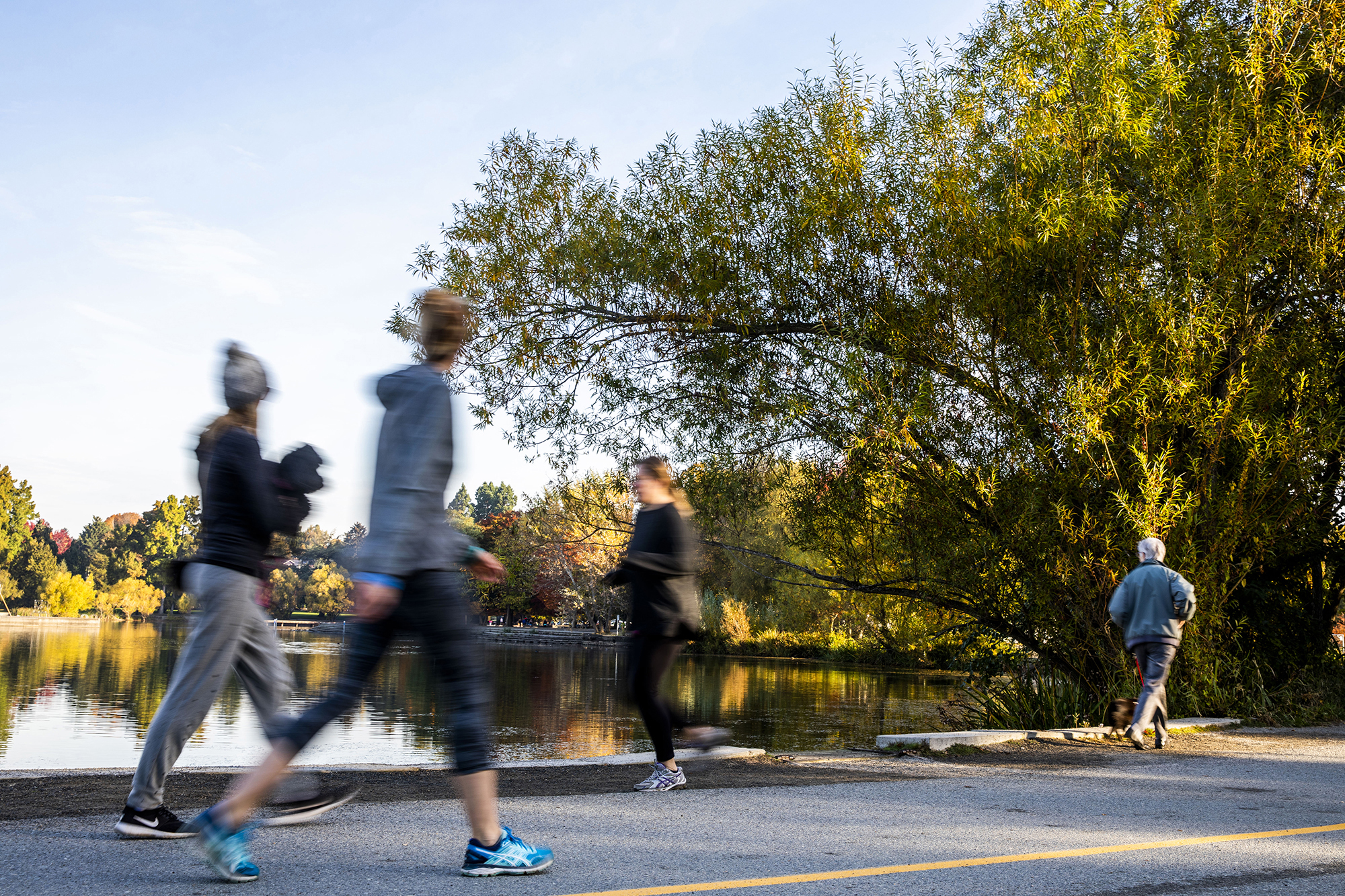 Bikers and joggers have been spotted around Seattle, exercising without masks. (Dorothy Edwards/Crosscut)

Question: Could you research/write about the tendency that many bike riders and joggers seem to have—to refrain from mask use? I guess they think they’re traveling so fast that their aerosols won’t matter, especially outside, but we’re like frightened rabbits.

Answering your two-part question as stated requires a power I don’t possess: mind-reading at population-level scale. And though I’ve long nursed a childhood dream that these abilities might manifest so I could grow up to found a boarding house for wayward mutants like myself, I’ve had no luck so far. (Wait, what are you thinking of right now? Is it oranges? No? Dang it.)

For the nearest answer to your first question, I must turn to my old friend Billy O. Runners and cyclists are likely refraining from mask use because they are uncomfortable and make it harder to breathe. Preliminary research indicates that wearing a mask can have an effect on exercise, increasing heart rate for the same relative amount of exertion. It’s probably not enough to cause anything but discomfort, though some people report feeling lightheaded or dizzy.

Now for the second half of your question, frightened rabbit: Outside, allow yourself to be a brave bunny. While we don’t know precisely how dangerous aerosol spread is outdoors, a general scientific consensus is emerging that exercising en plen air is much less likely to lead to transmission than indoors.

Breathing rates may double or even quadruple while engaging in cardio activity — but sunlight, humidity and air circulation seem to put the kibosh on coronavirus nonetheless. One study of 7,300 cases in China found only one connected to outdoor transmission. Not impossible, but so vanishingly low that it’s not worth quivering your nose at.

That doesn’t mean you shouldn’t be careful outside. Researchers think stopping and talking at less than 6 feet for a prolonged period of time would be the most likely means of outdoor transmission — as opposed to passing through the jet stream of invisible particles left in a runner’s wake. An exception: If you yourself are running or biking, it’s best to avoid doing so behind someone for an extended length of time, and try to keep a distance of 12-30 feet until you are able to switch paths.

Remember, brave bunnies: You have the most control over yourself. If you notice maskless runners and riders who aren’t giving you spatial consideration, remove yourself from their path or otherwise create space wherever possible. It might be annoying, but we’re all learning how to play this infuriating game of backward tag, and being aware of your place and doing your utmost to control it will always be your most reliable means of protection.

Whatever you do, don’t yell at mask-less people: Shouting can expel droplets in similar amounts as any heavy-breathing runner, thus darkening thine own kettle.

But now some words for the big bad runners and cyclists out there (which is kind of everyone now). Please consider wearing a mask, or carry one to wear as you approach others. Cloth masks offer the best compromise between comfort and protection (paper masks quickly become soaked and useless; gaiters might be slightly less effective but they are not the scourge they were recently reported to be).

Wearing masks is a way to signal that you care about everyone’s health, and models a civic commitment to slowing this awful pandemic, even when it causes us significant discomfort. Give everyone you see 12 feet or more, even if it means a bit of parked-car parkour or divider dog-doo dodging. You don’t have to read minds to know it’ll help put your fellow citizens at ease.