Tom Carpenter, a whistleblower attorney and longtime executive director of Hanford Challenge, at his home in Seattle on April 25, 2022. (Jovelle Tamayo for Crosscut)

Washington Highway 240 bisects the Hanford Nuclear Reservation. It’s a desolate two-lane blacktop through the gently rolling sagebrush, with a massive, treeless ridge to the west and a clump of rectangular brown Hanford buildings in the distance to the east.

Tom Carpenter, then a 30-something whistleblower lawyer from Washington, D.C., and Seattle, drove the highway for the first time in about 1988. Curious, he looked at the nondescript buildings in the distance — Hanford’s battleship-sized chemical processing plants — stopped his car, got out and took some photos.

A helicopter popped up and circled above him. As he drove off, a gray van with black-tinted windows followed for a while.

“I knew at that point: This is gonna be fun,” Carpenter recalled.

More than 30 years later, on April 1, Carpenter, now 65, stepped down as executive director of Hanford Challenge, one of the leading watchdog organizations keeping tabs on what is arguably the most radioactively and chemically contaminated spot in the Western Hemisphere.

He and Marina King, his wife of 38 years and an artist and retired historical  preservationist, plan to move to Anacortes. They have two children — Zoe who is studying to become a social worker in Buenos Aires, and Sam, a Western Washington University graduate studying coding in Seattle. Carpenter plays guitar, reads and hikes for fun, but he still will keep a hand in his watchdog work.

Deputy director Nikolas Peterson is taking over the six-person Seattle-based nonprofit’s operation, while Carpenter will stay on as a consultant and concentrate on projects. 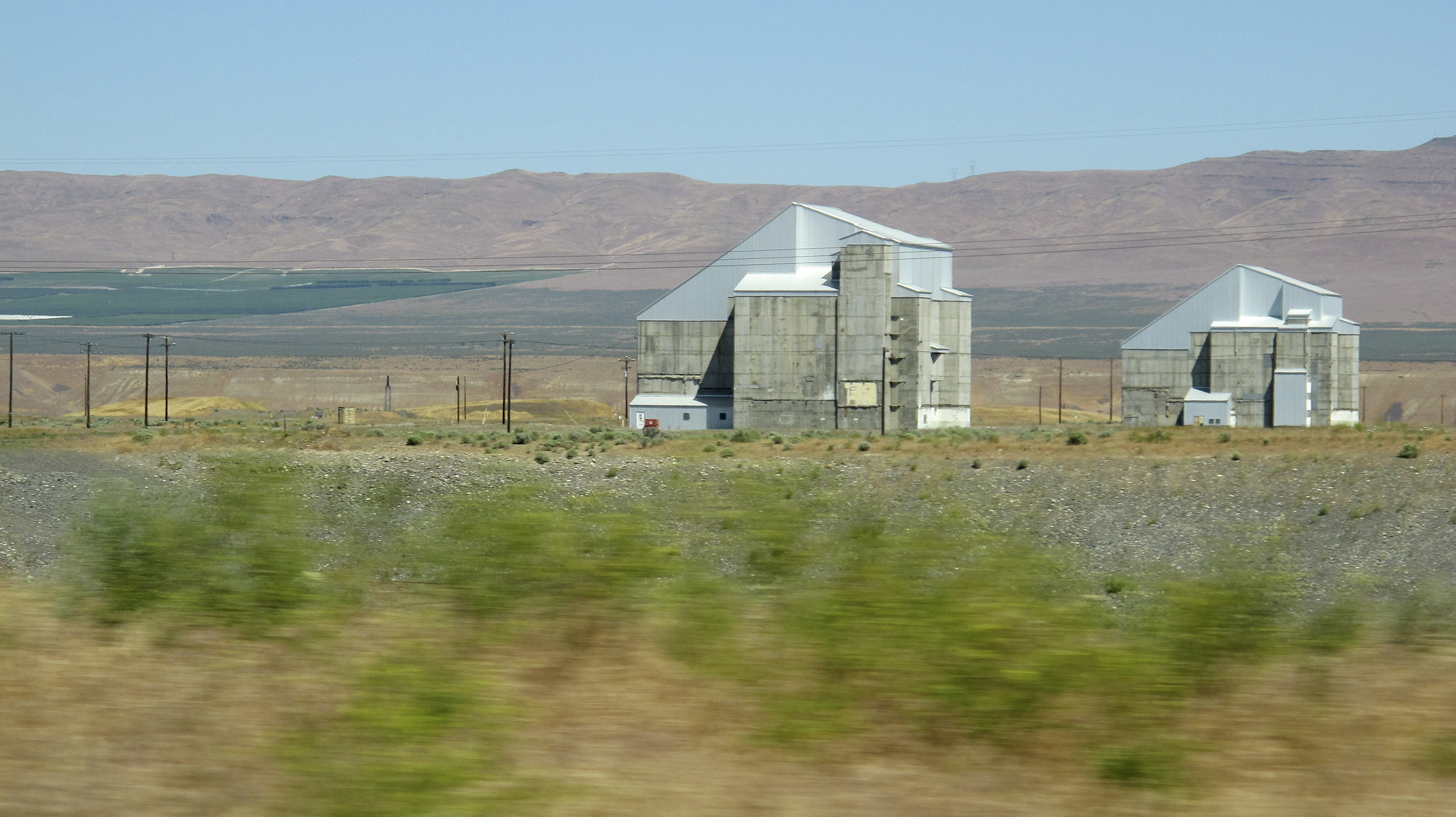 “I’ll probably end up doing deep dives on issues we care about,” said Carpenter, who had found more and more of his time taken up by administrative matters.

Washington state Attorney General Bob Ferguson first met Carpenter at the beginning of his first term in 2013. Something about Carpenter clicked with Ferguson, whose office sometimes partnered with Hanford Challenge on litigation, which is not a common practice between the Attorney General’s Office and a nonprofit watchdog organization.

“I just felt we should. … It has been a partnership throughout my time as attorney general,” Ferguson said.

Ferguson said his office’s litigators — while good at their jobs — sometimes become narrowly focused on legal issues, while Carpenter brought a broader perspective.

“His greatest strength: He understands the human impact of what is happening at Hanford,” Ferguson said.

Hanford Challenge joined the state in a lawsuit against the U.S. Department of Energy — filed in 2015 and settled in 2018 — over workers exposed to toxic vapors from Hanford’s underground radioactive waste tanks.  Ferguson said Carpenter helped his office to build a rapport with the workers on whose behalf the state filed the lawsuit.

Ferguson described Carpenter as an attorney who knew when to pursue a matter and when an issue did not reach the need for litigation. Meanwhile, Carpenter was not afraid to clash with anyone, including the Attorney General’s Office, when he felt that was the right action. “Tom would press me when he felt it was appropriate. … I trusted his judgment when he called me; I knew it was important,” Ferguson said.

“He was one of the most constructive guys at the table — nobody more honorable than Tom Carpenter,” said Jon Brock, a retired University of Washington public policy professor and former head of the Hanford Joint Council, which handled numerous Hanford worker disputes.

Hanford Challenge, Heart of America Northwest and Columbia Riverkeeper have been the longest-running and leading Hanford watchdog organizations in the Northwest. At the accountability project and Hanford Challenge, Carpenter estimated he has handled about 80 Hanford whistleblower cases.

Created in World War II, Hanford produced plutonium for two of the first three atomic bombs created during World War II, as well as for the American nuclear arsenal through the late 1980s, when it shut down because of a combination of the disaster at Chernobyl and the winding down of the Cold War. The site is a huge collection of defunct reactors and chemical processing plants, at least 400 billion gallons of contaminated fluids in the ground and 56 million gallons of highly radioactive wastes in 177 underground tanks.

Cleanup progress has had its ups and downs. Numerous projects have run into problems. And the Department of Energy and its contractors periodically sweep troubles under the carpet, in part because of budget and deadline pressures. Sometimes, Hanford has been a publicly transparent site, but not always. The Energy Department is currently in a close-mouthed mode about its work at Hanford.

Whistleblowers have sprouted up throughout Hanford’s 3½ decades of cleanup, frequently unveiling secrets that management wants to hide.

When Carpenter began visiting Hanford whistleblowers at their homes in the 1980s and early 1990s, private security agents would park outside during his visits. One Hanford employee confessed to Carpenter that he was pressured by the site’s security people to spy on a whistleblower friend.

Changes came during President Bill Clinton’s administration with then-Energy Secretary Hazel O’Leary. “She loved whistleblowers. She wanted them embraced,” Carpenter said. The openness of the Clinton years was reversed by the George W. Bush administration, he said, adding nonresponsiveness to Hanford Challenge and other watchdog organizations has persisted since then.

Carpenter’s cases over the past 35 years include several instances of *apparent retaliation against whistleblowers for bringing up safety concerns at Hanford’s underground waste tanks. He has also worked with pipefitters who were laid off after questioning unsafe practices that involved hydraulics threatening to burst pipes at dangerous pressures. And he worked with Hanford workers being exposed to beryllium, which can lead to lung problems.

Gerald Pollet, executive director since the late 1980s of the Hanford watchdog organization Heart of America Northwest, said Carpenter was an extremely effective whistleblower advocate for the first 10 years of the site’s cleanup. “At that time, there was nothing but retaliation for everyone who said there was a risk [at Hanford],” Pollet said. He declined to comment on Carpenter’s effectiveness in the 21st century.

Carpenter’s toughest case began 12 years ago, involving Hanford’s often-delayed plan to convert the wastes in underground tanks into benign glass logs. The first portion of the actual glassification is supposed to begin in late 2023. The most-radioactive wastes are expected to begin glassification sometime in the 2030s, with the entire project expected to finish in 2069.

In 2010, Walt Tamosaitis, a senior manager at a subcontractor designing the pretreatment plant, alerted his superiors at lead contractor Bechtel to a risk of hydrogen gas explosions that could bend and burst pipes in the plant, spraying radioactive fluids. He also pointed out that radioactive sludge could clog the pipes and tanks in the plant, increasing the chance of uncontrolled releases of radiation. And he raised the issue of corrosion causing leaks in the pretreatment plant. Some other Hanford middle managers raised the same alarms.

Tamosaitis’ superiors told the Energy Department that the design problems concerning glassification were fixed as of July 1, 2010 — that message came despite the protests of Tamosaitis and the other middle-level managers, but was conveyed in time for Bechtel to collect a $5 million bonus from the department. For raising the alarm, Tamosaitis was demoted and exiled to a less significant offsite job. He eventually reached a $4.1 million settlement with Bechtel. The other middle managers raising concerns were chewed out by superiors.

In 2011 and 2012, two federal agencies independent of the Energy Department confirmed most of the whistleblowers’ concerns. In 2015, the department announced more delays in the glassfication project beyond the legal deadlines, citing the same issues Tamosaitis and others identified in 2010.

Carpenter is also proud of his participation in the creation and running of the Hanford Joint Council, which handled worker-management disputes for Hanford’s contractors. It ran from 1994 to 2018, with a three-year hiatus during that time when one of the private contractors decided not to participate. Under this concept, workers, Hanford Challenge, the management of contractors and other parties agreed to mediate worker and management disputes to avoid major lawsuits.

The council got off to a shaky beginning because the Energy Department’s attorneys and some of the contractors’ top brass did not trust Carpenter and his role as an attorney for the  whistleblowers.  They also pigeonholed whistleblowers as merely chronic complainers. said Brock, the former head of the council. “People thought we were the devil incarnate," he  said.

Ultimately, the joint council handled roughly 100 cases, with maybe 10 involving settlements of $25,000 or more, Brock said. He credited Carpenter as a major reason why the concept worked well in resolving numerous potential litigation matters between upper management and the lower ranks at Hanford.

“Carpenter was totally helpful, totally reasonable. He always played it straight,” Brock said. “People who said they would never sit in the same room with him come to respect him.”

Carpenter noted he has made enemies at Hanford and the Tri-Cities over the years — especially since he and other watchdog groups successfully opposed a popular local effort to revive a dormant Hanford research reactor in the 1990s that could not find enough missions to economically justify its resurrection. One of those potential missions was to make tritium to add extra oomph to hydrogen bombs, which sparked the watchdog groups’ opposition.

“I figured if some people liked me and got along with me, I’m not doing my job,” Carpenter said.