Why Black therapists are hard to find in WA

People hoping to find a Black therapist who can empathize with their experiences may come up short in their search. 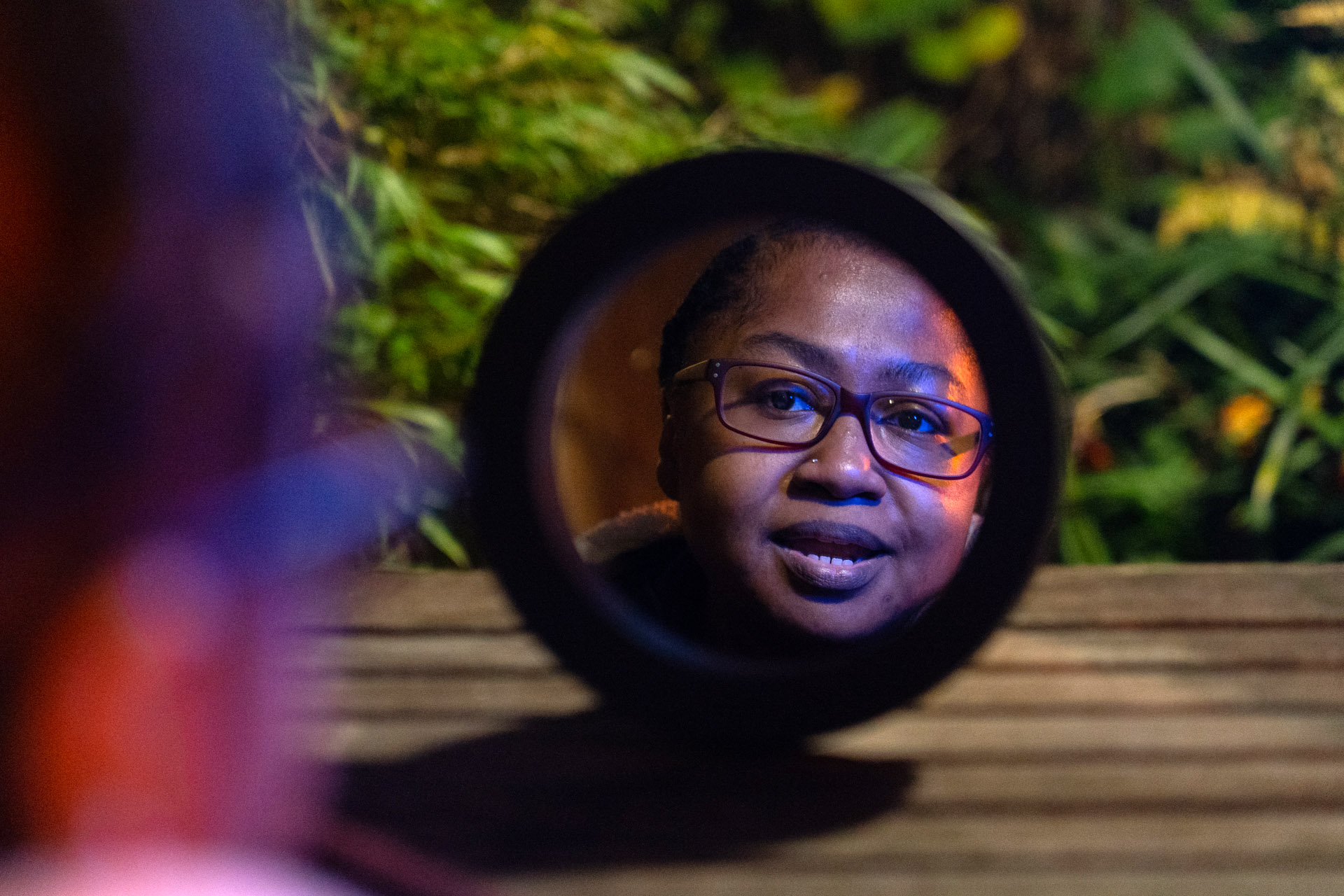 Jamila McDaniel poses for a portrait outside her home in Seattle, Nov. 19, 2021. (Chloe Collyer for Crosscut)

Jasmine Pettway finally has a Black therapist. All she has to do is pay for her sessions out of pocket.

Pettway, who is Black, began to look for a mental health provider in the middle of 2021. A racial incident a few years back left her anxious and in search of a therapist who identified as a Black woman, but her quest to find someone her insurance would cover was unsuccessful.

This year has been an adjustment period for Pettway, 28, who moved to Seattle in October 2020. She started working on a virtual internship in early 2021 that felt corporate. Fast-paced. White. She eventually tracked down a few possible therapists and got set up with one.

“I wanted someone that I knew would understand what I mean when I’m like, ‘I’m anxious when I’m outside because I feel like everyone’s staring at me,’ ” she said. “It’s nice to know, right, that you aren’t being gaslit.”

Pettway entered therapy as Americans continued to navigate a period characterized by political unrest and a devastating pandemic. More than 60% of adults reported COVID-19 had negatively impacted their mental health, according to a 2020 survey by the Kaiser Family Foundation and ESPN’s The Undefeated on race and health. However, a greater share of Black participants in the survey were more likely to describe the impact as “major,” compared with white respondents. Black Americans also experienced relatively high levels of anger, sadness, depression and anxiety in the week following George Floyd’s death, according to data from two surveys.

As a result, some Black Americans may seek therapy from a person who understands what they are going through. But, like Pettway, they also can struggle to find a mental health provider of the same race. Black people made up 3% of the psychology workforce in 2019, while accounting for more than 13% of the American public, according to census data.

Once Pettway connected with her therapist, she tried to figure out how to get reimbursed for the services through her insurance. That turned out to be complicated, so she’s paying the full price for therapy. For Pettway, the cost is worth every penny, if it means she gets to talk to someone who looks like her 一 an experience not always granted to Black Americans.

Having a therapist of a shared race may make it easier for clients to be vulnerable, said Santana White, who works in community mental health and operates a private practice. Marginalized communities, she said, do not always get this opportunity.

“We always have to be on at all times,” she said. “But when you are sitting across from someone who understands what it is to be in your shoes, at least to a certain degree, it allows a safety net that you wouldn’t get with someone else.”

From 2009 to 2019, white people made up more than 80% of the U.S. psychology workforce. During the pandemic, psychologists who identify as a racial or ethnic minority saw more patients who also identified as minorities, compared with white psychologists, according to data from the American Psychological Association’s  COVID-19 Telehealth Practitioner Surveys.

Ashley McGirt, a Black therapist who specializes in addressing topics like racial trauma, knows people who have had horrific experiences with non-Black therapists, but these encounters do not always come down to race: She also has clients who have faced the same issues with Black therapists.

McGirt, who founded the Washington Therapy Fund to grant free therapy to members of the Black community, urged people to have conversations with their clinicians if something does not feel right and, if needed, try other therapists until they find the right match.

Although McGirt grew up wanting to be a lawyer, the death of her grandmother led her to therapy with a non-Black counselor, who generally did not understand her experience. Representation, McGirt said, can influence how a person heals.

“It’s really profound,” she said, “to be able to walk in the room and know that somebody reflects you.” 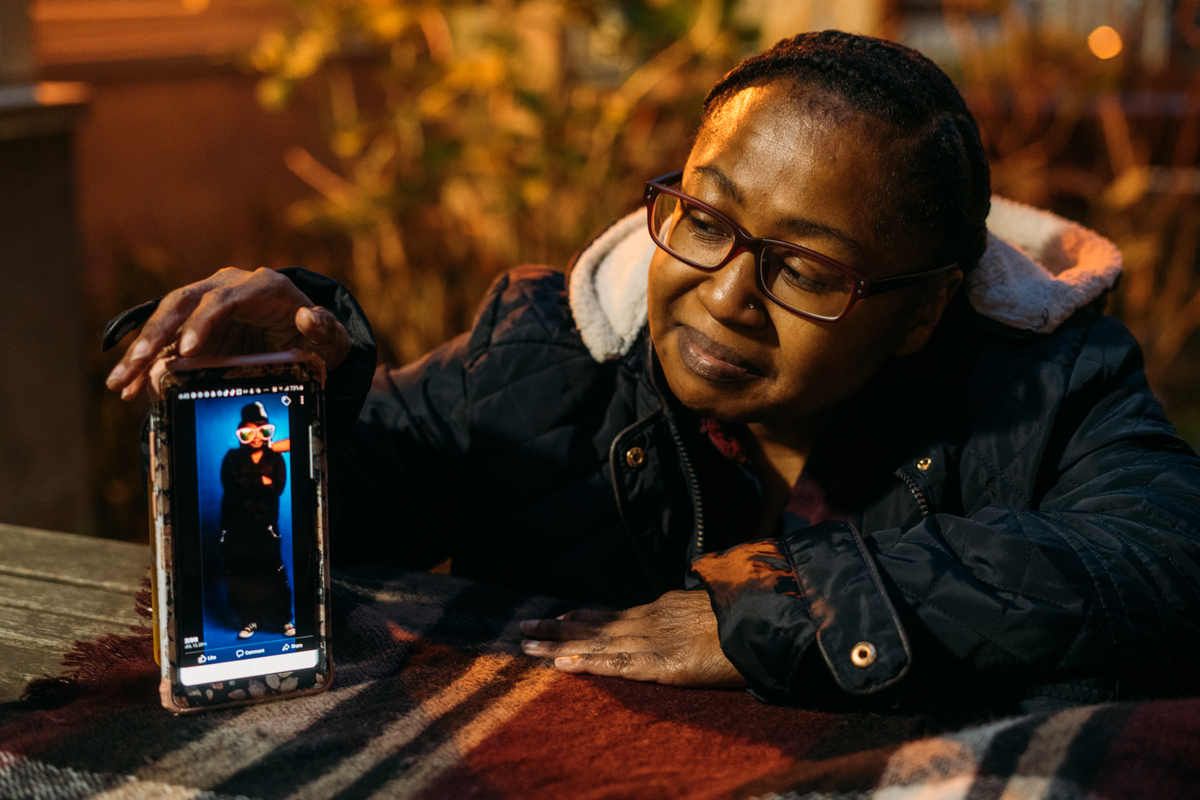 Jamila McDaniel poses for a portrait holding a favorite photo of her departed sister. McDaniel lost her sister to suicide, an event that has affected McDaniel’s mental health. (Chloe Collyer for Crosscut)

Jamila McDaniel poses for a portrait holding a favorite photo of her departed sister. McDaniel lost her sister to suicide, an event that has affected McDaniel’s mental health. (Chloe Collyer for Crosscut)

Jamila McDaniel currently has a Black therapist, but has seen white mental health providers in the past.

“Which is cool, no problem,” said McDaniel, who is Black. “But sometimes I feel that, you know, with the issues that I have going on, they possibly cannot fully relate.”

Her time was brief with the therapists who often left to open private practices. McDaniel wanted to find someone she could connect and grow with. Insurance, as was the case with Pettway, complicated her search.

McDaniel, who struggled to find a therapist of color accepting her state-funded insurance coverage, wished she could have access to more mental health providers.

“So that, you know, you’re not feeling like, Oh, I have to get this basic treatment because this is what my insurance pays for,” she said.

Adults who identified as Black or Hispanic were more likely to have public health coverage, while those who identified as white or Asian adults were more likely to have private coverage,  according to an early release of estimates from the 2020 National Health Interview Survey. Examples of public health coverage include Medicaid, Medicare, military plans and state-sponsored health plans.

The American Psychological Association commissioned an analysis that projected the national demand for psychologists to increase by 11% within the Black population between 2015 and 2030.

“I would say the No. 1 pull that gets a lot of clients in for a consultation with me is because I am an African American,” said White, the therapist who works in community health and has a private practice. “I think the second thing is insurance. And then lastly, the ones that stay, they stay because of the skillset that I provide.”

In her experience, a good portion of her clients who identify as minorities are insured through Apple Health, Washington’s Medicaid program. She accepts Apple Health patients, but she said many of the nonwhite counselors she knows of do not.

“The tricky part with insurance I think a lot of people aren't aware of unless you're in the field is that state insurance historically has paid way lower than private insurance,” she said.

Nedra Robertson, who lives in Lacey, is working toward her master’s degree in counseling. Part of her program requires her to see a therapist. She wanted to connect with someone who was Black, like herself, but she struggled to find one in the area. She finally landed on a therapist, who was planning to go on maternity leave. Instead of finding another provider, Robertson waited for five months until her therapist returned to work.

Robertson also sees clients, including a lot of adolescents, as part of her master’s program. She notices a difference when a client realizes she is Black.

“The communication changes, I feel like they relax a little bit more; maybe that’s just my perception,” she said. “They recognize, ‘Oh my goodness, your face looks like mine.’ ”

Beyond therapy, Black, Indigenous and people of color can attend a weekly support group centered on mental health available through the Seattle and south King County branches of the National Alliance on Mental Illness.

Lisa Moore, who is Black and facilitates the group, hears people say they do not think a white therapist will be able to understand them or their burden. It’s OK to keep options open, but she encourages people to go with a good fit when they find one, so they can at least work on some of the issues they are coming up against.