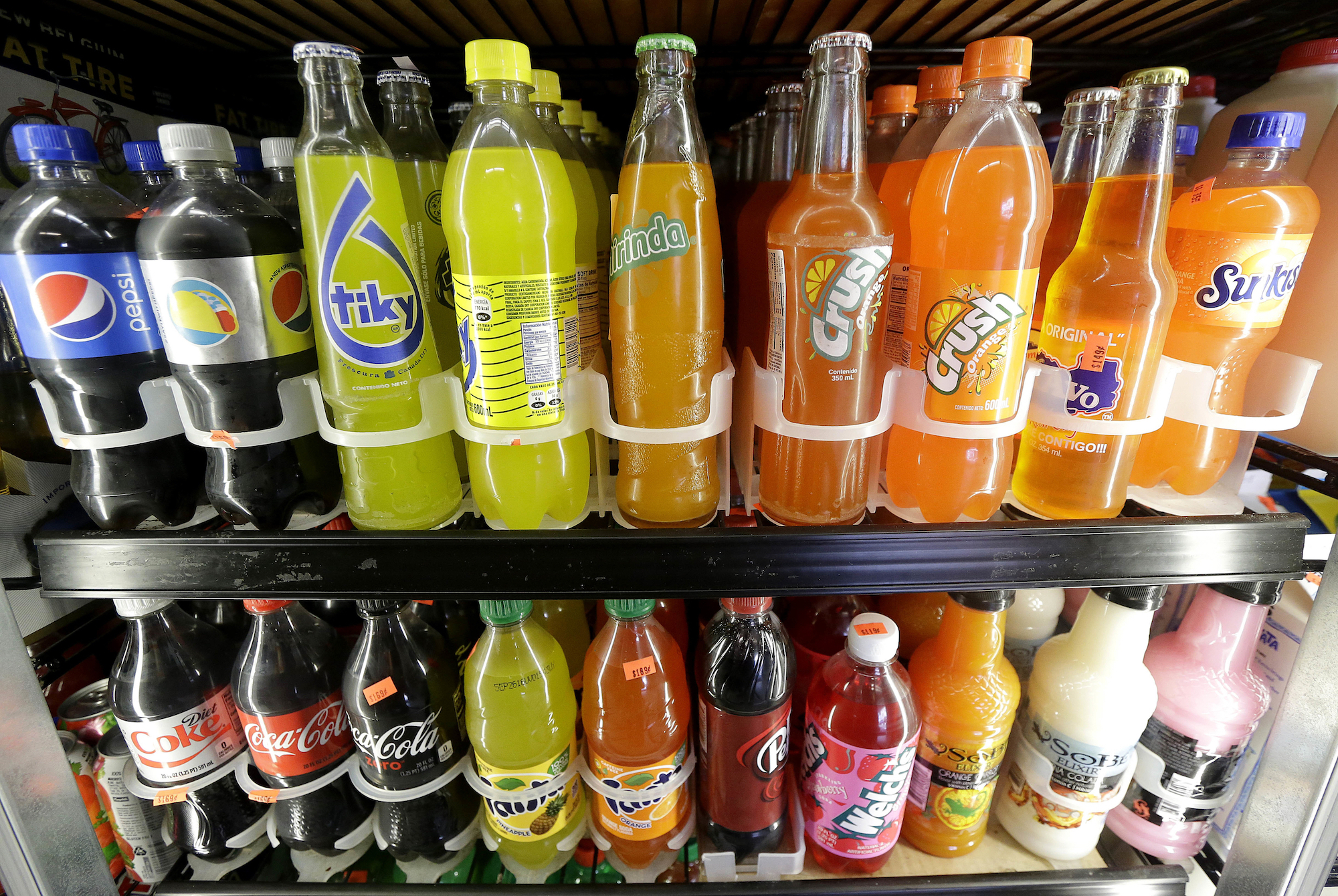 Soft drink and soda bottles are displayed in a refrigerator at El Ahorro market in San Francisco, California on Sept. 21, 2016. (AP Photo/Jeff Chiu)

Despite fierce and deeply funded opposition to the tune of more than $30 million from the beverage industry, eight cities — from Philadelphia and Boulder to Seattle and San Francisco — have successfully levied taxes on sugar-sweetened beverages.

Soda and other sugar-sweetened beverages are the leading source of added sugar in U.S. diets and are associated with diabetes, obesity, cardiovascular disease and early death. Through taxes that average 1 to 2 cents per ounce, which are levied against distributors and passed on to consumers 70% of the time, these taxes have so far successfully increased prices and ultimately reduced demand for sugary drinks without industry job loss.

While researchers are still waiting to see whether or not these taxes will have an impact on these critical public health outcomes, soda taxes are already making an impact in another area: equitable programmatic spending of the revenue they bring in.

“When we set out to do this study, there was already a fair amount of research that has evaluated the effects of sugary drink taxes,” explains University of Washington epidemiologist Jim Krieger, one of the study authors and previously a co-chair of Seattle’s Sweetened Beverage Tax Community Advisory Board. Like tobacco taxes, raising the price of unhealthy products leads to a decrease in consumption and, hopefully, better health outcomes.

“As the [sweetened beverage taxes] started and became more prominent, the other side of the equation became more and more interesting,” Krieger notes. “Taxes raise revenues. If they’re invested properly, they can provide a way to further public health and community health goals.”

But that all depends on what the revenue from these taxes is spent on. So, Krieger and his colleagues set out to find out whether or not these taxes are fair.

First, they looked at spending. Because sweetened beverage taxes are flat taxes like sales taxes — everyone pays the same amount regardless of income, property ownership or other variables — the first question was if these taxes place an unfair burden on low-income people.

More importantly, though, the researchers found that, while low-income households pay a higher percentage of their income on these taxes, they’re also the primary recipients of the revenues that sugary beverage taxes produce. This means that while people across income levels are spending the same amount of money on these taxes, low-income households are benefiting most from them.

“We looked at revenue allocations in each city, line item by line item, to see what kinds of programs were being invested in or funded and who benefited from them,” Krieger explains. They examined whether or not a given program was restricted to people with lower incomes and whether or not a program operated predominantly in low-income neighborhoods. “When we looked at that, in all three cities there was essentially a transfer for tax money from higher-income households to lower-income households. In every city, lower-income households got more back in benefits than they paid out in taxes,” he adds.

“The bottom line is that … because of the way revenues are allocated, they provide financial benefits to low-income households. By that definition, they’re a progressive tax policy because they shift resources from higher income households to lower income ones.”

It’s that promise that helped Philadelphia’s current mayoral administration successfully pass a sugary beverage tax after two previously failed attempts. Jim Engler, the chief of staff for Philadelphia Mayor Jim Kenney, explains that policymakers tied the messaging of the tax to not only health benefits, but the funding benefits it would produce for early childhood education in the form of community schools and pre-kindergarten.

“We’re launching three new community schools this year from zip codes that have high rates of gun violence, out-of-home child welfare placement, and low school attendance,” Engler says. “We’re also targeting low-income zip codes for our pre-K program — 85% of the kids in our program are non-white and 71% are living at 300% below the poverty line.”

Naturally, the key to ensuring such programmatic benefits is tax revenue dedication, or the earmarking of tax revenues for specific programs. Christina Wong, the public policy and advocacy director for the Washington food justice organization Northwest Harvest, explains that community feedback and ensuring that the group had a clear mission and value set to work from was key to getting to the equity that Seattle’s beverage tax enjoys today.

“We worked to quickly build out a survey to do a temperature check of the organizations involved with the [committee] so we could reach out and get some input [from them],” says Wong, who was also co-chair of Seattle’s soda tax advisory board with Krieger before transitioning to a regular seat. On the values front, “a key value was balancing the expertise [of research] with … what the community says” through listening sessions, for example.

One of the funding outcomes has been supporting Seattle’s Fresh Bucks program that helps lower-income people buy more fruit and vegetables at grocery stores and farmers markets. More than 12,000 Seattle households enrolled in the program receive $40 or more to spend on fruits and vegetables; most of these low-income households are people of color or undocumented immigrants.

Researchers say they hope other cities interested in implementing sweetened beverage taxes will look at what these three cities have done to ensure the tax revenue is being invested into communities that have faced disproportionate health effects of these sugary drinks.

This story was republished from NextCity, a nonprofit news site that amplifies solutions to the problems that oppress people in cities. It is reprinted here with permission.

Cinnamon Janzer is a freelance journalist based in Minneapolis. Her work has appeared in National Geographic, U.S. News & World Report, Rewire.news, and more.