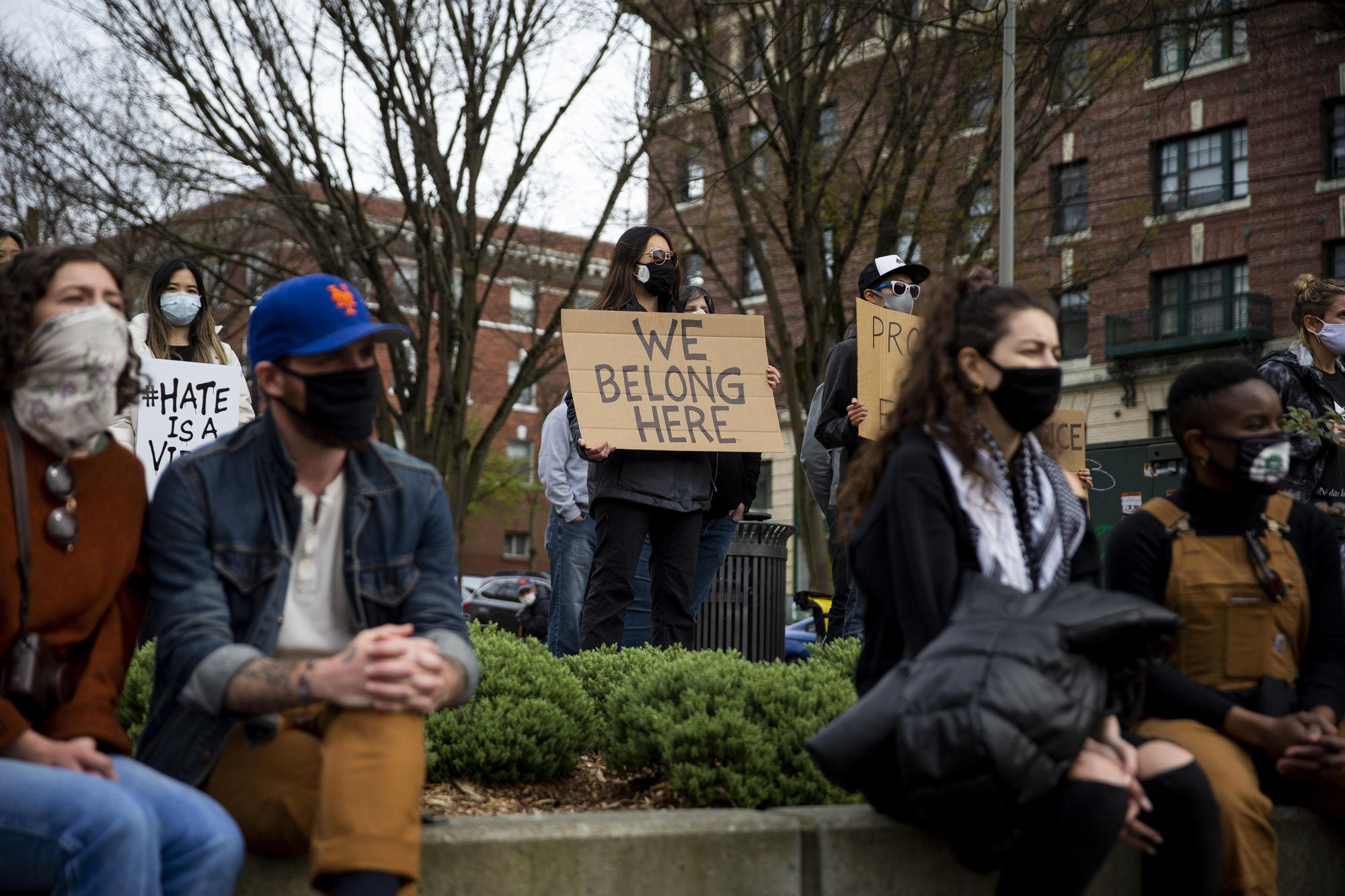 In 2020, 526 hate crimes were reported in Washington, according to FBI reports. According to the Department of Justice, more than half of hate crimes are not reported, meaning that number is likely much lower than the number of actual hate crimes statewide.

A King County Council proposal, up for a vote on Tuesday, focuses on getting more people to report hate crimes by expanding ways they can report outside of law enforcement. If approved, a workgroup of county agencies and local anti-hate groups would convene to work on this challenge and bring its recommendations back to the council by May 3, 2023.

In the plan, sponsored by Councilmember Reagan Dunn, this workgroup would develop a hotline and online reporting system and build an awareness campaign, aiming to remove barriers to reporting hate crimes so that the county can better understand hate-crime patterns and deliver more resources to combat them.

Victims of hate crimes already have two options: filing a police report or reaching out to a local nonprofit for assistance, but they may not know what qualifies as a hate crime or about options outside of law enforcement.

“People will experience hate incidents and they will just let it go,” said Imraan Siddiqi, executive director of the Council on American-Islamic Relations, which advocates for Muslims in Washington.

Sometimes the problem is victims blaming themselves instead of recognizing the crime or not knowing their rights after the incident, he said. Other times fear of police inaction, the attention of becoming front-page news or how their immigration status will be affected discourage reporting. Additionally, Black or brown people may not want to involve a justice system that already predominantly incarcerates people who look like them.

That is why anti-hate groups like CAIR-WA work to educate and build relationships with Muslims across the state. After addressing fears and misunderstandings to make people feel safe reporting to CAIR-WA, the organization’s advocates work with people discreetly to decide what further action to take — documenting incidents without involving the police or standing by as support when the police do get involved.

Yet many of the crimes CAIR-WA addresses are not reflected in FBI statistics even with law enforcement involvement. That is both because not all law enforcement agencies report federally and because the high threshold required to prove a crime is motivated by bias. As a result, Siddiqi said, groups like CAIR-WA are “at a little bit of a disadvantage” in advocating for resources for a problem that they know is bigger than what the FBI reports.

He sees the county council’s proposal to partner with anti-hate nonprofits and community groups as “a positive development.” Siddiqi noted, however, that CAIR-WA was not involved in putting together the county’s proposal. CAIR-WA leadership still hopes that it will help victims to move away from FBI statistics toward awareness and resources for non-police options.

Many organizations are doing good work, Dunn said, but it “takes a long time to figure out who to call” if not the police. Dunn sees this proposal as a starting point to draw together the many organizations working to document hate crimes to make non-police options more accessible.

The King County Prosecutor’s Office, which has filed 96 hate-crime reports since January 2020 and would be part of the county council’s workgroup if the plan is approved, also supports the council allocating more resources toward reporting hate crimes, spokesperson Casey McNerthney said. The office has seen that with more officers and prosecutors devoted to hate crime, there is more hate-crime reporting. Having witnessed and prosecuted an increased level of crime, particularly anti-Black crime, putting resources into trusted organizations to guide people toward reporting incidents to the police could be helpful, the county prosecutor’s representative said.

The county council’s Law and Justice Committee first voted on the proposal last August. It went back to committee, this time the Law, Justice, Health, and Human Services Committee, and was voted out again on Aug. 30. It returned to committee based on the Coalition Against Hate and Bias’s input. The King County-based, six-group coalition would help lead the county’s proposed workgroup. It formed in mid-2020 in response to a number of violent incidents, including George Floyd’s murder by Minneapolis police and an increase in violence against Asian Americans and Pacific Islanders during COVID-19. The coalition recorded over 542 incidents in King County over the past two years, according to their Hate and Bias Incident Response Survey.

Debbie Lacy, a coalition member and founder of Eastside for All, also said she had hoped her organization would be more involved in drafting the county council’s proposal, given their close work with those hurt by hate crimes. Eastside for All relies on partnerships with other anti-hate organizations whose advocates have more expertise within different racial and ethnic groups to better serve those impacted by bias incidents.

Instead, Councilmember Dunn said he and his office drafted the legislation, then brought in stakeholders before taking the proposal to the county council.

“It had to start somewhere,” Dunn said. This proposal started as an idea at a press conference in Renton with Gov. Jay Inslee not long after Floyd’s murder in May 2020. Dunn was inspired to draft the proposal after hearing the story of a woman who said she’d received no response from the county prosecutor’s office when she called to report the hate crime she’d experienced. Dunn said he is eager to continue working with the coalition to make sure this proposal is “really designed to be a victim-centered service.”

If the plan passes, advertising a hate-crime-report hotline unaffiliated with law enforcement on buses and billboards could provide results. Dunn said he’s previously seen success in his work to create a hotline and public awareness campaign about sex trafficking.

Stephen Paolini, associate regional director of the Anti-Defamation League’s Pacific Northwest division, said it is important to address skyrocketing hate crimes, but the real test will be building credibility with a wide range of people and organizations. “Proof comes down to implementation,” he said. Paolini cited the Oregon Department of Justice’s Bias Report Hotline, which started in January 2020, as a great model. That system connects victims to partner organizations like the ADL while also addressing the psychological and financial repercussions that follow hate incidents.