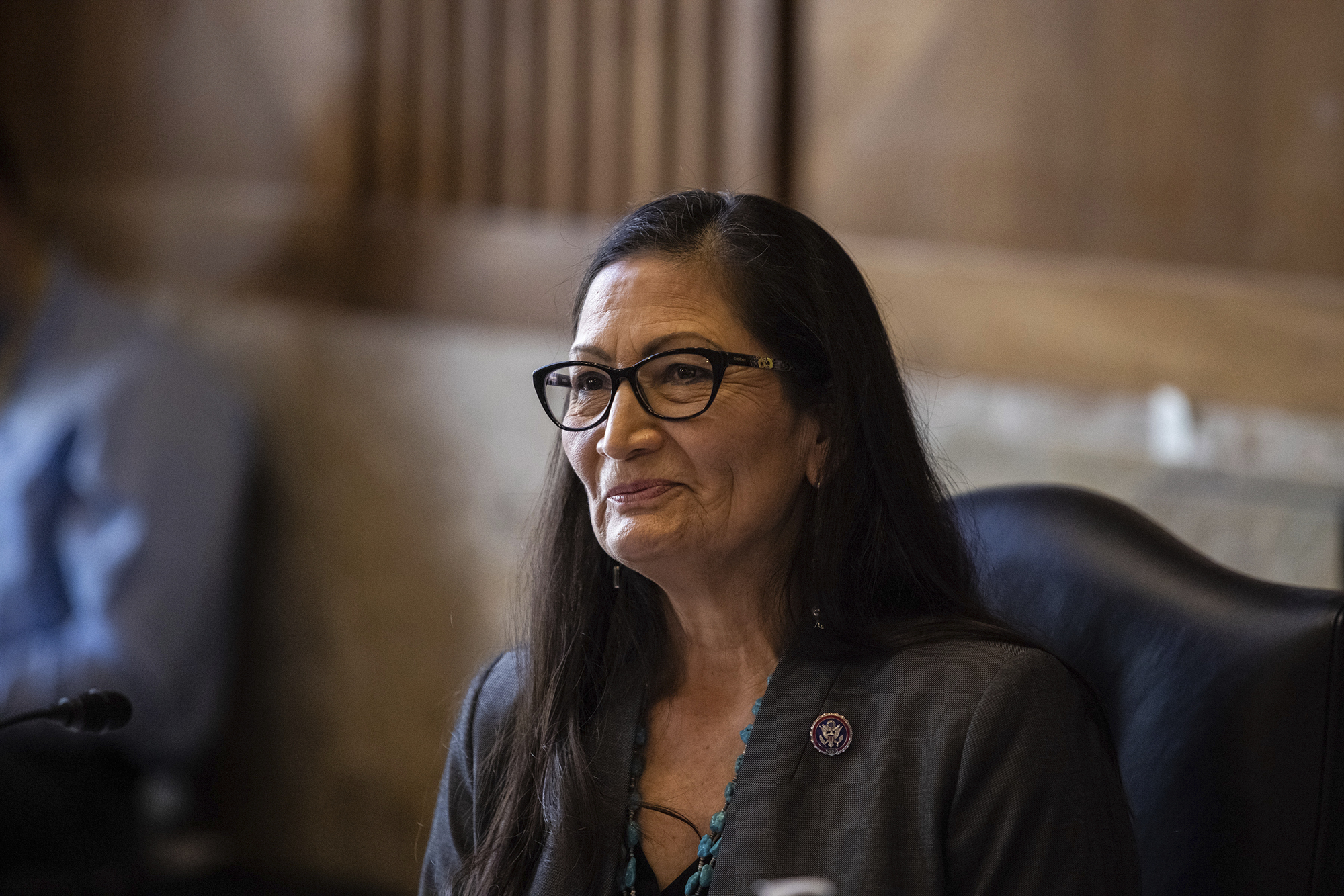 Rep. Deb Haaland, D-N.M., listens during a Senate Committee on Energy and Natural Resources hearing on her nomination to be Interior Secretary, Tuesday, Feb. 23, 2021 on Capitol Hill in Washington. (Graeme Jennings/Pool via AP)

I remember the last time I met with Deb Haaland.

It was November of 2019. A group of Snoqualmie tribal leaders had traveled to Washington, D.C., to meet with the Bureau of Indian Affairs, the agency within the Department of the Interior tasked with managing millions of acres of land held in trust by the federal government for American Indian tribes.

For nearly five years, the Snoqualmie Tribe had fought to have the BIA approve a “fee-to-trust application,” which is a change in classification for land already under a tribe’s ownership. Forced by bureaucratic inaction to travel 3,000 miles to visit BIA officials in person, we were greeted with a sign-in sheet for the wrong tribe and an entirely different meeting.

Given the apparent indifferent and interchangeable treatment tribes receive from BIA, it is unsurprising that we made no progress in our meeting. Our unaccountable bureaucratic “trustees” made excuses as to why they couldn’t sign off — a disappointing, albeit predictable, outcome, as this was not the first time our tribe’s leadership traveled across the continent only to experience firsthand the Interior Department’s systemic incompatibility with our tribe’s needs and the federal government’s responsibilities to us.

But there was a silver lining.

After our frustrating and dispiriting meeting with the BIA, we visited with then-New Mexico Congresswoman and citizen of the Laguna Pueblo Deb Haaland. When I walked into her office, I saw a blanket draped over her couch that instantly assured me I was in the right place. It was the “Renewal” blanket created by Indigenous artist Sarah Agaton Hoews (Anishinaabe) and produced by the Snoqualmie Tribe’s own company, Eighth Generation.

Representation matters, especially in that moment. I felt betrayed and let down by the very agency tasked with ensuring that tribal rights and treaties are upheld for what they are: the supreme law of the land. After navigating U.S. Capitol buildings decorated with art celebrating colonialism and the conquest of our lands and people, being welcomed in Haaland’s office felt like home. The blanket on her couch reminded me of what fuels Snoqualmie and all Native people — the need to honor our ancestors and to persevere and fight for the generations to come.

As we met with Haaland and explained what we had just experienced, it became clear the disrespect and neglect the Snoqualmie Tribe received from Interior was not new to her, nor unique to Snoqualmie.

Today, Haaland is in a new position, one that has the potential to transform the culture of the department. Everyone understands that her appointment and confirmation as secretary of the Interior is historic because she is the first Indigenous cabinet secretary. Less understood is just why her appointment as secretary of the Interior in particular is so historic. It’s because she is the first direct constituent of the department to run it. As a Native American, and as an Indigenous person more broadly, Haaland is a member of the only segment of the American population whose lives are impacted on a daily basis by the Interior Department, from health to education to safety to our ability to exercise our religious rights.

Let me explain what I mean.

Most Americans know Interior to be a vast department focused on the management of land and the use of its natural resources and animal populations, not people. Agencies contained within the department, like the Bureau of Land Management and the Bureau of Reclamation, manage federal lands to sustain and harvest their natural resources, while the Fish and Wildlife Service focuses on the animals and the National Park Service their habitat. (It could be argued that the National Parks Service manages people as well — but only in ensuring that tourists are able to consume our ancestral lands that Natives were forcibly removed from).

The Bureau of Indian Affairs and the Office of Insular Affairs, on the other hand, have a different objective: They are uniquely focused on people. The BIA manages a host of unrelated programs, policies and accounts for Native Americans and federally recognized tribal governments. The Office of Insular Affairs does the same for America’s Pacific island territories and their Indigenous Pacific Islander population.

When the only two federal agencies focused exclusively on Indigenous lands and people are grouped under the department that otherwise deals with natural resource and animal issues, something is deeply amiss. It’s not hard to see that the bureaucratic arrangement and primary policy focus of the Interior Department reflects a bygone and immoral age, when Indigenous populations were seen as an obstacle to white people’s acquisition and exploitation of their ancestral lands and natural resources, as well as game, livestock and fisheries. In a hundred ways big and small, these agencies were originally designed to act as a “trustee” on the basis that these populations were mentally incapable of protecting their own interests. That’s one reason why issues affecting American Indians and Pacific Islanders have so often been mishandled, neglected and misunderstood.

The patriarchal and dehumanizing implication isn’t subtle. Imagine: When Native Americans want to engage on a federal health care or educational service issue, they are not directed, as any other American would be, to the secretary of education or the secretary of health and human services, but to the federal land manager with decorative bison on their doorknobs.

This is why Secretary Haaland is such a unique and groundbreaking Interior secretary. She is the first secretary elevated from the actual human constituents of Interior, as opposed to the natural resources industry executives, environmental specialists, wildlife biologists and white politicians from the American West that typically fill Interior’s leadership.

It’s impossible to list all of the major challenges Secretary Haaland will have to face on Native American issues, including departmentwide tribal consultation reform, hunting and gathering access on federal lands, and regulation of environmentally catastrophic extraction industries. But perhaps her most difficult and important challenge will be reconstituting BIA and OIA in a way that rejects the existing colonial mindset, one that implies Indigenous peoples are less-than-human land management challenges.

But I am confident that Secretary Haaland is the first Interior secretary who truly understands the scale, severity and toll of Interior’s weaknesses. This suggests she also may be the most ambitious Interior secretary in history to knowingly accept this appointment and assume responsibility for such a monumental challenge. 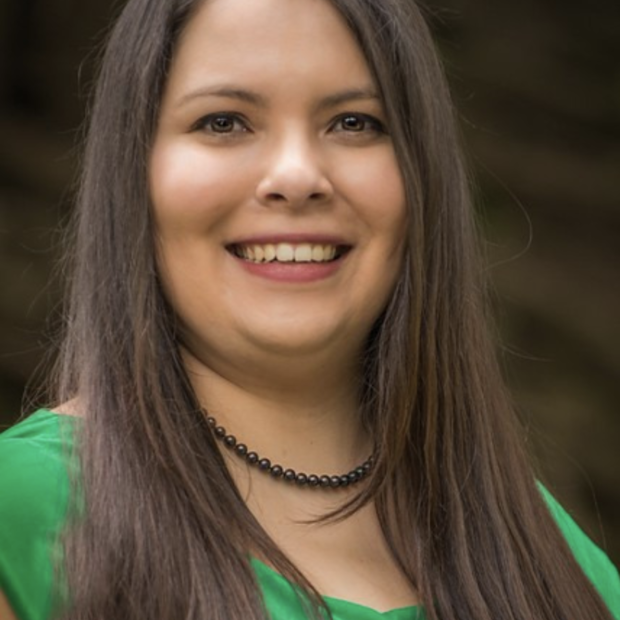