The longtime education reporter explains how decades of covering schools shaped the perspective she brings to her new column. 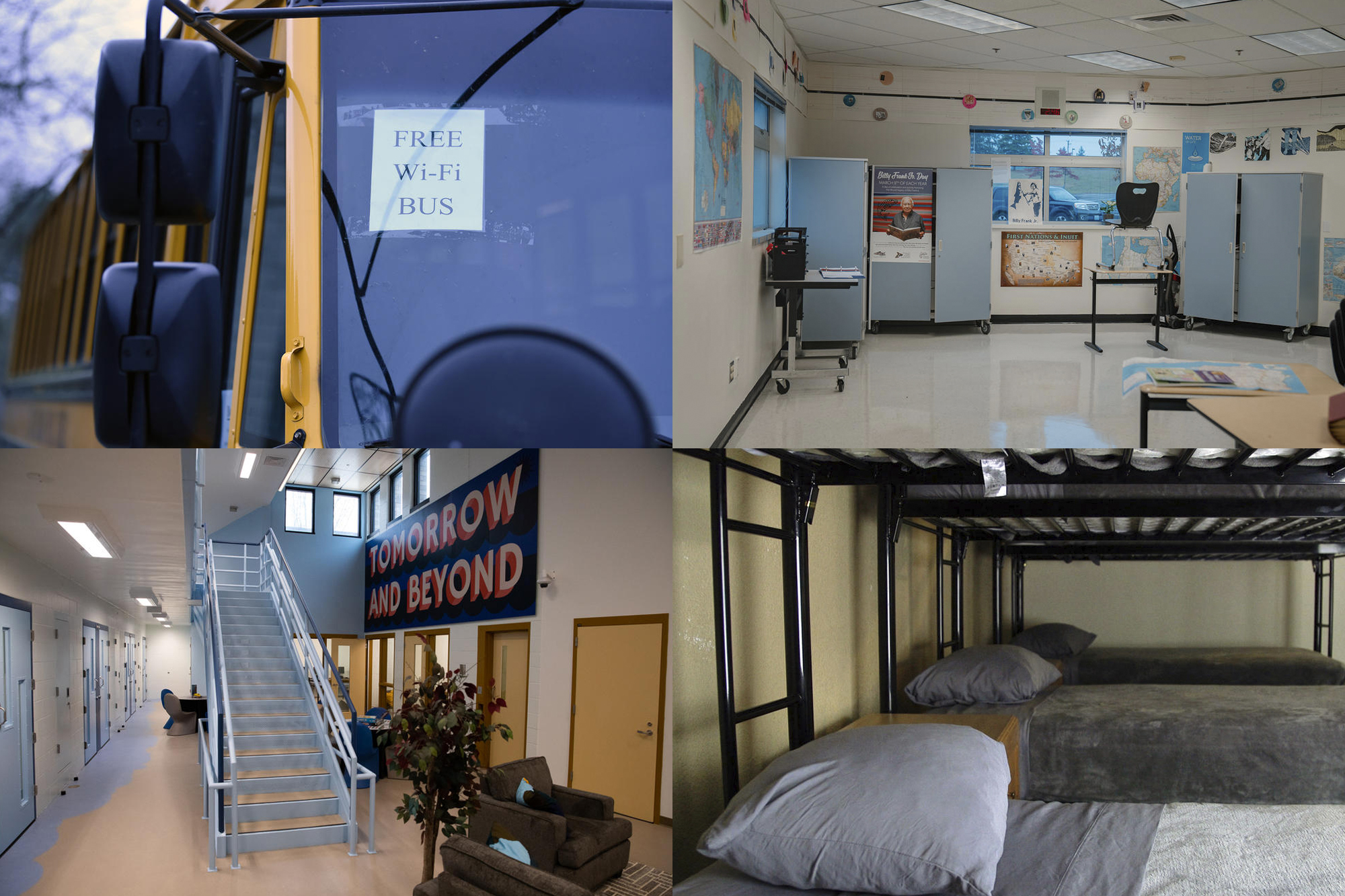 A pre-recorded video of Washington Gov. Jay Inslee giving his Inaugural Address is played in the Senate chambers, Wednesday, Jan. 13, 2021, at the Capitol in Olympia, Wash. (AP Photo/Ted S. Warren)

I debated for weeks about whether to apply for the columnist job at Crosscut. For nearly 30 years I’ve been a print journalist, running down stories and sources but careful to keep my opinions to myself. This position felt safe, if not always comfortable. Back when I was a social issues reporter at the old Seattle Post-Intelligencer, I had a quote from Dante taped to my computer terminal: “The hottest places in Hell are reserved for those who, in periods of moral crisis, maintain their neutrality.”

But maintain I did, even as I stared at those words.

Every reader knows that the people a journalist quotes, the way we structure a story and the final note we leave at its end are choices hinting at our “angle.” So the traditional reporter’s position of “objectivity” began to seem dishonest to me, a sort of theater we performed for our readers, who were increasingly less willing to play along.

Of course, there’s a role for straight reporting of facts and information. But after three decades of writing about public schools and juvenile justice, how could I not have opinions about what I was seeing? And how did it benefit anyone for me to feign that old fig leaf of objectivity? Knowledgeable commentary about schools, youth incarceration and foster care might add something to the conversation about these hugely formative public systems, I decided, so I hit “send” and applied for the job.

To be blunt, these topics are not high on the list of most-wanted beats because many reporters see children as “soft news.” But anyone who’s tried to decipher an education budget, or talked with caseworkers removing kids from their homes, or spoken to someone locked up at 13, knows these subjects are about as far as you can get from fluffy.

Even so, I was not an immediate convert. I came into journalism obsessed with crime reporting, though with only the haziest sense about why. “You want to understand the reasons people become who they are? Look in the schools,” my first editor said, trying to sell me on the education beat.

That conversation took place in a Bronx newsroom in 1992. It put me on a path that led from New York City, where I was born and raised, to Seattle, where I’ve been a reporter since 2003. With the publication of my memoir, The Spider and the Fly, in 2017, I began publicly interrogating journalism and my own role within it. The takeaway? What happens to young people affects every one of us.

There are huge changes afoot in all of the arenas I cover: shifts in our criminal justice laws; a growing movement to abolish foster care; and increasing urgency to reconsider how we deliver public education.

I’ve got my own ideas about each of these developments, and letting them out feels like exhaling after years of holding my breath. But my favorite part of the job has always been conversations with readers. So get in touch. I promise to listen and tell you where I stand.

This story was first published in Crosscut's Weekly newsletter. Want to hear more from writers like Claudia Rowe? Sign up for the newsletter, below.