The tenuous relationship between art and tech in Seattle

Paul Allen’s Microsoft dollars helped build the Seattle Art Fair. Four years after his death, the art scene is still debating how — and whether — to engage with tech money 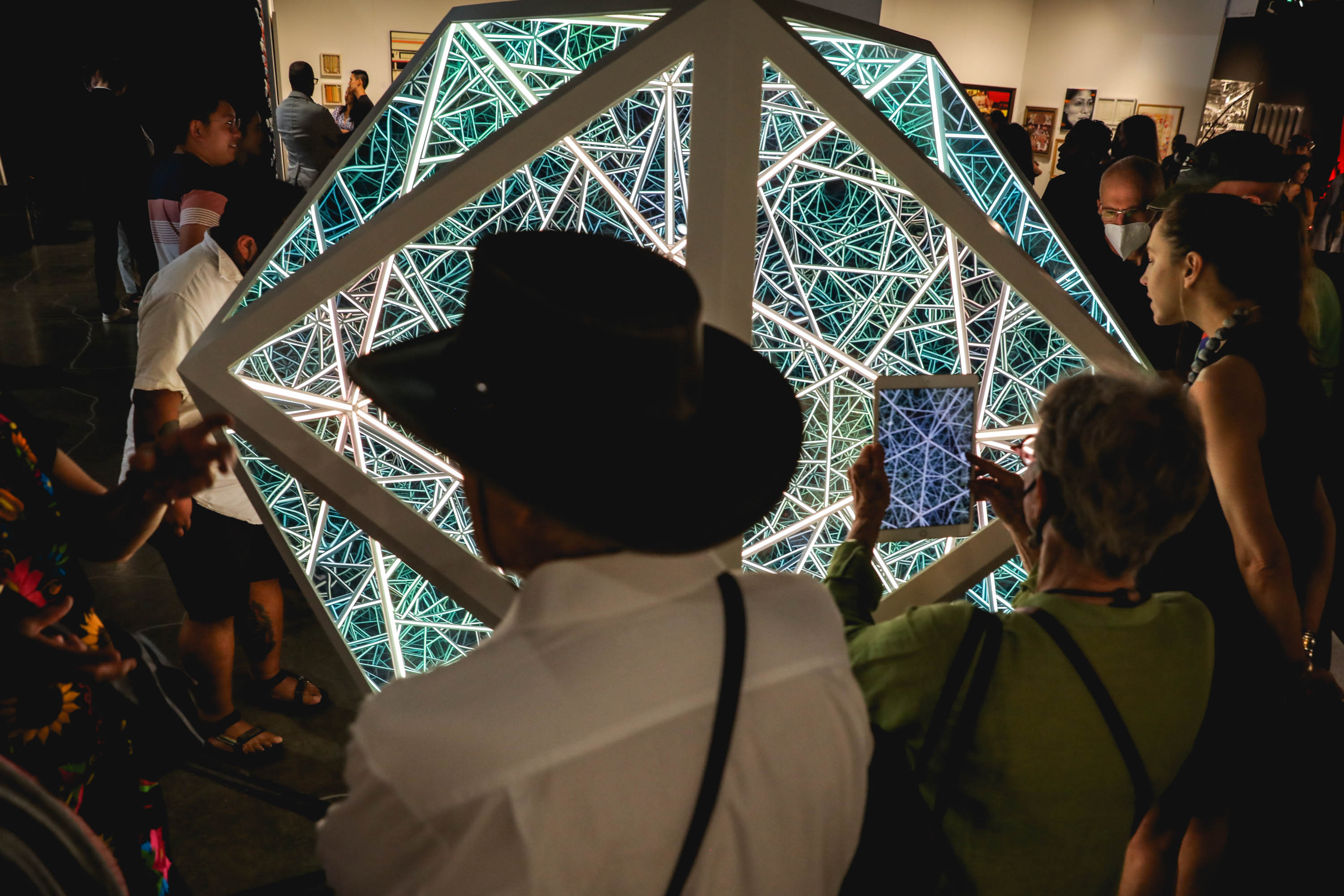 To write about art in Seattle is to get deja vu every so often. Some capital-C conversations in the Pacific Northwest tend to be, like the trees, evergreen. One of these perennial conversations is a doozy: What should the relationship between local tech — meaning moneyed tech workers and companies — and the local art world look like, particularly as the city grows more expensive?

I was reminded of this once again this past week, while talking with local curator and writer Sharon Arnold. As a longtime Seattle gallery owner, Arnold for years has organized talks around and written about how to bridge the gap between the art world and … well, everyone else, but notably the people with expendable cash (including tech workers).

Our conversation was during an interview for a story I wrote this week about a controversy that had ripped through the local art world like a wildfire. The spark: A call for art (featuring a cartoon of Jeff Bezos and Bill Gates wearing boxing gloves) for an exhibit called “Amazon vs Microsoft.” The fuel: struggling artists, as one commenter put it, “actively priced out by these companies.” And the oxygen? Social media.

During our phone call, Arnold explained that this discussion was not new — it’s been around at least since the 1990s. In fact, Arnold and I have talked about this very topic multiple times already in just six years of my reporting in Seattle.

And though it wasn’t a new discussion, the “art versus tech” debate blew up this week — and was the talk of the town at the Seattle Art Fair (and at its sexier sibling, Forest For the Trees).

I thought the timing was fitting. The Seattle Art Fair was founded in 2015 by Microsoft co-founder Paul Allen (1953-2018). A billionaire, philanthropist and one of the region’s and world’s most important art collectors, Allen wanted the art fair to do for his city what the glitzy Art Basel did for Basel (and Miami).

When we talk about art, tech and philanthropy in Seattle, the discussion inevitably turns to Allen. While he wasn’t universally loved — and many questioned the whims of his arts philanthropy — many consider him to have been more generous to the arts than the city’s other tech billionaires, Jeff Bezos and Bill Gates. “He donated so much more to liberal arts organizations,” a local artist told me this week. Others point out that, with the elimination of the art branches of his company Vulcan (no longer involved with the fair), much of his external arts funding has dried up, a mere four years after his death. Why, then, some wonder, pin your hopes on tech philanthropy?

With an art sector in shambles as we enter year three of a devastating pandemic, it’s a discussion that has become all the more relevant. Will another local arts philanthropist emerge? Can struggling arts organizations and artists count on financial support from governmental organizations?

I am reminded of something many others alluded to in roughly a dozen interviews I conducted for this week’s story: There is not one band-aid (or one philanthropist). The arts are an ecosystem — and a fragile one at that. The art sector is comprised of a complex, interconnected network that needs a variety of support, as Arnold told me, not just to survive but thrive. Arts reporting is an essential part of the ecosystem, and I don’t take that role lightly. I look forward to continuing the conversation, even if it’s deja vu all over again.