Alison Mariella Désir on reclaiming space and ‘Running While Black’

In her new book and upcoming Crosscut/KCTS 9 series 'Out & Back,' the Seattle outdoor activist shares her running journey. 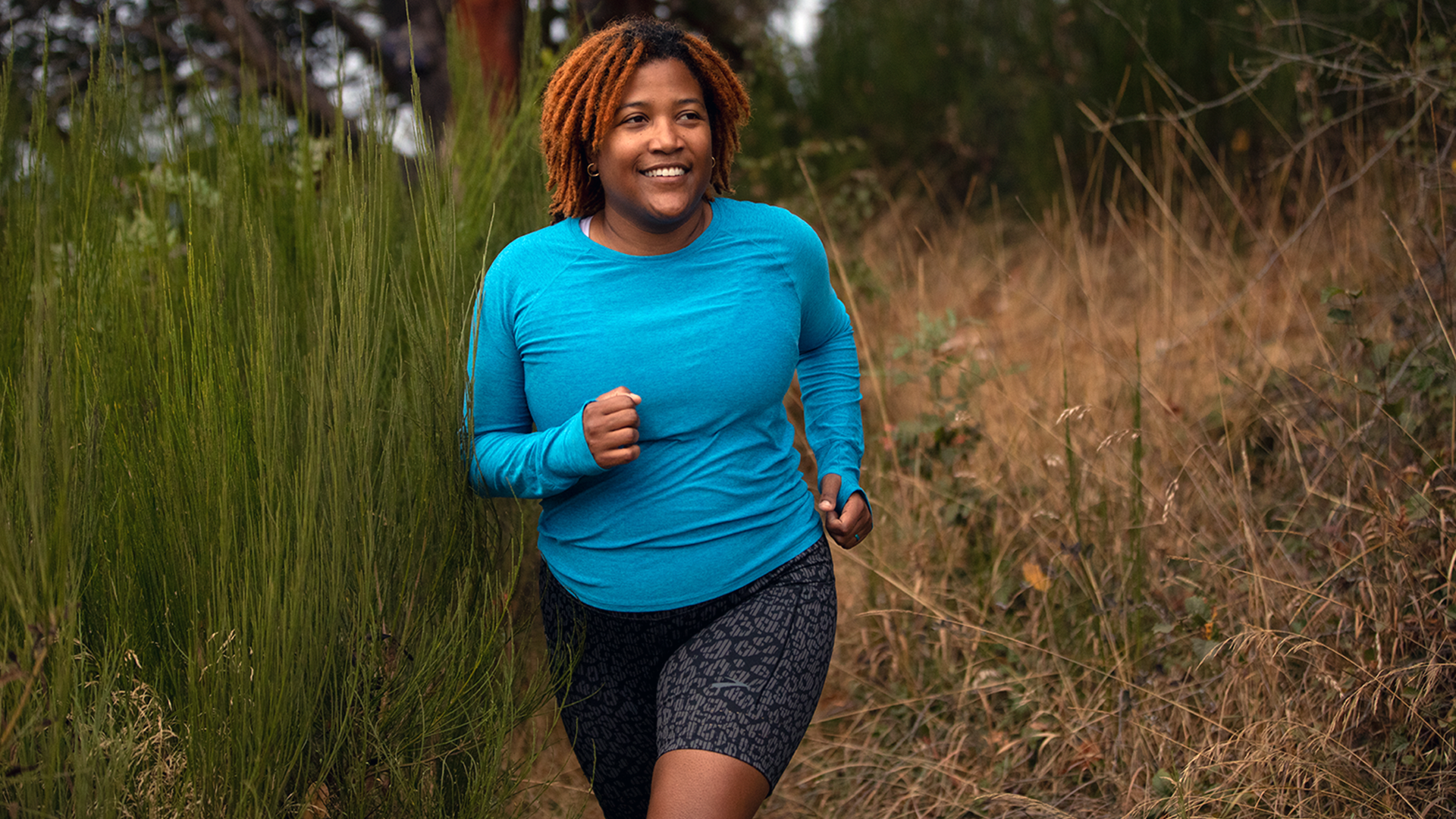 In Alison Mariella Désir’s new book, Running While Black: Finding Freedom in a Sport That Wasn't Built for Us, Désir discusses her physical journey as a runner, running as activism and how the sport saved her life.

Now a Seattle resident, Désir started marathon training years ago while living in New York as a way to benefit her physical and mental health. Once she became an active part of the Harlem running community, she began to examine how running as a sport and industry was largely built with white people at the center. Through this experience and education, running has become an act of activism for her.

Running While Black, which hit shelves on October 18, draws on Désir’s own life experiences running as a woman of color and her work as an advocate and activist while weaving together historic context to explore why the human act of running has not been fully open to the Black community. Her book tackles cultural topics from the rise in popularity of running as a sport to the murder of Ahmaud Arbery, as well as her own stories.

Her upcoming video series, Out & Back with Alison Mariella Désir, produced by Crosscut and KCTS 9, will continue to be a way for her to advocate for people of color to get outdoors. The series, premiering December 1, will cover topics like the running boom, sundown towns, environmental racism, redlining, representation and otherism. By uncovering stories of people who feel they have been unable to freely access the outdoors, plus the stories of those who are working to change the norm, the show strives to create awareness and promote change for a previously invisible issue.

With her book on stands and her series on the horizon, Désir took time to chat with Crosscut about being a mother, the inspiration to take that first step, and her work as an activist, community builder, author and more.

Crosscut: You have been a part of the conversation about Black representation in running for years. What inspired you to turn your work into a book?

Désir: The birth of my son in July 2019 and then the murder of Ahmaud Arbery just seven months later really put into perspective what my future would look like as the mother of a Black son in this country: heartbreak, worry, always wondering about what might happen to him doing mundane tasks like going for a run. The pain of racism and white supremacy was already a part of my experience, but this murder put me on high alert. I started to reflect on all of the ways that running as a Black woman had been complicated by living in a white-supremacist country. Running — an activity that I loved — could never just be that simple because of the fear and anxiety that comes with moving through space in a Black body. I wrote an op-ed that was published in Outside magazine that went viral, with many white people expressing shock and surprise that the experience of running while Black was different from their own. I knew right then that I had to write a book to provide a window into my experience and those like me, as well as provide tools and hope for ways that the running industry and community can truly make running safe and open to all.

What advice do you have for someone who is inspired by your work to run, but is intimidated to take that first stride?

Take it one day at a time and give yourself some grace. Never compare yourself to others' progress (or even your past self). Throughout my life, there have been many times when I've had to start my running journey again. Whether after injury or childbirth, each time it's been extremely difficult, particularly when I let myself ruminate on a previous version of myself. When I focus my attention on one run — or walk, run/walk — at a time, letting go of my expectations around what it "should" look like or feel like, I allow myself to be fully present to experience what it actually is.

What do you think about while you are running?

It varies! Sometimes I find that running allows me the clarity and focus to solve complex problems in my head, gain perspective on something I may have been struggling with, or even come up with amazing lines for a book/writing that I have to rush home to write on paper. Other times, all I can think about is when the run will be over and I have to do my best to create mental games — "just get to the next light pole" — to will myself to go on. There are also really special times when I get into a flow state and everything seems to disappear and it's just my body moving through space, detached from thinking.

In the book you discuss running from New York to Washington, D.C., for the January 2017 Women’s March. Could you share a little bit about that experience and the women who joined you along the way?

That experience changed my life and is one I will never forget. The 250-mile run was really a call to action for runners to recognize the power of movement to create social change. Historically, our ancestors have always used movement in this way — whether Harriet Tubman on the Underground Railroad or Martin Luther King marching on Washington. This run paid homage to that idea, bringing together thousands of runners from across the country to participate in person. The run resulted in over $100,000 raised for Planned Parenthood and was the catalyst for the Run 4 All Women organization I founded. Run 4 All Women has gone on to raise hundreds of thousands of dollars for progressive organizations, including Black Voters Matter and Runners for Public Lands.

You have a series coming to Crosscut/KCTS 9 later this year, Out & Back with Alison Mariella Désir. What can you tell us about this show? Or what do you hope KCTS 9 viewers will take away from this new series?

I am so excited about my show because it so beautifully captures the experience I had moving from New York City to Seattle. My family and I moved in the middle of the pandemic because we were looking for a different life. We were living in a small apartment in the Bronx and were yearning for more access to trails and green spaces. While New York does have incredible parks and recreational facilities, we just knew that we wanted more. However, in moving to the PNW we also knew that we'd be giving up our community and connection and finding ourselves in an extremely white space. One of the first things I did when I got to Seattle was to start Googling where all of the Black people were. My curiosity led me to find incredible Black, Indigenous, Asian and other people of color here in Seattle and the PNW who were in the outdoors and reclaiming space. I knew right then that my show would tell this story — the story of BIPOC in the PNW who are reclaiming space in the outdoors and rewriting the narrative of who belongs.

Running While Black is out now. Crosscut Presents: Out & Back with Alison Mariella Désir premieres December 1 on KCTS 9. You can also join Désir January 28 at Crosscut's Explore the Outdoors Family Fair. Register for this free event now.