The coronavirus pandemic has led to more prisoners being released to home detention. Advocates worry for victims of serious crimes who could be left exposed. 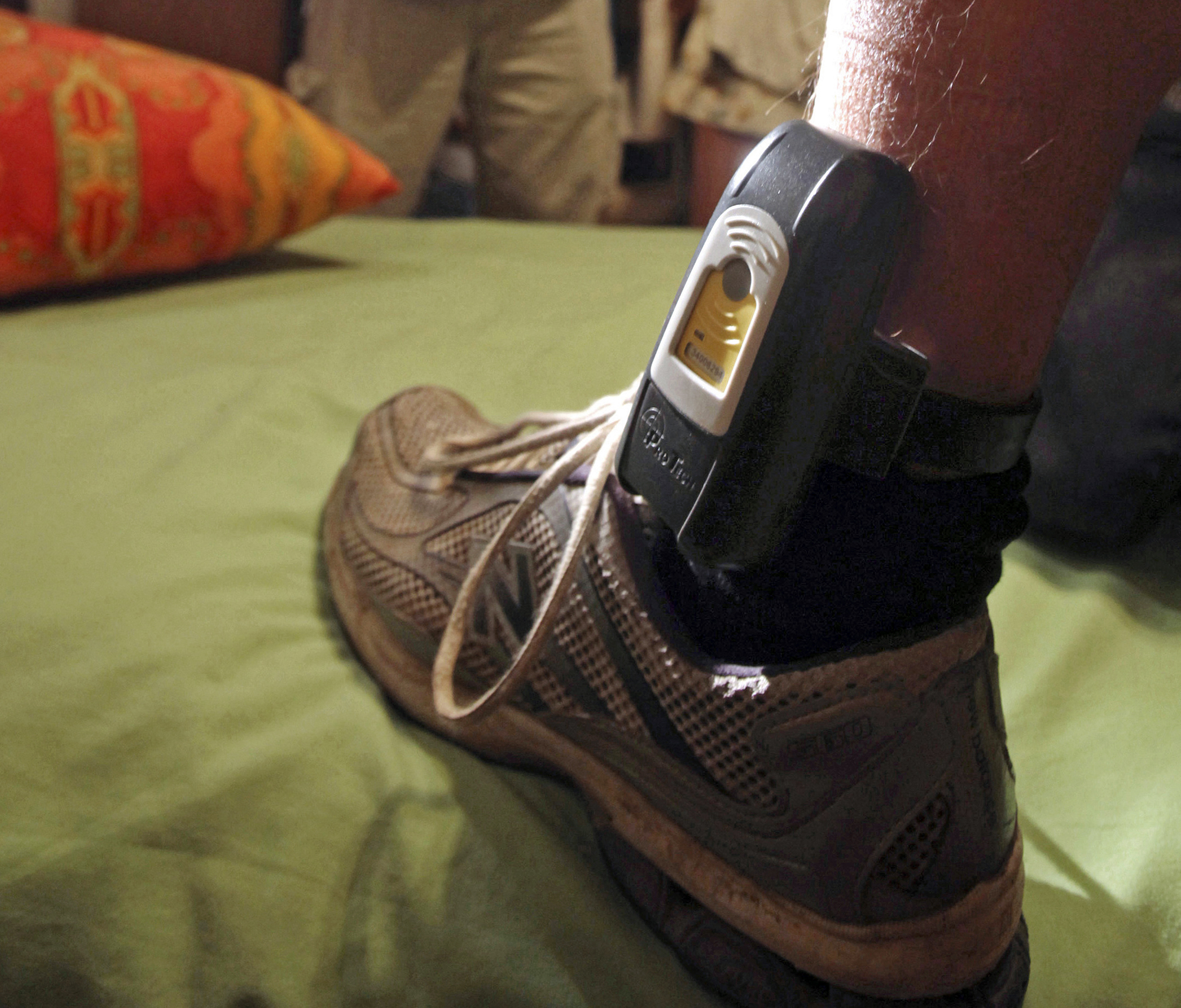 Prisons across Washington state have used ankle monitors for home detention, but advocates fear monitoring happens only during business hours and has created a fear among victims that abusers may strike again in midst of the pandemic. (Rich Pedroncelli/AP)

A few months after Gov. Jay Inslee issued his stay-at-home order for Washingtonians, a husband in south King County attempted to strangle his wife in their home.

The man, whose name Crosscut is withholding to protect the couple’s privacy, was high at the time, possibly on methamphetamines, according to court documents filed by the King County Prosecuting Attorney’s Office. He restricted his wife’s breathing for 15 seconds before smashing her phone. He then got on top of her and used his body to pin her down before choking her for another 20 to 30 seconds. She tried to scream for help and fight him off but could barely breathe.

She soon sought a protection order, which he quickly violated by texting their children and possibly approaching their backyard. After a brief stint in jail, he was released with electronic monitoring, tampered with his ankle bracelet and is now on the run.

Advocates have grown increasingly worried about situations like this, as more abusers are released from jail and placed in home detention, as they await trial or serve their sentence, in part due to the COVID pandemic.

Of particular concern is the release of inmates with violent histories, especially domestic violence and child abuse. Those in home detention are not monitored outside of business hours or on weekends. And survivors aren’t always immediately notified even when violations occur during business hours, although there is a new Washington law that should make that easier.

“It's really common that our advocates are doing extensive safety planning with these families. And so being able to be notified if a defendant has broken or violated the terms of the electronic home detention is essential for them to be able to access those resources,” Laskowski said.

In King County, the average daily population in home detention last month was 208, compared with 111 in July 2019. According to data provided by King County, only a small fraction of those released to home detention have been charged with domestic violence, although a greater number — approximately 90 in July — have been charged with assault and sex crimes.

Home detention is being used more often these days, in part because of the danger of COVID-19 spreading inside jails and prisons. At least 14 inmates have tested positive for COVID-19 at the King County jail, and officials remain concerned about maintaining proper physical distancing inside the downtown Seattle facility.

The Washington state Department of Corrections also increasingly relies on home detention because of the pandemic. In response to a directive from Inslee, between April and May more than 500 individuals were released to electronic monitoring. Last month, there were 477 inmates in some kind of electronic monitoring program compared to 192 prisoners in July 2019, according to data provided by the Department of Corrections. The Department of Corrections said it has focused on individuals who are not incarcerated for violent or sex offenses and who are nearing the end of their sentence. Overall, at least 445 inmates have tested positive for COVID-19 in the state’s correctional facilities.

Home detention is a very good alternative to preconviction incarceration, said Wendy Ross of the Domestic Violence Unit at the King County Prosecuting Attorney's Office. Decreasing the incarcerated population is still a goal, but that needs to be balanced with victim safety, she said.

And “it's difficult to have survivors thinking that this is providing them safety, at times when it's not," Ross said.

“It is absolutely a balancing act,” said Susan Mahoney, chief presiding judge of King County District Court. “Everybody's goal has been to keep the jail population down for good reason.”

“Public safety, however, is always a concern,” she said.

Judges use home detention to give inmates an opportunity to be held accountable, but also as a way to work toward a restorative model of getting out of the system without being so damaged by it, Mahoney said.

Some advocates point to a new law just beginning to be implemented in Washington state that could make a big difference for survivors of abuse.

State Sen. Lynda Wilson, R-Vancouver, sponsored the Tiffany Hill Act, named after a mother who was shot by her estranged husband in front of their three children as she sat in her minivan outside of their Vancouver elementary school.

The new law allows for real-time victim notification when an abuser under electronic monitoring gets too close to a survivor.

Wilson said Hill’s husband had violated the protection order dozens of times before finally killing her.

“They’re scared to death because 24/7 they’re looking over their shoulder,” Wilson said, noting that her own mother was a domestic abuse survivor.

“That never goes away,” Wilson said. “So this bill really mattered to me because I knew the fear that my mother felt.”