Being Seattle city attorney is about more than criminal cases

The office’s civil division is its largest, and the next city attorney will have her hands full. 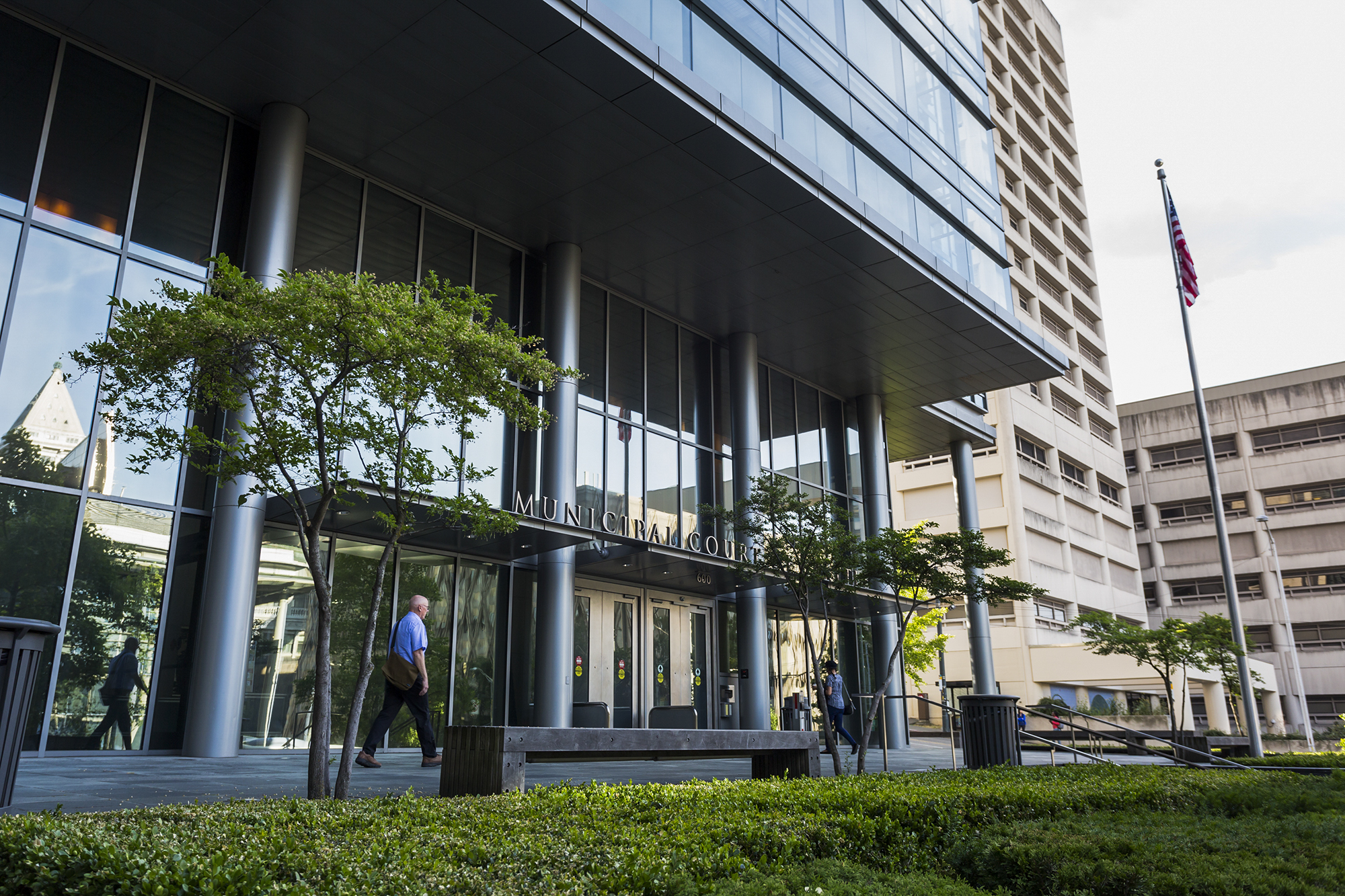 The final months of 2020 were an odd time for the Seattle Office for Civil Rights. The team of fewer than 40 city employees had caught the eye of the U.S. Department of Justice under former President Donald Trump, thanks to a leaked document about one of its race and social justice trainings.

The DOJ had raised the prospect that the trainings, which focused on internalized racism and were made public by a former candidate for Seattle City Council, Chris Rufo, violated the Civil Rights Act.

In the wake of the thinly veiled threat, the Office for Civil Rights needed support from the staff in the City Attorney’s Office.

“It was a serious exercise for the [City Attorney’s Office] to try to understand what the Race and Social Justice Initiative’s work is and how they can best protect the city,” said Tamar Zere, manager of the initiative. “And I feel like it was a really thoughtful and measured attempt to see what they could do to help us and protect the city.”

After 12 years, there will soon be a new city attorney. Incumbent Pete Holmes failed to advance past the primary, setting up a race between two clearly different candidates, Ann Davison and Nicole Thomas-Kennedy.

To date, much of the city attorney race has focused on the office’s approach toward criminal misdemeanors — how and when each candidate would or would not prosecute them.

But the office plays a larger role as well, which is to represent the city and its employees in civil litigation — defending against outside lawsuits and going on offense against those perceived to have hurt the city. The proposed 2022 budget for the civil division is $16.7 million, compared with $9.4 million for the criminal division.

Here, too, the candidates have widely divergent philosophies on the office’s role. For Thomas-Kennedy, it’s as a partner to City Hall — an opportunity for creative solutions in pursuit of the city council’s progressive goals. For all her criticisms of Holmes’ criminal prosecutors, she said his civil division has done well and that she had yet to meet any attorney there she would want fired if she is elected. In fact, Thomas-Kennedy has said she would grow the civil division, possibly at the expense of the criminal division.

Davison, who ran ran for lieutenant governor on the Republican ticket in 2020 and whose politics lean significantly more centrist than the Seattle City Council, largely avoids discussing specific strategy toward civil litigation, casting it instead as an  umpire of sorts. She would fulfill the city attorney’s legal obligation to provide sound legal advice, she said, while not allowing her own policy preference to seep into that sphere.

Each candidate casts the other’s approach as flawed.

“That's the old ‘balls and strikes, I'm just out here being the referee, calling it how I see it’ argument,” Thomas-Kennedy said of Davison’s approach. But nothing is ever that simple as an attorney, she said. “This is an elected position. The city attorney directs all of the civil litigation for the city. It's not a sit back and take orders position.”

Davison, meanwhile, said that if Thomas-Kennedy wanted more of a hand in policy, she shouldn’t have run for city attorney.

“If they're curious, they can ask me what my personal position is, but the legal opinion is quite different,” Davison said. “And so for voters, I think it's important to listen to my opponent, who clearly has a policy bent and maybe should have run for city council.”

Whoever is elected will inherit nearly 20 major ongoing civil cases. Those include lawsuits started by Holmes against Monsanto over its alleged role in polluting the Duwamish River and Purdue Pharma for its alleged role in the  opioid epidemic. In most of the cases, the City Attorney’s Office defends the city — against lawsuits from the Seattle Metropolitan Chamber of Commerce over the city’s new payroll tax; from the family of Charleena Lyles over her death at the hands of Seattle police officers; from Instacart over the city’s mandatory premium pay for food delivery workers; from landlords over the eviction moratorium; from The Seattle Times over Mayor Jenny Durkan’s missing text messages; and more.

Much of the division’s work, however, is intended to prevent the city from going to court in the first place. It’s here, say city employees, where the role of the City Attorney’s Office lives in a gray area.

When Erika Pablo worked for the city, one of her tasks was helping to develop the city’s Fair Chance Housing law, which bars landlords from denying housing to people with criminal history. In essence, the city was trying to create a new protected class of people.

Pablo said she would love if the attorneys’ only role was to provide a cold assessment of risk. But in the case of this legislation, which was novel for any city in the country, it required more. “There was no case law on something like this,” said Pablo, who now works for King County and is herself an attorney. “So the legal risks were kind of vast that we were facing. The attorney’s office that we were working with, if they didn’t share those values and those goals that we did, they wouldn’t be able to make a case.”

It’s a familiar refrain in a city that likes to push the boundaries on legislation, sometimes into uncharted territory. And it’s one that many city workers have become accustomed to, as Holmes’s office has evolved over the past 12 years.

“We can't get very far unless we're testing the limits of these laws,” said Zere of the Office for Civil Rights. “So I guess what I would hope for is some courage and a real desire to lean into these values that we say are part of our institution and part of Seattle.”

But for Davison, the City Attorney’s Office has gone too far afield in terms of policy advice.

“I think what needs to happen is [the City Attorney’s Office] needs to be restored to a place of just legal advice to those who are elected to create policy,” she said in an interview last summer. “I don't think it's run like that currently.”

Davison promises she’ll be able to bifurcate her policy preferences from her role as the city attorney. It’s a pledge that, if she is elected, would quickly be tested in the context of the city’s new payroll tax, which the Seattle Metropolitan Chamber of Commerce sued last year to repeal. The case was dismissed, but the Chamber appealed, and the case is still in the courts.

In her previous campaigns for Seattle City Council in 2019 and as a Republican candidate for lieutenant governor in 2020, Davison sounded a skeptical note on new spending and taxes. Her current campaign is being supported by donors who are resistant to new taxes generally and Seattle’s payroll tax specifically.

One of them is Steve Gordon, whose Concerned Taxpayer Accountability Center spent nearly $10,000 on behalf of Davison and another $10,000 against Holmes before the primary. Gordon is also behind Concerned Taxpayers of Washington, a political action committee that got its start in 2018 in part as a reaction to Seattle’s first attempt at a tax on large businesses.

Gordon, who owns commercial truck dealerships in the region, said the support for Davison was more about a perception of lawlessness in the city and not about how she would be running the city's civil division. But he added that he was tired of what he called the “anti-business sentiment” in Seattle.

“I think there’s concern, especially with the business community, wanting to make sure that the taxes they are paying are used to support thriving businesses and they’re not continually taxed into an uncompetitive position,” he said of Seattle’s politics generally.

Additionally, a new political action committee formed on behalf of Davison shares some donors with the 2018 effort to repeal Seattle’s first business tax through a referendum. It  includes several big names in development and real estate, such as Richard Hedreen and Martin Smith. Thomas-Kennedy called the donors a “who’s who of people who don’t want to pay their fair share of taxes” and who won’t have to if Davison is elected.

But Davison again dismissed the importance of her own political bent.

“It has zero to do with what I think about the policy and the purpose of what they're wanting to do,” she said. “It is all what is allowed within the current laws.”

The City Attorney’s Office is also responsible for defending police officers from civil litigation — a task that, for Thomas-Kennedy, could be seen as at odds with her stance as an abolitionist and her tweets disparaging police.

Before 2011, the city outsourced much of this civil work to a private law firm, but Holmes brought more of it in house in an effort to cut costs and improve outcomes. The police unions fought the arrangement, creating some friction, said Brian Maxey, formerly an assistant city attorney under Holmes and the Seattle Police Department’s former chief operating officer.

“Pete always had issues with the Police Department, certainly friction with the officers,” said Maxey. “But we had a very clear understanding that we’re going to represent these officers.”

However, considering Thomas-Kennedy’s stances on policing, he said he thinks she would have to outsource that work again. “I think she’d have to, ethically,” he said. “I think the officers would file a grievance pretty quickly.”

Thomas-Kennedy disputed the notion that she would need to ship the work outside of the office. She said she has spoken to Jessica Nadelman, the current head of the civil division, and conveyed her confidence in the office’s ability to defend police officers if she’s elected. By keeping the work in-house, Thomas-Kennedy believes the process can move more quickly and more transparently.

“I think people deserve a fair process,” she said. “I was a public defender. I didn’t like a lot of the things my clients were accused of doing. That doesn’t mean I won’t defend them.”

Zere of the Office for Civil Rights expects a challenging transition, no matter who’s elected. It’s an issue up and down city government; Seattle will soon have its fourth elected mayor in 10 years. “We're constantly starting over again,” she said.

The threat from the DOJ against Seattle’s Office for Civil Rights receded under a new presidency. But whoever is elected city attorney will serve until at least 2025, a year after the next presidential election. So while no civil suits have yet been filed against the city’s race and social justice trainings, “that doesn't mean that we don't anticipate them happening someday, based on the current trends that we see,” said Nona Raybern, communications adviser to the office. “And if there ever is a serious legal threat to the race and social justice work happening in the city, we would count on a city attorney who understands those principles and values and can support that work that we do moving forward.”