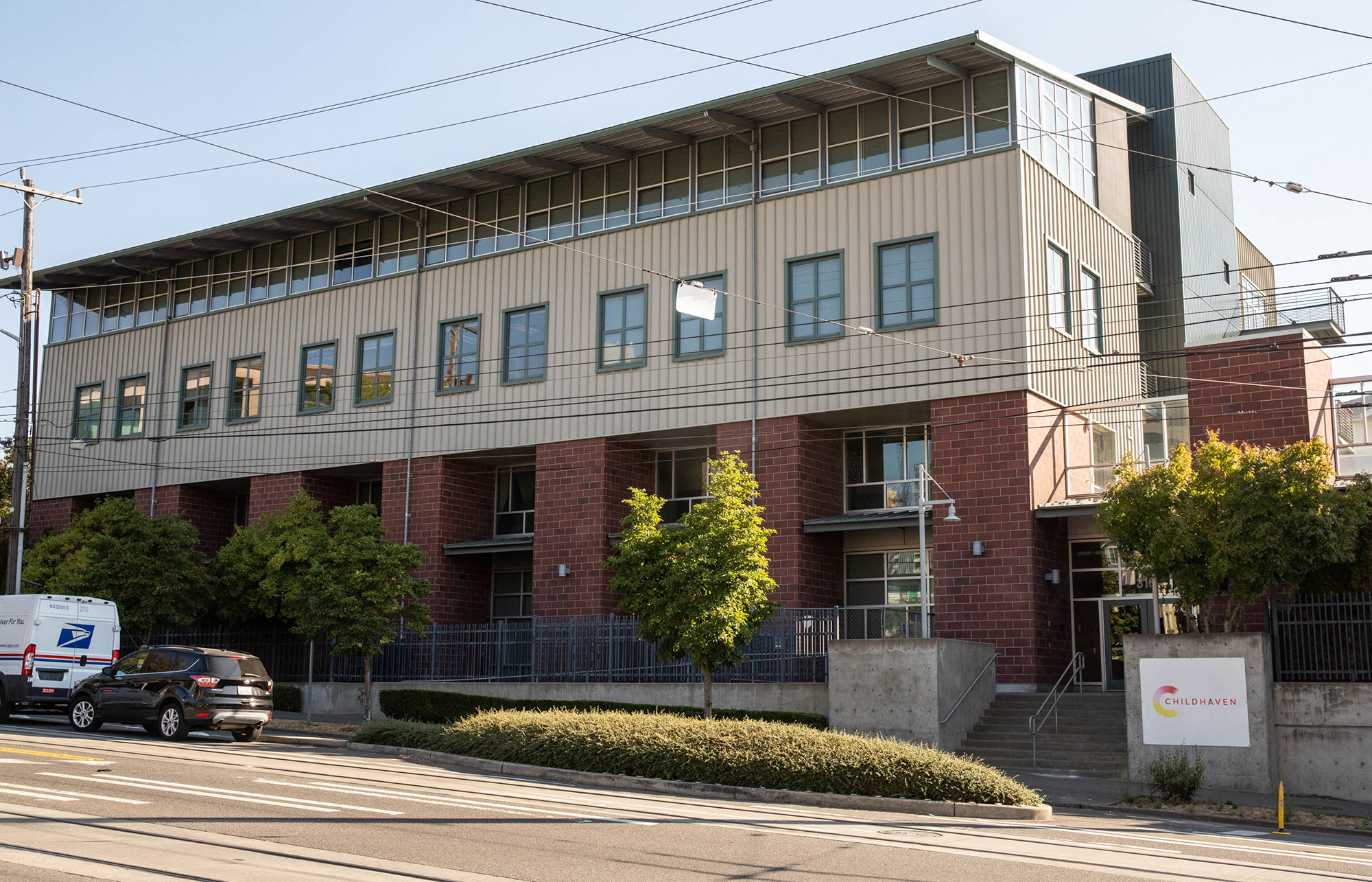 For nearly four decades, Seattle’s public TV station has broadcast, streamed and published beneath the iconic Space Needle. But with its 40-year lease at Seattle Center expiring in 2024, Cascade Public Media, including KCTS9 and Crosscut, is getting ready to move to First Hill.

The leadership behind the public-media superstation responsible for KCTS9 PBS and Crosscut has spent more than eight years searching for a new place to call home.

CPM closed on its new building, which formerly housed another significant Seattle nonprofit, Childhaven, on June 30. Company leadership say it will create new and even more accessible opportunities for news production, public engagement and community events when staff move in by the end of 2023.

The offices will still be close to downtown, but also to the Central District, Capitol Hill, the Chinatown International District and even KCTS’s transmission tower at 18th Avenue and East Madison Street.

“We find ourselves in a place that I think is a lot more oriented around the kinds of communities we want to be better connected to,” to increase engagement around topics shaping the region, said CPM President and CEO Rob Dunlop.

CPM purchased the 77,412-square-foot building at 316 Broadway Ave. for $23 million from original owner Childhaven, a nonprofit assisting area families healing from trauma. Designing a new office here, Dunlop says, is an opportunity to markedly update CPM technology from the ’80s-era, broadcast-focused studio spaces at the current office while taking advantage of the new building’s outdoor spaces for both events and production.

According to the Puget Sound Business Journal, Childhaven had been looking to lease the building amid increasing operating costs. Noting that many families it serves have been forced to move out of King County, the nonprofit ultimately merged with two other nonprofits, Renton Area Youth Services and Art with Heart, and is using proceeds from the building sale to fund programming that helps families priced out of the Seattle area.

CPM just launched a $12.5 million campaign toward the  $40 million needed to buy the new building and convert it from one filled with children’s playsets and miniature bathrooms to news production and event spaces. The organization has raised $3.7 million toward the $12.5 million goal so far, with “a lot of large requests that are pending with foundations or major donors,” Dunlop said. Donations made between Sept. 19 and Oct. 6 will be matched up to $150,000. 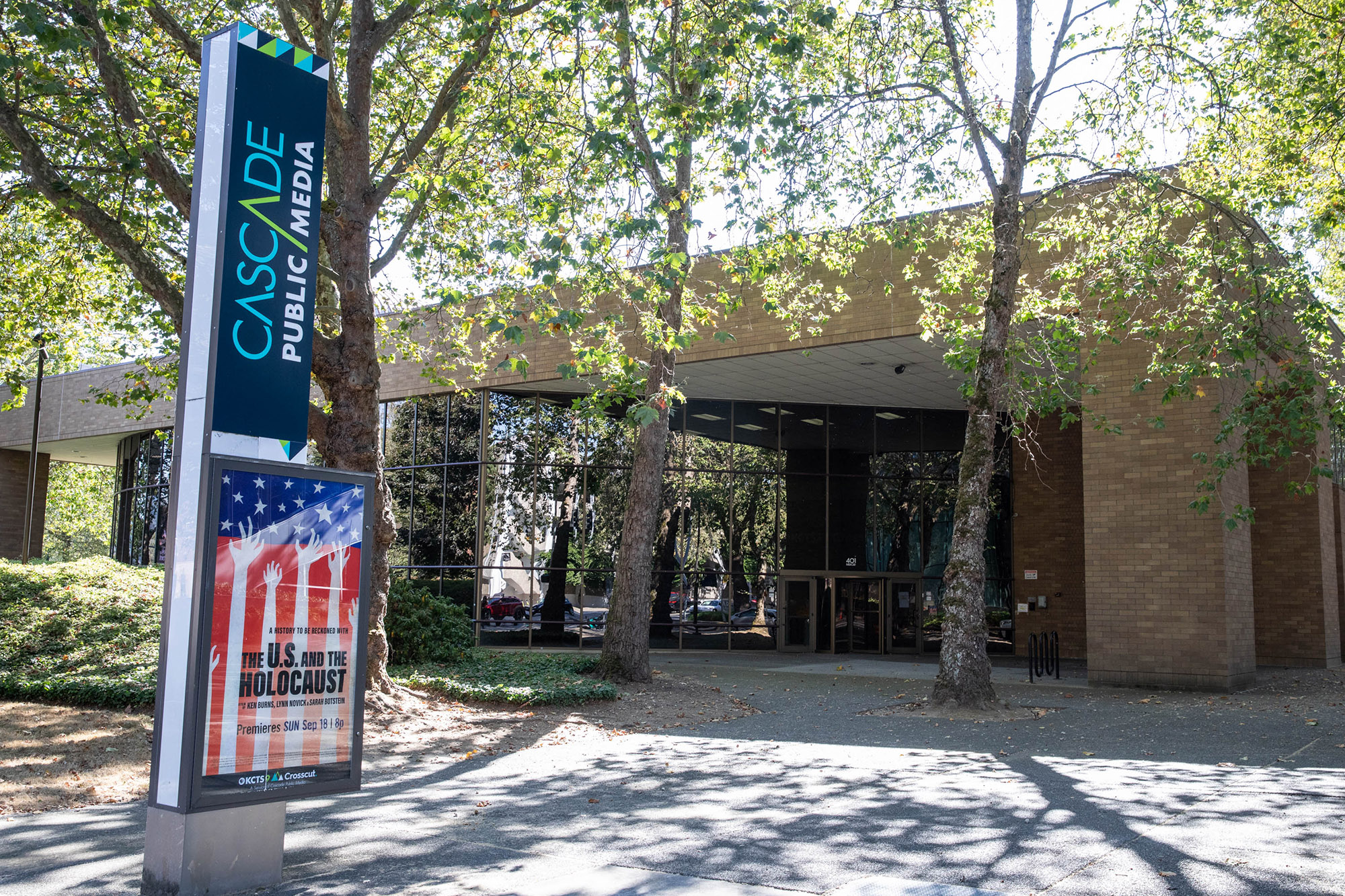 Dunlop learned when he arrived as CEO in 2013 that the organization’s current lease would not be renewed and it would need a new facility. Finding one was not simple. One of the biggest challenges was working with Seattle to exit the Seattle Center location, which the city is interested in redeveloping.

“The city, at the end of the day, you know, has come through and really helped us do what they can to help us make this transition,” Dunlop said.

Leadership considered dozens of sites in search of a centrally located, transit-accessible facility in an increasingly expensive real estate market in which bids from the nonprofit media organization sometimes couldn’t compete, Dunlop says. Even the purchase of the 316 Broadway space, first toured in 2019, was negotiated in stops and starts partially due to the pandemic.

Leadership spent the past decade planning finances to enable the move, Dunlop says.

“We have a lot of room to go, certainly,” Dunlop said of the fundraising campaign. “We feel really good about it. … But we really do need the community to help us get across this finish line."

CORRECTION: Corrects headline to show campaign totals $12.5 million. Clarifies the amount needed to be raised in the current campaign.