Ask yourself: Have they created effective change? Are they accountable to the community? 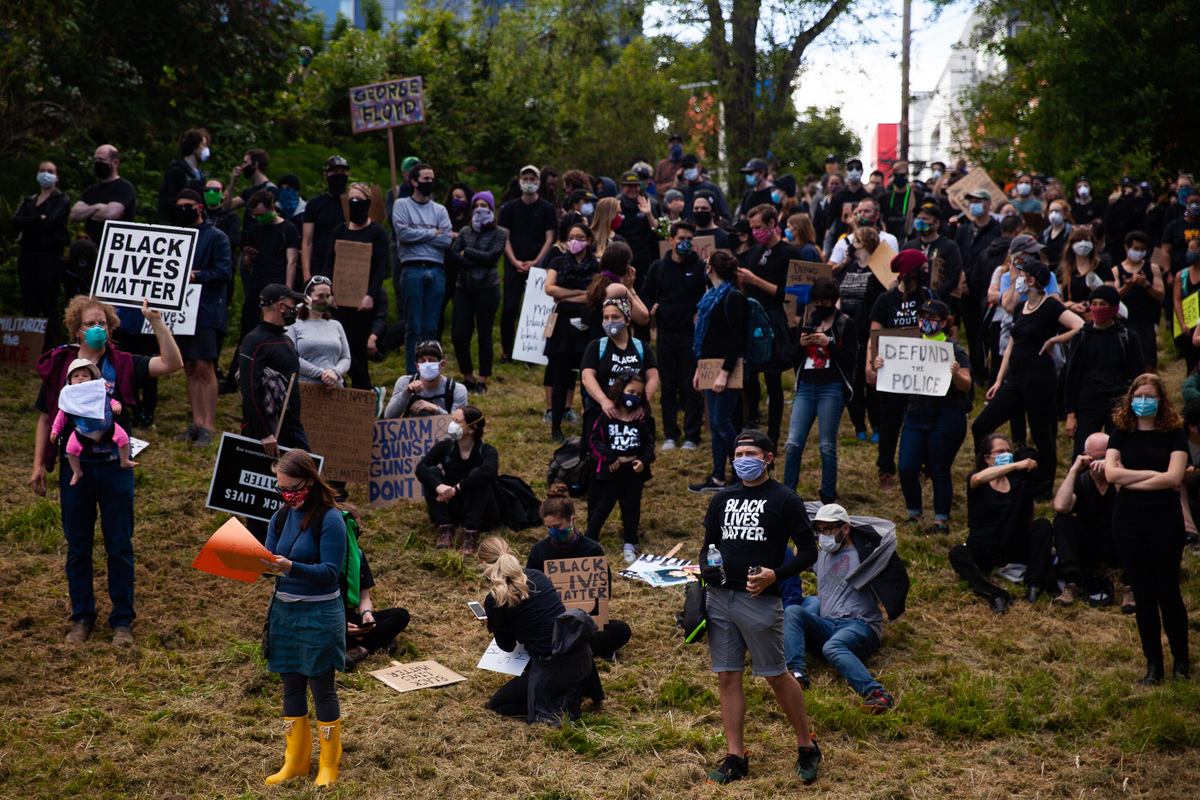 You’ve just been in a car crash. People from other cars have come to your aid. Some have moved into immediate action. Imagine someone hovering over you and declaring their expertise based on an episode of Grey’s Anatomy, because they watched a YouTube video on how to handle a broken bone or because they’re married to a doctor. Even a medical professional would need to ask you questions before proceeding to provide any form of care or treatment. That’s why triage exists.

Similarly, creating social change requires having an accurate analysis of the root causes of injustice and a functional knowledge of the tools available to effectively intervene. Just like jumping in to help at the site of an accident without the requisite skills, it is possible to do more harm than good, as I wrote in my last column. What if a bystander at the accident brings you a Valium to help with the pain, or wraps your ankle in a T-shirt because it looks swollen? These may be the right remedies, or they may trigger an allergic reaction or some other complication. Inept treatment can be more damaging than no treatment at all.

Likewise, having a Black family member, working for a nonprofit led by a person of color or having an Asian best friend doesn’t make you anti-racist, nor does it confer a right to declare yourself an expert in the struggle for racial justice. And the middle of trauma isn’t the best place to read a book or have a “conversation” about trauma. Nor is it the time to lecture on seatbelt safety, distracted driving or helmet laws. Rather, that’s the time to identify those who have been preparing themselves to lead and follow their instructions.

What you need at the accident site is a professional, someone experienced in dealing with medical trauma. Maybe that third person, the one telling them to stop moving you, is a nurse, doctor or other medical professional who has spent years learning how to assess and treat people in crisis. They are experts. You’re in luck if one is onsite at your accident and steps in to direct your care, provided, of course, the others also onsite step aside and accept the direction of the professional.

How do you know who the right leader is?

Imagine the accident victim getting to the hospital and being met by a surgeon who immediately calls in all the bystanders and asks them what to do. Racist systems work in a similar way. Such systems have a history of anointing their preferred leaders — rather than those known by and accountable to oppressed communities — funneling resources to those individuals or organizations, then declaring disappointment when the programs are ineffective or corrupted.

That’s what Jenny Durkan did in early July when she opted to set up a secret meeting with individuals she labeled as leaders of the protests, but who had no record of effective leadership, nothing to show their analysis of racism, no proposals crafted from years of experience. She excluded the NAACP, Africatown, Creative Justice and the many other organizations that have worked for years to bring justice to the legal system and have engaged with her office many times. She passed them over for individuals with limited history and experience, in effect guaranteeing the ineffectiveness of any solution.

To identify an effective leader, ask questions: Is this their first venture into crisis? Have they done the self-preparation to lead? If so, do they already have tools for analysis of the situation and can they quickly suggest remedies? “Are you a medical professional?” is a great question to ask before following someone’s instructions at a car accident. Likewise, researching a person or organization to learn what they have done in the past is a good place to start.

Do they have a track record of creating effective change? Don’t know if they’re qualified? “What has this person or organization done for community?” is another legitimate question for assessing their track record.

There are many organizations, some even led by people of color, claiming to be effective. Attend any of their fundraisers and they’ll bring out one or two individuals whose lives were transformed by their program. It’s wonderful, moving. How many other lives have their programs changed? What barriers, if any, do they face in having the resources to be more effective? Are the primary beneficiaries of the organization the well-paid staff or the actual vulnerable populations they claim to serve? Ask people in those vulnerable populations. If homeless people have never heard of a program that claims to care for the homeless, find out why. If someone claims to be an anti-racist organizer, find out who they claim to be organizing and ask the allegedly organized for information about the organizer’s effectiveness. If a diversity, inclusion and equity trainer seeks your support, ask what organizations they have worked with, then ask people of color within those organizations about the effectiveness of the trainer’s program.

Is the “leader” focused on fixing Black or brown people or on dismantling the systems that deny Black and brown people the opportunities for self-determination? Do their programs teach people how to survive within racism, while never addressing the racism that creates the adverse conditions? Do they address “problems in the Black community,” or is their focus on the lack of hiring, funding for entrepreneurs, overburdened taxation, unavailability of healthy food options and other systemic attacks on opportunities that underlie those problems?

Another trait of effective leaders: They will understand the current context of their actions and use appropriate remedies. Organizers and leaders working to bring about social justice need fluent understanding of the current context, tools and methodologies available to them. Marching in Selma may show a one-time commitment to ending racism, but it isn’t a qualification for leading today. Congressman John Lewis, the icon of effective, consistent, anti-racist organizing, kept current with his strategies and tactics until his dying day. In our region, Nikkita Oliver, Kshama Sawant and K. Wyking Garrett afford a 21st century understanding of the morphology and evolution of racism while offering remedies appropriate to this era.

Effective leaders have an action plan. They come with solutions based on nuanced, thoughtful, well-reasoned understanding of the problem. They provide steps and methods for making things better. Many ineffective attempts to address racism have focused on fixing the victims, rather than removing the systems of oppression. Providing housing is necessary, but all the housing in the world won’t help if people are being methodically excluded from both the sectors that create the most jobs and the education necessary to qualify for those jobs.

Finally, good organizers live by one principle: community empowerment. Do their actions result in strengthening the community they purport to serve, or only enhance them and their immediate circle? If the latter, stay away. Are they trying to fix people who are oppressed or fix the systems of oppression? Do they exhibit respect for the diversity within the community they serve, or do they focus on a single oppression while oppressing others? Do they dialogue with and listen to community decisions or take unilateral action the community will not support or sustain in the long run? Are they listening to the accident victim or doing whatever they want?

Here, it’s important to say: Racism has nothing to do with love or hate. Just as male rapists seldom hate women, racists seldom hate Black people. In both cases, the issue is the need to feel superior. If a person or program is attempting to make people of color more like white people, it is racist. If it is asking how white people can get out of the way so people of color can make decisions for ourselves to live free and flourishing lives, it is anti-racist. Most programs in history have been the former. They have failed because there is nothing inherently wrong with us. We are as equally magnificent and equally flawed as our white counterparts. In every case where there have been opportunities, we have used them to thrive and become self-sufficient. To paraphrase Jesse Jackson, look how much excellence Black musicians and athletes brought once barriers were removed in their fields, and imagine how much better the world would be if those same barriers were removed in science, math, engineering, technology, education, law, medicine, and every other field.

Next time, I’ll explore how white people can prepare themselves with an accurate analysis and the right tools to become effective anti-racists.