Fresh from winning Prop 22 in California, the ride-sharing company prepares for battle in Seattle. 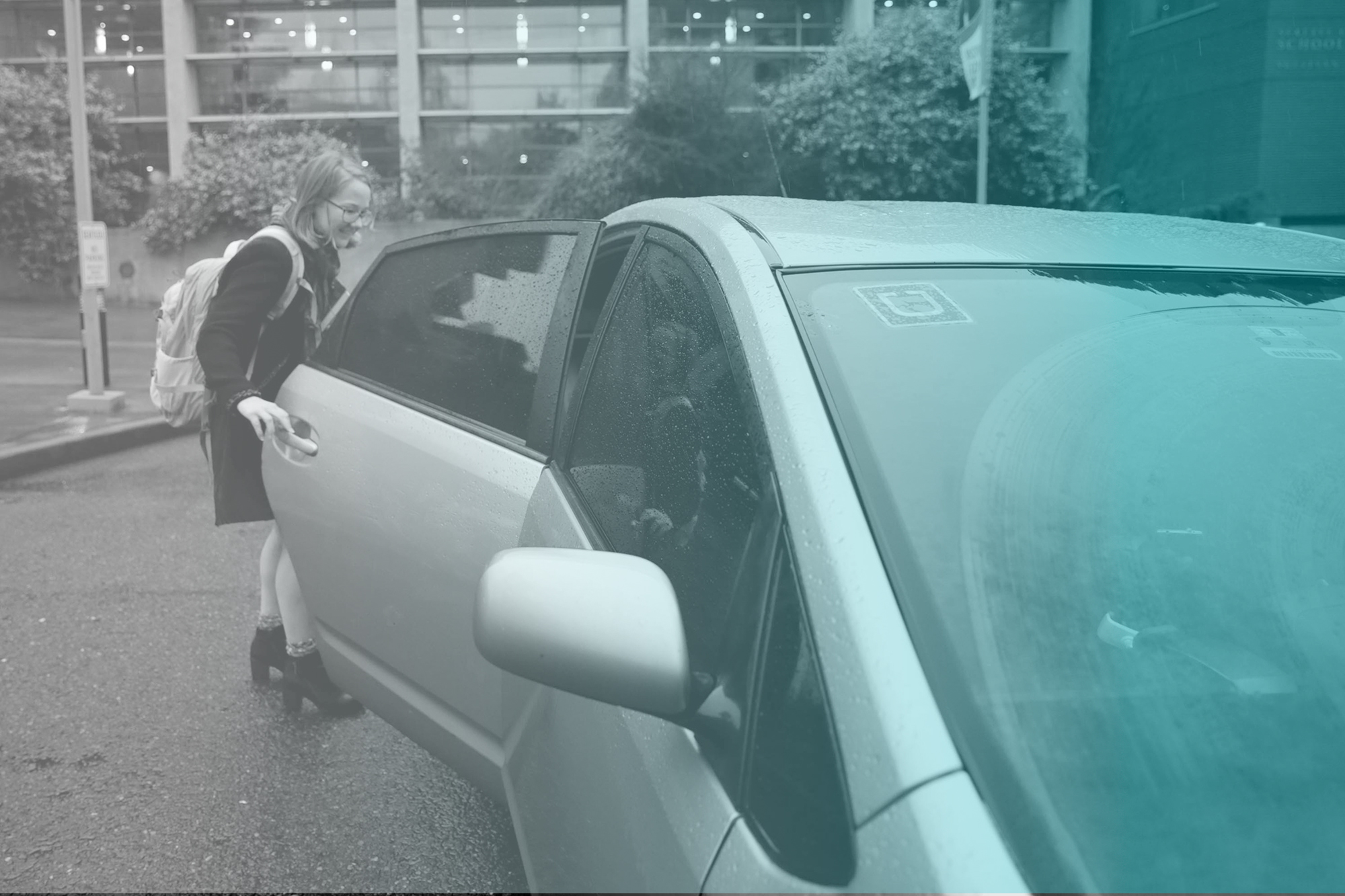 In the closing days of 2020, Uber announced that Seattle trip prices would jump about 24% in the new year, the first of several increases amounting to an expected 50% hike by April. (Jason Redmond for Crosscut)

Uber really wants you to hate Seattle’s new driver minimum wage law. More than that: The company may soon want you to vote to kill it.

In the closing days of 2020, Uber announced that Seattle trip prices would jump about 24% in the new year, the first of several increases amounting to an expected 50% hike by April. The company says it’s trying to cover rising costs brought on by a new law passed in September. As of Jan. 1, Uber and Lyft must pay drivers minimum per-minute and per-mile rates to ensure they receive at least the city’s minimum wage, now $16.69 per hour.

But this move isn’t really about covering costs, it's about sending a message. Uber is an aggressively expanding, venture capital-fueled global corporation that has yet to report a profit. To claim it has no room to absorb a modest pay raise in a single city is more than a little disingenuous. Tellingly, in explaining the price hike, Uber’s spokesperson slammed the Seattle City Council, when in fact — as the company is wholly aware — the wage bump is Mayor Jenny Durkan’s baby, part of her “Fare Share Plan” announced in 2019. But it’s the council, favorite villain and scapegoat to so many media outlets and personalities, whose approval ratings are most consistently rock bottom. Uber’s cynical hope, I imagine, is that some of that unpopularity will rub off on the new law.

Uber doesn’t want you thinking, I’m so glad my driver can afford to feed his family now. Uber wants you to complain to your friends: I’m paying more because of the stupid city council and their stupid new law. The price hike is political — and may be the opening move of a larger campaign.

What exactly is Uber up to? Look no further than down the coast to California.

On Nov. 3, California voters approved Proposition 22 — the most expensive ballot measure in U.S. history, thanks to contributions from Uber, Lyft, DoorDash, InstaCart and Postmates totaling over $200 million. (The opposition spent only a tenth as much.) First and foremost, this measure was designed to head off a new California law intended to stop app-based transportation and delivery companies from misclassifying drivers as independent contractors, thereby skirting labor laws. Prop 22 effectively creates a whole new category of worker: gig contractors with benefits and protections far weaker than employees enjoy.

Prop 22 also contains stringent “lock-in mechanisms” to insulate it from the normal democratic process. Any future amendments will require an unprecedented 7/8 majority of the Legislature. Crucially, this requirement extends to any proposal allowing gig workers to bargain collectively. Further, the measure follows a strategy the right has been using for decades now: using state laws to preempt progressive local action. Prop 22 prohibits local jurisdictions from enacting their own labor policies related to app-based gig workers. In other words, if a similar law passed in Washington state, Seattle’s Fare Share Plan would be a goner.

In the course of their California campaign, Uber & Co. pulled out all the tricks in the book — and made up some new ones, too. There were deceptive mailers designed to look like voter guides from fake progressive organizations. There were threats to raise prices or shut down operations in California altogether. There were inspirational ads featuring poetry read by Maya Angelou. And there was ample, persistent use of pop-ups on the apps themselves to sway and mobilize customers and workers.

It all paid off. Prop 22 passed handily, and the victors immediately began plotting to extend this new labor regime across the rest of the country and the world.

Is Washington state their next target? They’re clearly thinking about it. Last July, Lyft started what is presumably an exploratory political action committee, “Washingtonians for Independent Work,” that has already spent over half a million dollars on consultants and polling, among other expenses.

But there are reasons to think a Prop 22-like law will be harder to win in our state. In California, the slim protections and benefits written into the ballot measure promised a small step up from the bare contractor status that app-based workers were stuck with before. The corporations could therefore sell Prop 22 as an advance for social justice that also preserved workers’ “independence” — as opposed to the grim, inflexible life of a mere employee.

Here, the dynamics are different. Seattle’s new law doesn’t attempt to classify rideshare drivers as employees; instead, like an earlier law passed in New York City, it regulates rates as a workaround to achieve pay commensurate to a minimum hourly wage. A measure modeled on Prop 22, by replacing this local law with much weaker statewide regulations, would slash driver pay. Uber and Lyft will have to get creative and devious to convince drivers otherwise. Moreover, after years of struggle, many Seattle-area drivers are organized. They know the sensation of winning victories together through their union and they’ve learned to be skeptical about messages coming from the boss.

Maybe that’s why Uber’s first move is to undermine Seattle’s new law in the eyes of customers, by raising rates sharply and blaming the driver pay raise.. But that could backfire, too. Paying workers a living wage is a popular idea around here — especially now. “The people most impacted by the decline in Uber and Lyft rides during the COVID-19 pandemic have been the drivers, who have lost 80% or more of their income, yet still bear all of the expenses,” says Lata Ahmed, a driver and board member of the Drivers Union. “During this difficult time, a pay increase is more important than ever.” I’m guessing most voters would agree. In which case, Uber might just come out looking like the bad guy.

On the other hand, $200 million can change a lot of minds. Here in Washington state, we’ve seen big money sink progressive measures that started out popular: Initiative 1098, which would have funded health care and education by taxing high-income households, went from polling two-thirds in favor to going down with nearly two-thirds against in 2010. Carbon fee Initiative 1631 met a similar fate in 2018. Maybe that much money can nudge an unpopular, reactionary measure over the finish line, too.

Will the gig economy heavyweights decide to enter the ring in Washington state this year? We’ll just have to wait and see. But don’t be surprised when your Uber app starts telling you how to vote.

Plus, sublime slime and a trip to space.