When property rights are pitted against housing as a human right, things get messy. 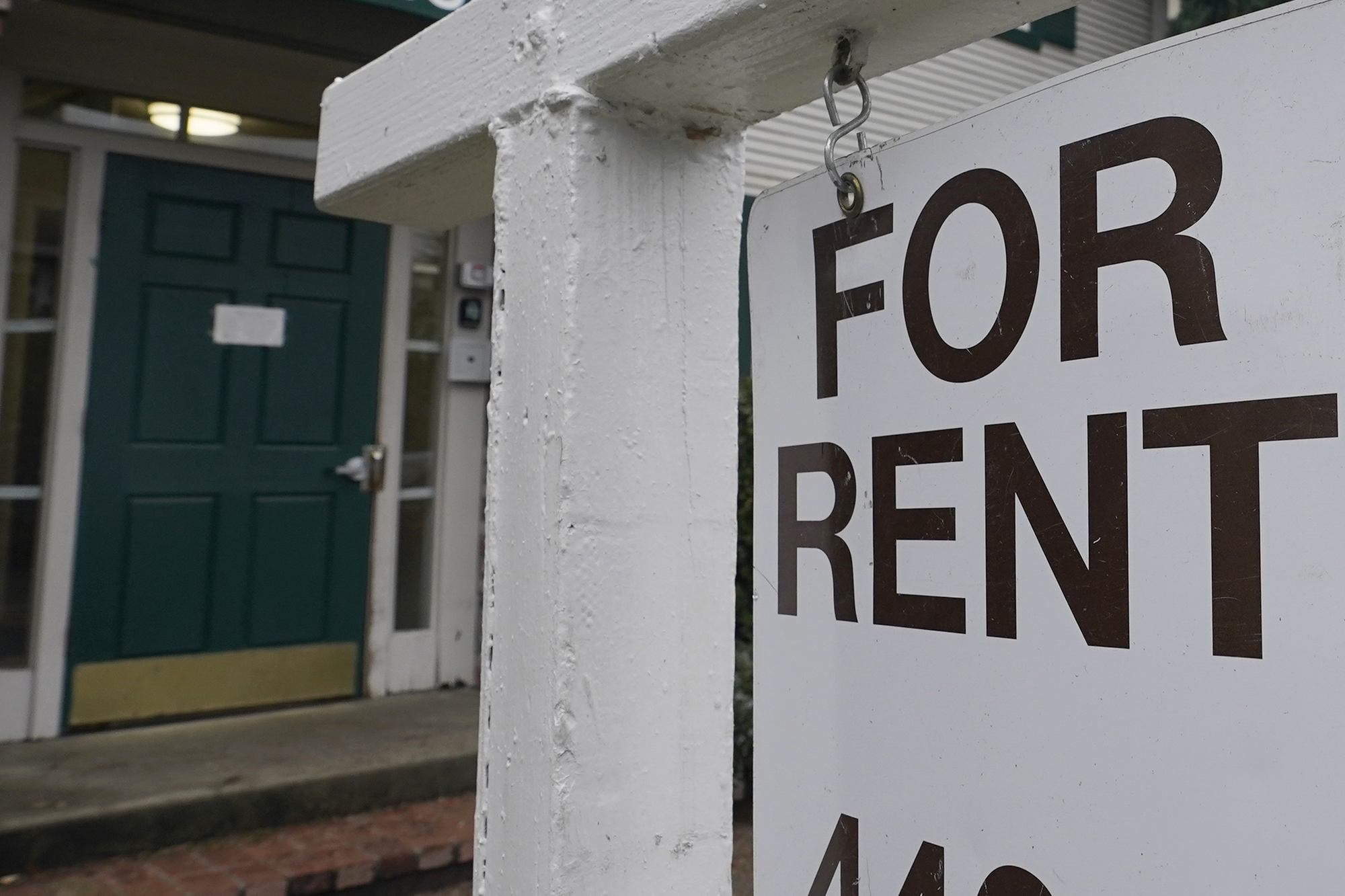 In this Jan. 27, 2021, file photo, a for rent sign is posted in Sacramento, Calif. Gavin Newsom, the state's governor, and state legislative leaders announced the extension of the statewide eviction protections on June 25. The extension will run through Sept. 30. (Rich Pedroncelli/AP)

Last week, I wrote about a recent push in Seattle and King County for stronger renter protections — both emergency measures like eviction moratoriums and permanent ones like “Just Cause” eviction laws — and debunked the landlord lobby’s claim that such laws hurt renters by reducing the rental housing supply. But that discussion raised larger questions about “mom and pop” landlords, who often end up at the center of political debates about renter protections. Are they really struggling? And, if so, what should policymakers do about it?

Renter protections are always highly contentious. They get at a deep-seated tension in capitalism: What is for one person an asset, an investment and a revenue stream is for another person a home — filling a basic need, something without which life falls apart. Are property rights sacred, or is housing a human right? You can’t have both. [Disclosure: I have been personally involved in advocating for increased rental protections through the Transit Riders Union and the Stay Housed Stay Healthy coalition.]

This is the second in a series on the rental housing market. Read the Parts 1 and 3.

The pressing need for renter protection laws generally arises in hot housing markets. With renters competing for units, landlords have little incentive to work with someone who struggles to pay on time, or whom they dislike for any reason at all. Why not kick them out and get a new tenant who can pay more with ease?

With affordable housing increasingly scarce, there are plenty of people who struggle to pay. Across Washington state, for example, over 45% of renter households are cost-burdened, spending over 30% of their income on housing. In a tight market like ours, it’s very difficult for people to find a new home if they are evicted or otherwise lose their housing. In such circumstances, eviction overwhelmingly leads to homelessness and becomes a social problem in search of a policy solution.

That points to a more mundane reason why renter protections are contentious. By definition, an effective protection is one that reduces evictions or makes it easier for marginalized populations to obtain housing. In other words, landlords who would otherwise get rid of a tenant or reject an applicant are unable to do so, or choose not to do so, because of these laws. The more effective the policy, the more evictions and rejections are prevented, and the greater the number of landlords who feel that the government is usurping their authority over their piece of property. Of course there’s a fight.

Arguing for the sanctity of private property doesn’t play well in socialist-sympathetic Seattle and its growing progressive environs, so landlord groups usually look for arguments that work better. Often, this means invoking the struggles of small mom and pop landlords.

“I’ve seen lobbyists put mom and pops on the front lines of these policies to hide the fact that large landlords are the real culprits of most evictions,” says Tim Thomas, research director of the Urban Displacement Project at University of California Berkeley, who has led extensive research on evictions in Washington state.

Large corporate landlords are indeed the biggest culprits. According to just-published research from Boston by Princeton University professor Henry Gomory, “large landlords file evictions at two to three times the rates of small landlords.” And they do it “over less money owed and more often as a rent collection strategy.”

While it’s true that large corporate landlords and the organizations that protect their interests tend to hide behind mom and pop landlords, many small landlords are also genuinely opposed to renter protections. Members of Seattle Grassroots Landlords, a group that formed last year, have testified against renter protections at recent Seattle City Council and King County Council meetings. (Their Facebook group is now called Seattle Grassroots Landpeople, presumably an attempt to erase the gendered and feudal overtones of “landlord.”)

Since small landlords are complaining and not the main problem anyway, you might think the solution is simply to exempt them from renter protection laws. This is a bad idea for a couple of reasons. For one thing, drawing an enforceable legal distinction between large and small landlords is challenging, in part because large landlords often create separate limited liability companies, or LLCs, for each property.

“I worked with a domestic violence survivor and a landlord questioned whether she would be a good tenant and if he should rent to her based on her history,” she says. “He said it sounds like she ‘likes bad boys,’ and he didn’t want any trouble.”

WHEEL, which runs two shelters for homeless women in Seattle, recently wrote to the King County Council, “One of our sisters is here because her landlord made persistent sexual advances, and retaliated when she refused him.”

Plenty of small landlords are kind, decent and fair. Others, not so much. A faceless corporation might serve you an eviction notice the moment you’re late on rent and charge you hundreds in late fees; it’s your mom and pop who’s more likely to enter your home unannounced or decide not to renew your lease because he doesn’t like your political views or because his buddy from college wants to move in. Pick your poison.

There’s a strong racial dimension to smalltime landlordism, too. Thanks to our region’s history of racial segregation and discrimination in housing, combined with all the other factors preventing Black and other families of color from accumulating generational wealth, mom and pop landlords as a class are overwhelmingly white. In a 2018 survey of over 4,000 Seattle landlords, 82% of respondents who answered the question about race reported being white. Meantime, in 2017, only 65% of Seattle renters were white, and over half of individuals with evictions filed against them were people of color; 31% were Black. These stark disparities create potential for racial discrimination in the tenant screening process as well as in evictions.

Recognizing all this, policymakers have generally opted not to exempt small landlords from renter protection laws. As I argued last week, there’s no evidence that such laws reduce the rental housing supply or even single family rental housing supply in the aggregate. Still, there are plenty of anecdotal reports that some mom and pop landlords are choosing to sell because of new regulations. Responding to my column last week, one landlord emailed me:

“I am either going to sell a single family rental, or convert it to a short-term rental, because of the new housing laws passed in Seattle. It’s not a knee-jerk or uninformed response, but actually a very rational one to limit catastrophic financial risk.”

Another wrote: “Anecdotally, of the about 15 to 20 small housing providers I know, six of us have sold or plan to sell some or all of our rental houses or apartments. And this is because of the crushing burden of regulations in Seattle and King County. … It’s the laws like first in time, like no criminal history checks, like emotional support animals, like allowing any loosely-defined ‘family member’ the right to live in an apartment without the landlord’s consent.”

In the 2018 landlord survey mentioned earlier, 40% of respondents said they “have sold, or plan to sell, property in response to City ordinances governing the housing market.” Self-reported claims from self-selected survey respondents asked to comment on laws that annoy them should be treated with a healthy dose of skepticism; still, these are big numbers.

Next week, I’ll take such claims at face value and assume that many mom and pop landlords are getting out of the landlord business because of renter protection laws. Then I’ll ask the question, should we care?