In Seattle mayoral race, top contenders must make a case for change 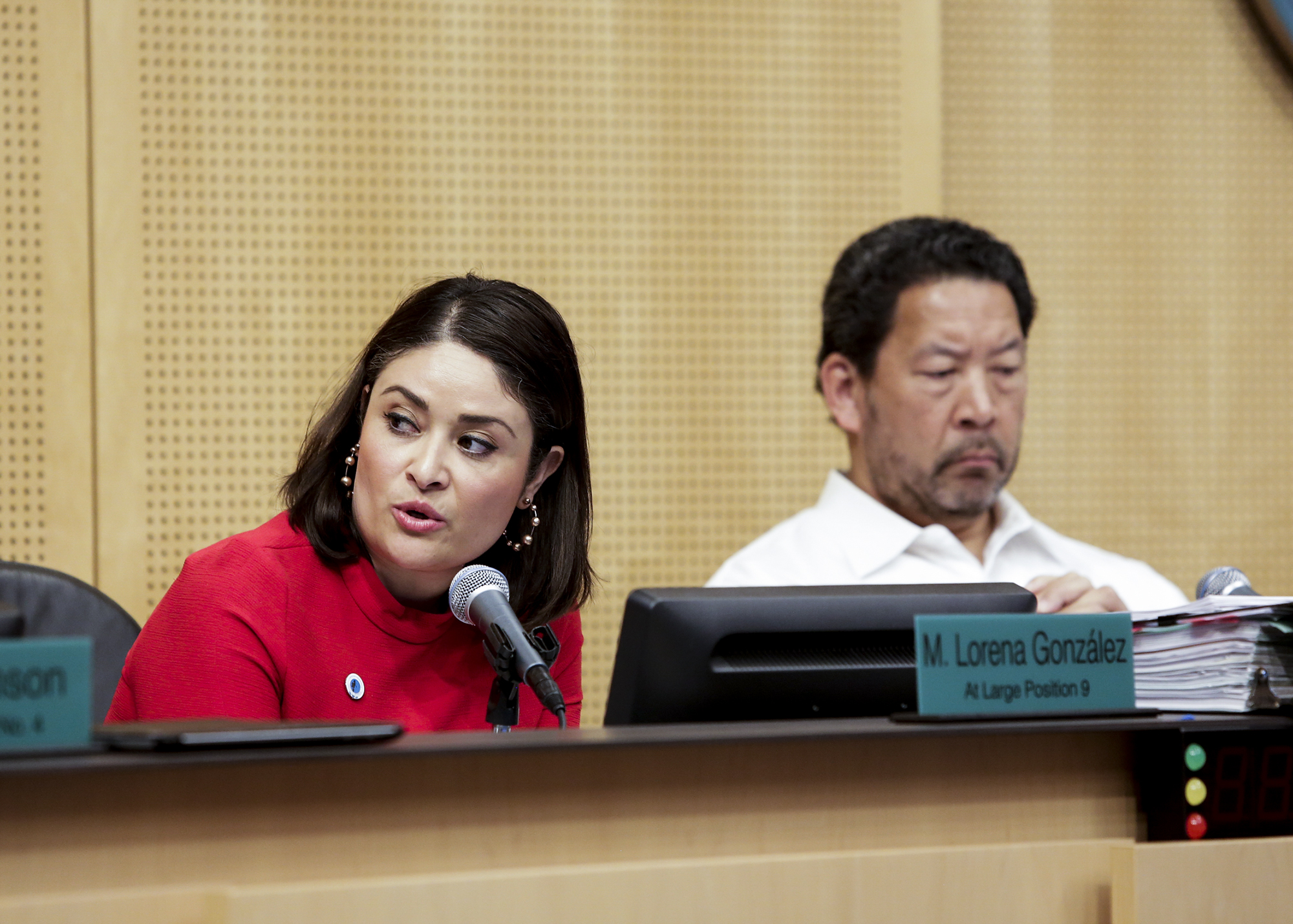 Councilmember Lorena González speaks during a Seattle City Council special meeting Friday, May 11, 2018 in Seattle. Today, Harrell, no longer a city council member, is running for mayor. He and González, who serves as City Council president and is also running for mayor, are considered top contenders to advance to the November general election. (Jason Redmond for Crosscut)

If voters are as agitated as they seem about the city’s recent fall from grace, they will not take kindly to candidates in the mayoral and other contests who can’t credibly articulate a case for change.

Mayor Jenny Durkan opted not to seek reelection. Among the frontrunners, then, Seattle City Council President Lorena González, if she wins the August primary and advances to the November general election, will be the effective incumbent. That’s not because she and the mayor are politically aligned, they aren’t.

González will have to play defense because she leads a wildly unpopular council, and also because she epitomizes some of its more alienating actions.

One example: Last summer, at the height of protests and unrest, the city council, including González, pushed hard to defund the police up to 50%. (That deep of cut never happened.)

That was then, this is now. We have all learned a lot. “Defund” has to be the most poorly named political movement ever. It alienates moderate Democrats, older communities of color and independent voters across the country, leaving national Democratic Party leaders like President Joe Biden and U.S. Rep. James Clyburn scrambling away from it. Indeed, excessive woke posturing could lead to significant Republican Party gains next year in the U.S. House and Senate.

To be clear, reforming police in numerous ways has a ton of public support, including mine. By contrast, polls show support for defunding at about 18% nationally and not much higher in Seattle and King County, according to a Crosscut/Elway Poll last fall, which asked whether respondents supported cutting the police department budgets by half.

Yet when González was asked in a Seattle Times questionnaire published in June whether she favored defunding by 50%, she didn’t say no, she said maybe.

Maybe? Really? With the homicide rate as high as it is? With small business owners all but marching on City Hall to lament concerns about public safety in their establishments?

González’s spokeswoman Heather Weiner said Sunday: “The city is currently conducting a review of the [Seattle Police Department] budget and considering what functions could be transferred to civilian departments. The SPD budget has gone unchallenged for far too long, and the details have been hidden even from elected officials. This will not happen under Lorena’s administration.”

Bruce Harrell, another favorite to move on to the general election, is not for defunding police. He favors redesigning the department first, then talking about numbers and budgets afterward. That could mean increased or decreased spending.

If Harrell does make it to November, he has the benefit of the word “former” before his title of Seattle City Council president, but former by just two years. And in that way, he has his own significant challenge.

Harrell can talk credibly about not being connected to some more outrageous actions by current members, but since voters don’t live, breathe and mainline this stuff all day, some people will hear his name and think, “Isn’t he that guy on the council?”

No, but he will have to work deftly to emphasize the distance and remind people why his time on the council was noticeably better.

“Based on my conversations at farmers markets and grocery stores, the city has lost total confidence in the city council,” Harrell said in an interview last week. “They have lost confidence in the executive office working with the council. I make it crystal clear that I am tired of criticizing the past. I am going forward.”

A recent poll done for another potential frontrunner, Colleen Echohawk, showed a shocking 84% of voters believe the city is on the wrong track; 67% of those agreeing with that sentiment blame the council. This poll has many — maybe too many — undecided voters, but its right- and wrong-track results confirm or exaggerate earlier polls showing a majority of Seattleites feel the same.

The reasons are myriad. But one shamefully underreported saga from last summer is emblematic of the problems exhausting voters. Protesters were so appalled that Councilmembers Debora Juarez and Alex Pedersen opposed plans to defund police by 50% that they harassed them at their homes.

All summer long, as Juarez told me at the time,  protesters marched in front of her house, writing misogynistic words on the driveway and street, urinating on neighbors’ lawns, referencing her recently deceased mother in vile terms, making noise, shining headlights into her home at all hours and threatening her and her family. All because she held a different opinion. How tolerant.

And where were the leaders of the city council?

González, the council president, sent out a weakly worded press release that was part tribute to the protesters, part shame on you. No profile in courage, it was hard to tell whose side she was on, or what, if anything, she wanted to stop. González, through a spokeswoman Sunday, said she also had protesters yelling outside her condo building in the middle of the night, disturbing her and her neighbors. She told KOMO at the time, “The language being used by some of these protesters is misogynistic [and] it is sexist at its core.”

Juarez, I should point out, was the first Native American elected to the city council, which prompted Echohawk, another frontrunner, also Native American, to tell me in an interview last week: “I am really sensitive to violence against Native American women. As mayor or council president I would have specifically called out that we need to be protective of our council members. I would have asked the protesters to go to a public space.”

Harrell also said last week: “In an era of emboldened political hate, it is imperative that we never mince words or provide a wink and a nod to these activities. In addition to the obvious safety and well-being of public officials and their families, there is disruption and trauma to neighbors and other innocent people.”

Here’s another fun fact. Four of nine current council members have endorsed González for mayor — in other words, they like things the way they are. Councilmembers Juarez and Pedersen have not endorsed yet. Councilmember Dan Strauss backs Echohawk and Jessyn Farrell.

Zoom out for a second. A few weeks ago, a former police captain, Eric Adams, won the New York Democratic primary for mayor. The fact that voters in that liberal mecca signaled concern about public safety and a desire for more practical governing could be illustrative for us.

Saddle up, Seattleites, bumpy terrain ahead. Voters must listen carefully and decide who owns the current assortment of problems plaguing our city and who can carry us to sturdier ground.