Biden, Hamlet, and the anxieties of late-stage capitalism

Economists, struggling to define our era, aren't sure what comes next. 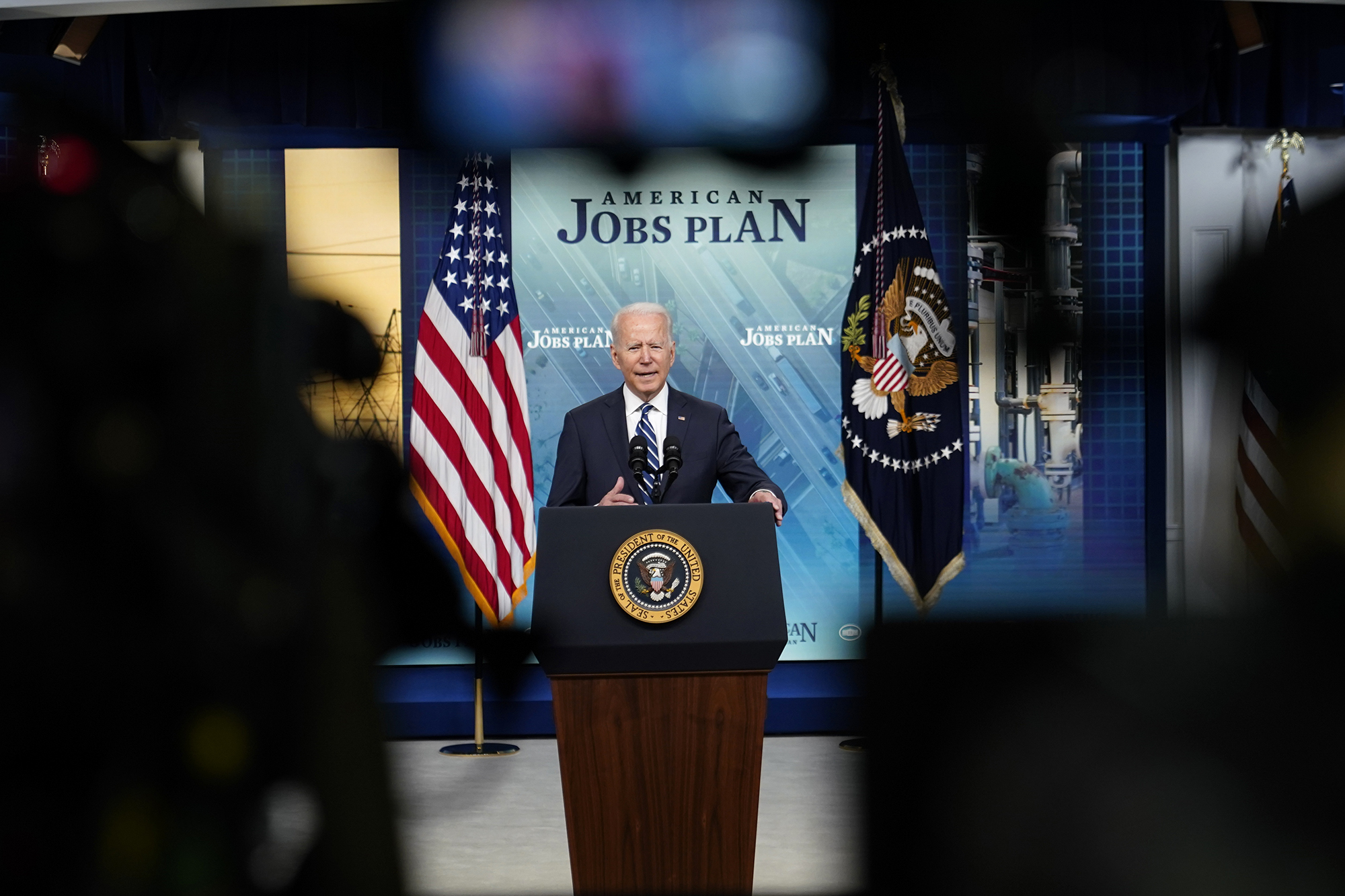 Like many progressives, I’ve been impressed by President Joe Biden. He really has tried to dust off, shine up and lace on the shoes of Franklin D. Roosevelt.

Right out of the gate, Biden went big on COVID-19 relief and stimulus. Now he wants to go big on infrastructure, education, child care subsidies and more. To do that, he knows he’ll need to tax corporations and the rich. His left-wing former rival, Sen. Bernie Sanders, is in a position of real power as chairman of the Senate Budget Committee. Sure, all these plans are destined to lose some of their luster moving through Congress. But who expected such an ambitious agenda?

Biden has also moved to curb corporate dominance and the growing monopoly power of Big Tech, appointing an impressive team of 21st century trustbusters to key positions and signing a sweeping executive order in early July. As he said in his speech on that occasion: “Capitalism without competition isn’t capitalism; it’s exploitation.” The leftists in the room will note a few superfluous words, but coming from the president? It’s a striking statement.

All of this has solidified an emerging near consensus that we’re in a new era, at least as far as economic thinking and policymaking goes. Neoliberal and free-market orthodoxies were shaken by the 2008 financial crisis and ensuing Great Recession. Now they’re downright crumbling under the weight of the COVID-19 pandemic. But what’s emerging in their place? And where is the economy headed?

Last month, Foreign Policy magazine published mini-essays by 13 economists and thinkers attempting to name and trace the contours of this new economic era. A common thread winds through many of the contributions: Big, interventionist government is here to stay. And one thing governments will continue to do is spend big money, whether to stimulate a flagging private sector or to try to compensate for its inadequacies.

Mariana Mazzucato of University College London sees an opportunity for “a new social contract” after a long period in which “the relationship between government and corporations has been parasitic, not symbiotic.”

Ruchir Sharma of Morgan Stanley Investment Management argues that the trend toward big government and big spending isn’t new, but rather has been deepening pretty much since Keynesianism first took hold during the Great Depression of the 1930s. Now, he says, we are firmly in “the era of secular stimulus, with economies hooked on the increasingly unsatisfying drip feed of constant government support.”

Deirdre Nansen McCloskey, formerly of the University of Illinois at Chicago, decries the rise of “the parent state” with its “spending and regulation galore.”

Mohamed A. El-Erian of Allianz and Queens’ College at the University of Cambridge sees an expanding public sector as necessary “after too many years of low and insufficiently inclusive growth.”

A wide variety of interpretations, clearly. The authors highlight other concerning trends, too, from rising inequality within and between nations to political polarization, international tensions and an accelerating pace of social change. But most of all, the essays are pervaded by a sense of uncertainty, of sailing into uncharted waters. That’s why Foreign Policy decided to call the collection “Fuzzynomics,” one contributor’s name for this new economic era.

I would have gone with “Undiscovered Country,” the name suggested by Eurasia Group President Ian Bremmer. He counsels courage:

“We are entering an undiscovered economic landscape. Let us heed William Shakespeare’s warning in Hamlet and not be cowards as we face the unknown:

The undiscovered country from whose bourn
No traveler returns, puzzles the will
And makes us rather bear those ills we have
Than fly to others that we know not of?

I’m always up for a good Shakespeare quote, but this one is a curious choice. The undiscovered country is, of course, death — or the shadowy realm that lies beyond.

The famous soliloquy in which this passage appears is indeed about cowardice and courage. Hamlet muses that out of fear we will often passively endure the “slings and arrows” that life deals us. Bold action, he seems to have concluded by the end, is the nobler course.

But, while the success of Hamlet’s undertaking may be uncertain, its nature is not. He’s been directed by his father’s spirit to avenge his murder by Hamlet’s uncle. The “sea of troubles” Hamlet takes arms against involves a polity so corrupt, so rotten, that only regicide can begin to set things right. The morbid ruminations about the undiscovered country arise, in part, because he intuits that his “enterprises of great pitch and moment” will end in his own death.

The courage Hamlet tries to summon isn’t really about forging into the unknown, as Bremmer suggests. It’s the will to take up his proper part in a highly constrained drama. Accidents play a role, but the underlying forces of politics and personality are largely preset, and events unfold with a sense of terrible inevitability. Hamlet’s tragedy is to dither and delay, which only makes things worse. By the end, the entire royal family has self-destructed.

An existential climate catastrophe, historic inequality and a global pandemic? Deadly inaction? As a mood for our own moment, the apocalyptic vibe isn’t wrong. Powerful rulers steeped in hypocrisy and drained of legitimacy, the inexorable pull toward a decisive final conflict? It even feels a little Marxian. (Karl Marx was, incidentally, an enthusiastic devotee of Shakespeare.)

Bremmer may mean to recommend steady leadership in uncertain times, but I think he’s captured something more fundamental about the underlying mood of our capitalist overlords. Whatever happens to the economy this quarter, this year or even this decade, a cloud of foreboding hangs over their collective future, the kind that drives the superrich to invest in luxury doomsday bunkers. Something’s rotten at the top.

Of course, Marxists have been anticipating the relatively imminent demise of capitalism since 1848. As a revolutionary wave swept through Europe in that year, Marx and Friedrich Engels wrote in the Communist Manifesto:

“[T]he bourgeoisie is unfit any longer to be the ruling class in society … because it is incompetent to assure an existence to its slave within his slavery, because it cannot help letting him sink into such a state, that it has to feed him, instead of being fed by him.”

It’s not surprising that words like these should resonate in an age when full-time workers end up on welfare. But 1848 was a long time ago. Again and again, through crisis after crisis, capital has found ways to restructure itself, defuse discontent and keep on growing. Why should this time be different?

Scoff if you want to. But Jeff Bezos, as close to a personification of 21st century capitalism as exists, isn’t laughing. You could look at the Bezos space race as a billionaire pissing contest, or what happens when a Star Trek-obsessed child grows up to be the world’s richest human, or simply a space tourism business venture. But it’s also a bid to escape a future of stagnation and decay by opening up vast new frontiers to resource extraction and human population growth.

Capitalism is running out of road because there are, quite literally, no more undiscovered countries.

This is the kind of claim that can’t really be argued to a finish. A hundred years from now, I believe it will be perfectly obvious to everyone that an economic system based on private profit-making and the ever more efficient exploitation of human labor as a means to that end, a system whose dynamics demand endless expansion to avoid collapse, couldn’t go on forever. But there are plenty of ways to argue that capital can in fact be tamed, that a new balance can be struck between public and private sectors, that growth can continue or is unnecessary, that we can have the good parts of capitalism without the parts that muck up the planet and oppress the body and crush the soul.

Sitting here as the wildfire smoke sets in, pondering the latest dire warnings from the Intergovernmental Panel on Climate Change and why we can’t even get an infrastructure deal that prioritizes public transit over cars, I’m not sure which side most needs to argue its case. I guess we’ll just strike out for capitalism’s undiscovered country and see where we end up.