Something’s not right about a situation where out-of-state unions can influence local elections, but Seattle-based Amazon can't. 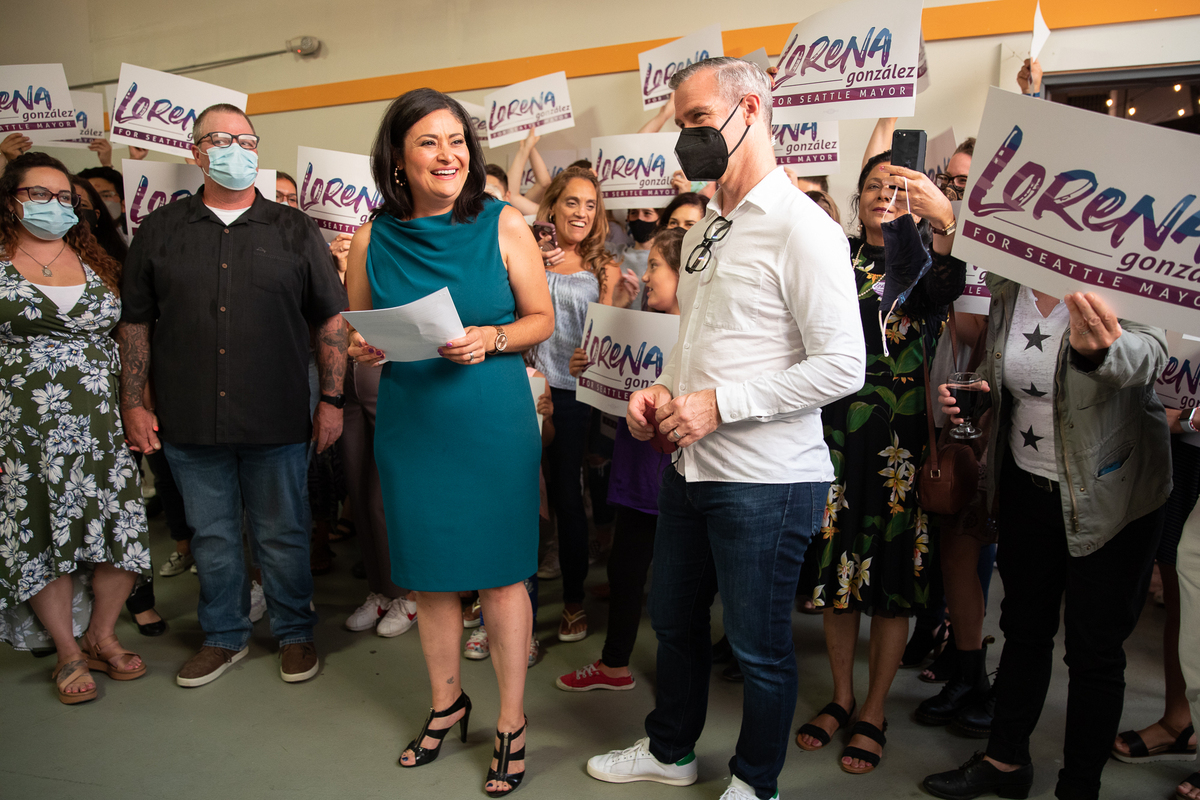 Remember the Seattle City Council’s ban on most political spending by “foreign influenced” corporations? Great. Neither do most Seattle voters.

The legislation, sponsored by council President Lorena González, now a mayoral candidate, passed the council unanimously. It prevents, among other things, corporations with a single non-U.S. investor holding at least 1% ownership — a category that includes dozens, maybe hundreds, of companies — from making financial contributions in Seattle elections.

Because of the new law, Seattle-based Amazon, employing roughly 60,000 people here and paying taxes, cannot participate financially in the debate about who should run the place.

Meanwhile, big unions like Unite Here, based in New York City, and UFCW of Washington, D.C., can spend on city elections in favor of González until the cows come home.

As of Monday morning, two-thirds of the independent expenditures for her campaign came from out of state, compared with nearly 5% of opponent Bruce Harrell’s.

And, yes, there is a difference between out-of-state and foreign influenced, but more on that in a minute.

One thing is clear: The upcoming mayoral race between González and Harrell will be close and hard fought. Any benefit to either candidate could decide the race — and the future direction of our city.

The law was passed under the guise of election reform, but it unfairly limits one side in our habitual Seattle political divide: business. If the goal was to eliminate outside influence, it didn’t hit all the marks.

“Is [the law] intended to prevent foreign influence in city elections?” asked Rob McKenna, former Washington attorney general. (McKenna is also a board member of Crosscut’s parent organization, Cascade Public Media.) “Or is it intended to block the business community’s involvement in city politics?”

Perhaps González knew she would run for mayor or council when she devised these rules a year and a half ago. I can’t know what was in her head or heart. But there is an obvious level of hypocrisy in shutting down contributions from corporations rooted here, while leaving the gate wide open to unions based out of state.

“This bill was passed because it was sound policy,’’ said Alex Koren, campaign manager for González. “This was a loophole. … A panel of national experts came in and gave a presentation on how foreign actors were using this loophole through corporations to influence elections. This bill passed unanimously, including [with votes from] Councilmembers Debora Juarez and Alex Pedersen, who are supporting Bruce Harrell, and it was signed by the mayor.”

The vote came after Amazon, with its lousy political acumen, dumped $1.5 million into the 2019 city council elections and lost nearly every race it tried to influence.

At last, Seattleites found something they agree on! No one likes a giant company attempting to overly influence a local election.

Personally, I don’t care what Amazon can and cannot do.

But as travel guru Rick Steves often says standing outside some quaint 300-year-old winery or chocolate factory on his TV show, “Let’s go have a look.”

If you look at the independent expenditures as of Monday, Harrell had received more money than González, though, again, she had the much higher percentage of contributions from outside the state. Her bigger contributors are unions, local and national. His are business and real estate, but some businesses, as mentioned, are blocked by the law.

If you tally the individual donations and vouchers offered to candidates, a different pot of money, González had 11% outside the city, and Harrell, 14% in that category.

Candidates have no control over where contributions come from. But it is odd to think that our elections can be impacted by out-of-state unions with a national agenda.

The counter to that, obviously, is what about having a global company like Amazon with a global agenda participating?  Fair question, but I think the company’s giant presence here gives it a right to speak in local matters.

The business-union divide is persistent in our politics, though Seattle has always been more successful when these entities work together on things like light rail and on park and library levies.

Many Seattleites, myself included, appreciate the work unions do. I was a union member for many years in the Newspaper Guild. Workers need protection.

You wonder if this current election framework is legal.  Many lawyers and experts I spoke to do not believe the foreign-influence law would withstand a court challenge. Because no company has stepped forward to challenge it — think brand damage — it remains the law of the land.

“I don’t think it would stand up to court challenge,” said Mark A. Smith, professor of political science at the University of Washington. “The Supreme Court has consistently held that corporations can’t be limited in their spending, as long as it is done independent of the candidate.”

In 1976, Smith explained, the U.S. Supreme Court ruled that getting a message out through spending was a form of speech and could not be limited, as long as it was separate from a candidate’s own campaign. That principle applied to corporations, as well as individuals.

So you say this is apples and oranges, and not necessarily Washington-grown apples. Foreign influence is one thing, out of state is different. Agreed. But out-of-state money is still outside influence.

I agree with those who say union money is holier than corporate donations because union contributions represent and include sentiments of working people. When they make political contributions, giant corporations are unlikely to care what their employees think.

The independent expenditures mentioned here are funds largely raised and spent during the primary, with some additional money arriving recently. The same interests on both sides are likely to pour additional funds into the general election.

So, for now, we have a possibly illegal law setting the rules for an important election that puts one side at a blatant disadvantage. Seattleites either don’t know this or they shrug and say, Amazon (and other businesses) got what they deserve.

That seems too simplistic. We all want, should want, elections to take place on an equitable playing field.